If the dimensions of the 2015 Ford Expedition Platinum 4x4 haven’t attracted your attention, perhaps its 22-inch polished aluminum wheels or its white platinum metallic coat might just do the trick.

If the dimensions of the 2015 Ford Expedition Platinum 4×4 haven’t attracted your attention, perhaps its 22-inch polished aluminum wheels (a $2,250 extra cost) or its white platinum metallic coat ($400) might just do the trick.

With room for eight passengers inside, Ford’s full-size SUV is ready to haul all.

Some might argue that the Expedition’s existence on the automotive market can be likened to an archaic mentality that you need a gargantuan, gas-guzzling vehicle to get you around. Or to help expel the notion that one can be cool AND be a soccer mom, without having to captain the dreaded minivan.

Regardless, people are still buying them – maybe not at the same take rate as when fuel prices weren’t yo-yoing like an enthusiastic child – but the demand is still there.

Besides, it’s nice to have such luxuries as leather-appointed seats, running boards that manifest themselves when you open the doors, and a seating position that perches you so high that you start to enjoy the view from up top.

But is it overkill?

That’s not my place to judge.

Just because it doesn’t necessarily fit into my lifestyle, that doesn’t mean someone else won’t get a solid use out of it. Or just wants it because of its size, and its use as a status symbol. This trim of Expedition is not cheap. Its base MSRP is $66,399, and have with an as tested price of $70,949 (excluding taxes.)

I’ll admit, having all that space behind the front row did make it easy to load and unload my road bike for my latest triathlon race. It was also a conversation starter with random people pretty much anywhere.

Whether you need all the space, or just don’t want a minivan, or you just want one because of its size and stature, the 2015 Ford Expedition is ready to be your massive chariot. 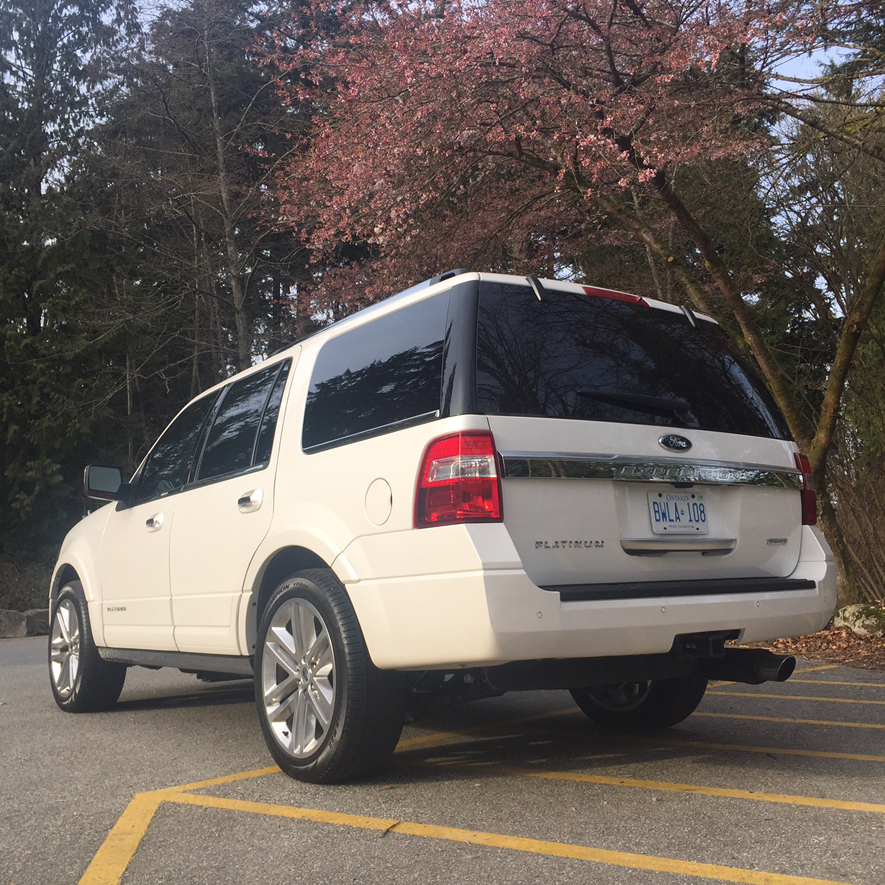