I had a feeling I might have ventured into one of those “right car for the wrong guy” situations.

The Subaru BRZ tS was a beauty all right – sleek, spotless and shining in a sun-reflecting shade of sexy Crystal White Pearl.

But I wasn’t sure I was in sync with the big-spoilered and brash boy-racer imagery, what with my pants pulled up and my hat not on backwards.

The first indicator that something’s off usually occurs at a stoplight, whenever a woman looks over at my hoary head of grey in whatever sports car I’m driving and gives me that knowing smirk of instant midlife crisis categorization.

I should carry a sign that says, “Hey lady, I’m just testing it” instead of peeling away with a tire squeal that only confirms her initial assessment. 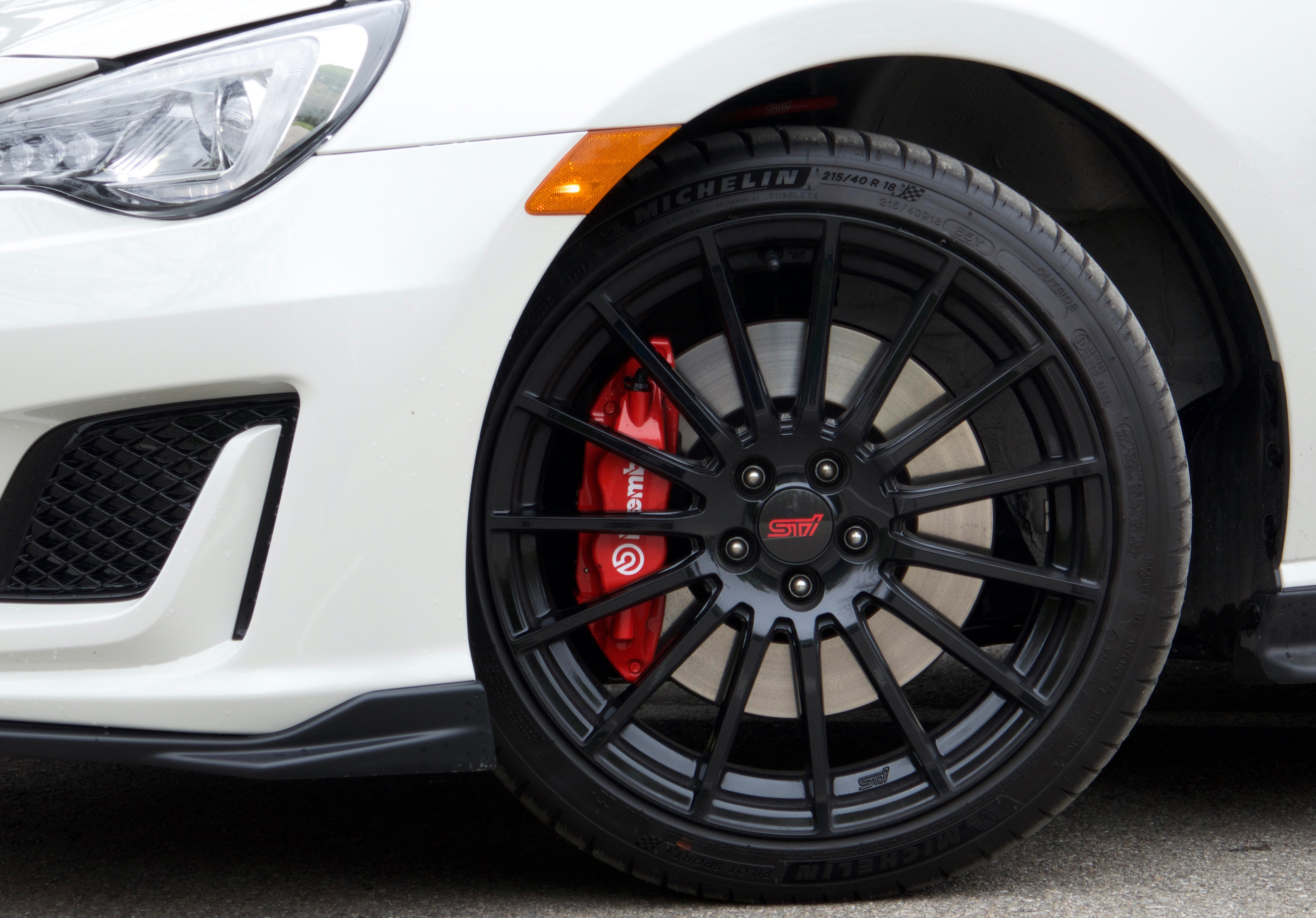 Every once in a while, performance fans get a treat when Subaru pushes beyond the boundaries of boxer-engined, all-weather, all-wheel driving wagons, sedans and crossovers.

Soob already took a flier with the BRZ (Boxer, Rear-wheel drive, Zenith) when it partnered with Toyota (FR-S and now 86) to produce an enthusiast’s sport coupe with the best traits of balanced rear-wheel-drive handling and performance.

Last year, Subaru topped that lineup with the 2017 Inazuma Special Edition, a yellow-clad car that featured sport tweaks to the suspension, braking, handling and cosmetics. 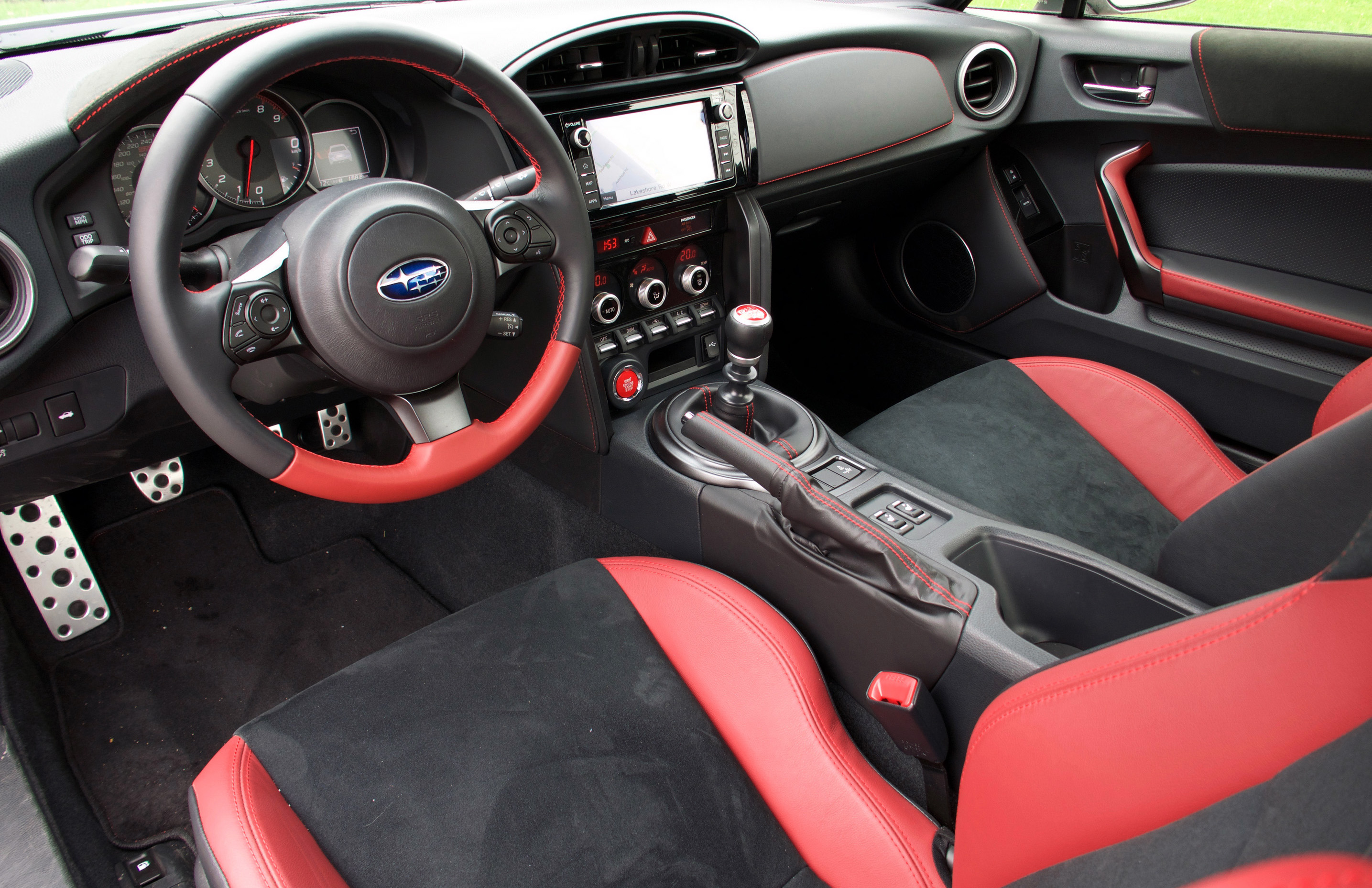 This year’s 2018 tS model ($37,395) takes that concept a step further, handing the tS off to the special attentions of the STI division.

Now, don’t get your hopes up too high because, yes, with Subaru’s rally-inspired WRX model, STI customization includes both power levels and performance.

Not so with the BRZ tS. The 2.0-litre boxer four-cylinder’s 205 hp and 156 lb/ft of torque through a stubby six-speed manual carries over unchanged.

Cue the enthusiast whining. And, hey, I’m with you. A little intake or exhaust stream modification for even a minor power percentage upgrade, anything to hang your hat on, would be nice.

But when STI focuses on tS grade models (tS means “tuned by STI”), the division limits itself strictly to steering, suspension, handling and driving dynamics.

An impressive list of changes, however, starts with STI-tuned front and rear SACHS dampers and coil springs, while flexible V-bars in the engine bay are complemented with draw stiffeners below to improve steering response. 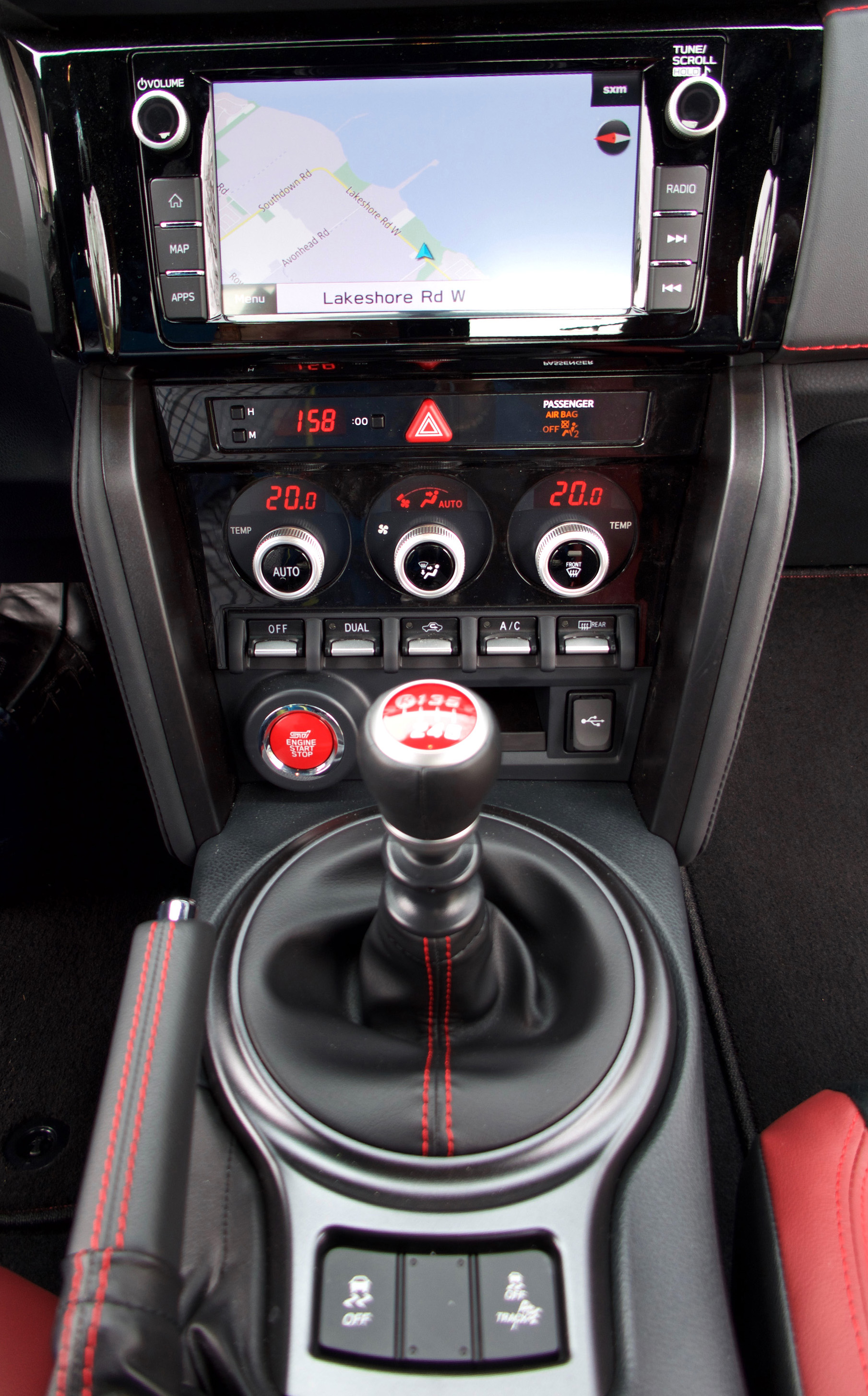 The front fascia is unique but the most obvious addition is in back with the look-at-me bad boy spoiler, a STI-marked, manually adjustable dry carbon fibre wing. Front, rear and side under spoilers also contribute to improved high-speed stability.

Sport suspension ride and handling traits may shake, shimmy and scald your nethers after the drive-thru but the tS performs as advertised, carving corners exquisitely and just generally sticking to the road like snot to a screen door.

If the boy-racer spoiler isn’t enough to set the BRZ tS apart, the exterior is marked with a Cherry Blossom Red accent around the front grille and rear bumper cover.

There’s STI badging on the wheel caps, wing and body kit components and the look is completed with the blacked-out treatment to the wing, wheels, window trim, mirrors and roof-mounted shark fin antenna.

Inside, the BRZ tS carries off a kind of Deadpool ambiance. It’s all black and red leather with the same sassy attitude. STI components include the steering wheel, gauges, red shift knob, red seatbelts and red push-button start. Grippy Alcantra seats hold you close in the corners and they are also red-stitched and handsomely embroidered with the tS logo.

I’d be tempted to push the interior look further with a flat-bottomed “D”-shaped steering wheel, a few more unique traits and using the toggle-style switches from the HVAC system to replace some of the standard issue buttons.

But, hey, the look works, emphasizing the snug and sporty confines of the coupe.

The BRZ tS feels almost like a two-seater, with a blissfully pointless second row, reserved for the personal junk you toss back there or any passengers stupid enough to try and climb in.

BRZ fans can graduate to a more exclusive club with the tS, only the second vehicle offered here with the STI badge and available for one year only in a limited edition of 100 units consigned to Canada.

A test ride might be all it would take to persuade you.

Let’s hope for a power bump in future. 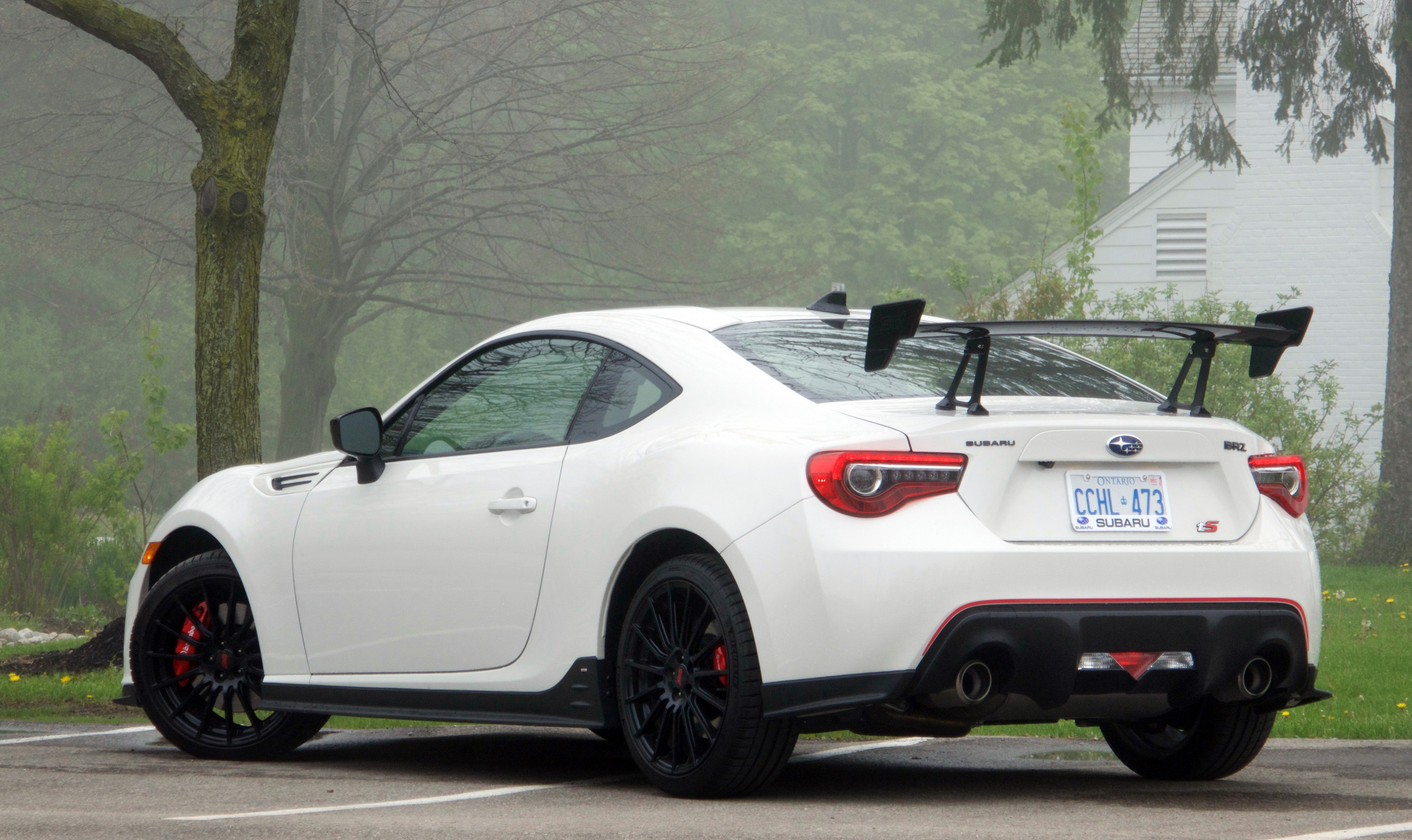 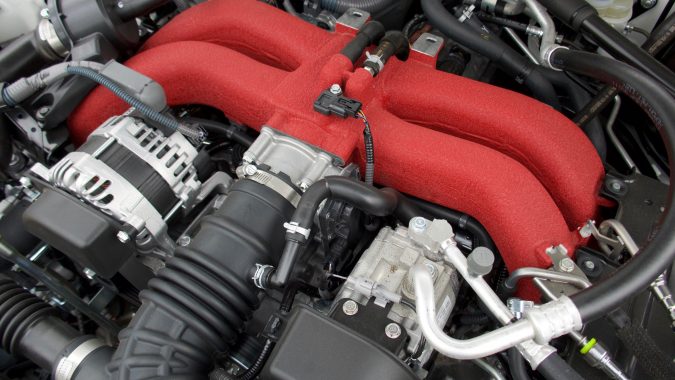 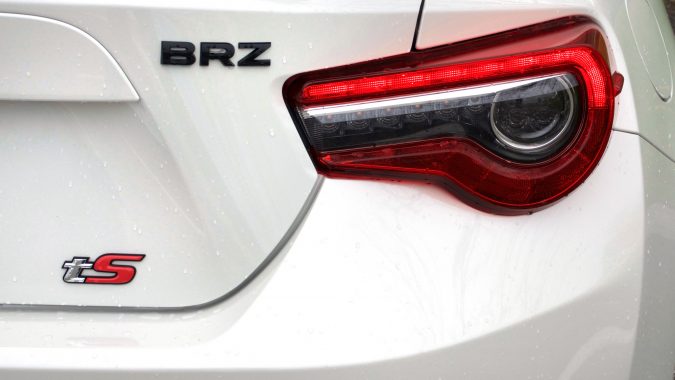 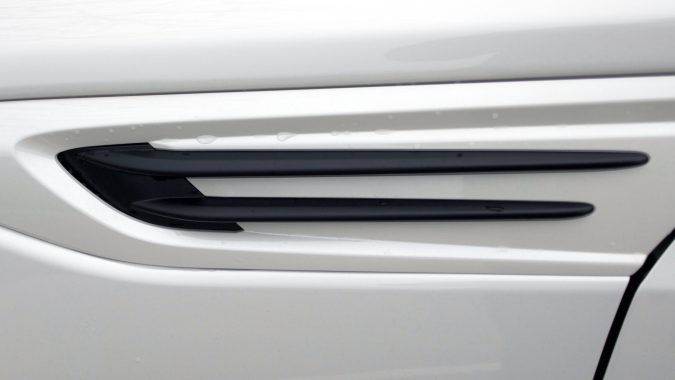 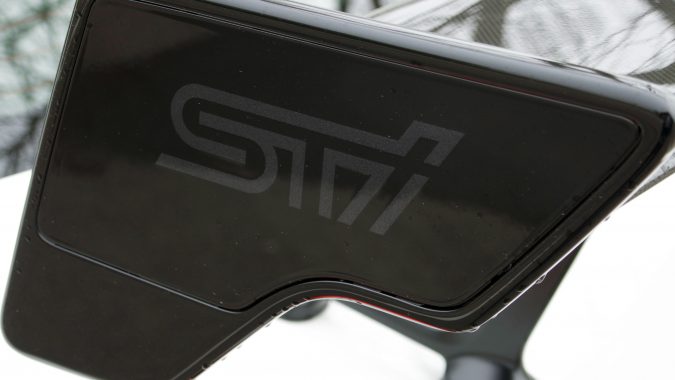 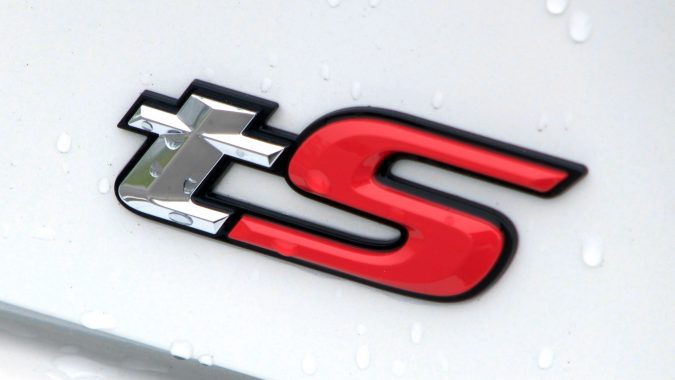