One of the prime examples of the company’s “mainstreamification”, as others have put it, is the Subaru Legacy.

Every neighbourhood used to have one.

You know, the guy with something different in his driveway, be it a Volvo, or a Saab, or maybe even a Subaru back when the fledgling brand was going through a kind of automotive adolescence, all gawky and awkward with their SVXs, Brats and other eclectic designs.

Some of those brands have dwindled, died or remained bit players since but Subaru shifted to move more into the mainstream while holding on to its individuality with a single-minded application of all-wheel-drive and low centre-of-gravity boxer engine propulsion.

One of the prime examples of the company’s “mainstreamification”, as others have put it, is the Subaru Legacy.

Built in America and designed for Americans with their “gotta have a trunk” sedan-favouring bias, the Legacy is unique to this continent, unavailable in most world markets that are more into Levorg wagons, Impreza hatchbacks and the ute flavoured crossovers. 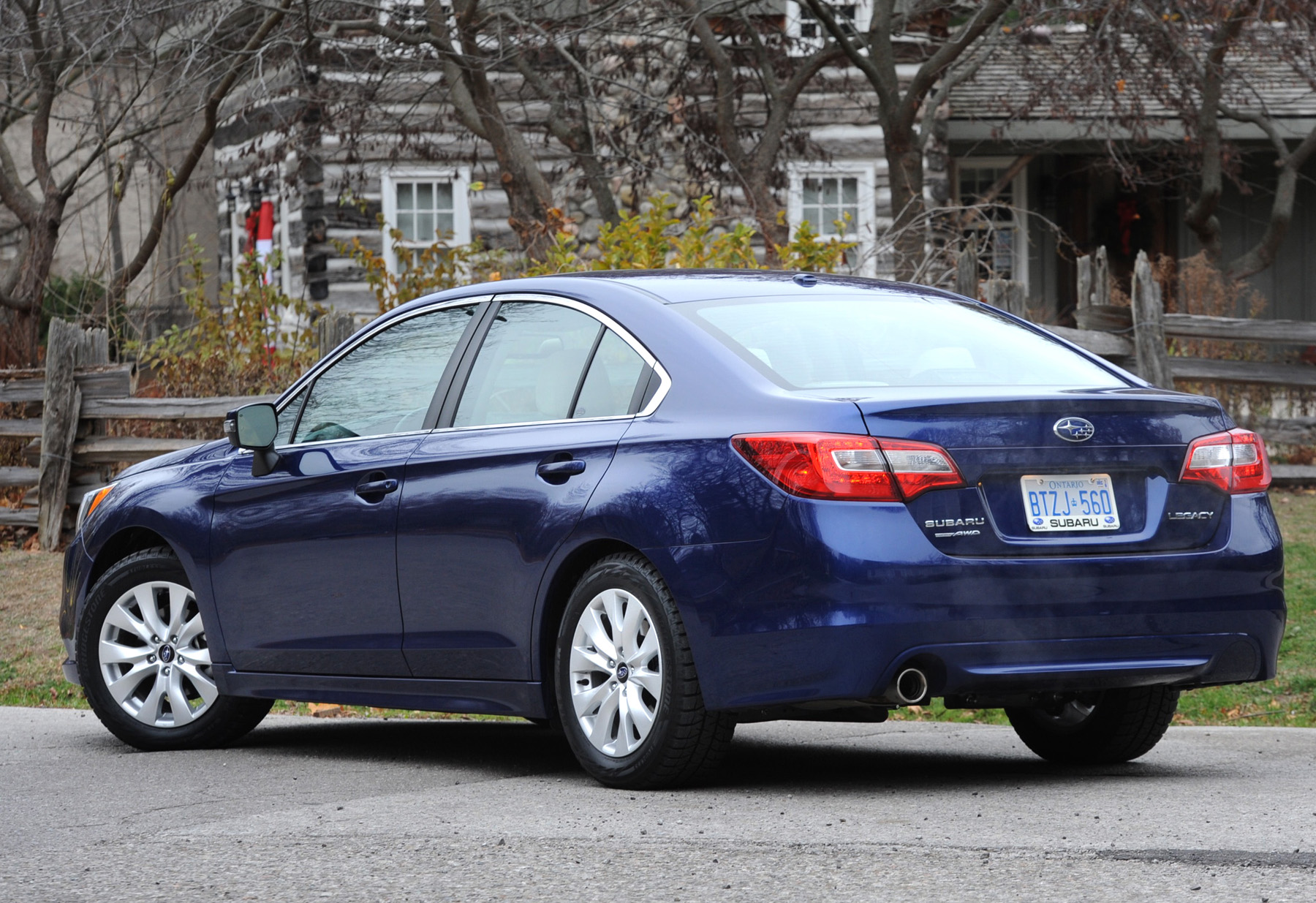 The 2017 Legacy is handsome enough but somewhat non-distinctive in its quest for mainstream appeal and legitimacy.

Subaru refers to the mid-size five-passenger, four-door Legacy as its “flagship” but, in actuality, even here, it takes a back seat to the Forester, Outback and other Subaru models leading the sales charts.

Ignoring the elitist, rally-flavoured WRX/STI models, you really have two Soob sedan choices here in Canada – the compact Impreza, powered with a 152 hp 2.0-litre four-cylinder, ranging from about $20K – $31K, or the bigger, roomier Legacy, harnessing either a 175 hp 2.5-litre four-cylinder or a 256 hp six-cylinder, with trim levels covering a spread from about $23K – $$36K. 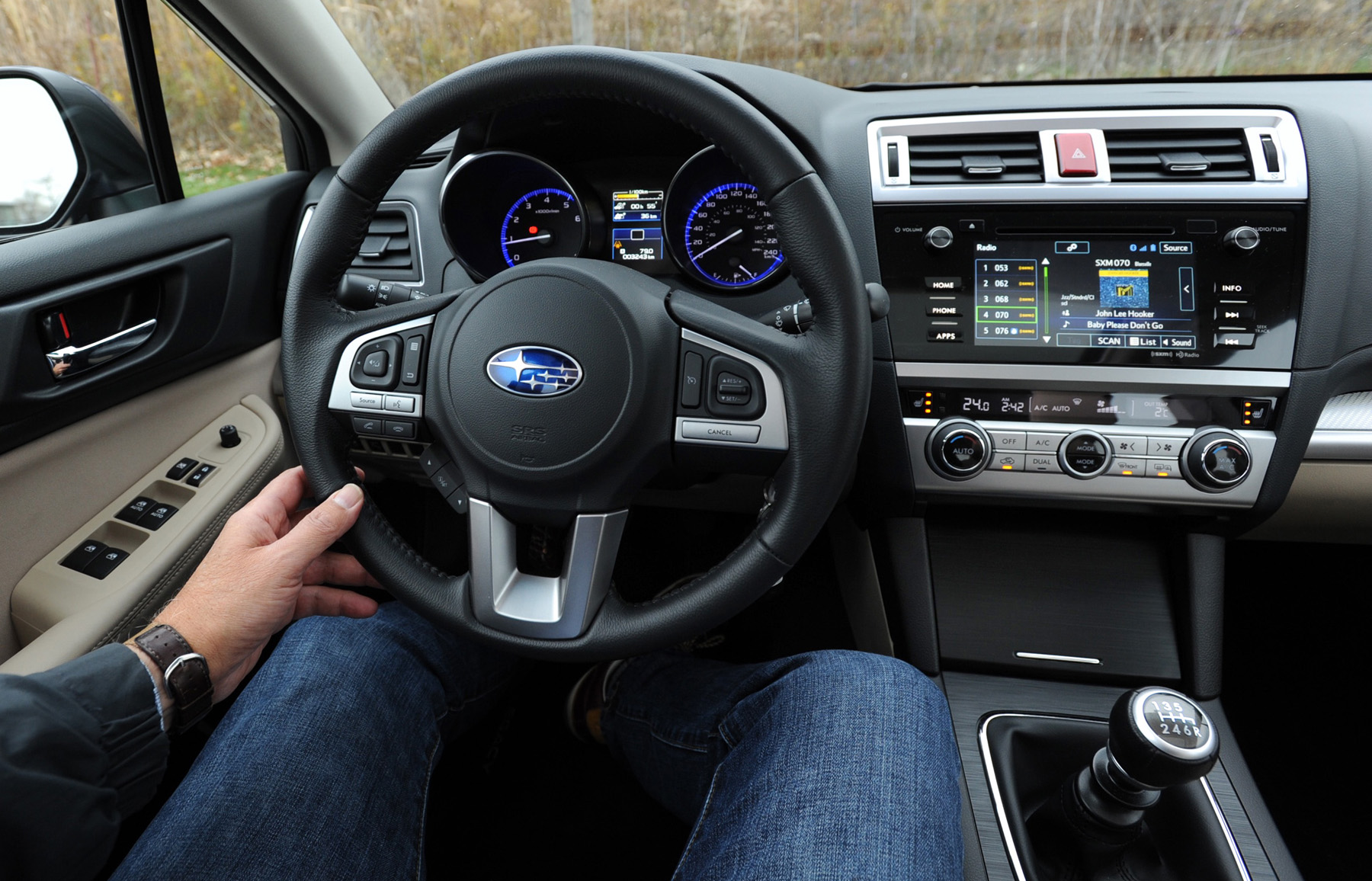 Frankly, I find the Legacy’s exterior treatment a little too mainstream, somewhat nondescript and bland, as if the design accent was more about being inoffensive rather than inspiring.

I think Subaru is aware of this conundrum and tried to alleviate it somewhat by introducing a slightly jazzed-up Sport with Technology model for 2017. But even the Legacy paint palette runs to the cool side of the colour spectrum – no passionate reds, oranges or either eye-catching colours.

If, however, a bump up in subtle elegance is what they were going for, there’s no denying the increased roominess, the improved interior qualities and a burgeoning equipment list of new technologies to keep up with the Joneses in the mid-size market.

Tested here we have a 2017 Legacy, nicely dipped in Lapis Blue Pearl and fitted out as a 2.5i Touring model ($26,595), one step up from the base model, a typically Canadian compromise position that adds a few extra comforts without blowing the budget.

Even base models come with all the usual Subaru dynamic, handling and performance strengths, along with a power driver’s chair, heated seats, rear view camera and a four-speaker infotainment system.

Under the hood, the 2.5-litre horizontally opposed boxer engine makes 175 hp and 174 lb/ft of torque. If you want more oomph than that, a 3.6R model with the 3.6-litre six-cylinder boxer engine might be hard to resist. 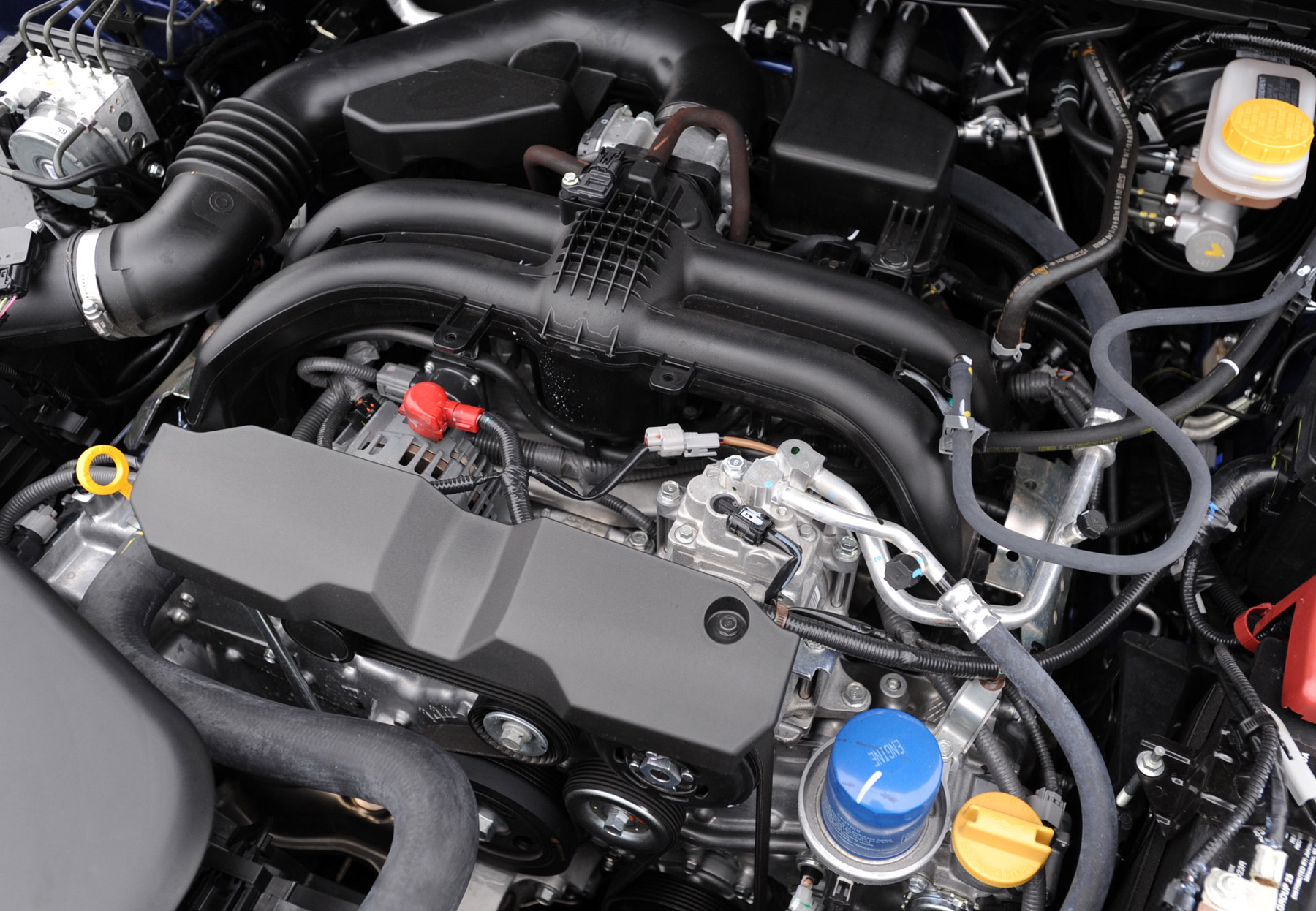 But, for the most part, the four-banger has enough moxy to get the job done and, unique to Canada, a six-speed standard manual transmission in our tester makes the most of milking all of the available power.

It will save you some shifting chores in traffic and save you some change at the pumps with a better fuel econ rating of 9.3/7.0L/100km (city/hwy).

That pretty well sums up our tester because Subaru is not big on stand-alone options or packages.

You accumulate more stuff by moving up the trim level ladder, although a healthy accessory list can add everything from rooftop carriers to body moulding kits, 120V power outlets, interior illumination kits and more.

It’s not easy to gain ground in a market niche as competitive and, yes, mainstream as the mid-size sedan segment, especially against notables like the Accord, Camry, Mazda6, Fusion, Malibu, Optima and Sonata.

But building on the strengths of its unique boxer engine and all-wheel-drive qualities, the Subaru Legacy continues to hold its own.