Five of the best Hot Hatchbacks on the market today

Thanks to manufacturers streamlining their product line-ups for better worldwide distribution, we’re finally starting to see some properly sporting hatches, previously available only in other markets.

It’s been awhile, but thanks to manufacturers streamlining their product line-ups for better worldwide distribution, we’re finally starting to see some properly sporting hatches, previously available only in other markets. Considering Canada’s love for the hatchback, it stands to reason that we’d start seeing some more performance-oriented models over here. 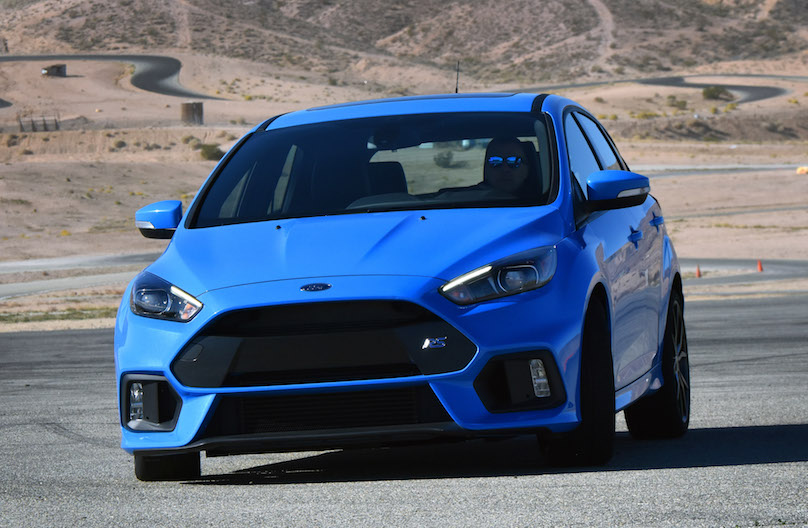 For many of the hot hatch heads out there, few letters mean more to them than “R” and “S”, and few cars are more awaited upon than this little Blue Oval number. For years, we Canadians have had a Focus with one of those letters – S – but the R was replaced by a “T” and while that was a good car, it wasn’t this. RS stands for “Rallye Sport”, and it has been adorning the hatches and snouts of various fast Ford for years, including the Escort, the Sierra and, in other markets, the Focus, too. With the shift to the need for more global cars, the Focus has become a single model for all markets, which hasn’t always been the case. It is now, meaning we finally get access to the Full Monty Focus, in all its 350 hp, 350 lb-ft glory. There’s also all-wheel drive and a “Drift” mode, so everyone can now feel like the late Colin McRae. 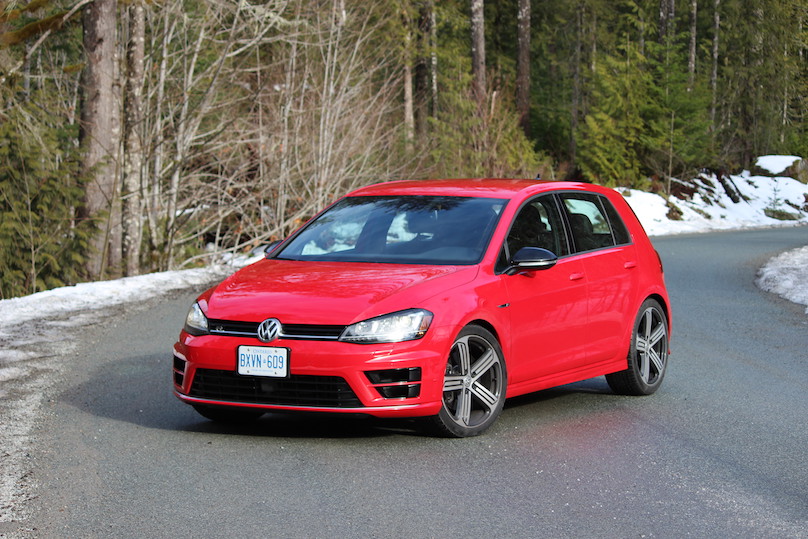 Until the arrival of the Focus RS, the Golf R really had the hot hatch game to itself. Yes, Subaru had the WRX and STI hatches for a time, but they are no longer. Audi had the A3, but it was vanilla compared to the Golf R’s chocolate chili and the Focus ST just didn’t have the fit and finish. And it wasn’t AWD. In response to the arrival of the RS, though, VW has answered the call by giving the Golf R more power, and making it available with the faster-shifting DSG auto ‘box. Yes, the purists may not have loved that move, but drive one and you’ll see that there’s lots to like. 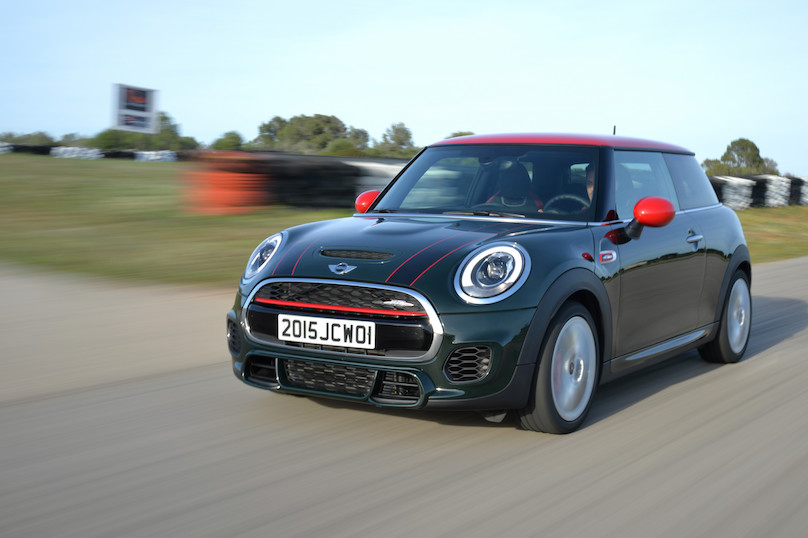 Not the smallest of the bunch (especially now that the Cooper has grown for this current generation), the JCW (John Cooper Works, so named for the man who helped start the Mini Cooper movement in the 1960s) remains a tossable, athletic and sometimes ornery piece of business. The exhaust gets loud if you really give it the beans, and the turbo’d plant makes for some stonking progress, to the tune of 228 hp and 236 lb-ft of torque. You can have it in either manual or automatic, and with all number of special wing mirror caps, roof colours, racing stripes and wheels. 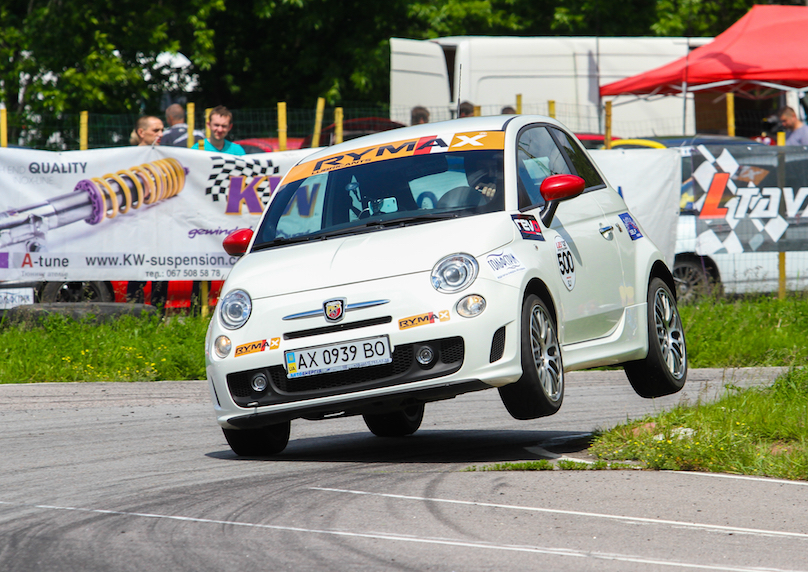 Speaking of ornery exhaust notes; well, it doesn’t get much more ornery than this. Whether we’re talking about V8 muscle cars, European coupes or even some bonafide sports cars, exhaust notes don’t get much more distinctive than this. Fired through two canon-sized exhaust pipes, the Abarth makes sure you can hear it as it puts down every one of its 160 hp, and all of its 170 lb-ft of torque. About the only thing missing to remind of the manic rally and touring car Abarths of the 1960s is a rear mounted engine, protruding through an open engine cover. As bulldoggish as they come. 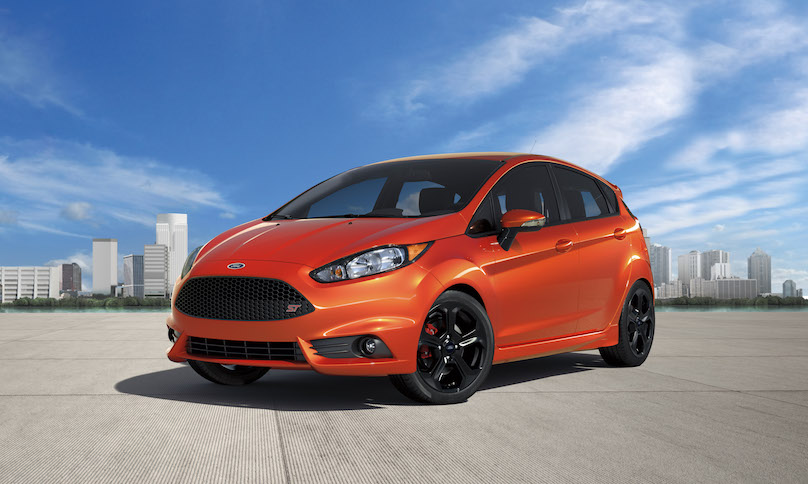 Two Fords on the same list? Well, yes. Because we love fast hatches, and this particular example happens to be one of the best in the biz. Yes, it’s a squeeze for taller folk to get in (even more so here than in other Fiesta models, thanks to the super high side bolsters and thick Recaro sport seats that cut even more into your headroom). Yes, the back seats are snug to the point you think the rear doors are a joke. Yes, some of the colours it comes in will sear your retinas. You know what, though? We don’t care. The ST is incredibly tossable, has precise steering and a wonderfully peppy, 197 hp turbocharged four banger whose twin centre exhaust outlets sound the business, too. Oh, and it’s available only with a six-speed manual transmission. Huzzah! 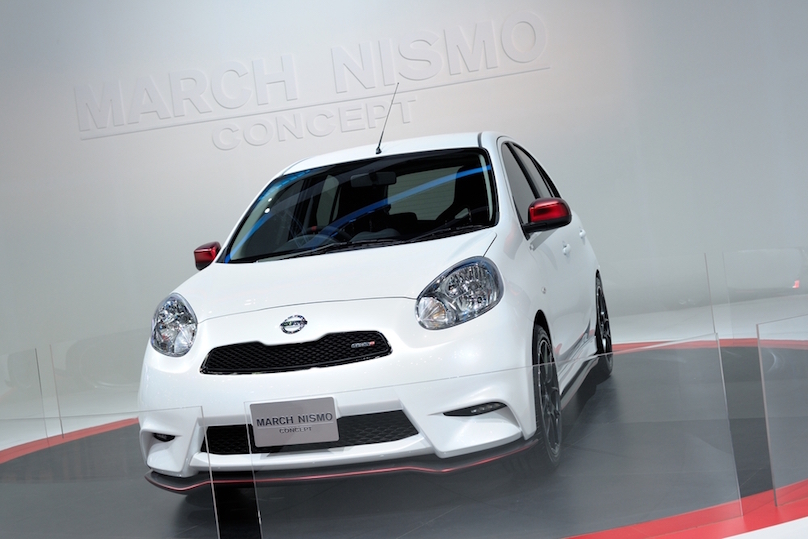 Part of this car’s inclusion is the pride it represents; rare is it that we Canadians get something that the ‘Muricans don’t. The Cute, inexpensive Micra is one of those occasions. Trouble is, as great as it is in town, it’s not the fastest rig on the road; not by a long shot. So, enter the NISMO version of it, called the “March NISMO S” – the Micra is a “March” in other markets — where it’s available. It gets a power boost to an, ahem, awe-inspiring 115 hp, along with tuned suspension, different brakes and stickier tires. For now, we’re not seeing it in Canada, but if you really want the fast Micra experience, then go ahead and book yourself a spot in the Nissan Micra Cup race series, which is very much in Canada. 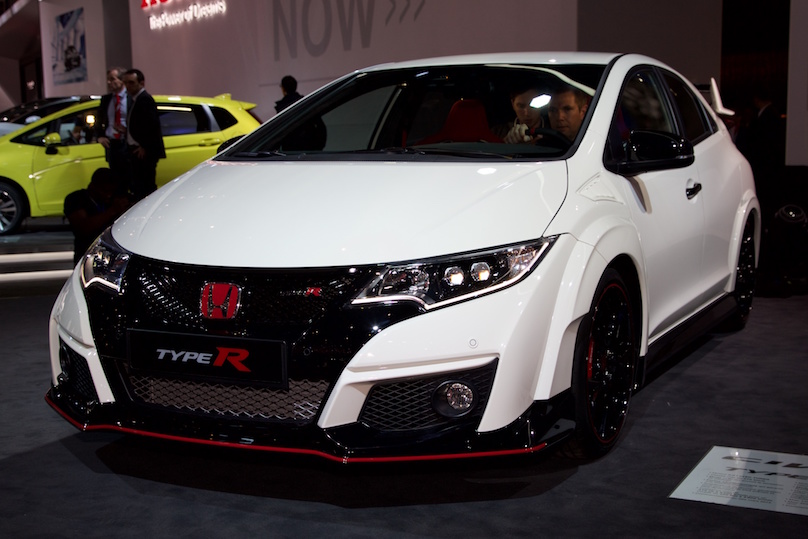 This one’s a little foggy in that we really aren’t sure when it’s going to arrive on our shores, if at all. That being said, considering that like the Focus RS, the latest Civic is a world car, it’s more likely than ever that we’ll finally get a crack at it on our side of the pond; Japanese and European markets have had Type R Civics for quite some time now. While no power figures have been announced – heck, even the chance at an AWD platform hasn’t been ruled out – we wouldn’t be surprised if Honda is taking the Focus RS threat very seriously, meaning power in the 300-350 hp range (similar to the current Type R), through an uprated version of the latest Civic’s brand new, turbocharged 4-cylinder motor.