With Honda, Mazda and Jeep all doing comprehensive reloads of their popular crossovers for 2017, we take a look at what the CR-V, CX-5 and Compass will be up against in the always competitive compact crossover market

With Honda, Mazda and Jeep all doing comprehensive reloads of their popular crossovers for 2017, we take a look at what the CR-V, CX-5 and Compass will be up against in the always competitive compact crossover market. 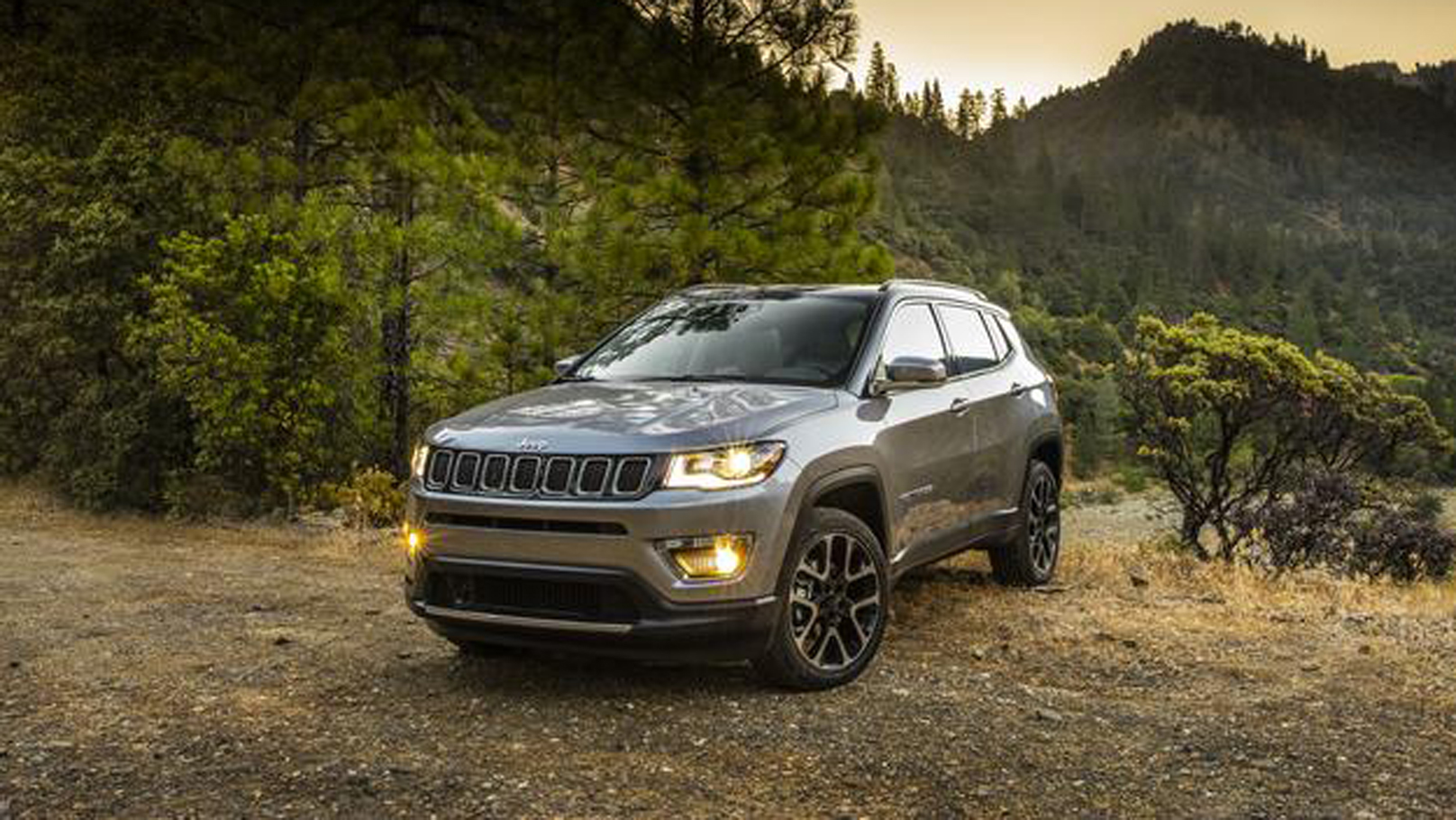 The Jeep Compass’ debut at the LA Auto Show in November had the second-generation of Jeep’s mighty-mite cute ‘ute splashing on to an outdoorsy stage through a pool of water. Evidently, it was time for the cutesy Compass to grow up a little, as indicated by the press conference and the addition of a tough Trailhawk Edition. That makes the Compass the third Jeep to get the treatment after the Cherokee and Renegade, and it adds a 20:1 crawl ratio, hill-descent control and tougher 17-inch off-road wheels and tires. 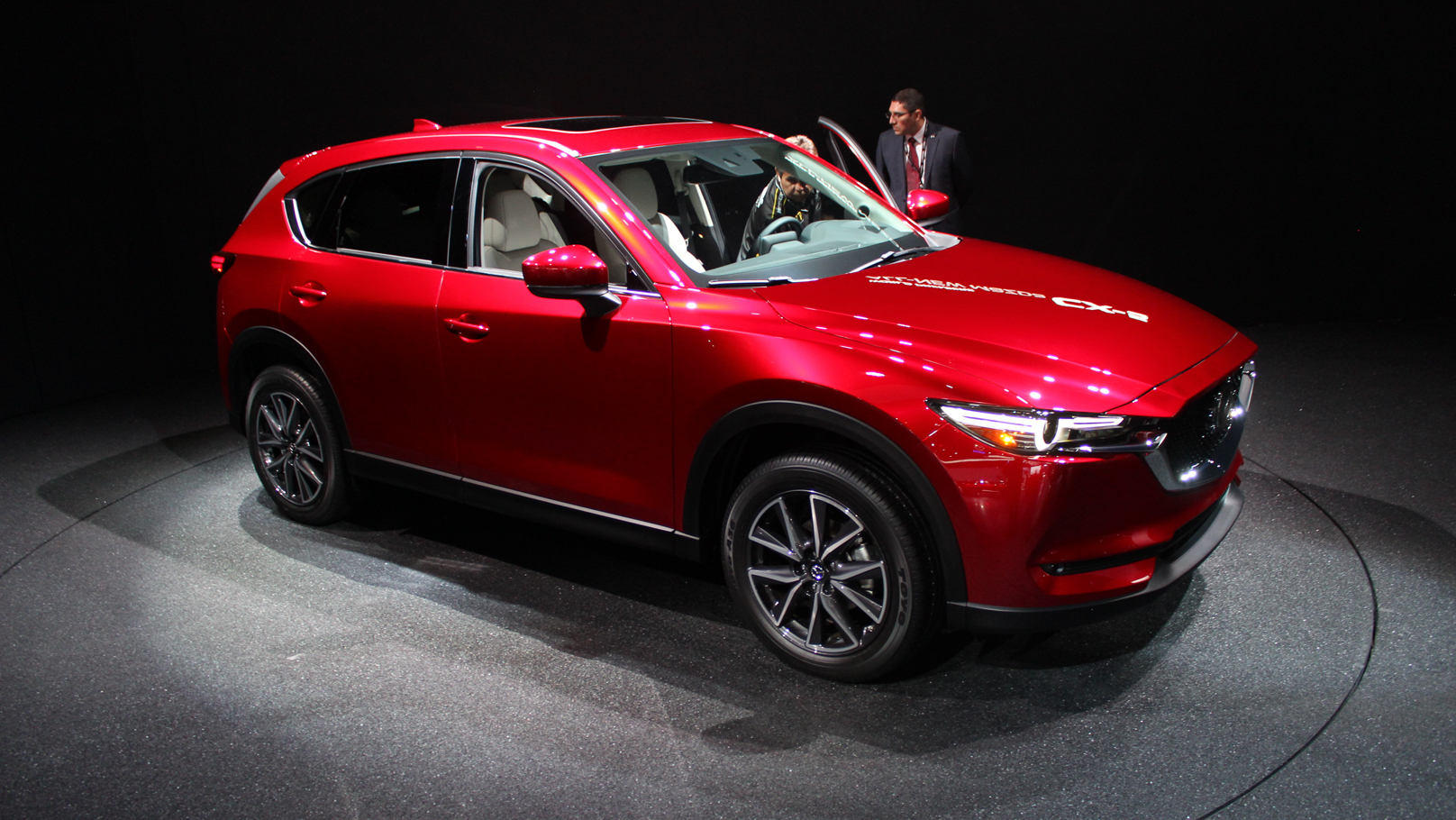 The big news for the soon-to-be-refreshed CX-5 is the arrival of a SKYACTIV-D diesel engine, which is something Mazda has been hinting at for quite some time and has now been able to bring it to market. The decision to do it amidst all this heat surrounding VW and its “dieselgate” issues is an interesting one, but Mazda has been developing this powertrain for quite some time and would be loathe to abandon it now. The pencil pushers probably wouldn’t let them do it, anyway. It’s a good thing, too; the biturbo plant will be a spicy one, making 148 hp and a big 280 lb-ft torque at just 1,800 rpm. 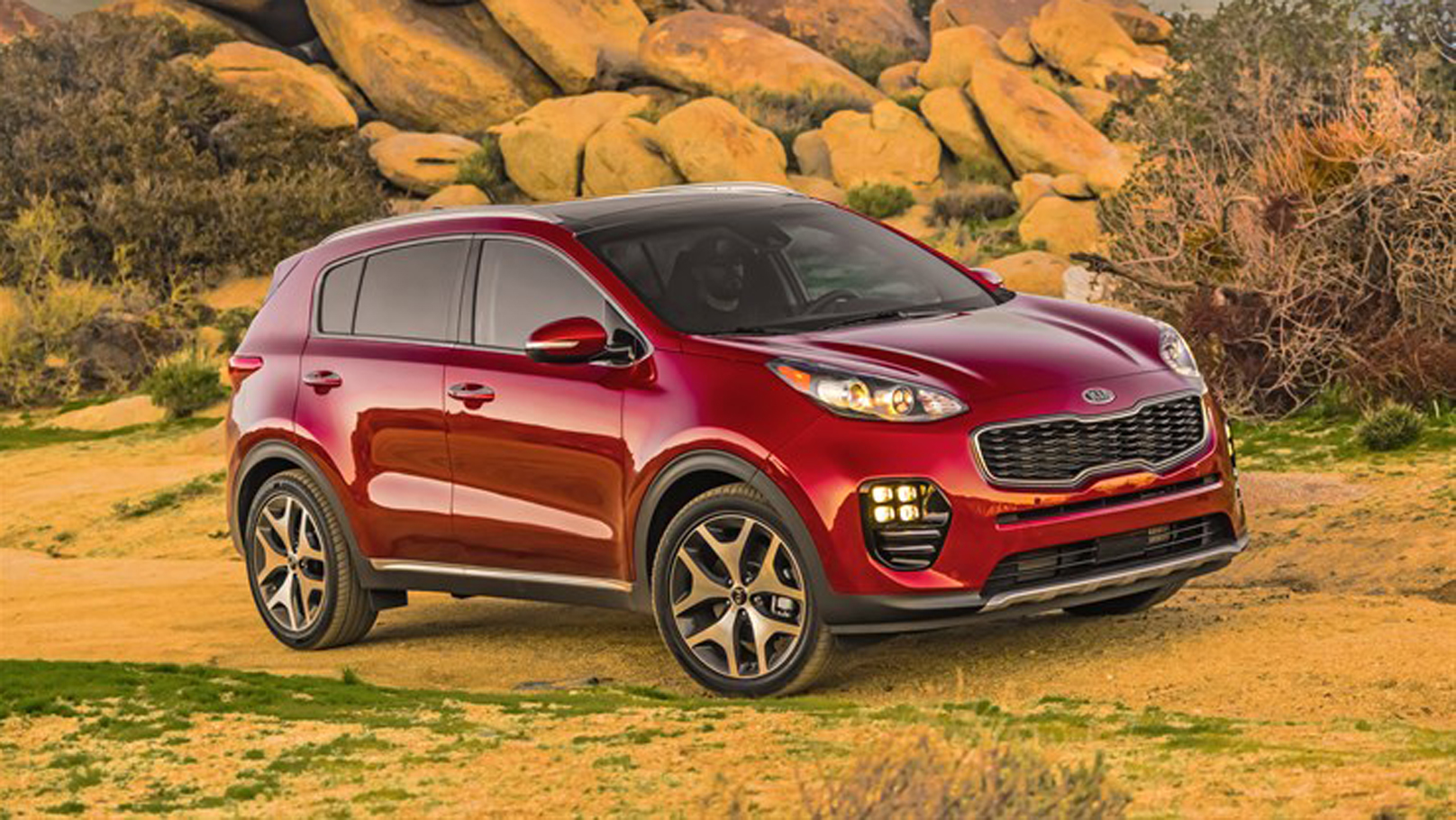 Say what you want about the all-new Sportage’s controversial front-end treatment – especially if you select the distinctive ice cube fog lights and larger “Sharknose” grille, required on turbo models to provide more cooling – there’s no question that it remains an eminently serviceable crossover. Wheels pushed to all four corners means interior space has improved over the previous gen, and a very well implemented AWD system makes this one of the best in the segment on the rough stuff. 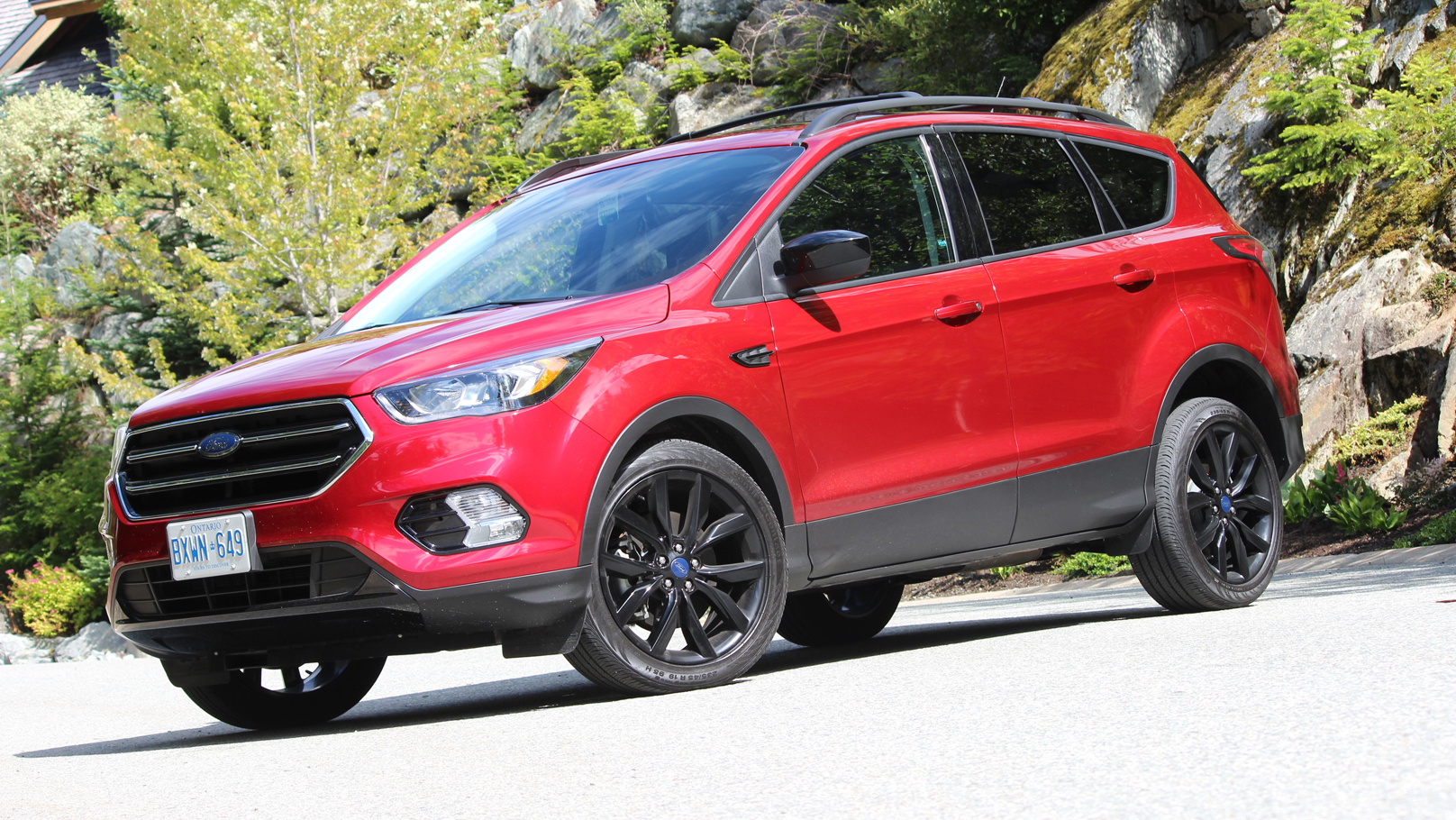 The Escape is more of a “refreshed” as opposed to an “all-new” model for 2017, but it deserves some laurels, especially when you consider the way it’s led the CUV market on the sales front for the last two years. Unlike the CR-V, which gets a single engine option, there are three to choose from here – a naturally-aspirated four, a 1.6L turbo four and a 2.0L turbo four. That last engine is a doozy, making 245 hp and 275 lb-ft of torque, enough to get the car up and moving in short order. Add in a well-appointed interior and a firm but comfortable ride, and you can count on Ford keeping the hot sales trend going with this latest Escape. 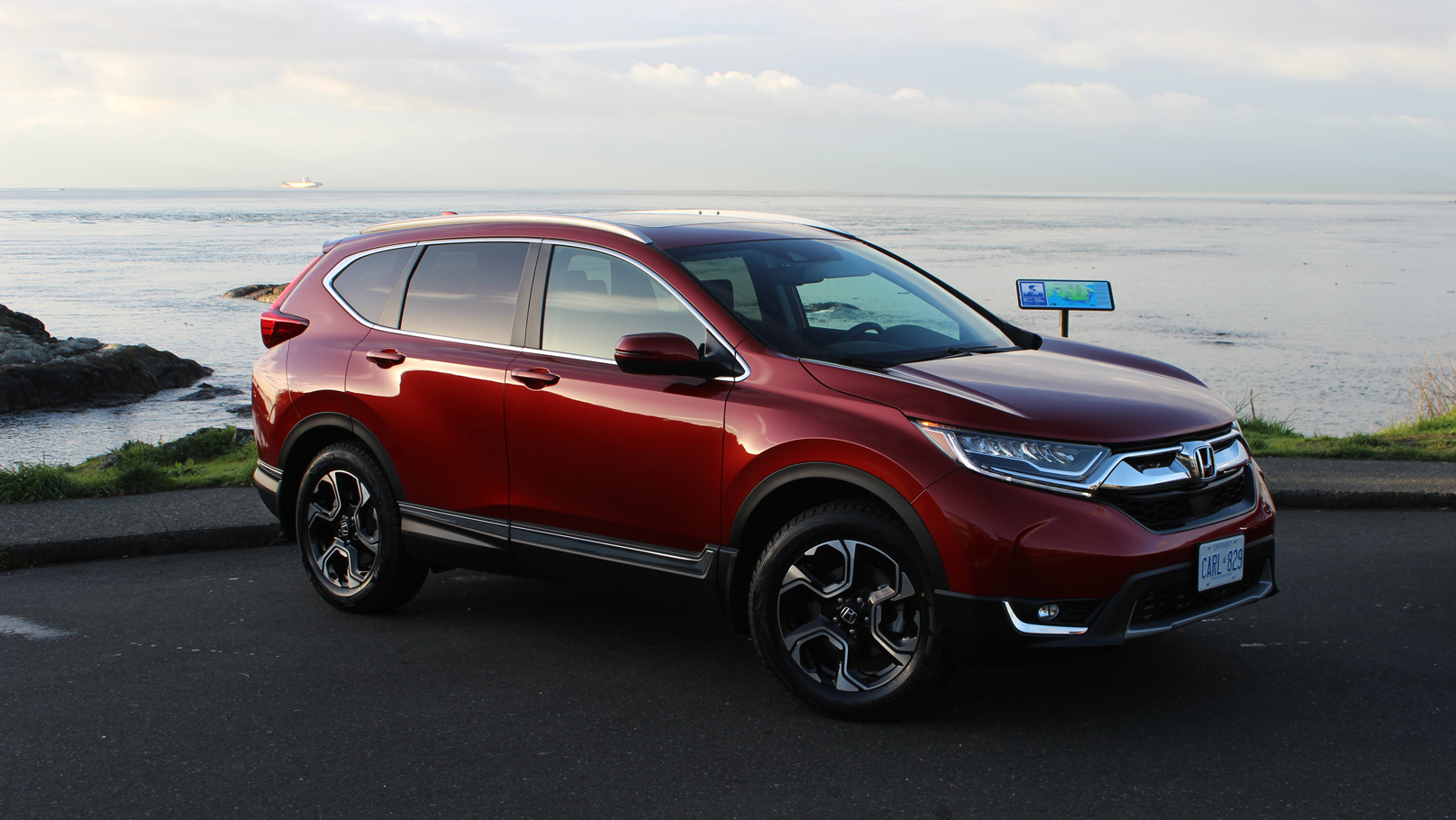 If you ask me, the “what’s new in crossovers for 2017” question pretty much begins and ends with this. The CR-V – once a leader in the segment – has been sliding on the sales charts a little these last few years, and Honda has taken it to heart. The latest CR-V looks great, has a wonderful 1.5-litre turbo motor at base and has been given a reconfigured infotainment system that has been the bane of many a prospective buyer/repeat customer. Honda wants the top spot on the CUV podium back, and this is one heck of an effort. 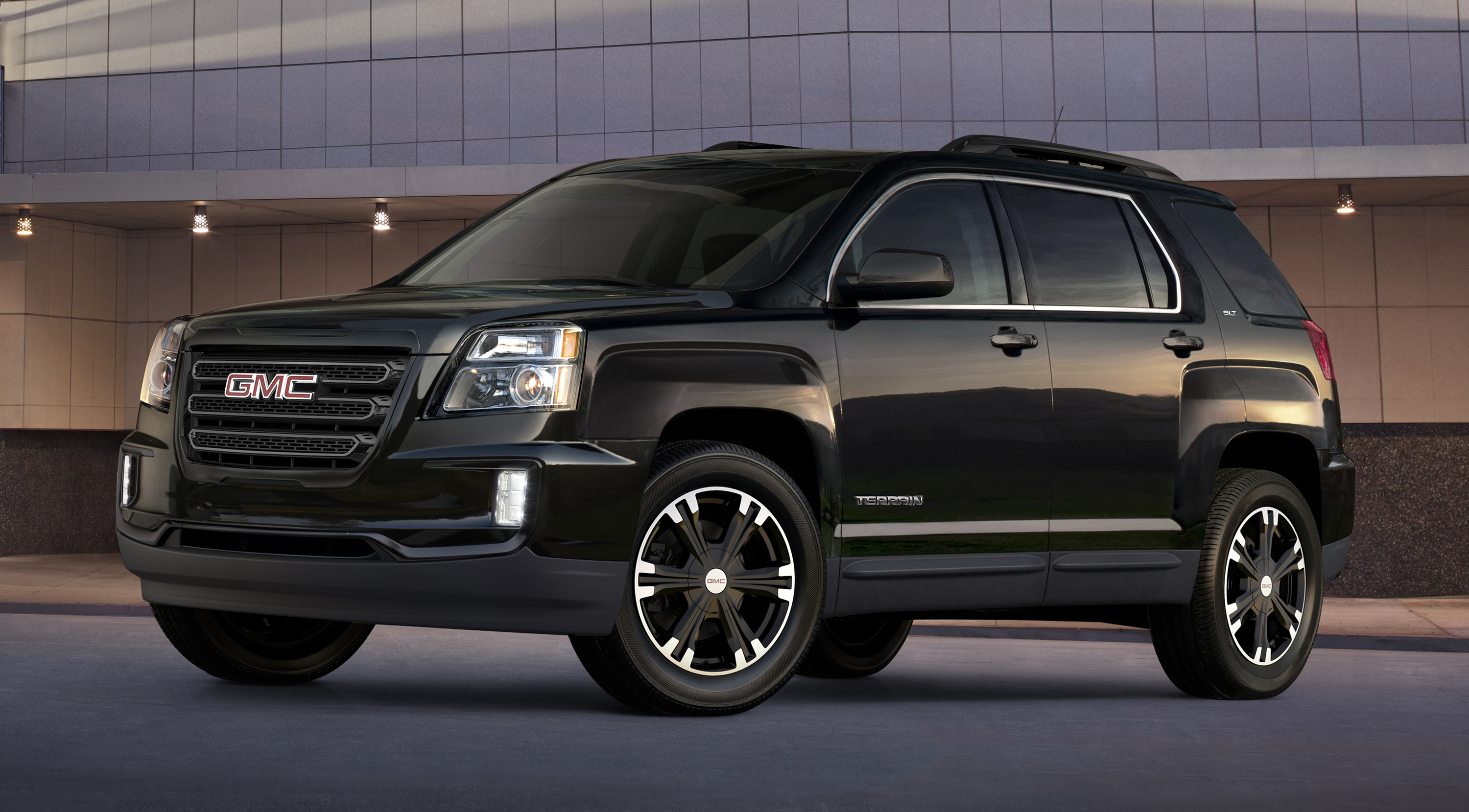 2016 saw the debut of a facelifted version of of GMC’s popular crossover, one that is practical yet surprisingly luxurious at the same time, especially if you select the Denali trim package. That adds supple double-stitched leather, a digital gauge cluster and strong V6 power to the tune of 301 hp. Plus, it’s hard not to like the latest Terrain’s flared fenders, a carryover from the previous-generation model and one that does well to differentiate it from the rest of the crossover crowd. 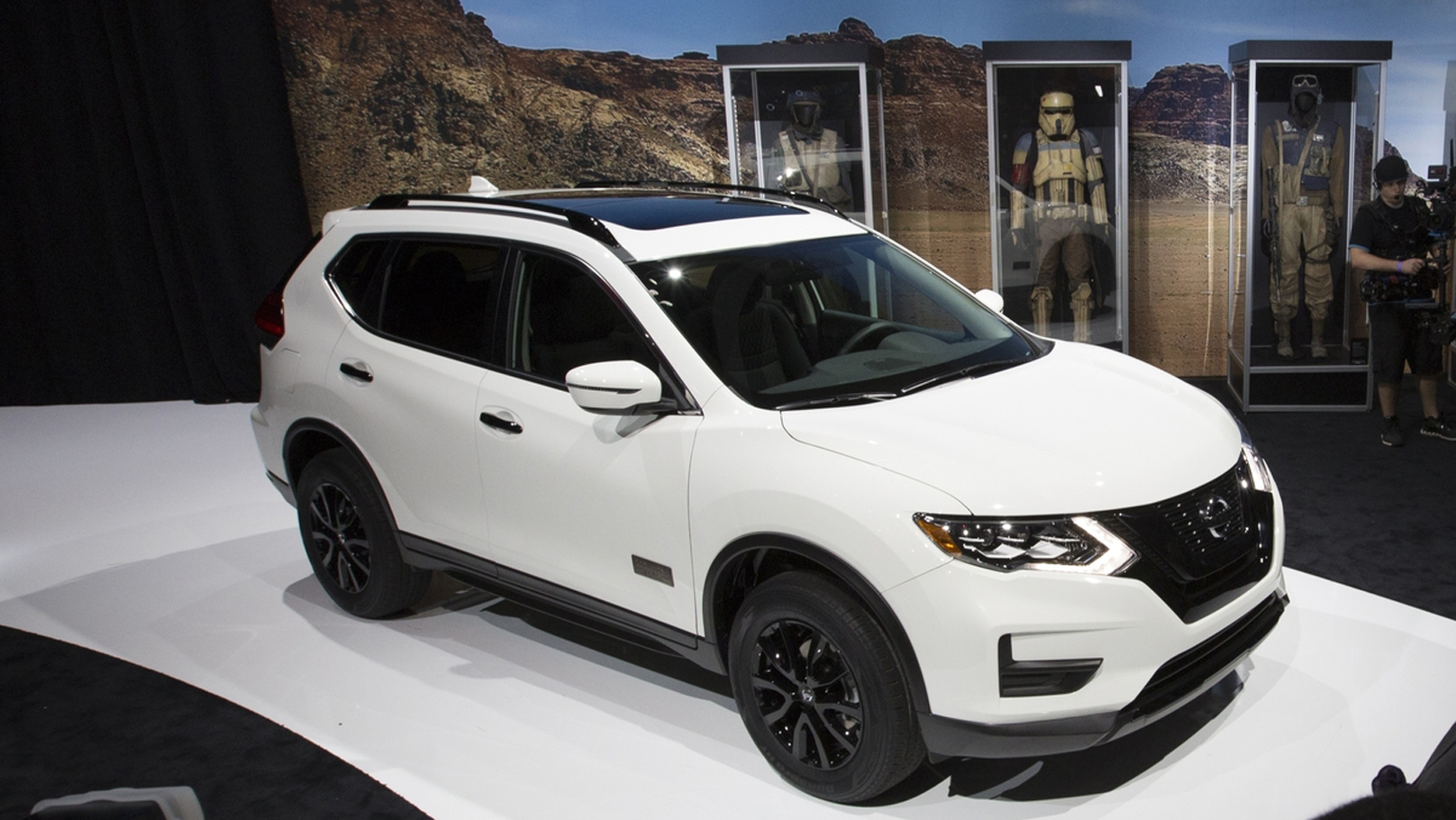 2017 sees the big-selling – Nissan’s biggest-selling in Canada, in fact – Rogue get a facelift, adding a new, larger “V-motion” grille as well as new LED taillights and wheel choices, plus some updated interior bits such as a flat-bottomed steering wheel. It also sees the addition of the Rogue One Star Wars Limited Edition model as a tie-in with the popular movie franchise. The Rogue One edition is available in either Glacier White or Magnetic Black, with Rebel Alliance or Galactic Empire logos sprinkled throughout the interior and exterior. Oh, and you’ll also get the opportunity to purchase a to-scale replica Death Trooper helmet with your purchase.

For those more interested in “hybrid” as opposed to “hyperspace”, Nissan has also announced that a hybrid version of the Rogue will be arriving in US markets. No word yet on whether or not it will be arriving in Canada, but knowing our propensity for both hybrids and crossovers – and how well the Rogue sells – chances are good. 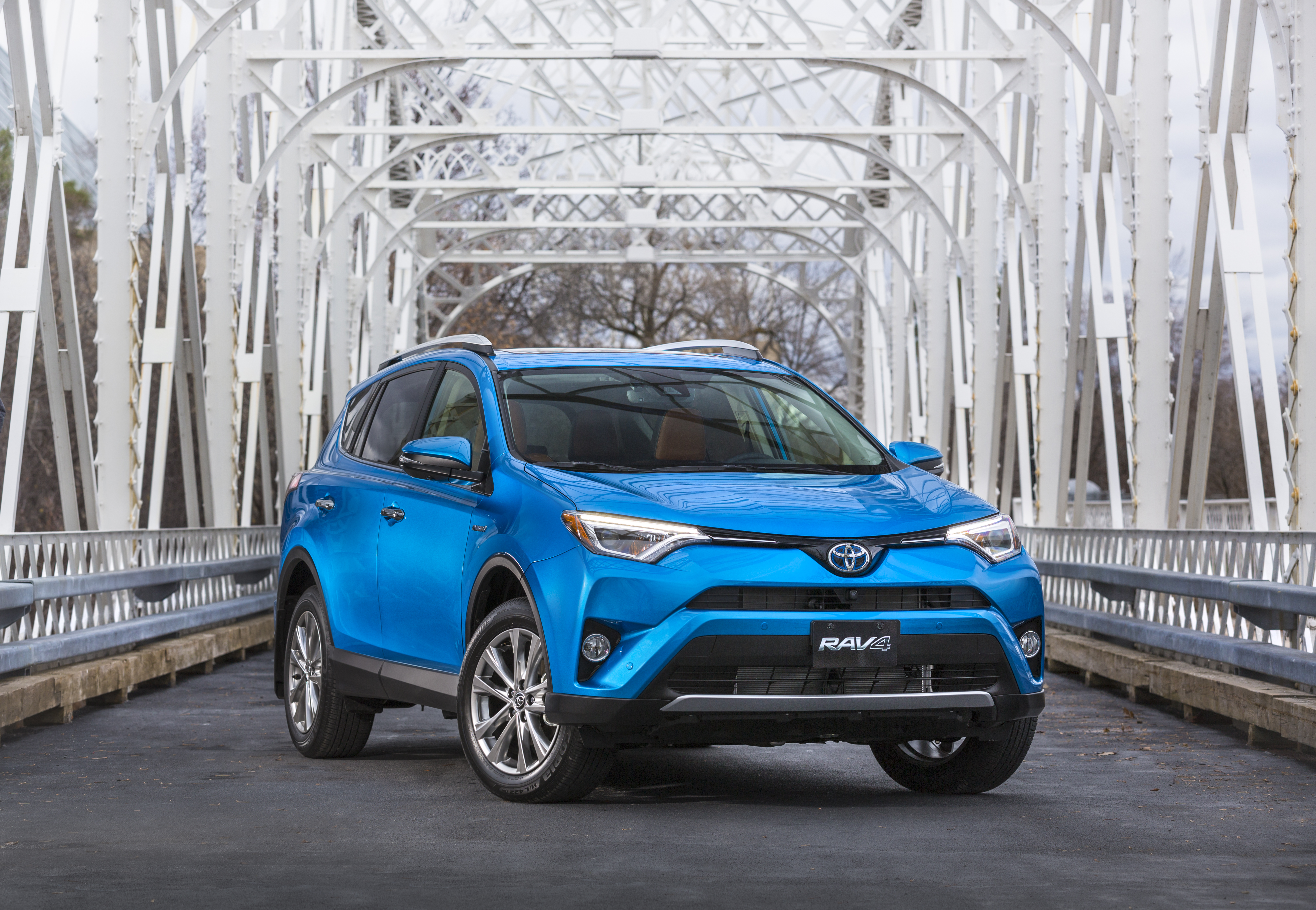 No “what too look for” list concerning CUVs would be complete without at least some mention of the segment’s second-hottest seller in Canada and one of the veterans of the crossover game, the Toyota RAV4. It’s especially pertinent now that a hybrid model is available. It’s no surprise that Toyota would bring their hybrid acumen to such a popular model at some point, but it is a little surprising that it’s taken them this long. Don’t want to mess too much with a winning formula , I suppose. Either way, the RAV4 Hybrid is a good one; it’s fuel efficient, of course, but a recent facelift means it now looks the part, too, with a more aggressive front fascia and more muscular proportions. 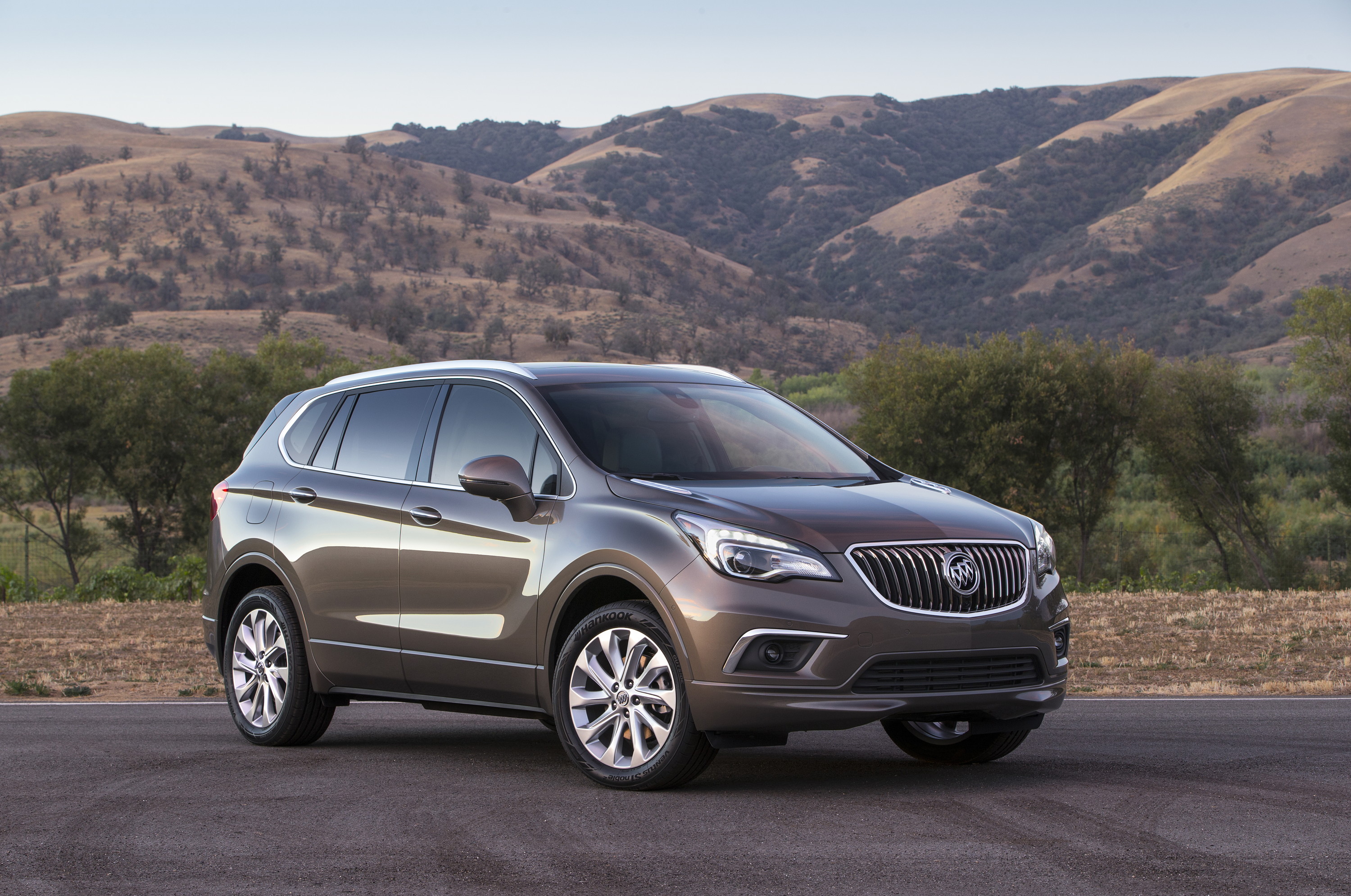 Buick has the large- and compact crossover segments covered with the Enclave and Encore, respectively, but they needed a vehicle to hit a sweet spot between the two. Enter the Envision, which has been doing so well in its home market of China that Buick thought it best to bring it here. It gets its own, proprietary platform but Buick styling trademarks like the waterfall grille, hood slats and blue-tinted headlamp lenses remain. There are two engine choices, but you can expect the 2.0L turbo option – surprise, surprise – to be the big seller. It makes 252 hp and 260 lb-ft of torque, which should make highway cruising and passing a breeze. Inside, bright lighting, 4GF WiFi connectivity and standard cloth/leatherette seating surfaces should make for some luxurious environs. 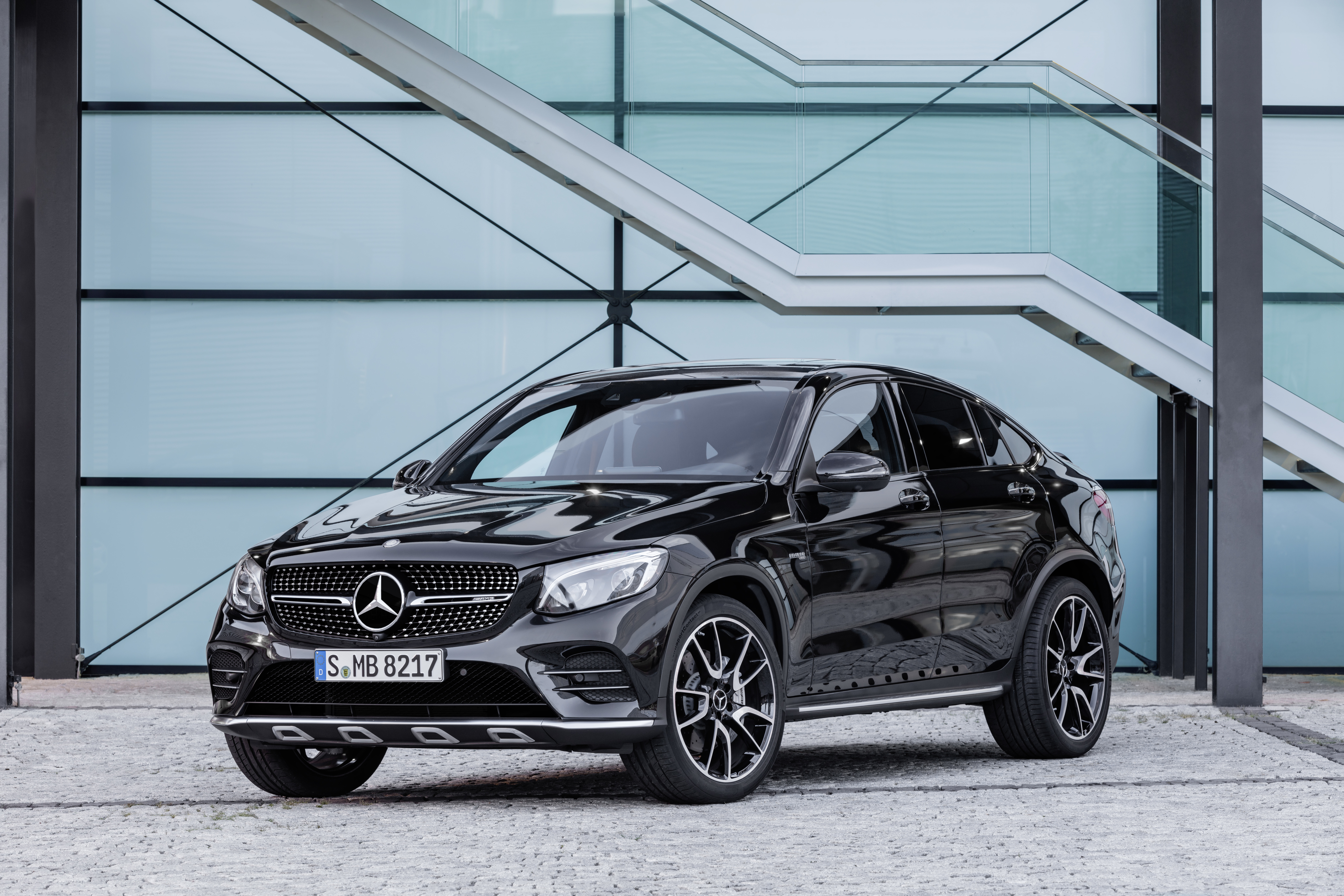 Formerly known as the “GLK”, Mercedes second-smallest utility vehicle arrives for 2017 as a “GLC”, the second year of the post-GLK era. As is the case with so many CUVs of this size, a 2-litre turbo-four is your only choice for the GLC 300. The big news for 2017, however, is the arrival of the AMG GLC 43 performance model. It gets a bigger 3-litre engine with twin-turbos, good enough for 362 hp and 384 lb-ft of torque. Obviously, Mercedes was feeling a little heat from its German competition, who’ve already brought performance versions of their models to market.