Remarkably, the second generation Pilot Assist on the S90 will allow highway speeds (80 M.P.H.) without the need for a pilot car.

ROCKLEIGH, N.J. Volvo Cars is introducing an advanced version of the company’s semi-autonomous Pilot Assist software on the all-new Volvo S90 sedan and making it standard on all S90s sold in the United States.

Pilot Assist was first introduced on the 2016 Volvo XC90 and allows the vehicle to accelerate, decelerate, come to a complete stop and steer in road conditions with clear lane markings based on the car in front up to speeds of 30 M.P.H.. The second generation Pilot Assist on the S90 will allow these functions to work up to highway speeds (80 M.P.H.) without the need for a pilot car. The Volvo S90 will be the first car in the United States that makes semi-autonomous technology standard.

RELATED: This is what Europe has to offer at the 2016 Detroit Auto Show

“Making semi-autonomous features standard in the S90 symbolizes Volvo’s commitment to autonomous driving and our Vision 2020,” said Lex Kerssemakers, President & CEO of Volvo Car USA, “The S90 will be the first vehicle to offer this semi-autonomous technology as standard.”

The all-new Volvo S90 will make its public debut at the 2016 North American International Auto Show in Detroit and will be available in U.S. retailers later in 2016. 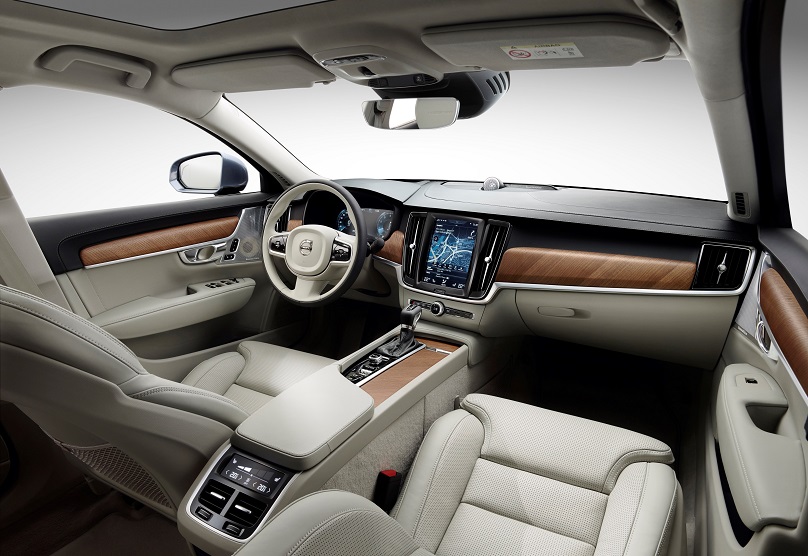