While the Vancouver International Auto Show is often a hot spot for green tech, there’s plenty of room for high-horsepower monsters, demonstrated by a one-off million-dollar Lincoln built close by in Abbotsford, BC.

What do you get when you take a NASCAR-sourced rear end, a mighty V8 from an eight-second drag racing Mustang and one of the most historical cars in world politics? Well, you get the chopped, lowered, suicide door-equipped monster you see here, currently on display at the Vancouver International Auto Show at the Vancouver Convention Centre.

It started life as a bone stock 1963 Lincoln Continental fit for the cast of Entourage and Presidents alike; in fact, builder Rick Francoeur, President of 360 Fabrication in Abbotsford, BC, says it was so good that he had to convince the seller to let it go.

“The car was unbelievable,” says Francoeur. “I told the owner that I’d take good care of it. It was the only way he’d sell it.”

And take good care of it he did.

Around 10,000 man hours were sunk into the fabrication; Francoeur doesn’t have exact figures, but he estimates the wiring for the $60,000 Ultima audio system alone took between 250-300 hours to complete. 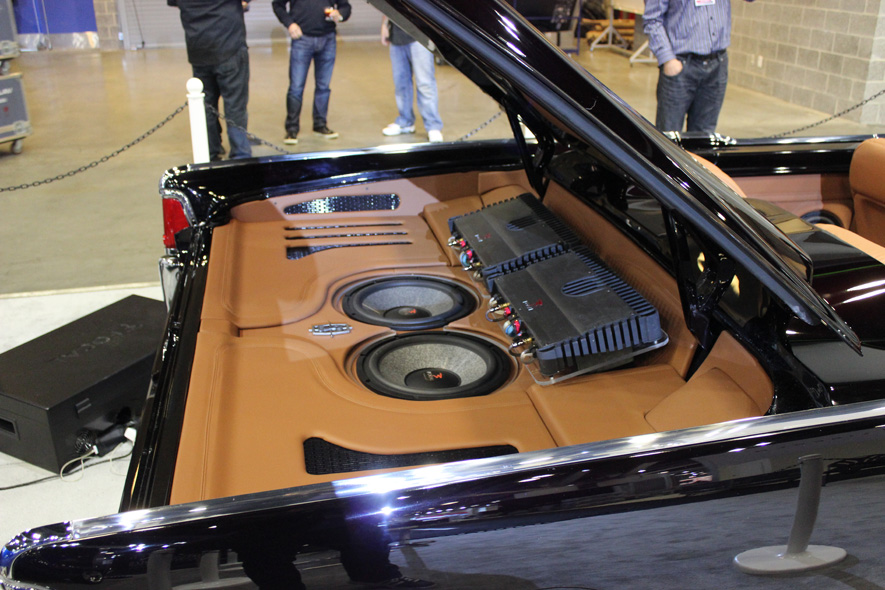 That’s because everything you see on the car is fabricated in-house at 360; the bodywork (which involved removing the roof, changing the rake of the windshield and adding three inches to the sides of the car, in order to better accommodate the bespoke 24-inch wheels), the interior trimmings (but not the steering wheel; that’s the same item you’d see in a Ferrari 458 Italia), the installation of the sound system and air suspension—all done at his 22,000 square foot facility in Abbotsford, about 70 clicks away from the Convention Centre. 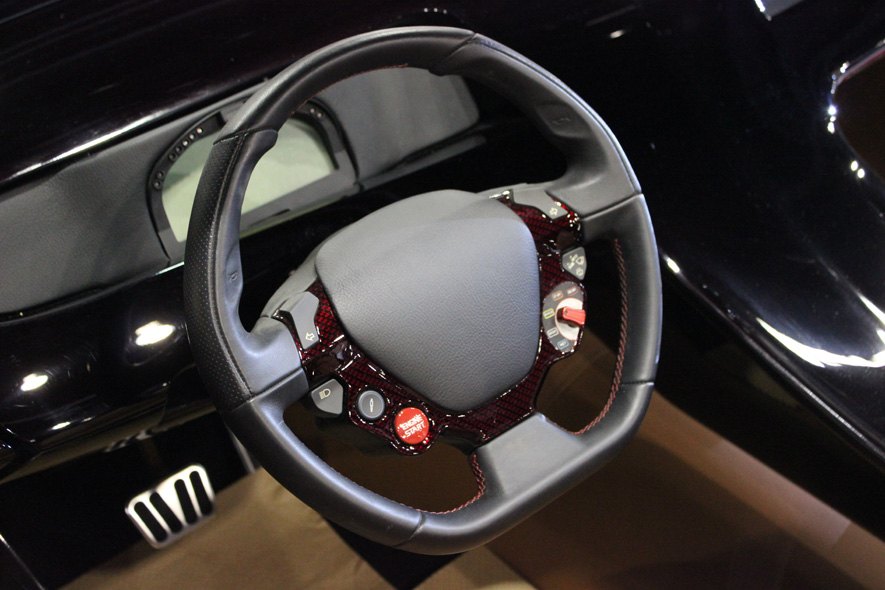 “I had a vison in my head,” says Francoeur. “I described it to my brother (an aeronautical engineer and Francoeur’s business partner), and he engineered it.” 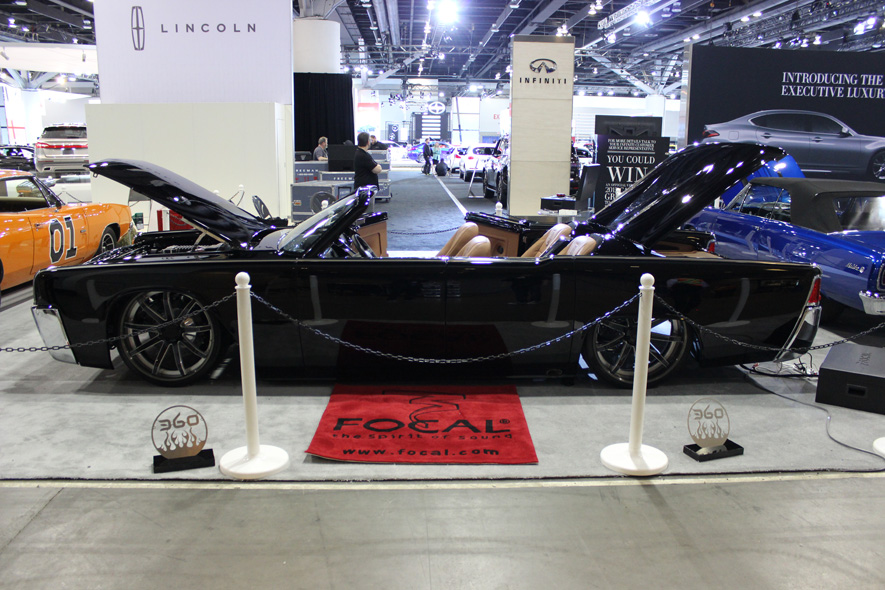 The engine is called a Cobra Jet, and it’s one of 60 built for a specialized drag racing program sourced directly from Ford. There were 60 made, but only 30 specialized Mustangs in which to fit them because every car came with two engines. Some of the owners used the extra engines, and the rest were given back to Ford, who in turn sold them to lucky folks that won a lottery for the right to purchase one of these exceptional power plants. 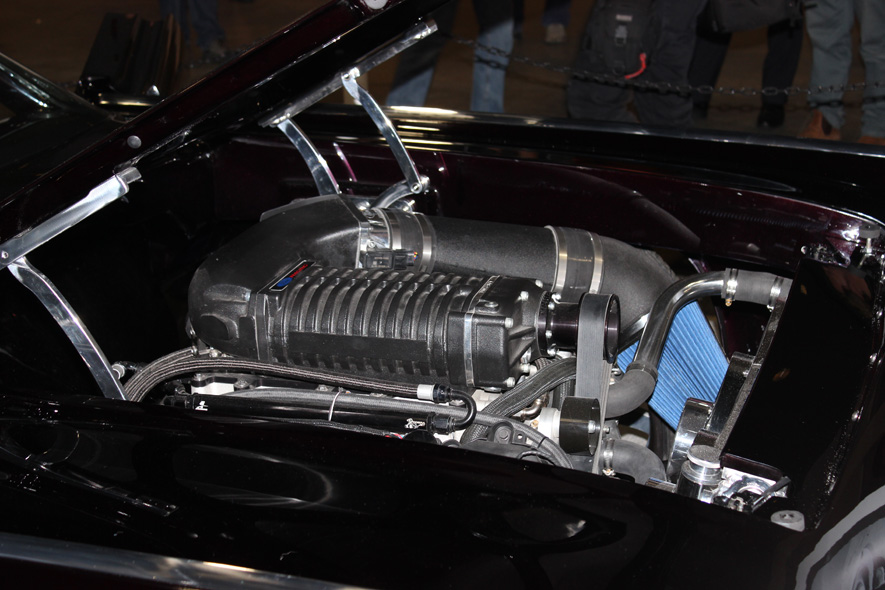 It’s just another special touch that makes this unique Lincoln a truly one-of-a-kind example for a lucky owner. 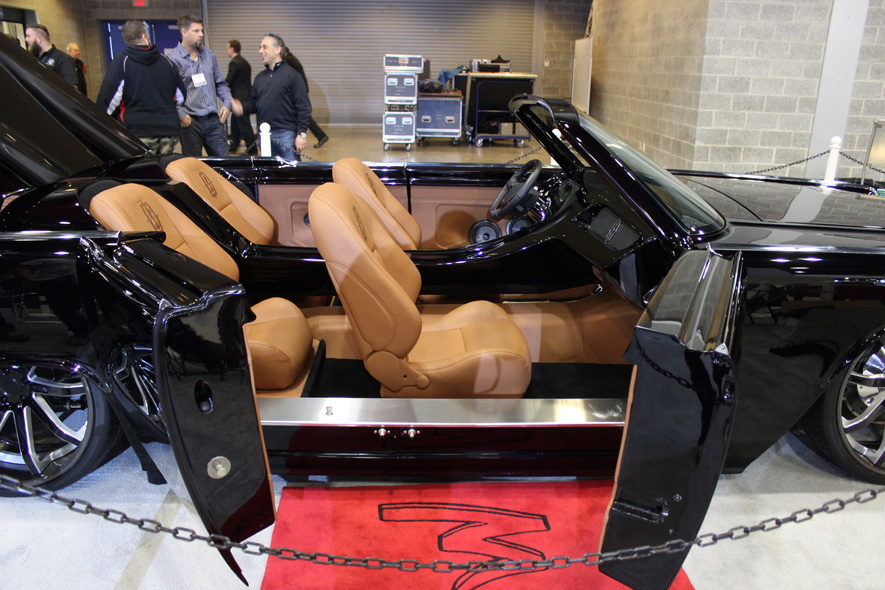