The GSX-R1000 and the SV650 names are familiar to most Suzuki motorcycle fans but these two 2017 models have been revised, refined and reengineered.

Suzuki Canada has announced two 2017 models that will be coming to this country, following up on their earlier debuts at EICMA, the Milan Motorcycle Show, a show that most motorcycle manufacturers use to unveil their latest efforts.

The GSX-R1000 and the SV650 names are familiar to most Suzuki motorcycle fans but these two 2017 models have been revised, refined and reengineered. No details on model specifics for Canada yet but prices, colours and trims will be confirmed at a later date. 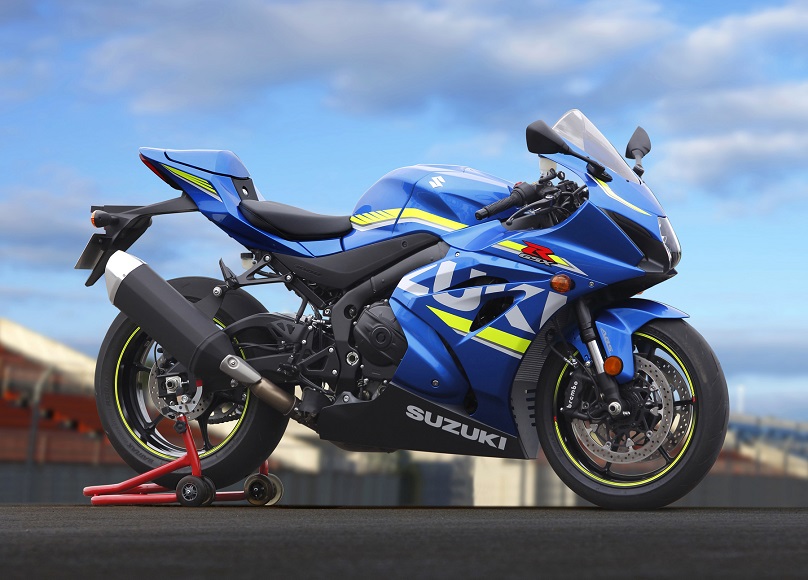 With a long overdue update to its flagship one-litre supersport bike, redesigned from the ground up, Suzuki is promising the lightest, most compact, best handling, most aerodynamic and most powerful GSX-R1000 ever built.

Engineers wanted to boost top-end power without affecting low-to-mid-range torque so they added top-feed injectors to the fuel system and butterfly valves in the exhaust stream, both systems kicking in to bolster power levels at high revs.

Other race-ready tricks up this motorbike’s sleeve include Showa suspension components, electronic ABS, an electronic Quick Shift System that eliminates the clutch for lightning fast gear changes and a new Launch Control System.

The GSX-R1000 not only reduces mass but it is also slimmer and sleeker with a lower fuel tank top for a tighter rider tuck. The bike boasts LED lights everywhere – the headlight, the cool-looking position lights (like DRLs), signal lights, tail/stop lights, even the licence plate light.

The 2017 GSX-R1000 as it was shown in Italy, is still very much a concept, so spec details were not released.

But Suzuki Canada insists that a new production bike, ready for road or track and staying very true to the concept, will follow soon. 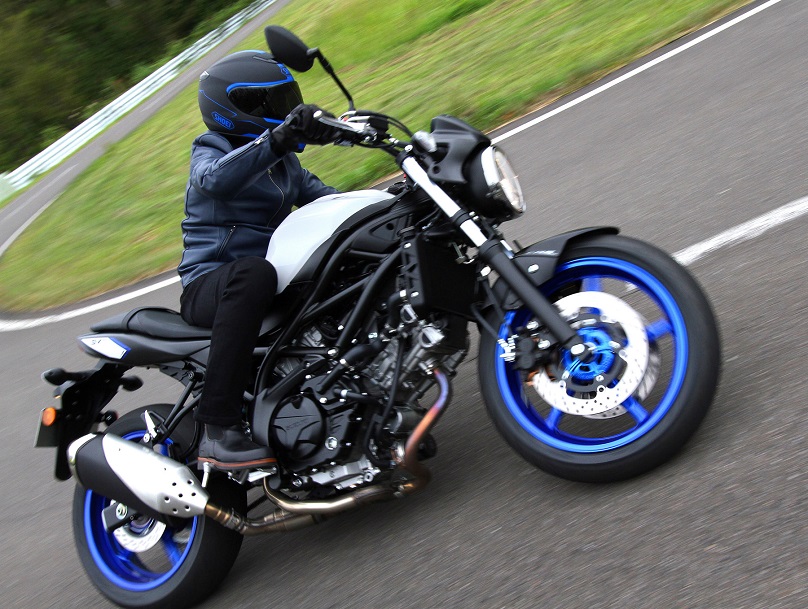 The latest version of the SV650 promises a return to its roots of responsive, affordable and forgiving V-Twin sport riding. More than 140 parts and components were redesigned on the bike, with at least 60 new changes made to the engine alone.

A Low RPM Assist idle control electronically raises the revs on launch for smoother starts. And a new Easy Start button works like many of the newer car ignitions, where you only have to stab the button once, not hold it down.

The chassis is lighter and stronger, contributing to an 8 kg weight saving on the ABS model and a 7 kg reduction on the non-ABS version. The bike is sleeker and narrower with the fuel tank width reduced while still maintaining the 14.5-litre capacity. Suzuki also boasts that the 785 mm saddle height is the lowest in the 600-800 cc class.

The leaner dimensions and revised riding position can be summed up nicely in the Japanese-translated info that said, “thanks to its V-Twin engine, the seat and fuel tank meet slim, it makes feet reach easier”.

The 2017 SV650 adds an LED taillight in back but sticks with the economical bulb headlight up front. A full LCD digital gauge cluster includes all the info you need including dual trip meters, gear position, fuel econ and driving range, to name just a few of its features.

The press info pack shows a palette of red, white and blue colours with included racing stripes on the tank, as well as a basic black model. Decisions have not been made yet on exactly which of those colours and model selections will make it to Canada but we’ll hear more about that when the bikes begin to arrive.