Get ready to enjoy spring with these fast and affordable cars at great prices.

The robots are coming for us.

They’ll show up in their bulbous Google cars, help us down the porch steps and escort us to the medical centre, where a multi-armed bio-metric analyzer will scan for rogue cells and baggy skin. Then it’s off to the caloric warehouse for provisions.

The cars will silently whisk us home, where the robots will leave us to surf through three trillion digital channels and – guess what – there’s nothing on.

Let’s take the wheel while we still can.

Here are four sporty used cars that connect with the road without the aid of telematics, just in time for spring. The robots wouldn’t understand.

The spiritual descendant of the vaunted 2002 tii, BMW’s 1 Series arrived to bridge the chasm between the Mini and the bestselling 3 Series cars. Markedly smaller and 90 kg lighter than the 3, less mass brings more grins behind the wheel.

The 135i scorched the earth on its way to reaching highway velocity in 4.7 seconds, while the 128i took a more leisurely — but still fun — 5.8 seconds. Resolutely rear-wheel-drive, the handling and steering are sublimely rewarding. A convertible with a power-folding soft top arrived later in 2008.

In terms of gripes, there’s little love for the car’s run-flat tires, given their short lifespan, stiff ride and lofty replacement cost. Mechanical weaknesses include malfunctioning tail lamps and window regulators, poor audio systems and interior rattles.The turbocharged 135i is fast, but we can’t recommend it due to the failure-prone fuel pump and high oil consumption. Otherwise, the 1 Series delights drivers with its exhilarating road-going talents. 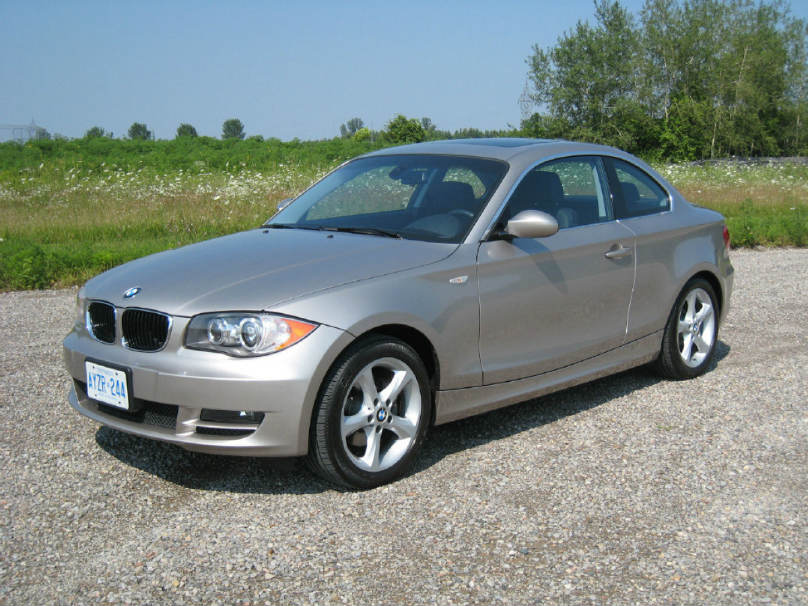 The Pontiac G8 marked the return of a genuine tire-scorching sedan to GM’s joy division two decades after the rear-drive Bonneville bowed out. The G8 was a re-badged Holden Commodore, Australia’s Car of the Year, with a rear-drive platform that would underpin Chevrolet’s Camaro.

The G8’s ride was firm but never punishing, thanks to its BMW-like MacPherson front strut layout and multi-link rear suspension. The chassis was nicely balanced with 48.3 per cent of its weight over the rear wheels.

The base sedan came with a 256 horsepower, four-cam 3.6-litre V6, while the high-performance GT featured a 361 horsepower, pushrod 6.0-litre V8. The eight deactivated four cylinders during steady-stated cruising to save fuel (tuners disabled the feature,).

Not enough juice, Mad Max? The GXP model commandeered the Corvette’s 415 horsepower, 6.2-litre V8 and six-speed automatic transmission (a six-speed manual was optional). It also featured four-piston Brembo brakes and a tauter suspension. It could hit 97 km/h in 4.7 seconds. 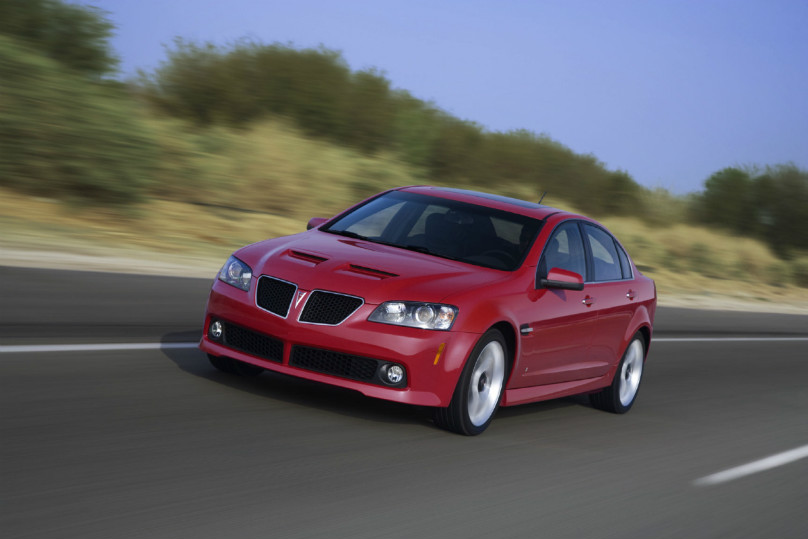 Nobody was expecting a rear-drive sport coupe from Seoul, yet that’s exactly what Hyundai sprung on us after putting its surprisingly adept Genesis sedan through a sports program. The rear-drive Genesis Coupe wore the classic proportions of a pony car: long hood, short deck and a pair of big doors to ease entry into the back seat.

About 12 cm was excised from the wheelbase and struts replaced the sedan’s pricier four-link front suspension, while the independent multi-link rear geometry remained intact. To deliver world-class rigidity, Hyundai resisted the temptation to make it a hatchback, and instead offered a small trunk opening with rear seats that folded flat.

The entry-level 2.0T used a turbocharged 2.0-litre four cylinder, good for 210 horsepower and 223 lb-ft. of torque. The upgrade was the sedan’s all-aluminum 3.8-litre V6 making 306 horsepower; it can attain 97 km/h in 5.5 seconds. A six-speed manual gearbox came standard with either engine. 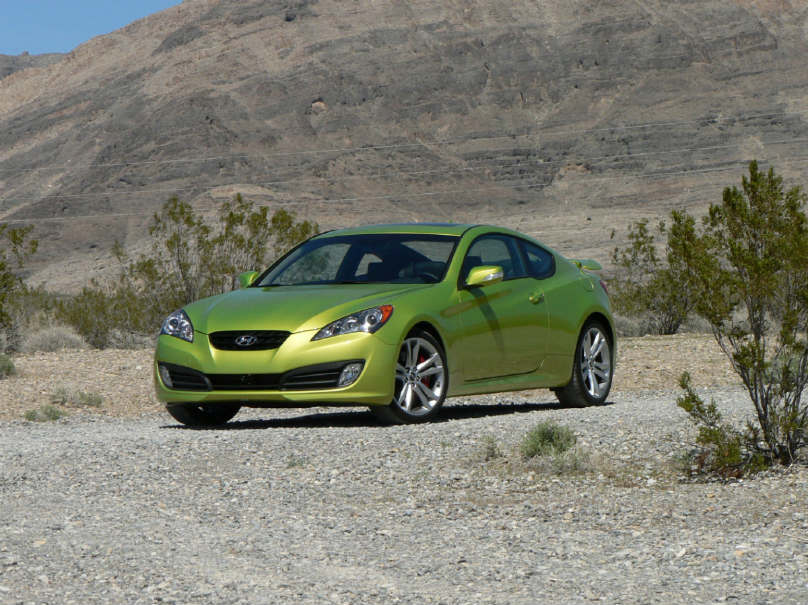 The world’s bestselling sports car got a reworking for its third generation in 2006 to give fans of the Mazda MX-5 Miata a roomier roadster with a wider body and longer wheelbase for better legroom. The chassis was 47 per cent more resistant to twisting, yet curb weight grew by just 25 kg.

The Mazda3’s 2.0-litre four cylinder was massaged to produce 167 horsepower and 140 lb-ft. of torque thanks to a two-stage intake manifold to boost low-end grunt. It could propel the rear-drive ragtop to 97 km/h in 6.5 seconds. The slick five-speed and six-speed manual gearboxes remained among the best in the business, while an optional six-speed automatic was available, too.

With Canada’s harsh winters in mind, Mazda unveiled a retractable hardtop model for 2007. In addition to being a talented driver’s car, the MX-5 is also one of the most dependable. However, premature clutch wear and clutch chatter are not unknown.

Gripes? Newer models came with run-flat tires, which transmitted a punishing ride (some retrofitted regular tires and a can of tire sealant). Cabin water leaks may be traced to blocked drainage holes located on both sides of the rear shelf, requiring a poke with a stiff wire. 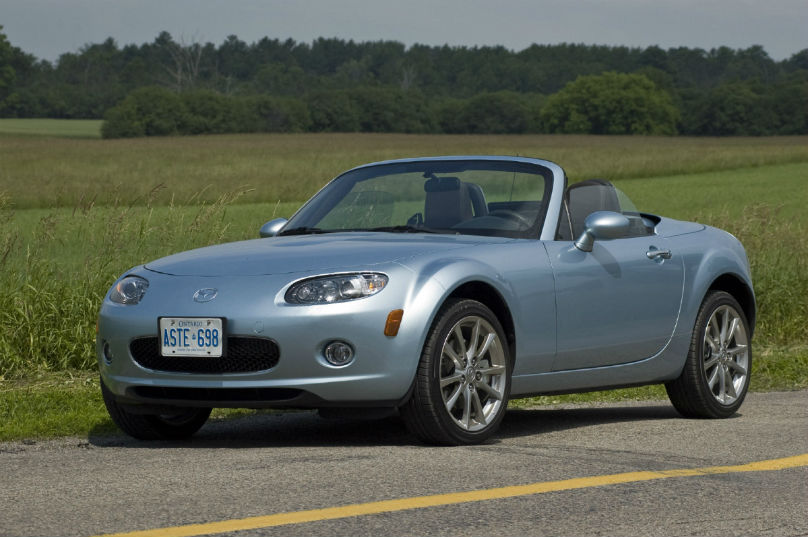