I’m referring to the Halo device, a bar that extends from the front of the cockpit and splits into two prongs that rise above the driver’s shoulders. It’s billed as a cautionary measure that protects drivers’ heads from flying debris on the track.

Does F1’s latest proposed safety device cast the right kind of halo on the sport?

Fernando Alonso’s McLaren was barely recognizable by the time it came to rest at the edge of the Albert Lake Park circuit in Melbourne on Sunday. The double-world champion clipped the back of F1 rookie Esteban Gutiérrez’s car and was sent flying through the air in a barrel roll before slamming into fencing and coming to rest in a heap of wreckage. 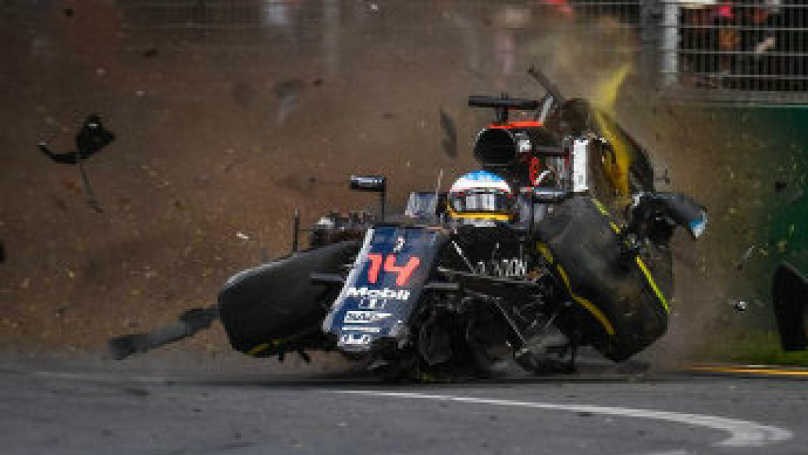 Visibly shaken, Alonso quickly emerged from the overturned wreck and shook hands with Gutiérrez before gingerly exiting the track.

Alonso escaped unscathed, much to everyone’s relief – but it was a terrifying reminder of the inherent risk of motor racing, something the world champion was quick to acknowledge on social media.

“I am aware that today I spent some of the luck remaining in life, I want to thank @mclaren, the FIA for the safety of this cars” said Alonso on Instagram following the first race of the 2016 Formula One season.

Alonso’s salient comment underscores the relative safety of today’s Grand Prix. Long gone are the days of frequent death and serious injury, thanks in large measure to the FIA, Formula 1’s governing body, and its commitment to improving safety measures.

Over the decades, the sport has experienced countless improvements in car and track safety and several transformative safety measures – including tethers that prevent wheels from flying away from the car on impact and injuring drivers or spectators, the HANS (head and neck safety) device that tethers the driver’s head to a mount on their shoulders, along with overall improvement in the design and construction of cars. Most notable of which is the widespread use of carbon fiber that disintegrate on impact, distributing the force of a violent crash.

The result is sport that sees more drivers walk away from horrendous crashes – and fewer slumped over their wheel.

But the most recent iteration of the crusade for improved safety has proven contentious and unseemly, and has drawn the ire of many in the racing world. I’m referring to the Halo device, a bar that extends from the front of the cockpit and splits into two prongs that rise above the driver’s shoulders. It’s billed as a cautionary measure that protects drivers’ heads from flying debris on the track.

The halo is different from other safety advents in several ways.

Its appearance seems more of a crude, knee-jerk reaction to several recent freak accidents than a thoughtful invention, leaving some in racing to speculate that the FIA had finally taken the safety crusade too far and was now attempting something that could truly change the face of racing for the worse. The idea of better protecting drivers in open cockpits is hardly a new concept in Formula One – but this feeble attempt to preserve some aspect of an open concept looks far worse than simply closing the cockpit altogether.

Lewis Hamilton pronounced it the ‘worst looking mod in Formula 1 history,’ and it was met with similar scorn from commentators, drivers and fans alike after its debut at pre-season testing in Barcelona this month. 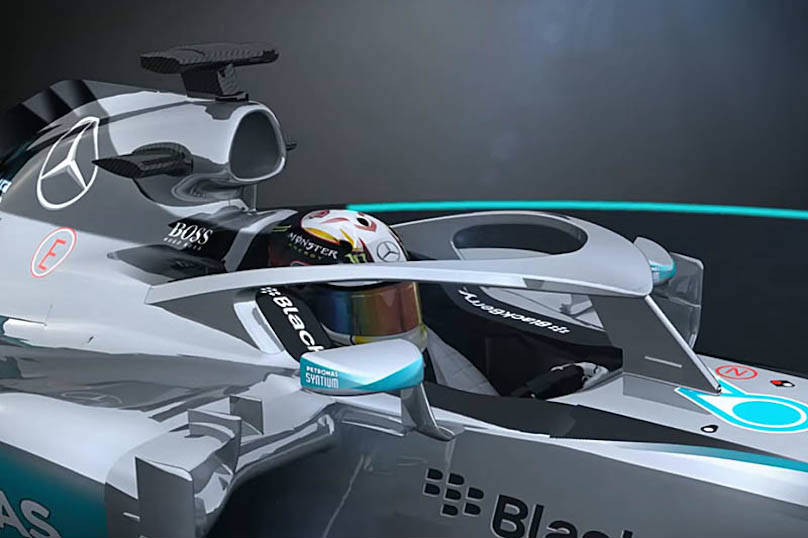 No one really asked for it.

Sure, there were calls from some in racing to better protect drivers – but a more widespread consensus that Formula One should remain open-cockpit prevails – unsurprisingly so, considering that it’s one of the fundamental aspects of the sport.

Alonso scrambled from his cockpit – which remained intact and unmarked from the crash – in seconds, something that might have proved more difficult if bars or a canopy ensconced the driver in his car.

Its effectiveness is not immediately clear

Given that several recent crashes that have spurred conversations about the safety of open cockpits would not have benefited from such a device.

Since the basis for the Halo came about as a response to several accidents, let’s examine the empirical evidence.

The push for cockpit reform gained attention and traction in 2011 following the death of Henry Surtees. Surtees, the 18-year-old son of F1 legend John Surtees, was killed after an errant tire bounced across the track at Brands Hatch during a Formula 2 race and struck him in the head. A Halo device or closed-cockpit would have spared the young racer his life.

Then the calls for safer cockpits mounted once again after Jules Bianchi’s ultimately fatal crash in Japan during the 2014 season, which is widely considered the catalyst behind this season’s experimentation with cockpit protection. The Frenchman slid off the track at Suzuka in the wet under yellow flags before slamming into a tractor that was removing another car from a gravel trap. (Bianchi remained in a coma until succumbing to his injuries in 2015).

But despite experts saying the Halo device would likely not have spared Bianchi’s life (he was travelling too quickly and slammed into the tractor with too much force for it to make much of a difference), regulators moved ahead with this season’s pre-season testing.

Take, for instance, Justin Wilson’s death in last year’s IndyCar Series – undoubtedly one of the crashes that spurred the ostensible appetite for protected cockpits. Wilson was killed when debris from a crash ahead of him – the nose cone of another car – was thrown into the air and landed in his cockpit, killing him on impact. In the minutes and hours that followed, the motor racing world was ablaze with calls for closed cockpits and various solutions to better protect drivers’ heads.

Yet it was clear that other factors were at play. Questions were raised about the elevated risks of racing on an oval circuit, in which many of IndyCar’s races are held. Yet regulators did not publicly suggest or acknowledge the inherent dangers of oval racing, which sees cars carry more momentum and speed (up to 370 km/h) through turns and confines them to a banked track that typically drags any racing incidents through a field of cars before depositing them on the interior of the circuit. The catch-fencing itself also poses risks, as cars that hit the fence at high-speed shed debris across the track. The last point was something Wilson addressed prior to his death, as he sought a safer alternative.

Similarly, Felipe Massa’s crash in Hungary during the 2009 season would not have necessarily been prevented by a Halo. The then-Ferrari driver was knocked unconscious when a spring from the rear suspension of Rubens Barichello’s Brawn struck Massa in the head. With his foot on the accelerator, he careened straight into a tire barricade. In this case, only a closed cockpit would have guaranteed the safety of the Brazilian.

Ironically, there’s also a question being raised in the wake of Alonso’s crash surrounding the safety of the device itself. Many point out that the halo, or a similar system meant to protect the driver from debris, could impede their escape from a dangerous situation. Alonso scrambled from his cockpit – which remained intact and unmarked from the crash – in seconds, something that might have proved more difficult if bars or a canopy ensconced the driver in his car. In the event of a fire or if a crash occurred on a dangerous section of track, those seconds could prove invaluable.

But the reality is far simpler than determining whether halo devices can truly improve safety. It’s that they’re incompatible with the sport. Safety measures have improved conditions for drivers, spectators and stewards alike, but they’ve yet to infringe on the fundamentals of the sport – that is, open cockpit and open wheel.

Motorsport seems to be constantly in a quandary about preserving the essence of the sport – fast cars, exhilaration and danger – while improving its reputation for safety.

But the Halo is simply a hasty attempt to brush over the dangers of racing, and fails to acknowledge the essence of motor sport – speed, risk and adrenaline.

We should embrace change, especially in regards to safety – but we should also maintain skepticism about measures that might endanger the fundamentals of the sport – while addressing an issue of safety that isn’t widespread.