Built on a brand new global platform, the Ascent SUV promises to be family-friendly with three rows of seats and the choice of seven- or eight-passenger configurations.

LOS ANGELES, CA: By early summer, Japanese automaker Subaru will fill a huge void in its lineup with the introduction of its biggest vehicle ever, the 2019 Ascent.

Built on a brand new global platform, the Ascent SUV promises to be family-friendly with three rows of seats and the choice of seven- or eight-passenger configurations.

Introduced on the eve of Press Days today (Nov. 29) at the Los Angeles Auto Show, the Ascent is a midsize SUV designed specifically for the needs of the North American market. It will be built at its plant in Indiana.

Subaru once had the Tribeca as its flagship, but the vehicle proved to be too small and never resonated with the target market. It was discontinued in 2014.

Subaru says the Ascent has been designed with active, growing families in mind. Currently there is nothing for them in the lineup when they grow out of the Forester or Outback.

Powering the Ascent will be a new turbocharged 2.4-litre four-cylinder direct injection boxer engine, producing 260 hp and 277 lb/ft of torque.

Mated with an upgraded high-torque continuously variable transmission (CVT) the Ascent will tow up to 2,270 kg (5,000), enough for many boats or camper trailers. 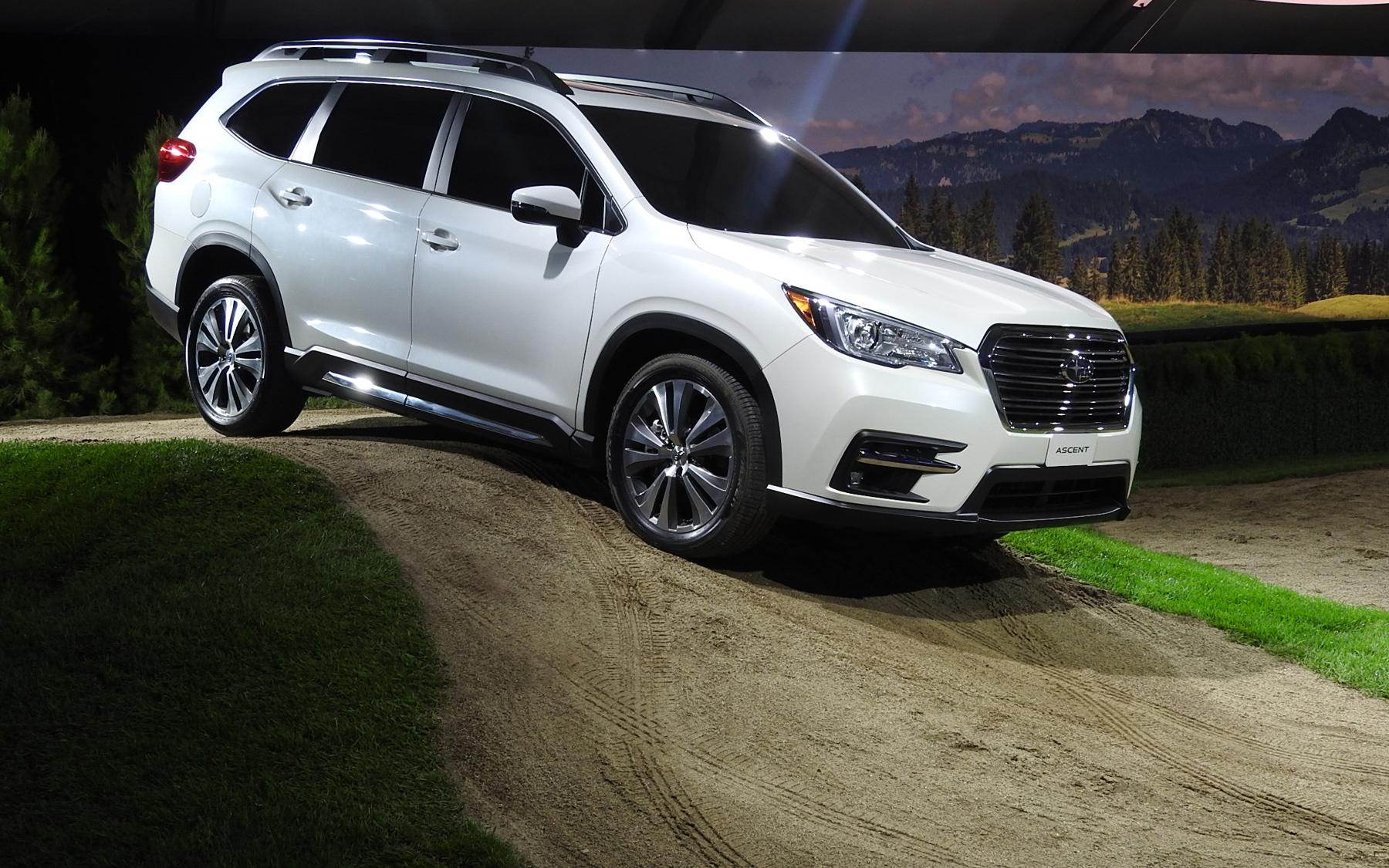 With its bigger size, the Ascent is a departure from what Subaru has produced in the past, but it remains a Subaru at its core with the capability of Symmetrical All-Wheel Drive and X-Mode with hill descent control for improved performance on slippery or difficult road surfaces.

It also boasts 220 mm (8.7 in) of ground clearance, an important feature for cottagers or adventure seekers who head off-road.

As well, it’s the first Subaru to include EyeSight driver assist technology as standard fare across the trim lineup.

This package of safety features includes pre-collision braking, adaptive cruise control, lane departure and sway warning with lane keeping assist, pre-collision throttle management and the new EyeSight assist monitor that flashes alerts on the windshield without distracting the driver’s view of the road.

Also on the safety front, Reverse Automatic Braking reduces or entirely avoids collisions while backing up, while a new front view monitor reduces driver blind spots and a smart rear-view mirror uses a camera to help with rearward visibility.

With 4,346 litres (153 cu ft) of passenger space in three rows, the Ascent will be available with second row captain’s chairs in the seven-passenger model or a second row bench with seating for eight. Both the second and third rows of the benches will be 60/40 split, flat-folding seats.

Wide rear door openings allow easier access for second- and third-row passengers, while grips on second-row seats were inspired by those found on Japanese bullet trains. Steps and grips are also positioned for ease of entry and exit.

Up front, heated and ventilated seats will be available and the focus was to create comfort in all three rows with three climate control zones and air vents in each row and 19, count ’em, 19 cupholders.

Canadian prices for the Ascent will be announced closer to the launch date.