Visibility, or a lack thereof, is a big issue when it comes to motorcycle safety. Following an accident in 2012, Troy De Baca co-founded a company called SignalWear, hoping to make motorcyclists more noticeable to motorists.

Thanks to what they call the world’s first ‘smart’ motorcycle gloves which launched this week on Kickstarter, Smart Signal Blinking Gloves automatically blink when changing lanes or turning.

“Since the rider’s gloves are higher than the turn-signals on the bike, the flashing is more in the line of vision for other drivers, providing added safety to motorcycle riders,” says SignalWear CEO and Co-Founder Troy De Baca, before adding, “Especially when they’re navigating in a crowded, urban environment.” 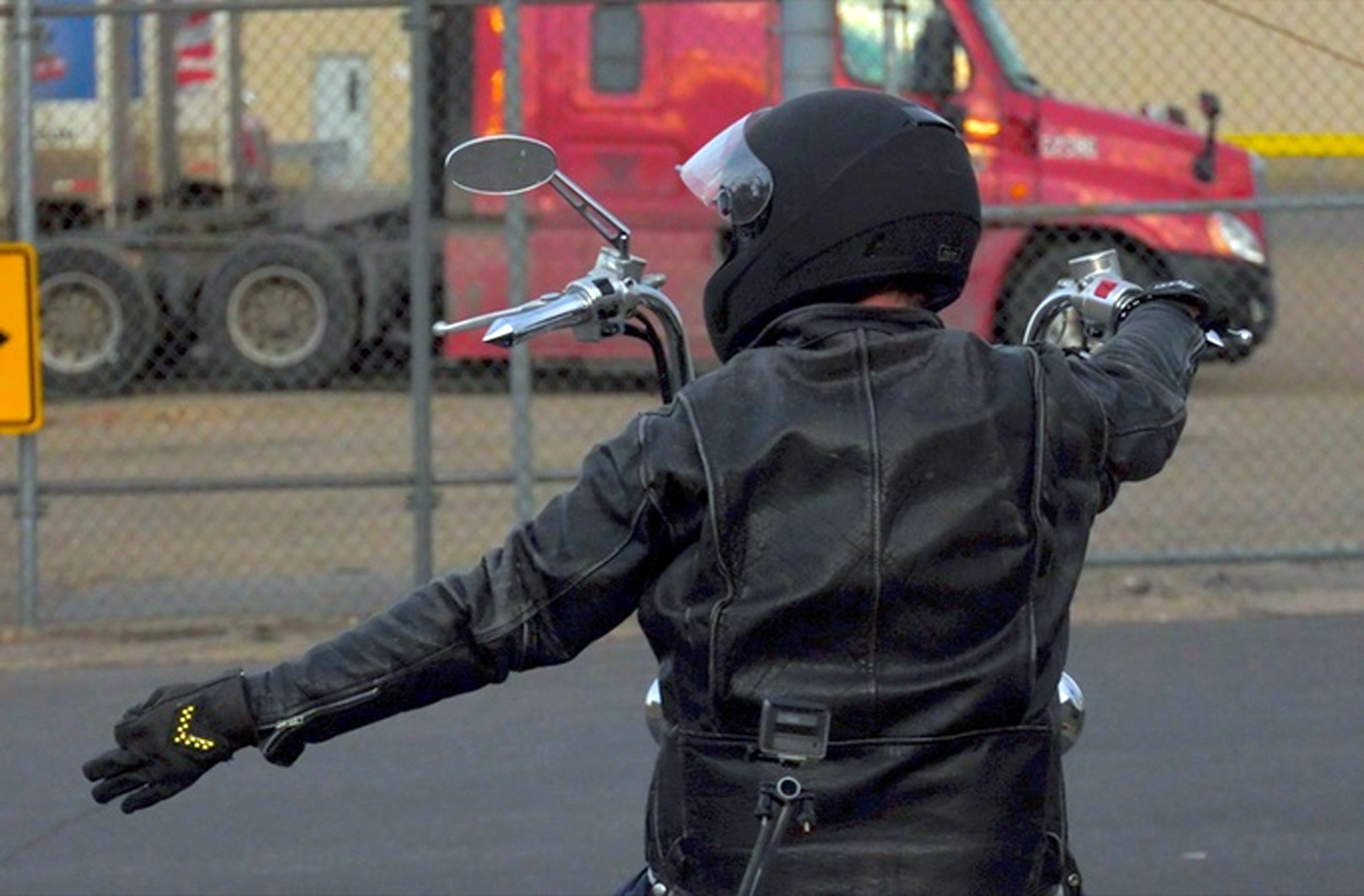 The gloves currently include two features that aim to improve visibility. The Lane Changer activates chevron LED’s on the left glove via a multi-function push I/O button, allowing a rider to utilize traditional left hand signals for right and left turns. This can be activated through a micro switch in the thumb of the glove or by the rider simply tilting their hand. The second feature is called SignalBox, which allows the glove-activation to be hardwired into the motorcycle’s existing blinker system, signalling the glove to blink in conjunction with the turn signal.

The gloves also contain built-in technology that can be unlocked in the future. De Baca says that as SignalWear gains more interest and support through the Kickstarter campaign, more smart features will be activated on the gloves. With enough funding, SignalWear plans to introduce Hands Free GPS Navigation coupled with the functionality of “The Lane Changer,” which will alert the rider of upcoming turns and lane changes through vibration. This technology links via Bluetooth to a navigational phone app, which vibrates via haptic motors.

The 2021 Acura TLX Finally Gets the Power Upgrade