The Magdalen Islands — les Îles-de-la-Madeleine in French — are among our most precious hidden gems. Remote, exotic, and utterly beautiful,

For many Canadians, going on vacation means crossing borders. This summer, why not consider exploring the vast beauty and wonder of our home and native land?

The Magdalen Islands — les Îles-de-la-Madeleine in French — are among our most precious hidden gems. Remote, exotic, and utterly beautiful, this tiny archipelago in the Gulf of St. Lawrence is a popular French Canadian destination but is virtually unknown outside of Quebec. You can even get there with your own car and, with a bit of ingenuity, camp out in it and take in the islands up close and on the slimmest of budgets. 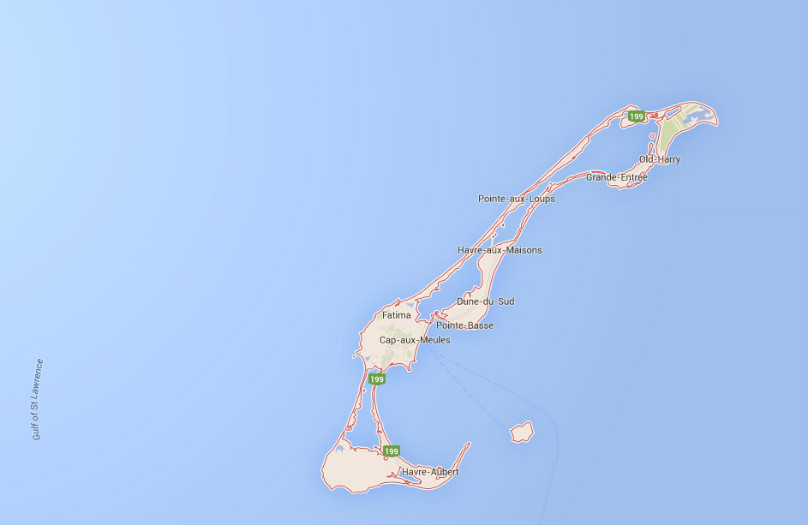 Why are Canadians so darned quick to leave the country when it’s time to go on holiday?

For some people, it seems a vacation isn’t real if it doesn’t involve an airplane and a passport. Those folks have no idea what they’re missing. From coast to coast, this country is home to some of the most beautiful destinations in the world.

Take for example les Îles-de-la-Madeleine. This tiny chain of islands in the Gulf of St. Lawrence is a popular summer getaway for French Canadians, but it’s almost completely unknown outside Quebec’s borders.

They’ve been holding out on us, folks. I’ve travelled extensively, and yet this little archipelago is easily inside the top three places I catch myself daydreaming to visiting again.

Go in late August, as my daughter and I did, and the tour guides at La Salicorne will lead you in picking wild blueberries right off the windswept coastal sand dunes. 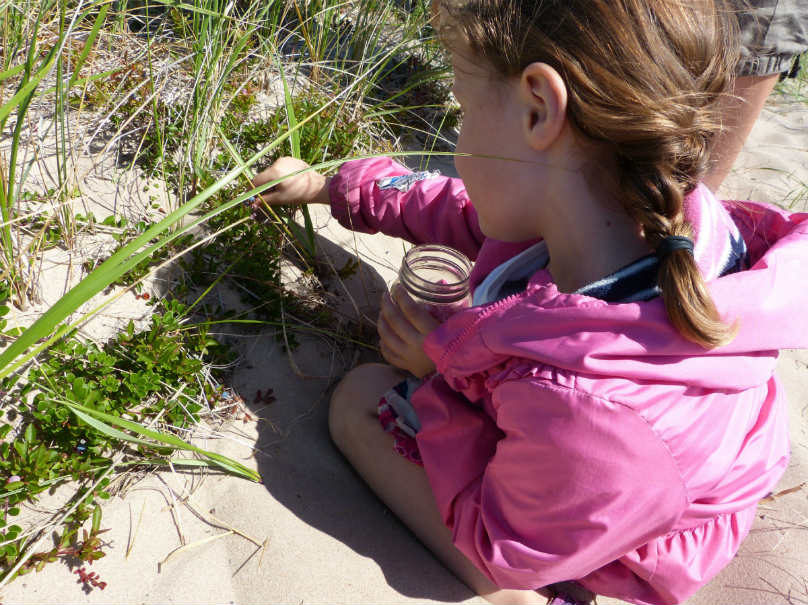 All summer there’s sea caving, kayaking, clam digging, some of the best kitesurfing you’ll find anywhere, and beaches so beautiful and remote you’ll believe, just for a moment, that you own the entire world.

The people are warm and welcoming and, despite easy assumptions to the contrary, for the most part they are bilingual. The restaurants are of a calibre you’d never think possible. And it’s so easy to catch a sunrise and sunset over the sea that you could see both on the same day, purely by accident.

It’s equal parts rustic and refined, luxurious and down to Earth — and you can reach it all in the comfort of your own car. If you would drive to Prince Edward Island, you can drive here and get off the ferry with your own wheels at the ready as you set off to explore.

My daughter and I made this trip together in the 2016 Subaru Forester.

That was at the end of last summer. The 2017 Forester has since been announced and it’s on the horizon sporting an extensive suite of updates.

One of the hallmarks of the new edition is improved soundproofing, which is key because that would have been my primary complaint with the outgoing model. 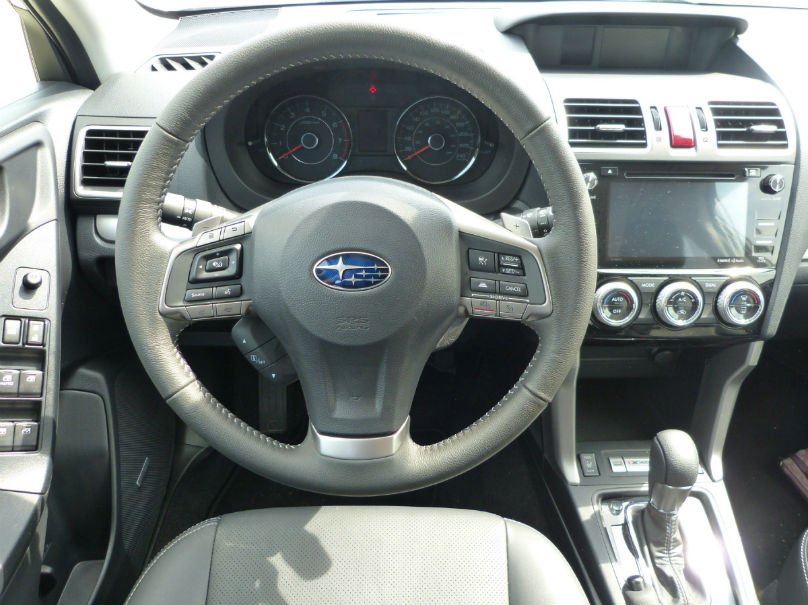 While the 2016 Forester was already an IIHS Top Safety Pick+, the 2017 version comes with a significantly upgraded suite of safety features, including updated forward collision prevention technology and rear and side detection. 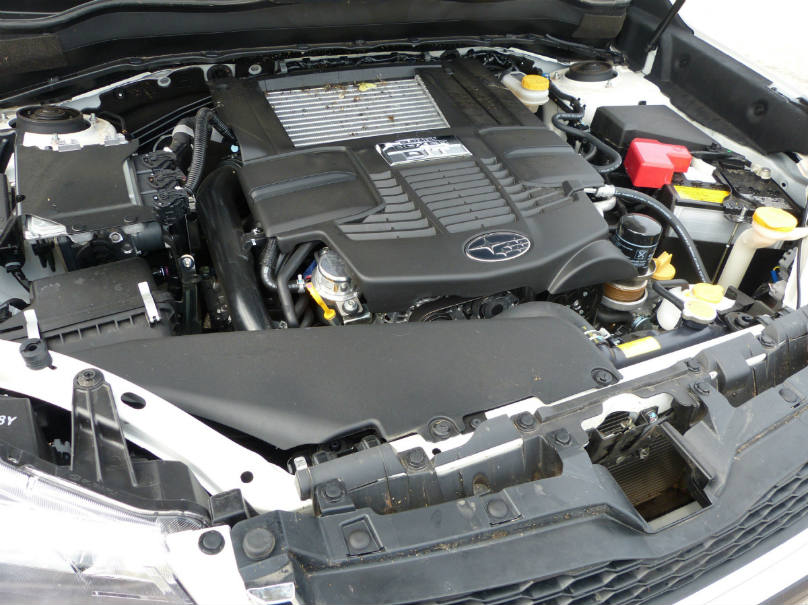 What won’t change are the features that make the Forester a solid choice for families who like to be ready for anything.

Symmetrical all-wheel drive remains standard, as with all Subaru vehicles. And its cargo compartment holds a generous 2,115 litres with the second-row seats folded — which happens to be the perfect size to throw a double air mattress in the back and turn the wilderness into your personal bed and breakfast.

RELATED: Secondhand: Things to know about a used Subaru Forester

The freedom of the open road can be breathtaking, and there are few things better than a car that makes it easy to explore it. 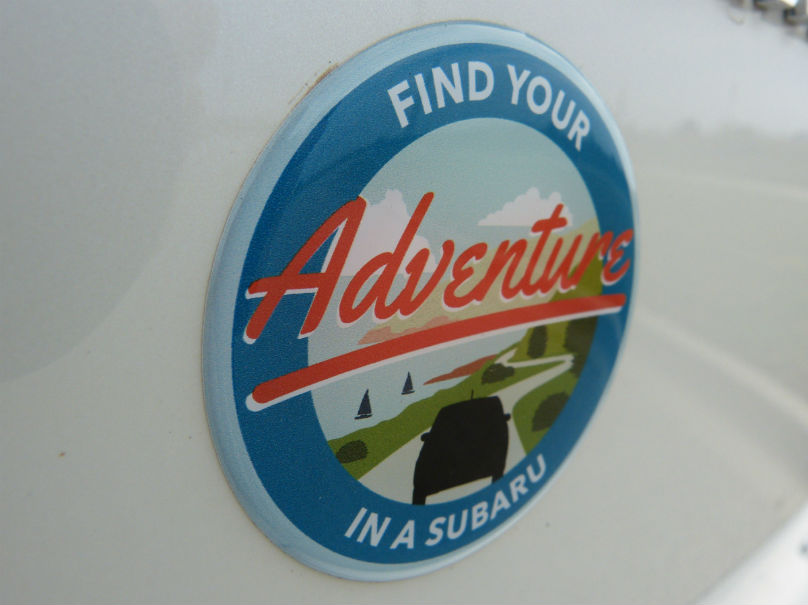 There are plenty of beautiful upscale hotels on the Îles-de-la-Madeleine, and if you have the budget to use them then you absolutely should.

But I believe firmly that choosing to camp played a major role in making this trip so special for us.

We fell asleep every night gazing up as the stars and awoke every morning to glorious sunrises. On our last evening there, my daughter slept peacefully as I sat in front of a campfire at Parc de Gros-Cap listening to the ocean waves while revelers sang French Canadian folk songs in the distance.

However luxurious it may be, no hotel can ever deliver that kind of spontaneous magic.

But here’s the caveat: you would never want to camp in a tent on these islands. It gets far too windy. Even if you pegged everything down extremely well, you’d be buffeted around so much you’d never get any sleep.

If you don’t have an RV at your disposal, don’t let that stop you. Car camping does the job perfectly. Fold down the rear seats, throw an inflatable mattress in the back, and sleep right there under the stars.

After a couple of days in a row, I had this down to an art and could set up camp in the evenings in about five minutes.

Each morning I’d let some air out of the mattress and fold it in half on top of itself, bedding and all, and throw our suitcases and backpacks onto it. In the evenings I’d move the car seat and bags to the front seats — our cooler lived permanently in the passenger seat footwell — then fold the rear seats down, flip the mattress back over, and reinflate it. It would take longer to check into a hotel and drag your bags inside.

And as a woman who routinely travels alone with a child, I have to confess that I find the ability to lock the car doors a significant advantage over a tent, though I’m fairly convinced that the Magdalen Islands are among the safest spots on Earth.

If you’re ready to give it a go, here are a few tips to make your first trip easier.

— Pack bathroom toiletries, towels, and flip-flops in a completely separate bag to makes visits to the campground ablutions a more organized affair.

— If you and/or your travel companion are sensitive to light, bring a few extra towels or sheets along to tuck into the side windows. A few safety pins could continue that covering around the back windows as well if you don’t mind risking small pulls in your roof upholstery.

— Rather than one or two large suitcases, use smaller suitcases and backpacks. These are easier to rearrange and tuck into crevices, which takes less effort to ensure you have a clear view out the rear window when you repack the cargo hold each morning.

— A quality cooler that will hold its temperature for a couple of days will mean fewer visits to the grocery store, which leaves fewer chores and more time for exploring.

— To help kids cope with long days in the car, bring along a car caddy. I picked up a soft-sided model that belts into the rear middle seat for less than $20. Once it’s stuffed with a water bottle, snacks, books, and games, my daughter stays occupied for hours. 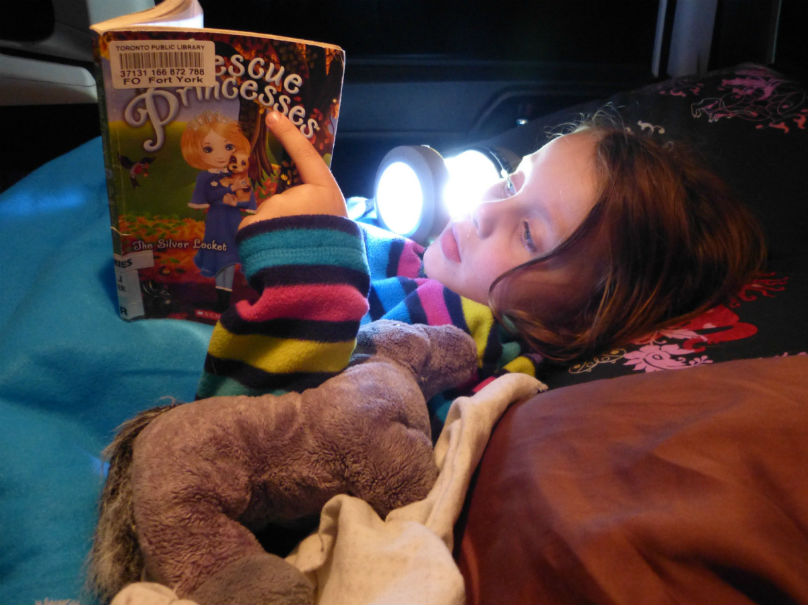 To drive to the Îles-de-la-Madeleine from Toronto, you’ll pass through Eastern Ontario, Quebec, and New Brunswick before arriving in Prince Edward Island. The dock is in the northeastern PEI town of Souris. The ferry crossing takes five hours (and there’s not a lot to do on board, so bring a book and some activities for the kids). It leaves daily at 2 p.m. throughout the summer with some additional overnight crossings available. Visit http://traversierctma.ca/ for details. 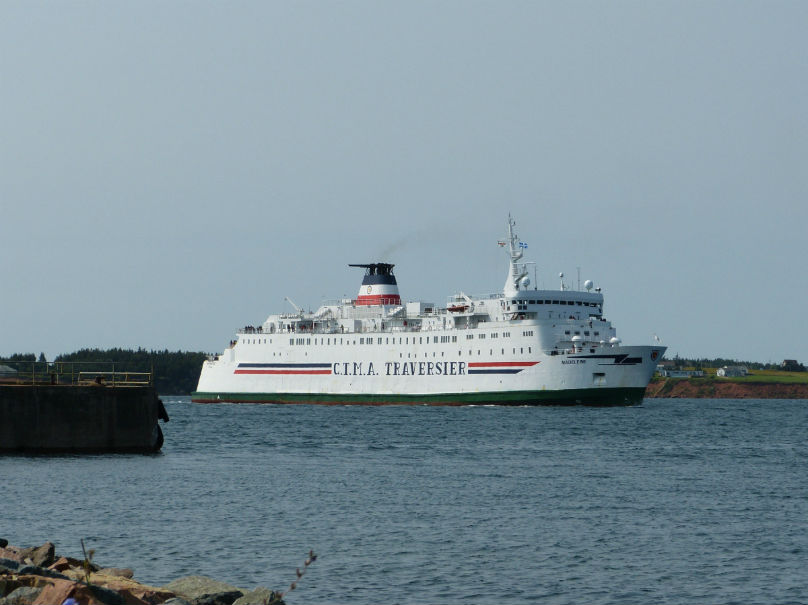 It only takes about an hour to traverse the entire length of the main highway on the islands, Route 199, but you’ll never do it once without finding someplace new to stop and explore. Here are a few spots you won’t want to miss.

A stay here should be considered essential for getting the best immersion possible into Madelinot life. You’ll find beautiful facilities and views, exceptional excursions, and a restaurant staffed by local chefs who will prepare authentic French Canadian seaside delicacies. (Fair warning: you’ll be offered seal meat and a Seal Interpretation Centre tour as seal hunting is a major contributor to the local economy. A gentle decline will suffice if you prefer not to partake.) 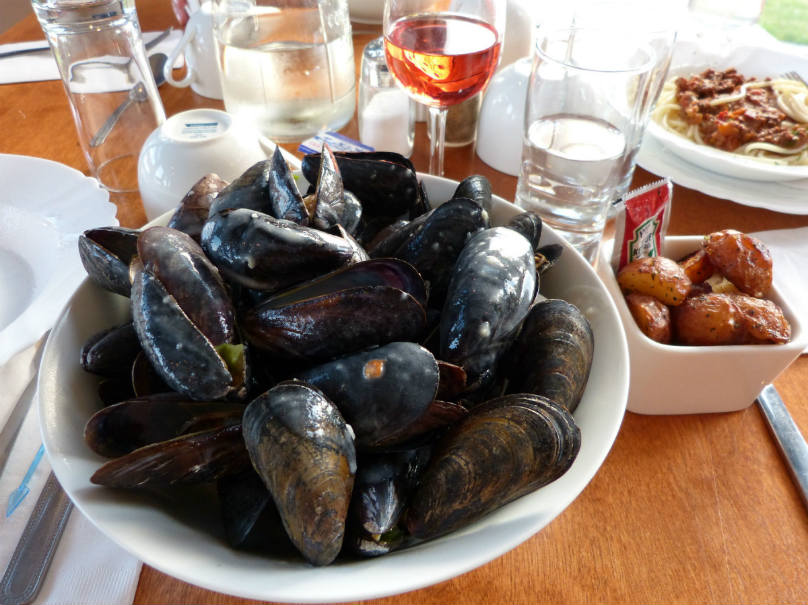 The Magdalen Islands have their very own cheese house that supplies traditional fresh curds and a variety of cheeses throughout the islands. Arrive at just the right time and you can watch the shop’s herd of cows make its way from the pasture across the street into the milking shed. Bring a good cooler along — you’ll definitely want to take some cheese home with you.

At one time, there were as many as 40 smokehouses on these islands, but overfishing of local herring stocks led to every one being shut down by the late 1970s. The owner of this shop decided to revive the art, which was practiced by his grandfather, reopening an old facility and using traditional methods. See the fish hanging in the windows as they’re smoked, then buy some of your own to take home.

Located just to the south of the Pointe de l’Est National Wildlife Area, Old Harry Beach is repeatedly selected as being among Canada’s most beautiful and unique beaches. The sand runs 8.5 km in length, so bring a picnic and good walking shoes. On the early September day when we visited, there was not another soul in sight for an hour or more. I felt like we had the entire world to ourselves. 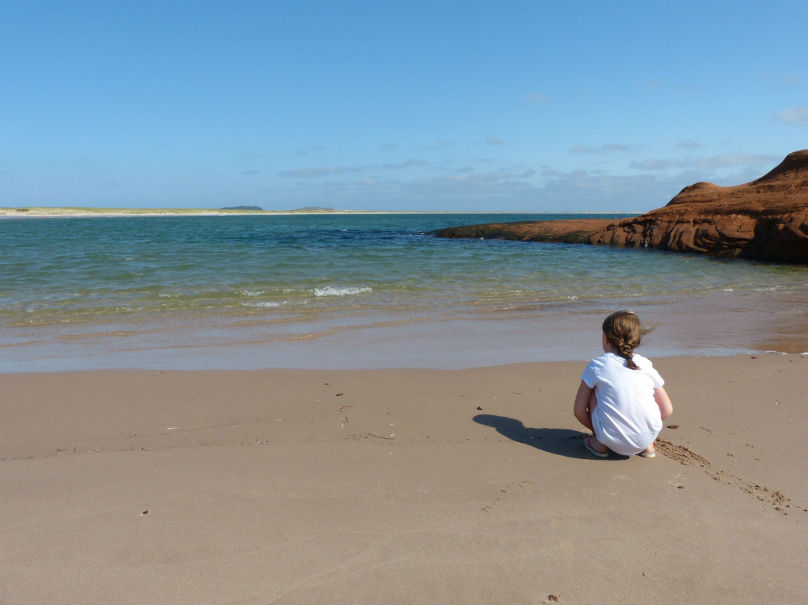 There are plenty of campgrounds on the islands and each of them has its merits, but Parc de Gros-Cap is a standout. With its central location, modern facilities, wide variety of activities, and numerous sites overlooking the Gros-Cap peninsula’s cliffs that plunge into the sea, Parc de Gros-Cap is an ideal place to put down roots for your stay. 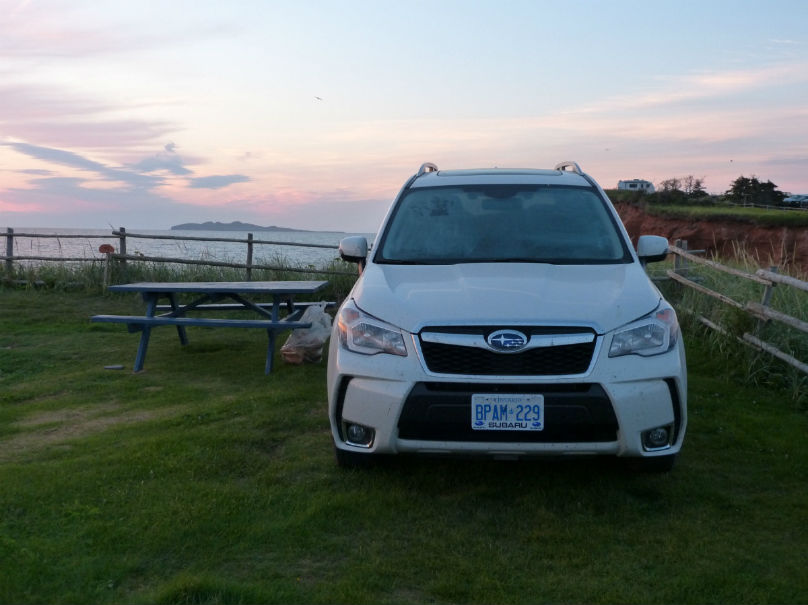 Artisans du Sable sits just outside La Grave, the site of the islands’ first settlement where visitors will find numerous quaint artisan shops and cafés. This one stands out for its unique variety of objects made entirely from sand, both local and imported, ranging from candle holders to clocks, tiles, chess sets, jewelry, and much more. It’s the perfect way to take a little piece of the islands home with you. 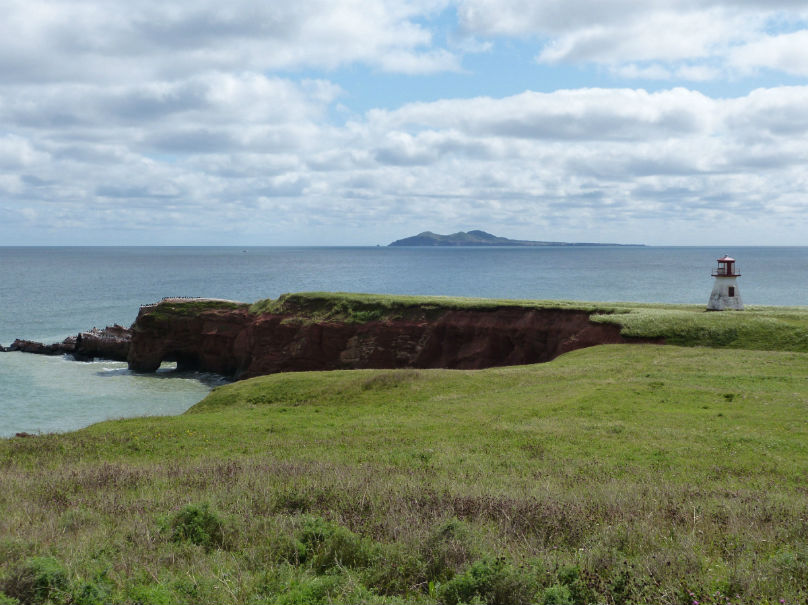 Being surrounded by miles and miles of ocean doesn’t preclude you from enjoying a fabulous meal. Les Madelinots know La Table des Roy as the singular place to go when there’s something very special to celebrate. Since 1979, chef Johanne Vigneau has been delighting diners with delicacies from the islands and beyond, and to this day she prepares every dish with vivacity and imagination. 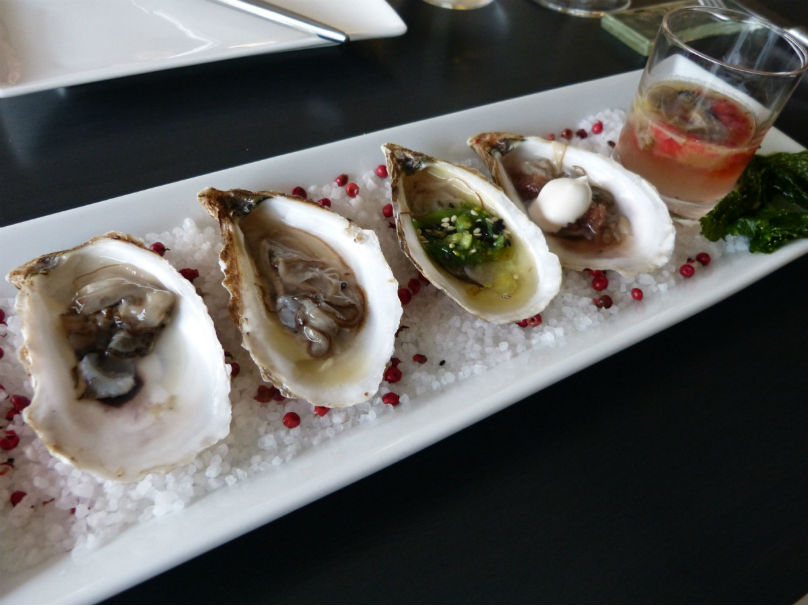 To the wrong person, the 7:30 a.m. departure and one-hour ferry ride that leaves a visitor on Entry Island until late in the afternoon can seem like purgatory. But intrepid travellers will explore how this isolated community of less than 100 anglophones endures on this far-flung and windswept island. Be sure to climb Big Hill for the best views in the entire archipelago, visit the museum, and stop for ice cream and a chat at Alvin’s Delight.

HOW MUCH DID WE SAVE BY CAR CAMPING?

To drive and camp: