A Macan model with a 252 hp turbocharged four-cylinder engine has a top speed of 229 km/h, joins the ranks of Porsche models sold in Canada.

Porsche is extending its line-up of compact SUVs by adding a new Macan turbo model.

Its four-cylinder turbo engine was specifically tailored to this vehicle, which is the sports car of the SUV segment.

The Macan will be available in Canada in July with pricing starting at $52,700.

The turbocharged 2.0-litre engine in the Macan delivers 252 hp from 5,000 to 6,800 rpm and, like all other Macan models, comes standard with a seven-speed PDK dual-clutch transmission.

Its powerful 273 lb-ft of torque available between 1,600 rpm and 4,500 rpm, for instance, enables fast overtaking maneuvers.

As a result, the Macan is capable of reaching 100 km/h in 6.7 seconds, and with the optional Sport Chrono-Package, the time is reduced to 6.5 seconds. 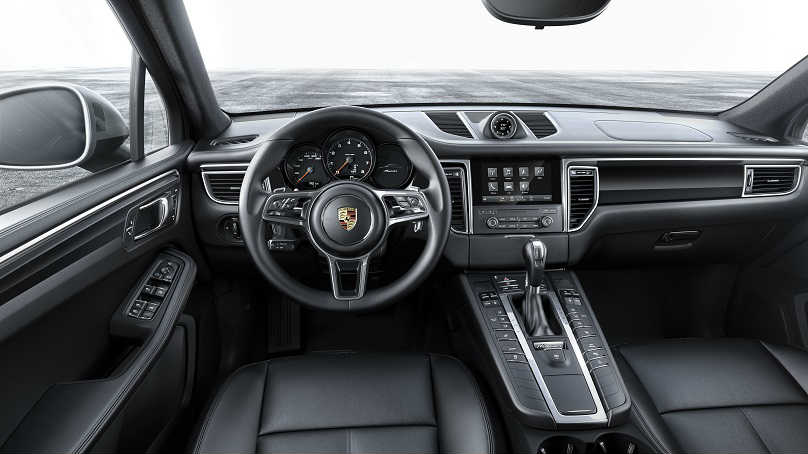 The top speed is 229 km/h. The Macan proves to be very efficient: it returns 9.3L/100 km on the highway according to Transport Canada.

As is characteristic for all Porsche models, the Macan is capable of converting its engine power into exceptionally sporty driving dynamics.

This is ensured by the standard Porsche Traction Management PTM active all-wheel drive system in interplay with an agile suspension and precise steering. An air suspension system with levelling control including the PASM with adaptive dampers is available as an option.

With an unsprung of 1,770 kg, the Macan is the lightest SUV made by Porsche, which translates into agile handling.