There is no question that Jeep is an American icon. Like Harley-Davidson motorcycles, Marlboro cigarettes and Wrangler jeans

There is no question that Jeep is an American icon. Like Harley-Davidson motorcycles, Marlboro cigarettes and Wrangler jeans, the brand that descends from the original general purpose vehicle (Jeep literally derives from the initials GP) is entrenched in the fabric of the nation from whence it came. The original Willy’s Jeep went into production in 1941, making a name for itself in WWII by being the primary light-duty vehicle of the United States Army. While much has changed over the years since it’s introduction, both to the nation and the brand, Jeeps are capable of far more than the majority of their owners will ever know or experience. The capability is still there but the creature comforts included in the standard list of equipment in 2016 make the contemporary experience vastly more civilized.

I chose to take the 2016 Cherokee Trailhawk on this particular roadtrip because I wanted something that would be relatively smooth and efficient on the freeway yet offer the versatility of an off-road vehicle once we arrived at The Lodge at Glendorn in northwest Pennsylvania. With a base MSRP of just $33,695, my Eco Green Pearl tester featured a laundry list of optional equipment such as the Comfort and Convenience Group, Cold Weather Group, Technology Package, Trailer Tow Group and Safety technology group which adds power heated mirrors with turn signals, Blind Spot and Rear Cross-Path Detection. 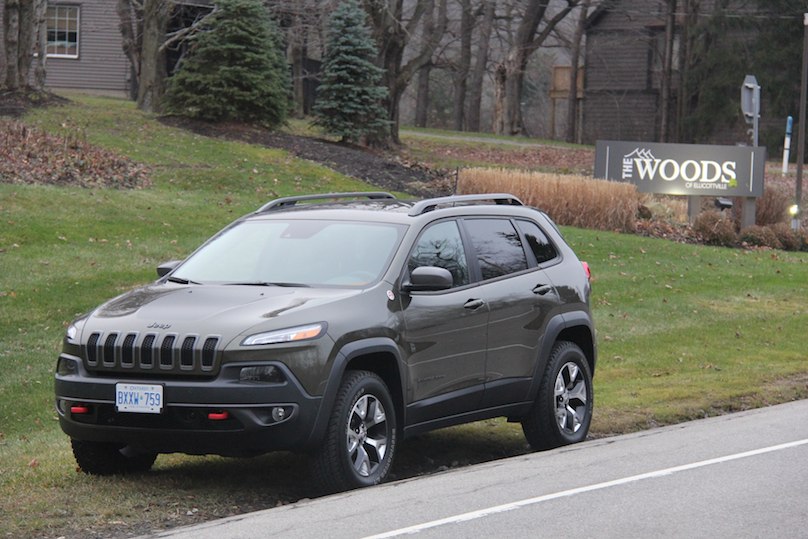 Virtually my only gripe about the compact SUV is that the latter lets out a loud beep every time a vehicle is remotely near your bind spot and you engage your turn signal. Out on the open road it isn’t as big of a deal, although it makes passing other vehicles annoying and frequently woke up my napping passenger, but in downtown Toronto it seems like there is always someone in your blind spot, essentially punishing you for using your turn signal. I digress.

Available with a 2.4L I-4 engine, our tester featured a 3.2L VVT V6 engine mated to an industry-first 9-speed automatic transmission. No, that number isn’t a typo. While it won’t win any drag races, power delivery is smooth, quiet and more than ample for 99 per cent of people buying a crossover. Thankfully the model I was piloting also had GPS navigation since both myself and my fellow travel writer friend Melissa had assumed that the other one had planned the route to our destination. With the coordinates punched in we were off, entertained by the soundtrack of the Tom Petty channel on SiriusXM satellite radio, much to Melissa’s chagrin. Lucky for her I didn’t sing along to every song.

Steering feel was smooth and light around town but predictable and concise on the highway as we crossed over the border into the Land of the Free, after stopping at the Duty Free of course. I may have declared the bottle of single malt I picked up to the border officials but the handy storage compartment under the front passenger seat kept it away from prying eyes.

We opted to take the direct route to Pennsylvania down Highway 219 which passes through Ellicottville, NY, a quaint little town much like the one depicted in the film Pleasantville – complete with verandas and white picket fences. It is also home to Holiday Valley ski resort, the Ellicottville Brewing Company and an alpaca farm. Don’t let their soft fur and cute appearance fool you, they can be vicious! 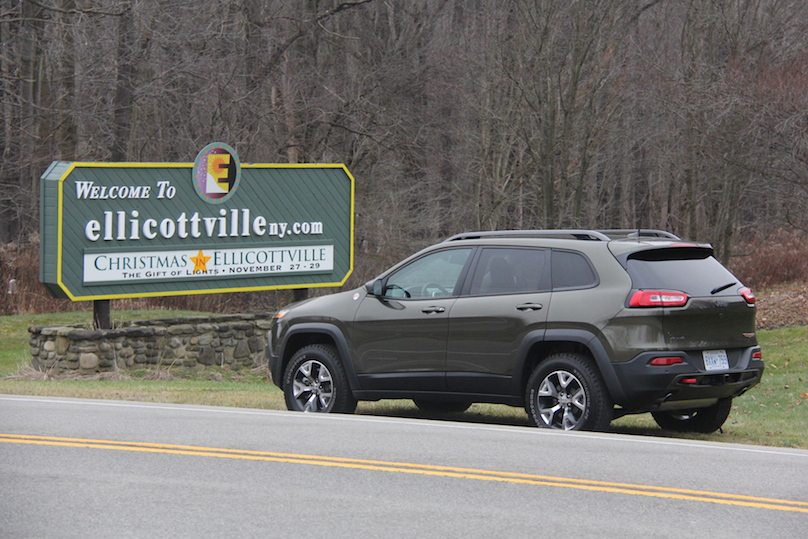 From there we continued on to Bradford Pennsylvania, a depressed and dilapidated former oil town most famous for being the home of Zippo lighters – another American icon. Bestowed with the accolade of ‘Northwestern Pennsylvania’s most visited museum’ (I didn’t bother to investigate how many museums there are in the area), the Zippo museum is most definitely worth visiting if you happen to be remotely interested in entrepreneurship, history or advertising. With the help of visuals from Hollywood, pop culture and the American Armed Forces, the museum documents a fascinating tale of a bygone era when society applied immense amounts of peer pressure to smoke. The corporate offices have remained relatively unchanged since the 1950s – complete with Zippo lighter-themed street lamps.

The Lodge at Glendorn is only a short drive from the gritty small town but feels worlds away. Admittedly we didn’t know what to expect when we planned the excursion, but what we found was a true diamond in the rough. Sitting on 1,300 acres of land bordering the Allegheny Mountain range, the property was purchased in 1927 by C. G. Dorn who envisioned it as a retreat for his growing family. And the family grew indeed. 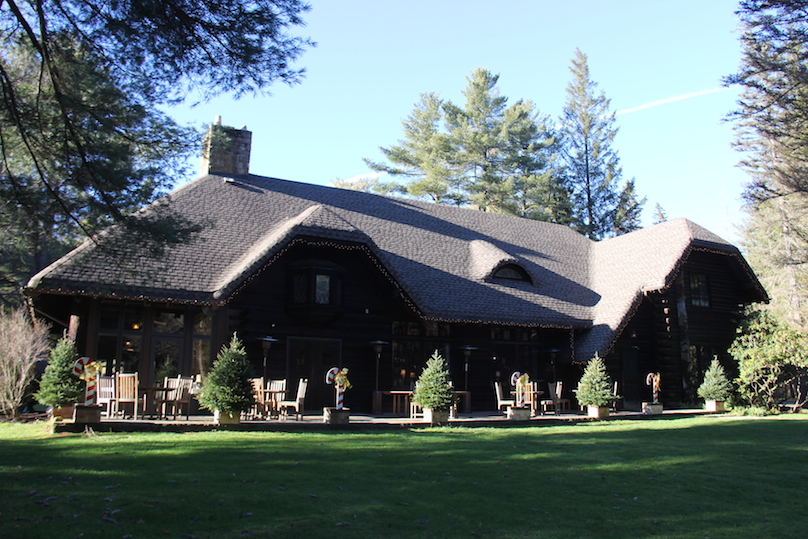 The original lodge became a main house where the family congregated for meals and activities while each offspring moved to their own private cottage. Each one represents the family unit for which it was designed and the era in which it was constructed. We stayed in Jill’s cabin, a log and plank bungalow with two bedrooms featuring en suites, a kitchen, dining room and wood burning fireplace.

From the moment you approach the private gates of Glendorn, you feel like something magical is going to happen. You’re a guest at a private home turned resort where each and every employee takes great pride in satisfying their guests every whim. The origins of Glendorn as a family retreat are carried on by those who work there, making guests feel welcome and special. Pampered. Spoiled, even.

You’d fit in better wearing tweed rather than camo as the whole experience is exceptionally civilized.

Winding down after a long week was easy there. Sitting in front of a crackling fireplace with a nice Islay single malt Scotch was made all the more enjoyable since there wasn’t cell service to be found. Complimentary Wifi is available in the main house and international calls are free should you absolutely wish or need to stay in touch with the outside world. Thankfully I didn’t feel the need for such distractions.

Originally working for the Dorn’s and staying on after the estate opened to the public in 1995, Activities Director Damon Newpher takes great pride in Glendorn and in his work. While guests are free to relax and enjoy the tranquility of the spa or the tranquil surroundings, there are countless activities for every season, interest and fitness level. Snowmobiling, snowshoeing, hiking, tennis, fly fishing, kayaking, swimming, cycling, skeet or trap shooting and hunting to name just a few. Opting to shoot clay targets rather than animals, we tried our hand at the range with Newpher’s expert guidance and instruction, with relative success.

Newpher then took us on a personal tour of the grounds in the resort’s classic 1987 Jeep Grand Wagoneer. Sturdy and surefooted as an ox, the original luxury 4×4 SUV showed how far Jeep has come in terms of build quality and refinement. The Trail Rated Cherokee is undeniably quieter and more efficient but retains the heritage and capability of its elder sibling. Taking my own tour along the same routes later on, I had a chance to try out the four-wheel-drive system complete with low gear and controlled hill descent feature. Approach angle and gearing make it a proficient off-road companion. Stock tires are targeted for fuel economy and comfort but upgrading to a more rugged tire would dramatically increase the traction, making it virtually unstoppable. 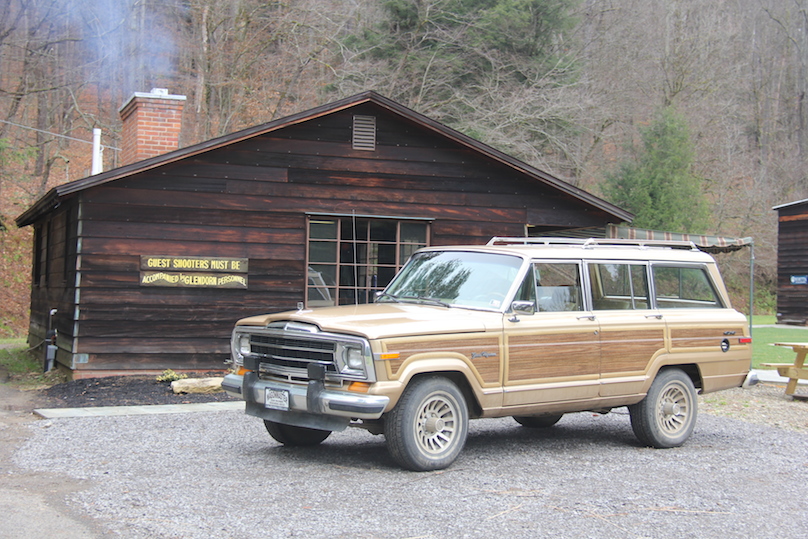 The various ecosystems throughout the property are favourable for hunting deer, turkey, grouse and even bear. You’d fit in better wearing tweed rather than camo as the whole experience is exceptionally civilized. Handlers will field dress the animal and the world class kitchen will even use it to prepare a special meal for you and your guests based on the species, accompanied by the freshest seasonal ingredients. 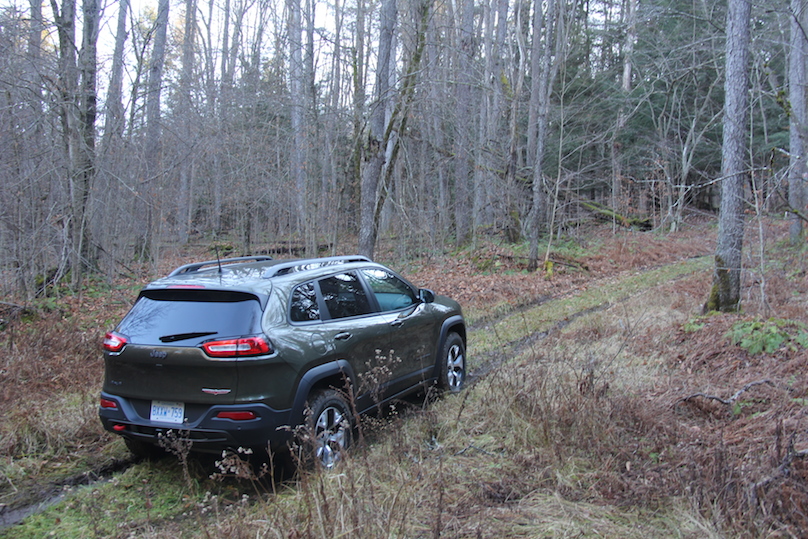 The most unexpected and welcome surprise arrived as we sat down to dinner in the main lodge. Tables are adored with fine silverware and white linen tablecloths while guests wore jackets and ties. We weren’t prepared for the opulent surroundings but the staff made us feel right at home with their friendly, welcoming demeanor. And wine list. Executive Chef Joseph Schafer manages a dedicated team that introduced textures and flavour combinations our palettes had never thought possible. Visually captivating, the presentation of each course was only exceeded by the taste combinations of the high quality ingredients. 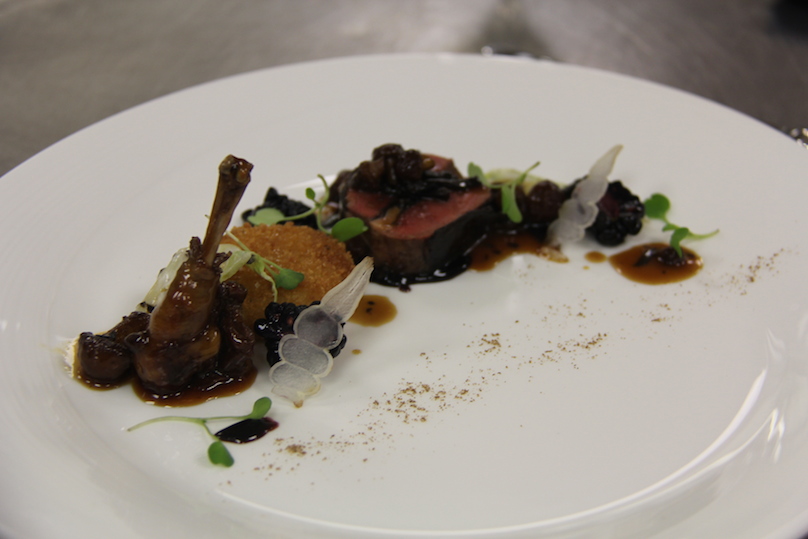 Infinitely talented and unnecessarily modest, we were fortunate enough to take part in a cooking class hosted by Schafer in his kitchen. Effortlessly preparing Squab with black truffle, he gave us a glimpse into the process of his nightly creations.

Following another incredible meal, we took a short stroll up to a lakeside cabin where various adult beverages and the necessary accoutrements for S’mores were generously laid out for guests to help themselves. The lake features skating in the winter, swimming in the summer and Saturday night bonfires all year long.

The Lodge at Glendorn offers a unique combination of opulent yet rustic luxury along with a choose your own adventure experience. We were sad to leave the gated confines of the sprawling estate, but eternally grateful for the time we spent there, allowing us to feel restored and rejuvenated. The Lodge at Glendorn truly does provide an enjoyable escape for all seasons, and what better vehicle to experience it in than in the Jeep Cherokee Trailhawk, a capable, rugged yet refined 4×4 that can go anywhere and do anything with style and grace.

ALSO READ: 48 Hours in Montreal on the new Sportster 48

Story and photos by Dustin A. Woods 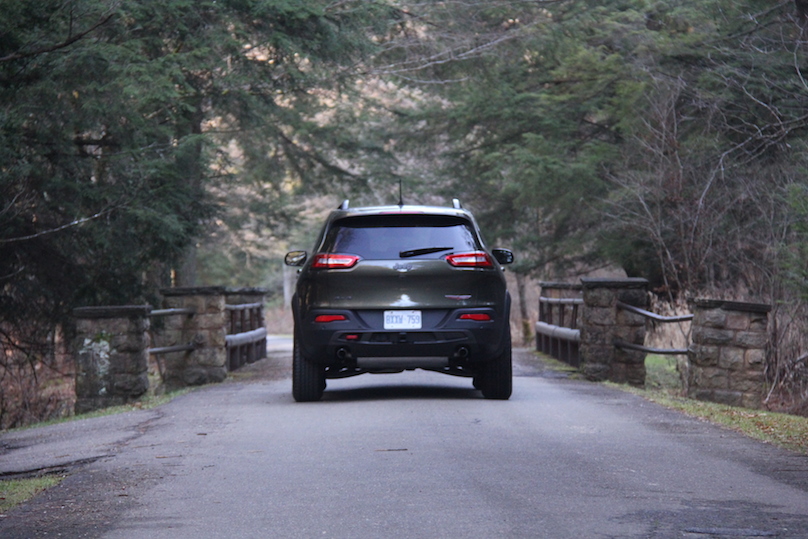