A Nissan GT-R has just claimed the Guinness World Record for the fastest drift at 304.96 km/h.

Nissan has set the Guinness World Record title for the fastest drift ever .

The record was broken with a speed of 304.96 km/h and 30 degrees angle using a specially tuned 2016 Nissan GT-R. Masato Kawabata, the Japanese drift champion and title holder for the Japanese drifting series, clinched the top spot from former record holder Jakub Przygonski of Poland.

The record was set during a special event that took place at Fujairah International Airport, UAE.

The record-breaking Nissan GT-R was developed with the support and coordination of Nismo specialists.

It was tuned to 1,380 hp in order to set the record, and adapted so all the power went to the rear wheels.

The car was set up for agility while maintaining stability and confidence-inspiring handling characteristics – essential when performing such challenging feats. 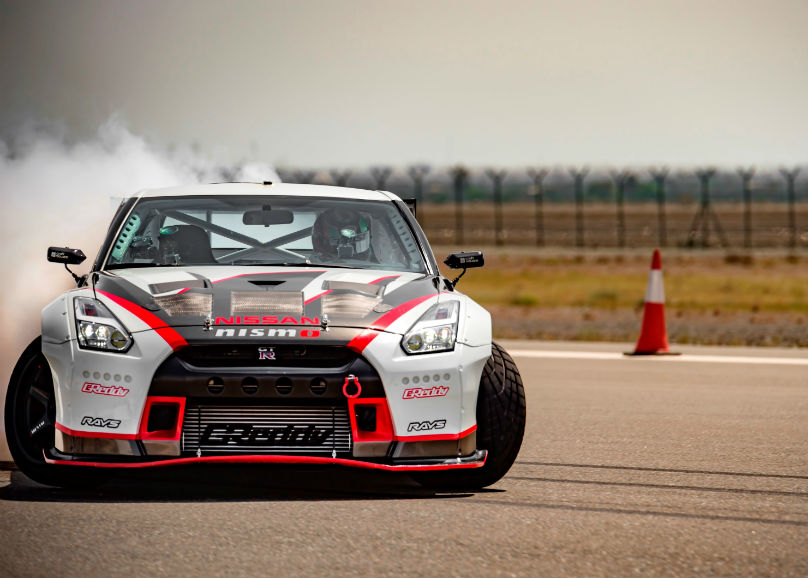 Fujairah International Airport was strategically chosen for its 3km long airstrip which was deemed to be sufficiently long enough for the challenge.

From the outset, Nissan wanted to perform the drift at a speed of more than 300 km/h and Kawabata, who leads in the Japanese drifting series for Team Tokyo, was chosen from a group of highly specialized competition drivers.