Days after being crowned the champion, Nico Rosberg announced his retirement.

Newsworthy moments abounded after the chequered flags were waved in Abu Dhabi, as the 2016 Formula 1 season drew to a ceremonious close.

For one – it was the first year in recent memory that the driver’s title came down to the final race of the season. In recent memory, Lewis Hamilton typically scooped up the points needed to shut Nico Rosberg out of contention at the Brazil or U.S. races.

And there was, of course, Nico Rosberg’s seminal win, following years of relegation to the number two seat at Mercedes—a status at least partially self-inflicted by his performance in the several notable skirmishes between Merc drivers over the course of the season. Mostly resulting in Rosberg being usurped by Hamilton, or forcing both of them off the track, as happened in Austria.

To many, this was indicative of a degree of reticence on Rosberg’s part—one that critics previously said would prevent him from ever claiming the championship while challenging the hawkish Hamilton.

Finally there were Hamilton’s divisive tactics. His steadfast refusal to obey team orders at the opening and closing of the race nearly overshadowed Rosberg’s victory.

Hamilton slowed down in a bid to encourage other drivers to attempt overtakes on Rosberg, who trailed Hamilton but maintained a position that produced sufficient points for the championship title.

Much to the chagrin of the Mercedes team, Hamilton continued these tactics into the closing laps of the race, while Rosberg successfully fended off his rivals and ultimately earned his coveted position in motorsport history.

But all this was overshadowed by the German’s stunning announcement just days after being crowned champion.

At the ripe age of 31, Rosberg explained that his personal life had always taken a back seat to his racing career, and now that he had accomplished what he set out to do in Formula 1—it was time to focus on the latter.

He cited the stress and emotional toll of fighting for a world championship at the pinnacle of motorsport. He has a young family – he’s ready to enjoy the spoils of home life.

Now that he had claimed his victory, he was ready to leave on a high note.

But that decision, to leave in the wake of a stunning victory, and at a relatively young age (Hamilton’s the same age; his momentum remains strong) seems a tad opportunistic. 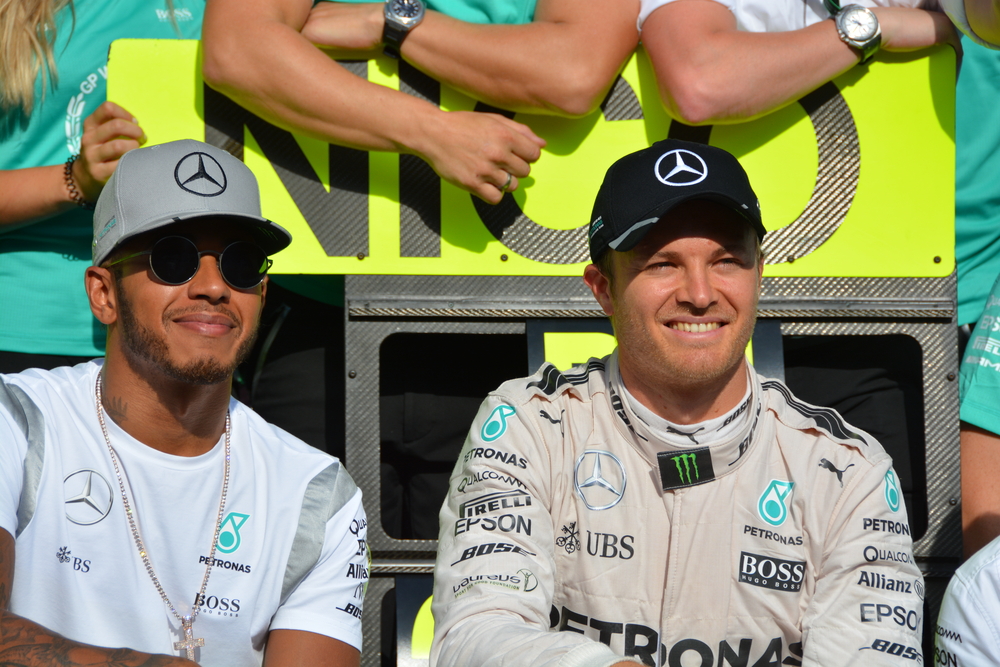 You may also like: The problems with Formula 1’s proposed Halo device

Part of the spectacle of a championship win is mounting a defense of the title the following season – the excitement and speculation of whether or not a driver can stave off their primary rival again. If that rival—in this case Hamilton—returns with a renewed sense of purpose, determined not to be bested again, the battles would be epic.

Hamilton dominated Rosberg for three years while the pair was at Mercedes together. Now that the German had tipped the scales, the relationship was irrevocably changed.

Unfortunately, we’ll never get the opportunity to witness how that renewed rivalry might have played out.

We won’t see a re-energized Hamilton fresh off his first loss to Rosberg, face the German on the circuit again—and we’ll never know what timeless racing moments might have been borne out of the storied rivalry.

The champion won’t defend his title and the coming years don’t seem to hold the prospect of an exciting matchup. Instead, it seems likely that a hierarchy will be formed between Mercedes drivers Lewis Hamilton and whomever Mercedes chooses to replace Rosberg.

It’s likely that Hamilton will have his sights on a driver more comfortable with adopting secondary driver status. He’ll probably influence Mercedes accordingly. A relationship similar to Michael Schumacher and Rubens Barrichello or Ayrton Senna and Gerhard Berger comes to mind.

It’s hardly the type of excitement that a genuine rivalry offers – like Senna and Prost at McLaren, Mansell and Piquet at Williams or Vettel and Webber at RedBull.

As for Rosberg, he’s earned his place in the sun—but quitting right after clinching the title seems a bit like leaving a party early.