New interior and exterior, and a retuned suspension fends off rising competition

NEW YORK—There’s a basic rule in the auto world: never stand still. As soon as a new model arrives in showrooms, designers and engineers are working on the next version of it.

But it isn’t enough to just make it “new and improved.” Every company has to walk a tightrope, balancing the need for change with retaining enough of the stuff that brought buyers to it in the first place. That’s what Toyota faced with the refresh of its Camry midsize sedan.

It’s the best-selling car in the U.S., and by volume, the top sedan in North America. So when the 2015 Camry rolled out at the New York auto show, it had big shoes to fill.

It’s not a completely new car — the basic platform and engines are carried over from the 2014 model.

But it’s a considerable mid-cycle makeover, with completely new interior and exterior styling, and a retuned suspension that the company says will make it more responsive and better to drive.

It costs a lot of money to change this much, but the stakes are high. Hyundai was unveiling an all-new Sonata at the show, Chrysler recently introduced its completely overhauled 200, and cars like the Ford Fusion, Honda Accord, Kia Optima and Mazda6 are grabbing their share of the market. No one can afford to stand still anymore.

“Everything can be improved, and the competition is fierce,” says Kevin Hunter, president of Calty Design Research, Toyota’s California-based design studio.

“Normally we don’t do a (mid-cycle) refresh that’s so extensive, but we tried to go as far as we could go. Camry has to appeal to a lot of generations. It needs to be bold, but there is a fine line, and if you’re too radical, the customer may not appreciate it.”

Designing a vehicle is a long process that involves many teams of people.

The car has to look good, but it also has to meet aerodynamic parameters that will help with fuel economy.

The seats have to comfortably hold a wide variety of body shapes and sizes, while the dash has to be functional as well as handsome.

Finally, it has to work with the reality of mass production: an overly complex design may be appealing, but might not translate to the stamping press.

The Camry’s redesign was extensive, with only the roof carried over from 2014, which Hunter says gave the designers more leeway. Making minor changes is actually more difficult, since designers have to work within the constraints of the existing model while still doing enough to make the car look different.

Toyota has also made changes in its internal management, with a new focus on collaboration from the very beginning of the car’s development.

“Design (department) used to get this package from engineering and was told to make it beautiful,” Hunter says. “Too many people had input, we were trying to stay in the middle, and we had some boring cars. Now the process is better. We have a dedicated approach to design, and it’s a vision and a mission.”

“We had a tendency to do significant redesigns on a five-year cycle, with a little update midway through it,” he says.

But in the face of fierce competition, the company’s vehicles will now be updated more often to keep them fresh.

It’s not a simple process, and it’s not cheap. Not only does the new model rack up dollars in redesign and retooling, but it also has to be presented to the public.

“When we bring a (redesigned) vehicle out, we go through a full launch process,” Beatty says. “There’s setting up the advertising campaigns, shooting new commercials, and making sure consumers are aware of those changes.”

On a mass-market car, particularly a relatively inexpensive one like Toyota’s compact Corolla, most people spend about 30 days on their buying decisions.

“Outside of that window, they’re not paying attention,” Beatty says, which means the company must focus on advertising until enough of the new models are on the road that buyers realize the car has been changed.

Automakers also walk a fine line with pricing and incentives. Knocking the price down with rebates can bring customers into showrooms, but if the sticker’s too low, it can drive down resale value.

That may send some customers to other brands with more potential to hold their value, while those who own the last-generation model are less likely to trade in at a depressed price to buy a new one.

Instead, Toyota plans to attract customers by revamping its vehicles regularly.

“For our purposes, keeping a model fresh and bringing out new features is important,” Beatty says. “It keeps demand for the vehicle up.” 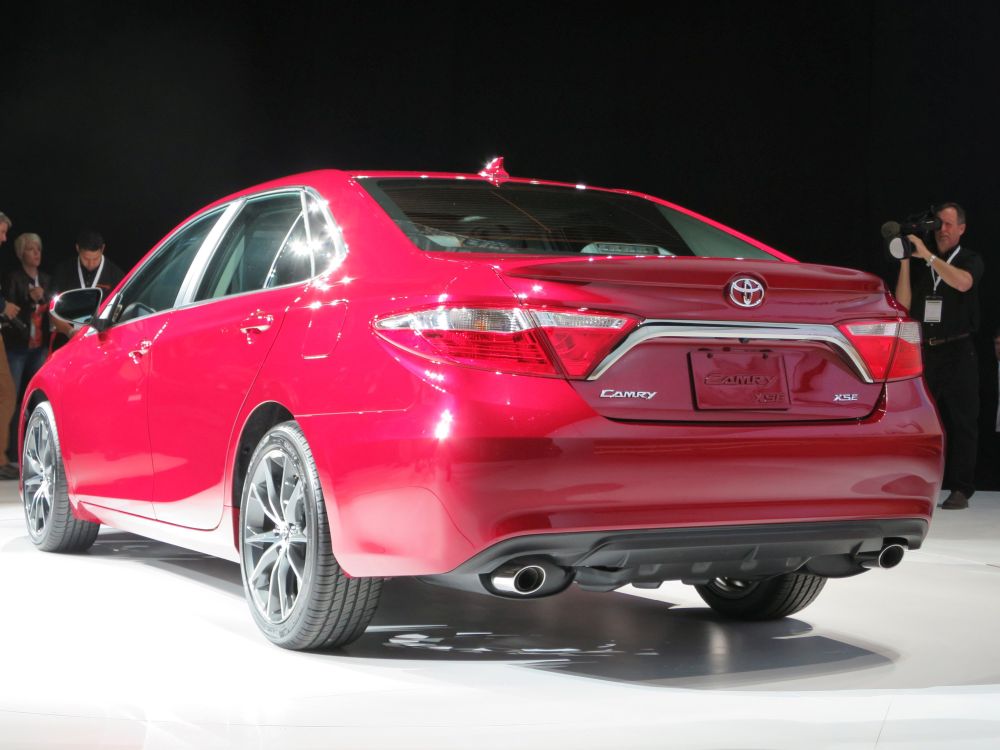 Racing Roundup: Why Motorsport Should have been o