MINI Clubman ALL4 takes a bow

The MINI Clubman is now available with ALL4 all-wheel-drive.

The MINI Clubman is now available with the ALL4 all-wheel-drive system.

The new MINI Clubman ALL4 guarantees an even sportier yet particularly supreme type of driving fun.

What is more, its power transmission to all four wheels raises MINI versatility, everyday practicality and long-distance suitability to a whole new level.

Similar to the engines and transmissions developed for the latest members of the MINI model family, the new generation of the all-wheel drive system ALL4 optimizes both the efficiency and sporty the flair of the models in which it is featured.

RELATED:  MINI Clubman is the largest model in the MINI lineup

The power transmission system of the new MINI Clubman ALL4 consists of a power takeoff bevel gear on the front axle differential, a dual-section propeller shaft and a rear axle differential with an electro-hydraulically controlled hang-on clutch.

Its control system is interconnected with Dynamic Stability Control (DSC). This enables distribution of the drive torque between the front and rear wheels to be adapted instantly and precisely to the given situation on the road at all times.

In this way, ALL4 not only optimizes traction and driving stability in all weathers and road conditions but also enhances agility during acceleration and when taking bends at speed. 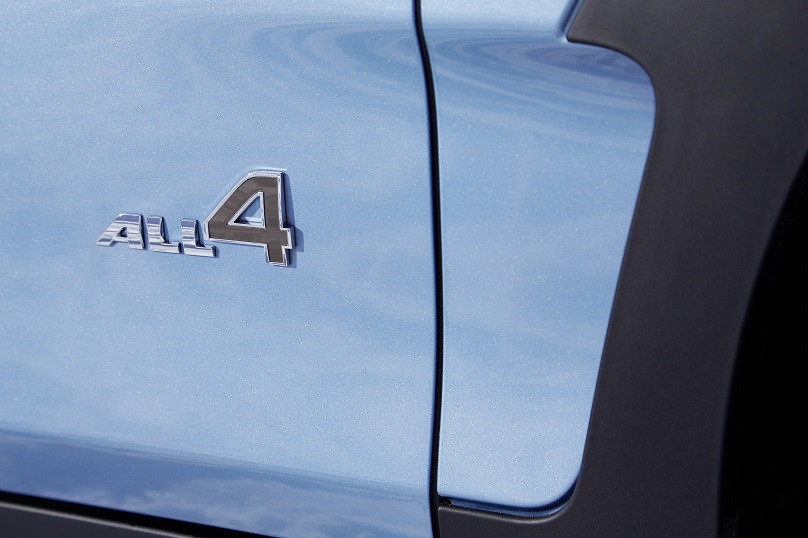 The alternative to the characteristic MINI front-wheel drive is offered in conjunction with two particularly powerful engines of the latest generation.

The three- and four-cylinder engines with MINI TwinPower Turbo Technology are characterized by spontaneous and spirited power delivery which can be used for even sportier acceleration in conjunction with all-wheel drive.