The electric motors will generate an output of 402 horsepower and a maximum torque of 564 lb-ft. Those are provisional European figures and may be slightly revised for the North American market. The company expects an acceleration run of 0-100km/h will take 5.1 seconds

Firing up its plans for an electrified future, Mercedes has shown off a new all-electric crossover called the EQC. Part of a growing family of all-electric vehicles from Mercedes-Benz, EQ will become a sub-brand for the Stuttgart company. The acronym stands for “Electric Intelligence” and will eventually be applied to an entire range of vehicles.

The EQC plays on the current desires of Mercedes leadership to take on the likes of Tesla and its Model X. It features an all-new drive system with compact electric drivetrains at each axle, providing power to all four wheels, giving the EQC driving characteristics of an all-wheel drive machine.

Powering the EQC are twin electric motors, one in front and one astern. Mercedes engineers say they are tuned to manage power consumption in an efficient manner while imbuing the rig with a whiff of sportiness. The front electric motor is optimized for efficient motoring in the low to medium load range, while the rear one kicks in extra performance when the driver calls for more power.

Together, they generate an output of 402 horsepower and a maximum torque of 564 lb-ft. Those are provisional European figures and may be slightly revised for the North American market. The company expects an acceleration run of 0-100km/h will take 5.1 seconds 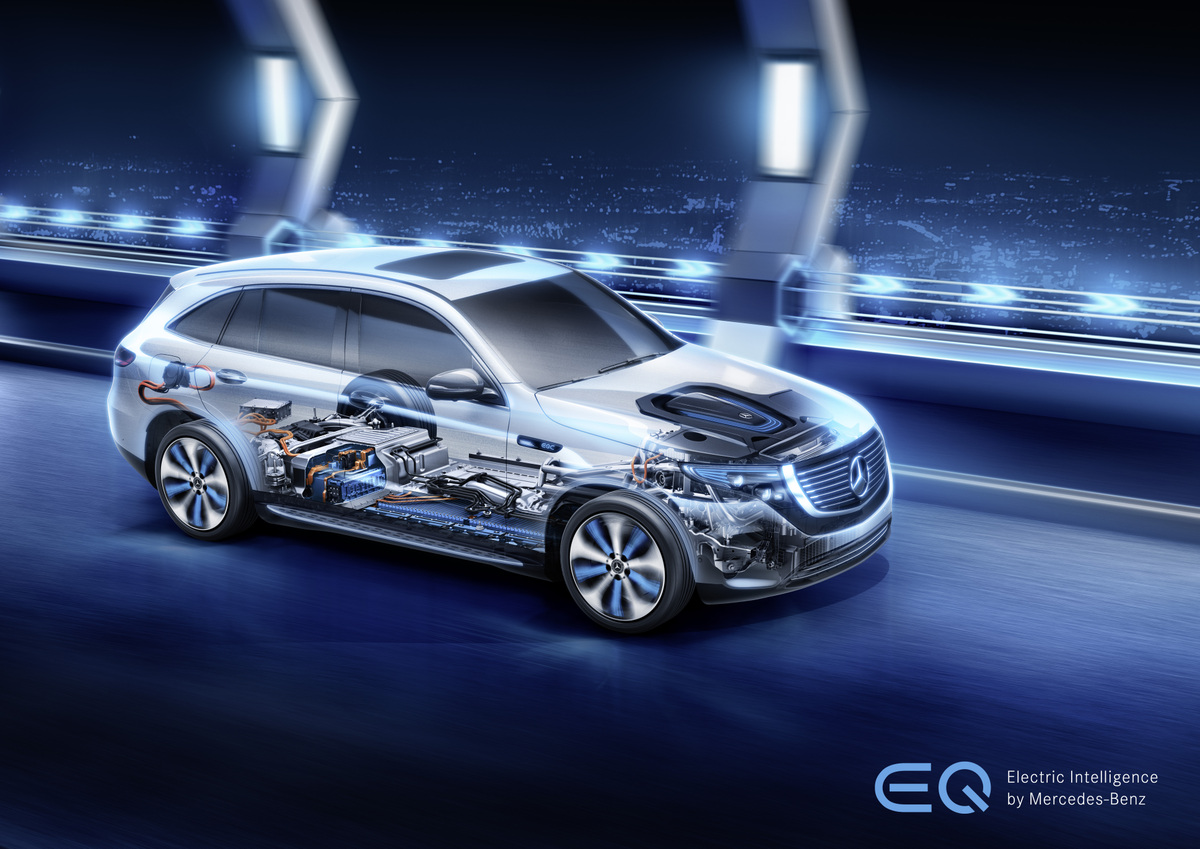 Range, always a concern for all-electric cars and crossovers, should be around 450km according to Mercedes. This puts the EQC in company with machines such as high-spec versions of the Model X. You can bet the German company put Tesla squarely in its crosshairs when developing the EQC, since that company proved to the world that customers will pay handsomely for a premium all-electric SUV. Mercedes surely wants a piece of that pie. Charging of the 80kWh lithium-ion battery is handled by a water-cooled system capable of being juiced at home or public charging stations, including fast chargers.

Absent of an internal combustion engine, the EQC doesn’t technically need a grille of any sort. However, Mercedes realizes that grille-less vehicles generally look like those faceless monsters from Dr. Who, so they have taken great pains to point out the EQC features a large “black-panel” encompassing the front fascia. They are calling this design flourish Progressive Luxury and one should expect versions of it to permeate all future models of the EQ brand.

The EQC measures a few hairs longer than the company’s GLC crossover, itself available as a plug-in hybrid. Its gently sloping rear hatch neatly splits the difference between the upright GLC and the slinky GLC Coupe.

Fans of the brand will find a lot to like inside, as the EQC presses Ctrl+C on new versions of the S- and E-Class cars. Minor variations include funky, copper-colored air vents designed to look like circuit boards.

Production of the EQC will start in 2019 at the Mercedes-Benz plant in Bremen, where preparations for building this crossover are feverishly underway. It should arrive in our market by 2020. 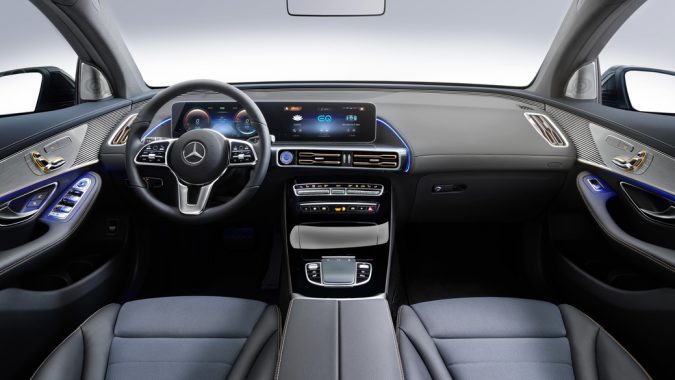 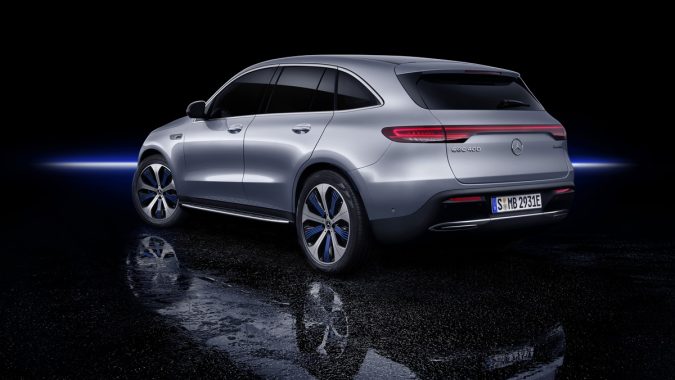