From building Bond’s Aston to supplier success, 2015 was a banner year for Markham based Multimatic.

Last June, during the 24 Hours of Le Mans endurance race weekend, Bill Ford went for a guided walk around the top of the paddock. The great-grandson of Henry Ford looked at the unprecedented display of vintage Ford GT racers and Ferrari racers, and he looked at the giant posters behind them. They heralded almost 50 years since Ford beat Ferrari in a historic 1-2-3 podium finish.

This June will be the 50th anniversary of that race and for the first time in years, Ferrari will be challenged again by factory Ford GT racers — at least three of them. The new GT road car isn’t even released yet and the race models are barely tried, but the head of Ford Motor Co. turned to his guide, the man responsible for building the new track-ready GTs.

“And he put his hand on my shoulder and said, ‘Pressure’s on, Larry,’” recalls Larry Holt. “And damn right it is. Pressure’s on.”

Holt is vice president of engineering for Multimatic, the Markham-based automotive supplier that is Wheels’ Automotive Newsmaker of 2015.

The company was named this year as the builder of the carbon fibre GT, while also supplying suspension parts to eight of the 12 podium finishers in four Le Mans classes. It also started building the track-only Aston Martin Vulcan based on the exotic Aston Martin One-77 it already produces, among many other products made here in the GTA. 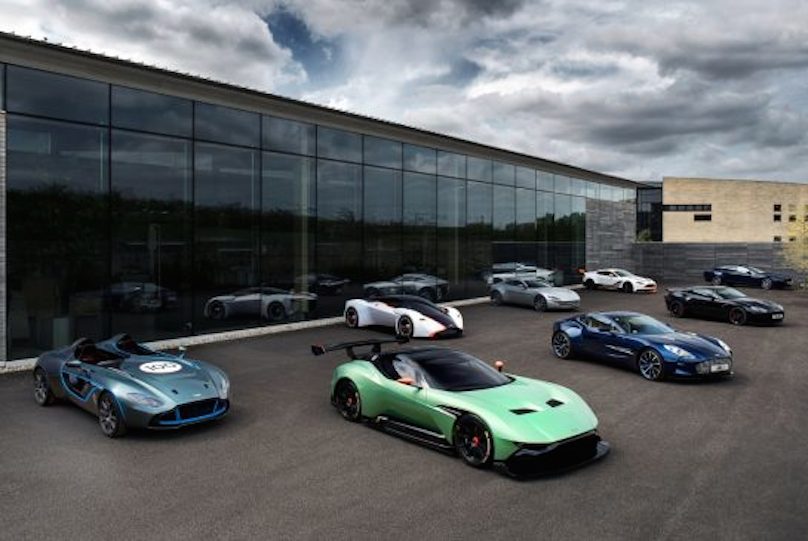 “We’re honoured by this, and humbled,” says Holt, “but it’s ironic because we try to be pretty low key. We’re the guys behind a lot of things that go on in the automotive industry.”

Multimatic is a privately-owned company estimated by Automotive News to be worth US$800 million. It employs about 3,000 people, more than half of them in southern Ontario. In 2015, it was one of five Canadian companies listed among the top 100 auto suppliers in North America. That list was headed by Magna, founded in the 1950s by Frank Stronach and partner Tony Czapka. Up until 1973, Magna was originally called Multimatic.

Czapka’s son, Peter, went on to work for Magna. When he left to go his own way in 1984, he called his new company Multimatic as a gesture to his dad. Today, Peter Czapka is the president and sole owner of the company.

The company’s first product was a door hinge and even now, hinges and mechanisms are an important part of the business. Perhaps the company’s mainstay is that it designed and builds the suspension systems for every Ford F-150 pickup truck — the bestselling vehicle in Canada and the bestselling truck in North America. Multimatic’s products are used in vehicles around the world and the company now has facilities in Europe, China and the U.S., but it’s still proudly Canadian.

“We’re here because we want to be here. We have a commitment to the country. ” 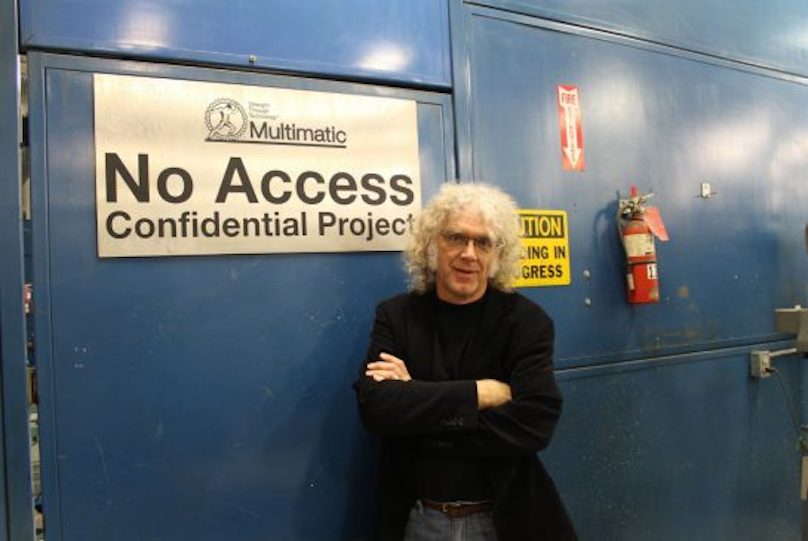 It has a commitment to racing too, at every level including Formula 1, but supplying parts for regular cars and trucks pays the bills.

“They make millions of components every day that are on cars all over the world that don’t look like race car parts at all,” says Peter Frise, the CEO of market research firm Auto21 and a professor of automotive engineering at the University of Windsor.

“There’s an old saying in the auto industry that it’s all about the product. It’s one thing to design a great product, but it’s entirely another to know how to make it well.

“Multimatic is really good at making the things they make, and they’re able to supply them consistently and rapidly to the market. That’s what customers need. And uniquely, they’re also able to make a full car.”

The full car is why they’re a newsmaker. The company’s expertise with both chassis components and carbon fibre got them the contract to make the Ford GT — everything but the powertrain and the interior. Multimatic also built a number of niche Aston Martins, including one you may have seen recently. 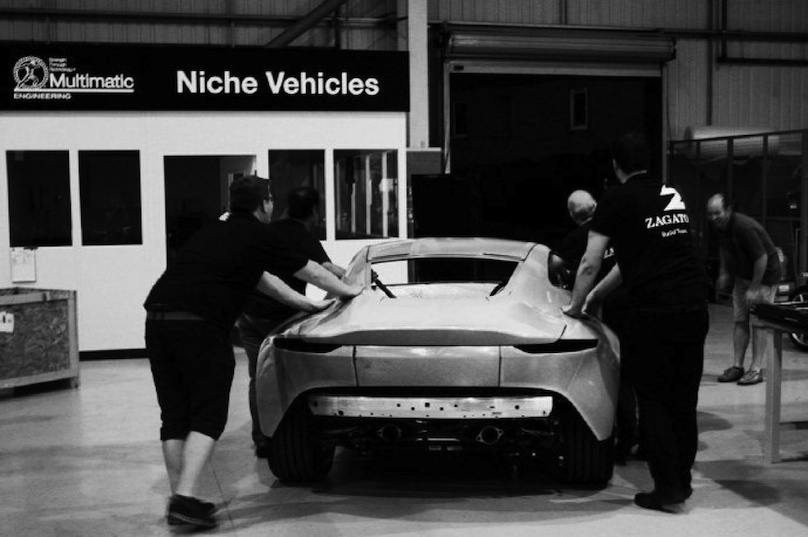 “The DB10 in the new James Bond film? That was ours,” says Holt. “We built 10 of them from scratch, 18 weeks around the clock, and had a roomful of spare parts too. Then I went to go and see the movie a couple of weeks ago and the car chase was over in two-and-a-half minutes. I couldn’t believe it.” 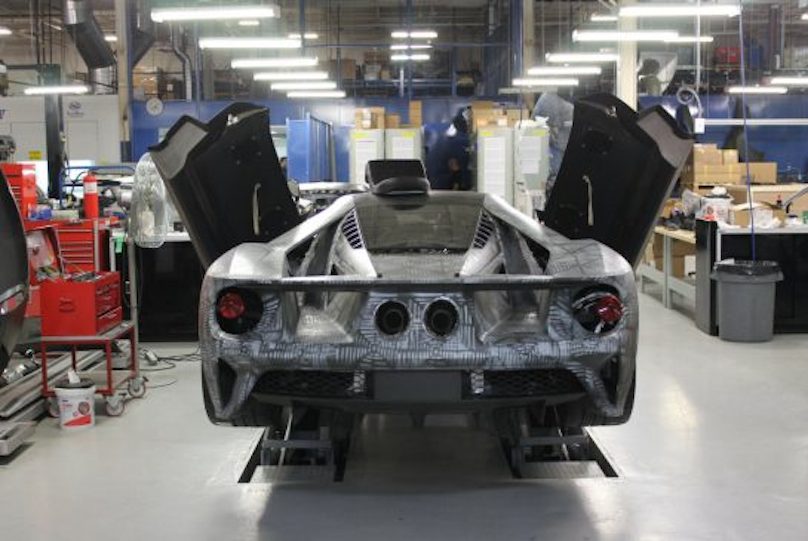 SOME MULTIMATIC PRODUCTS YOU NEVER THINK ABOUT

Perhaps the least exotic part in any car, but they’re still essential. Multimatic’s hinges are found on the doors, tailgates and hoods of vehicles around the world — everything from a BMW X5 to a Ford Ecosport. Now the company specializes in “Mechatronics” which incorporates powered electronics into an ordinary mechanism, such as automatic trunk lids and even the retractable rear wings on exotic sports cars.

Multimatic invented the extendable step gate for tailgates and pitched it to Ford for the F-150. The automaker thought it would be requested as an option on about six per cent of its trucks, so it placed a small order. Multimatic, however, was more confident and invested millions of dollars in facilities to build it. The extendable step gates are now requested on 40 per cent of the 850,000 F-150s sold each year.

Dynamic Suspensions Spool Valve dampers are an effective part of the suspension on many cars, and especially performance cars. At the 2015 Le Mans endurance races, they were fitted on 21 of the 56 competing cars. When Multimatic found a medical equipment manufacturer that could cut steel to tight tolerances with a laser, it was able to adapt the technology to mass-produce DSSV dampers for road cars.

Multimatic has two autoclave pressure chambers for processing large carbon fibre components, including entire tubs. Once ready, the formed carbon fibre is covered with a special plastic bag and then the autoclave’s vacuum oven shrink-wraps it. “A lot of lower-cost shops would put it in an oven and cure it. An oven is at one atmosphere (of pressure), but an autoclave can create up to 10 atmospheres, which is 150 psi. The tighter you push it together, the higher the stress becomes and the lower the weight gain.”