The Lamborghini Huracan Performante has set a new production car record at the Nurburgring of 6:52.01 minutes.

The Lamborghini Huracan Performante has already proved its extraordinary capabilities ahead of its unveiling at Geneva Motor Show this week.

On October 5, 2016, the Huracan Performante set a new production car lap record of 6:52.01 min on the Nurburgring Nordschleife in Germany.

Following the day’s open sessions on the “Ring”, at 17.00 officials closed the track to other manufacturers. After official track checks this left just a 15-minute window for Lamborghini to make one attempt at the lap record with a production Huracan Performante, still in its development camouflage.

With Lamborghini test driver Marco Mapelli behind the wheel, who also drove the Aventador SV to its Nurburgring sub seven-minute lap time in 2015, the Huracan Performante warmed up its tires and made its rolling start, fitted inside and out with onboard cameras and telemetry to record the car’s lap.

In the sixth minute, the car was heard heading down the long straight with just three corners to go, and its audience counting down the seconds to watch the Huracan Performante pass over the line at 6:52.01 min.

Also Read: Lamborghini – The Man, the Myth and the Legend

The Huracan Performante features innovations in aerodynamics and lightweight engineering that, combined with its improved power plant, its four-wheel drive system, its Lamborghini Piattaforma Inerziale and a dedicated set-up, allows superior track performance to be maximized while delivering the most engaging and dynamic road drive. 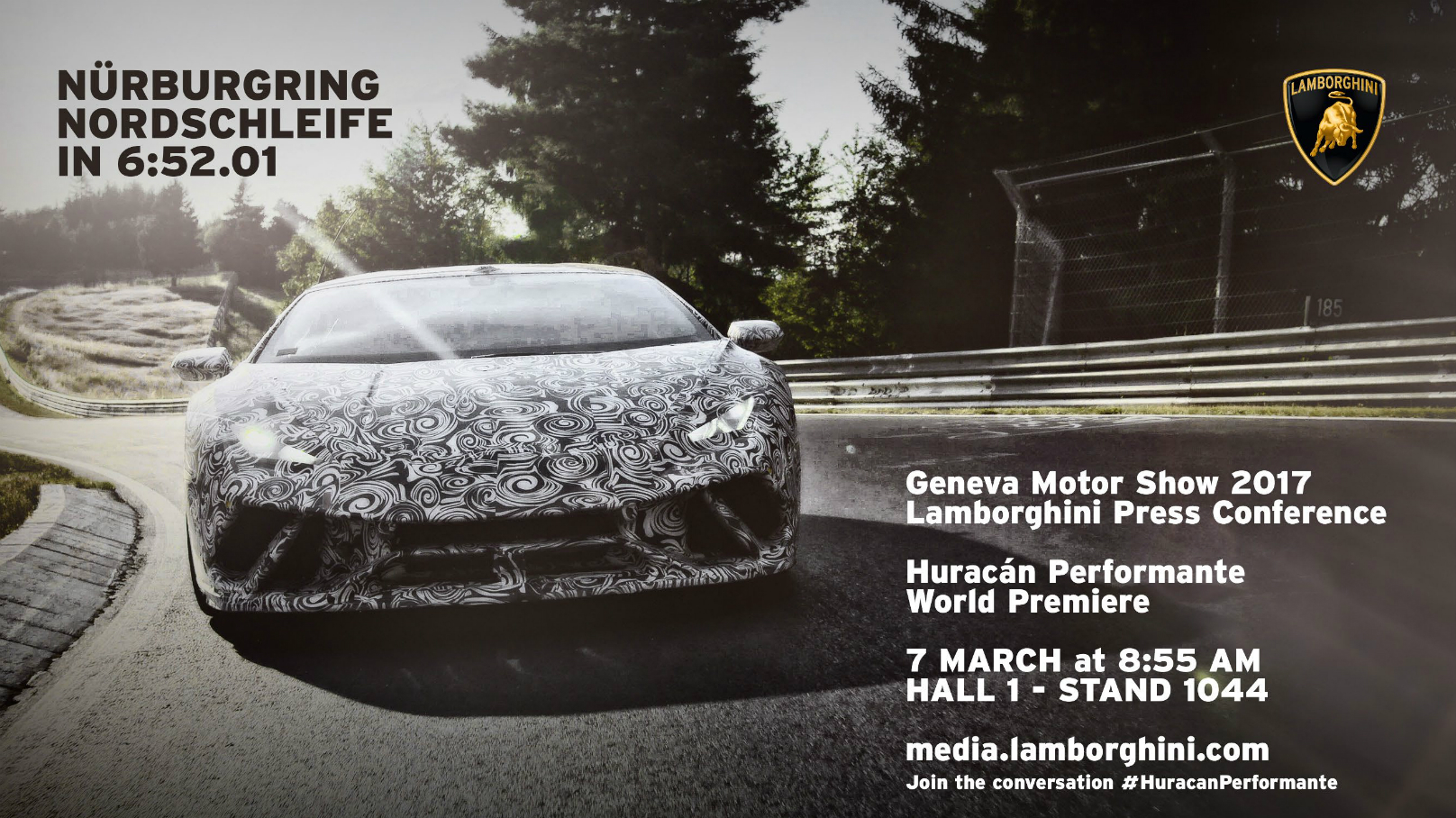