Niro is the first Kia to make use of an all-new, dedicated eco-car platform and is an important next step on the path to nearly tripling the brand’s global green car line-up by 2020.

A plug-in hybrid powertrain is due to be added to the car’s line-up later in its life cycle.

The Niro sports wide and low proportions with a long roofline and short overhangs that give it an overall athletic profile.

Although the Niro has a cohesive crossover theme, it was designed with aerodynamics in mind, with its carefully shaped bodywork contributing to a relatively slippery coefficient of drag of 0.29.

A 43 hp tractive motor, known as the transmission-mounted electric device (TMED), works in tandem with the gasoline engine to produce a robust 146 hp and 195 lb/ft of torque.

Power is transmitted through a newly developed, second-generation six-speed dual-clutch transmission (DCT), which not only boosts efficiency but is also a key factor to the Niro’s great driving experience.

Bringing the whole system together is a compact and lightweight 1.56-kWh Lithium-Ion Polymer battery located underneath the rear seat.

Because the high-voltage battery is both power and energy dense, engineers were able to use the downsized gasoline engine to maximize fuel economy and reduce emissions. 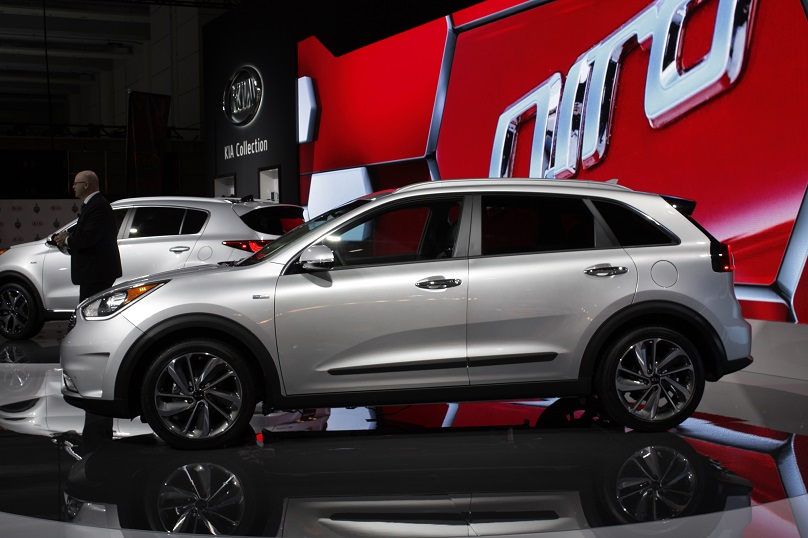