The new propulsion system in the 2017 Chrysler Pacifica Hybrid has been named to the Wards 10 Best Engines list.

The editors at WardsAuto have named the new 3.6-litre Pentastar V6 hybrid propulsion system to the Wards 10 Best Engines list for 2017.

Making its debut for FCA US LLC in the Canadian built 2017 Chrysler Pacifica Hybrid, the new electric propulsion system drives the most fuel-efficient minivan ever to benchmark performance numbers, including a fuel-economy rating of 84 miles-per-gallon-equivalent (MPGe), reflecting the vehicle’s combined city- and highway-cycle performance in electric-mode only.

eFlite, the Pacifica Hybrid’s distinguishing electrically variable transmission, is an in-house FCA innovation. It was developed by a team of engineers assigned exclusively to the task of delivering a high-efficiency powertrain within the functionality envelope customers expect from minivans.

Conventional electrification schemes dedicate one motor to serve as a generator and a second motor, usually much larger, to deliver torque to the wheels.

The new eFlite system uses a one-way clutch that enables the motor typically used only as a generator to also deliver torque to the wheels, depending on driving conditions.

The Pacifica Hybrid’s 16-kWh lithium-ion battery pack is located under the second-row floor, keeping the rear cargo area as roomy as ever and preserving the third-row Stow ‘n Go seating and storage, plus room for seven passengers.

Recharging can take as little as two hours using an optional 240-volt (Level 2) charger, available from Mopar through dealers. 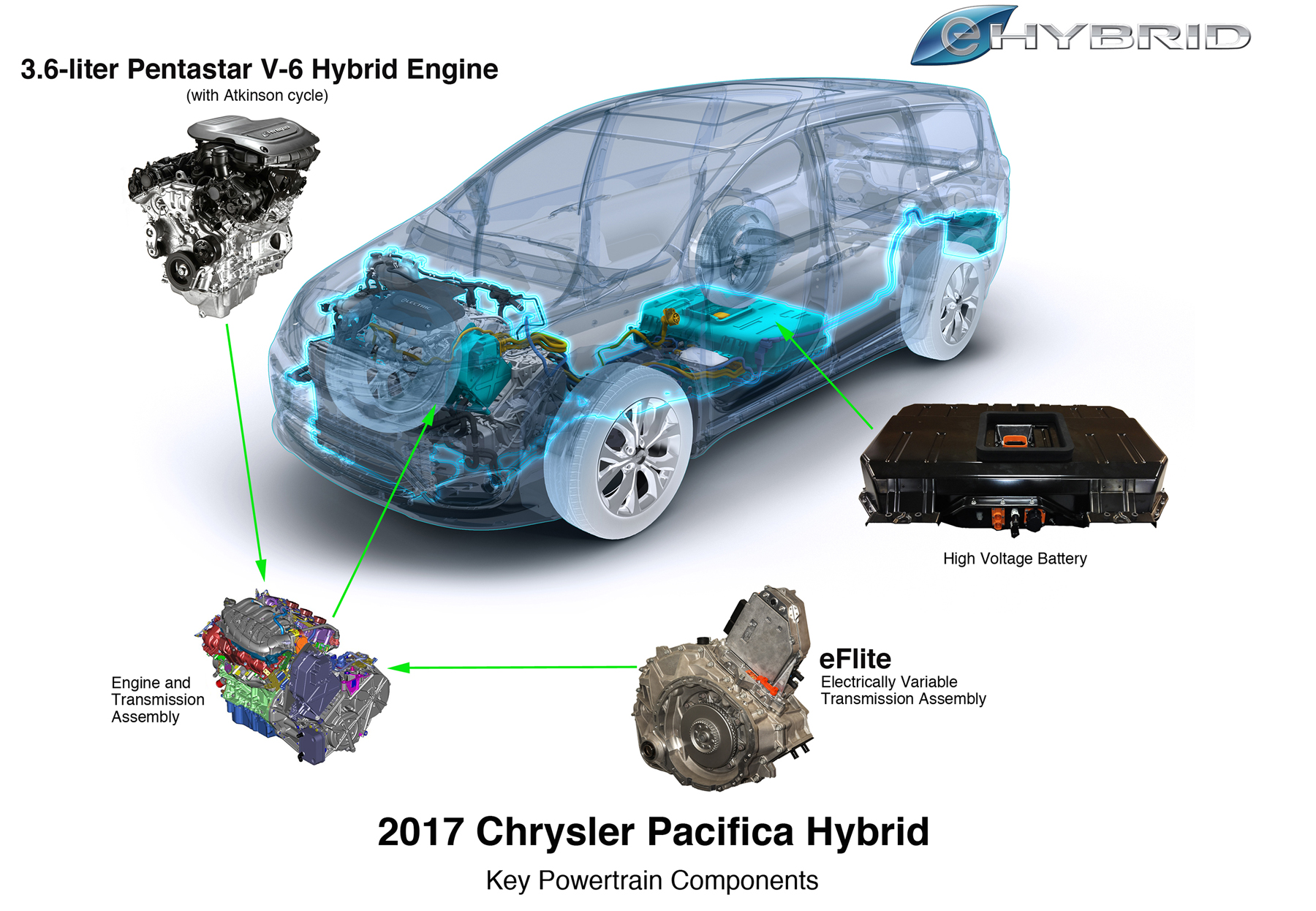