The Honda Civic has been chosen as the Canadian Car of the Year 2016 by the Automobile Journalists Association of Canada (AJAC), and the Mazda CX-3 won Canadian Utility Vehicle of the Year.

The announcement was made Thursday morning ahead of the opening of the Canadian International Auto Show in Toronto.

In the AJAC evaluation process (described below), one category is “Market Significance.” By that count alone, the winner of AJAC’s Best New Small Car in the over $21,000 category had to be a favourite, given it has been Canada’s best-selling car for 18 years.

The new Civic is a significant departure from the previous model. Increased interior space, more styling character and a revised suspension for sportier handling add to traditional Civic traits of comfort, reliability and value.

The 174 horsepower turbocharged engine in EX-T and Touring models provides more entertaining urge when the pedal is pressed.

A Continuously Variable Transmission (CVT), usually not a precursor to driving enjoyment, reacts with more precision than most.

It all suggests that the Civic will add one more notch to its metaphoric lipstick case when sales results for 2016 are tabulated.

It is also appropriate that Canada’s Car of the Year is actually assembled in Canada, at Honda’s Alliston, Ont. plant. 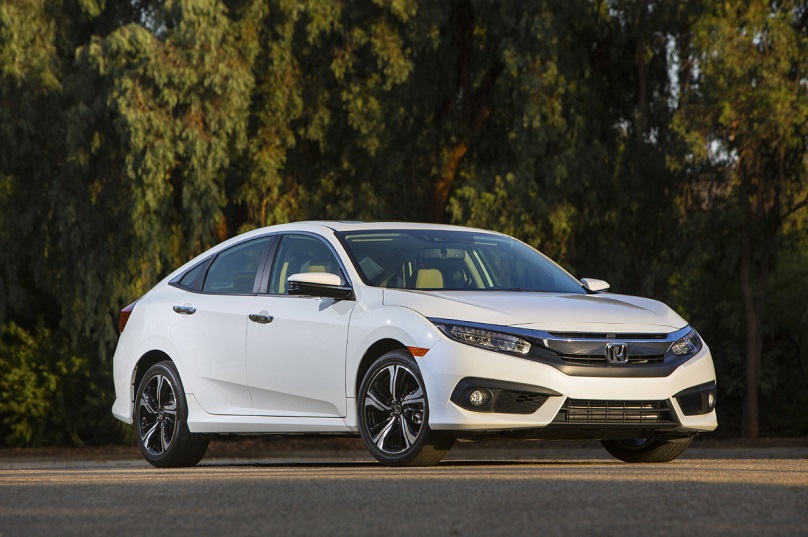 Utility Vehicle of the Year

The Mazda CX-3 beat out the Kia Sorento and Volvo XC90 to claim its crown as Canadian Utility Vehicle of the Year.

The winner of AJAC’s Best New SUV-Crossover under $35,000 offers a shapely body with the Mazda’s traditional wide-mouth grille and modern LED lights front and rear.

A well-equipped interior includes a 7-inch colour screen for navigation and minor controls, and a Bose seven-speaker sound system.

The 2.0-litre four cylinder engine includes Mazda’s SkyActive-G technology, which among other things, has a very high 13.0:1 compression ratio for higher efficiency, yet it still runs on regular fuel. The engine is mated to a six-speed automatic transmission.

The i-ACTIV four-wheel drive system monitors 27 sensors up to 200 times per second to ensure torque is provided to whichever wheel or wheels can best use it.

But perhaps the CX-3’s best feature is common to all Mazdas: the suspension is fine-tuned to offer the best ride-handling combination in its class. 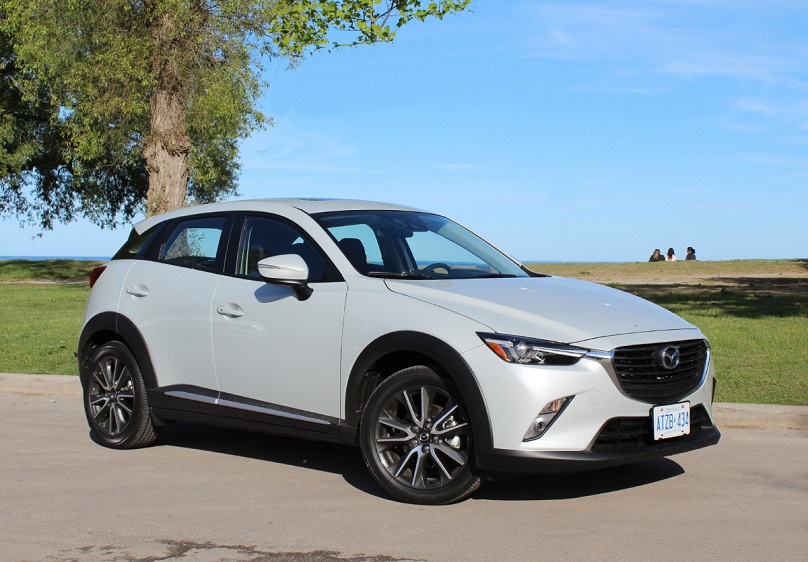 The AJAC Car/Utility Vehicle of the Year process involves bringing all eligible cars, trucks, crossovers and SUVs to a central location for a week’s worth of comparative testing by more than 70 journalists from coast to coast. It is the only such program in the world.

Groups of journalists are assigned to each category. All vehicles in each group must be driven on-road and on-track by the journalist on the same day to ensure “back-to-back, same roads, same day, same conditions” objectivity and consistency.

Utility vehicles are also subjected to an off-road course to test their all-terrain capability.

Subjective evaluations on a wide variety of factors are combined with objective instrumented measurements obtained by a cadre of test drivers on-site, as well as Transport Canada fuel consumption data.

The scores for each attribute are weighted by category, on the theory that acceleration, for example, is more important in a sports car than its cargo capacity.

Finally, a price factor is applied on the basis that a $100,000 car should be better in most measures than a car costing a third as much.

The data is aggregated and tabulated by KPMG.