The F-Pace and Macan are two brand new entries in the luxury CUV market. We pit them against each other in this quick comparison.

What is it, exactly?

Jaguar’s first foray into the segment that all luxury manufacturers are all too happy to get into these days: the crossover. My, how the times have changed.

Hold on a sec; aren’t Jag and Land Rover owned by the same people? How is there room for a Jag SUV?

Ask JLR brass – as we did when the car debuted at the Open Road Jaguar dealership just outside Vancouver, B.C. – and they’ll tell you that while Land Rover products will always be the ones people envision either climbing rocks or shuttling dignitaries, Jag’s are meant to be driven, and the F-Pace will be no different. That means a proper driving position, an agile chassis, strong engine, and throaty exhaust. 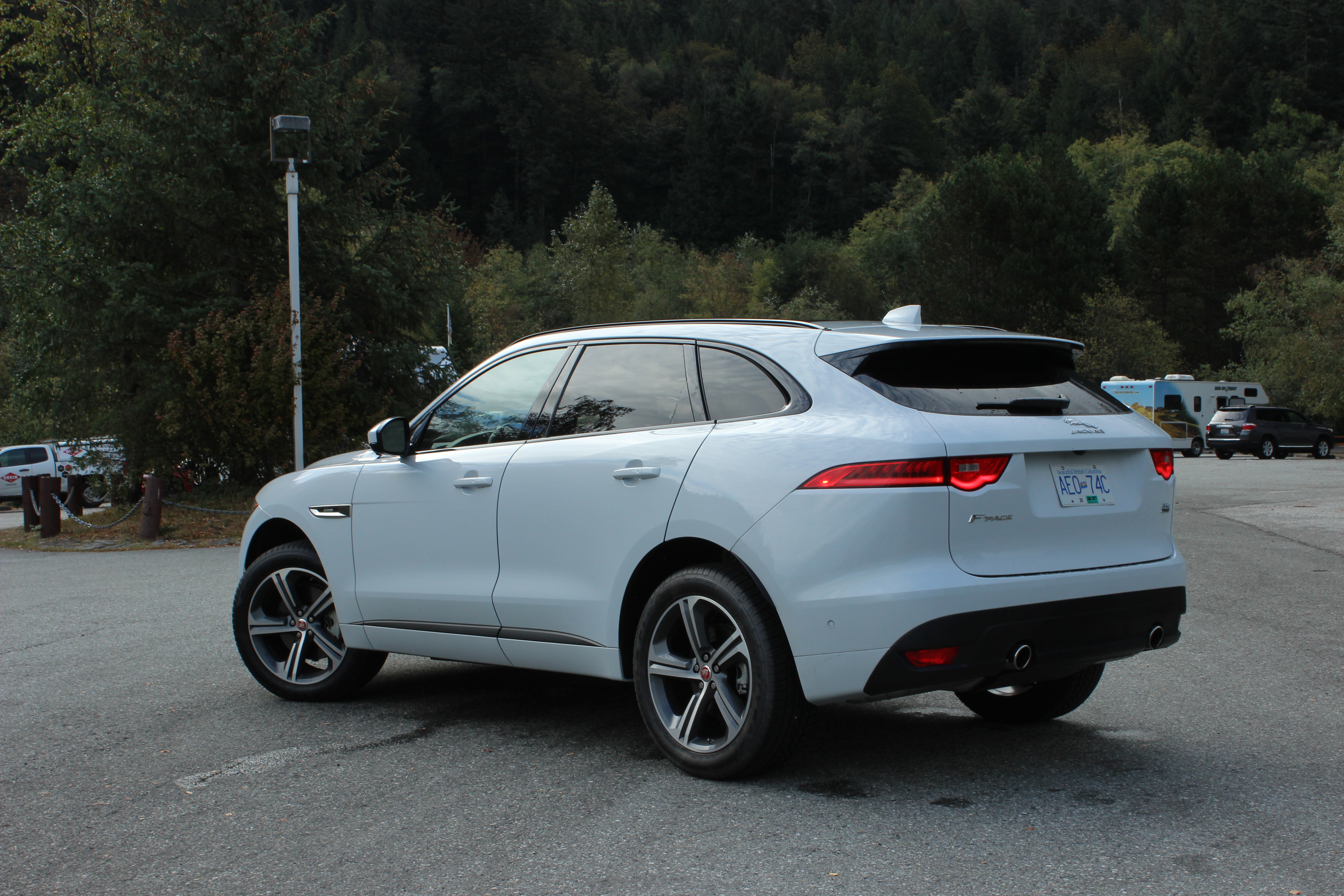 That it is; we tested the entry level model, whose 340 hp and 332 lb-ft of torque were enough to get it feeling much closer to its F-Type – see what they did, there? – cousin. Sounds a lot like it, too, and the 8-speed automatic it gets – plus AWD – means it’s got some good get-up-and-go.

Things is, it doesn’t quite have the chops to beat the Macan in this department. In GTS form – as seen here – the Macan makes 360 hp and 369 lb-ft, more than the F-Pace on both fronts (move one trim down to the Macan S, and you’ll get the same 340 hp figure). The F-Pace is supercharged, though, so you don’t have the slight turbo delay that you do with the Macan. It’s lighter than the Porsche, too. Oh, and there’s also an “S” model that makes an additional 40 hp. It’s gonna cost you an additional $13,000 to get it, though.

Does it turn, though?

Nearly flat as a pancake. The seating position is one thing, but if you really want to make your SUV/crossover remind drivers of some of your sportier models, you best make sure it can keep itself copasetic as you saw the wheel. For its part, the F-Pace does a fine job of this, especially if you spec the optional $1,000 adaptive dampers that automatically adjust to what’s going on beneath the car. 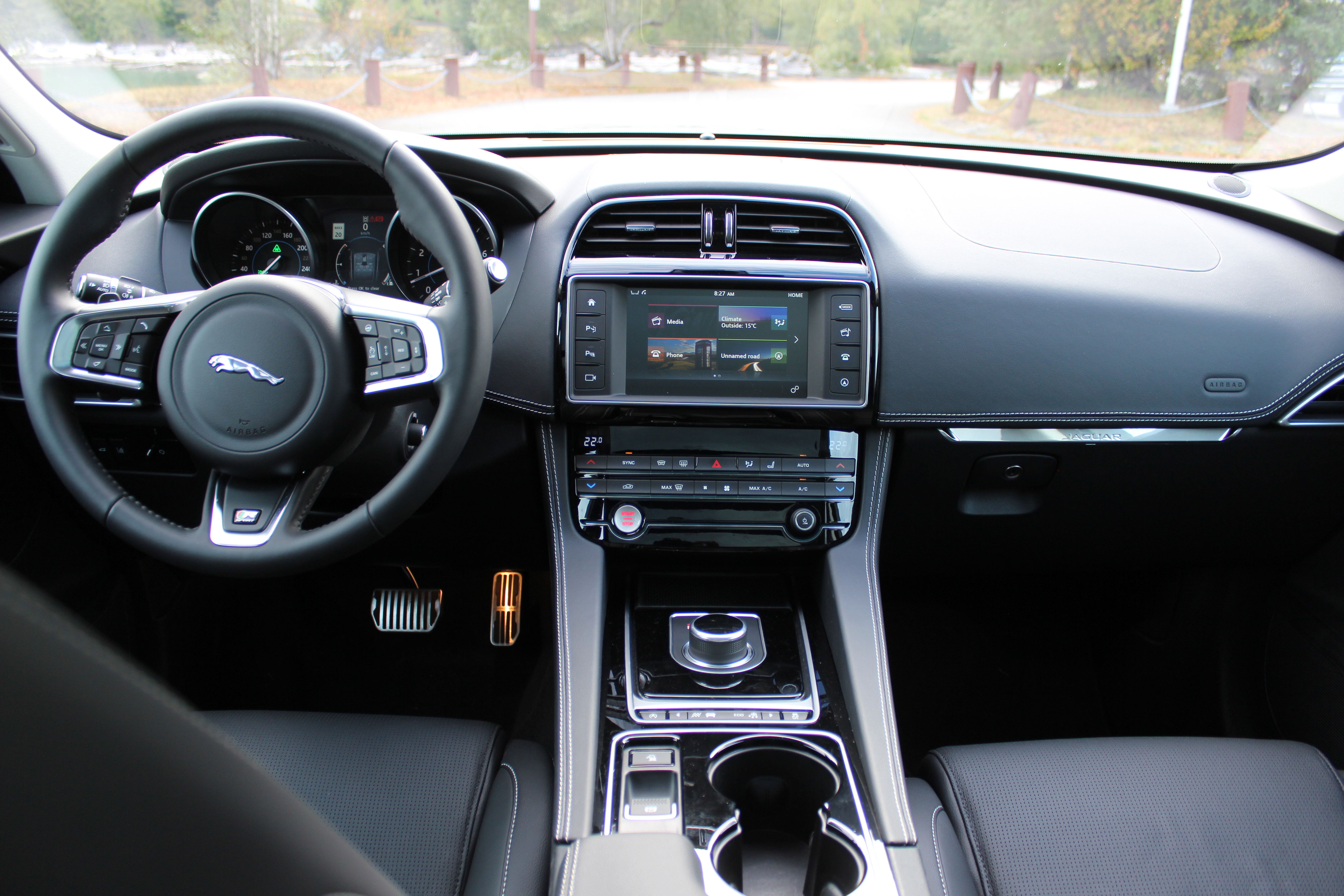 And it has to be able to haul stuff, too.

That it does, and it has the Macan soundly beat at that. The F-Pace’s 948.6 L of cargo space – that’s with all seats up – beats what the Macan can offer by over 400L, which equals 100 more big jugs of milk for you and the family. That’s some pretty heady stuff. Of course, the seats also fold nice and flat for when you need to pack longer items. There’s also a trailer sway control system, if your need to haul even more. 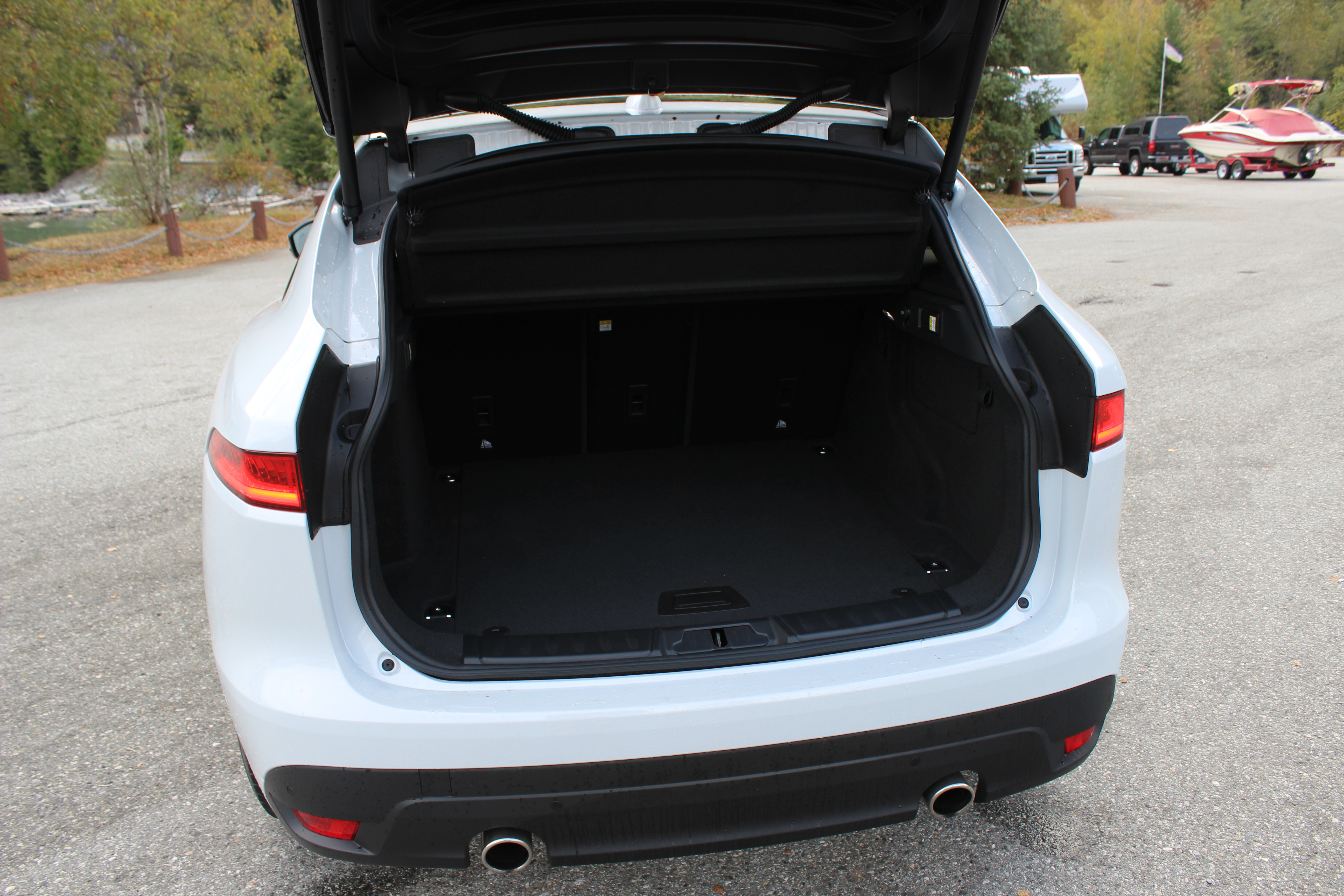 But does it look the part?

I’d say so. Those taillights, for instance, are a spitting image found on Jag’s popular Porsche Boxster-fighting roadster. The headlights fall a little closer to the items found on the XF and XE sedans, however, which makes for a compelling mix of Jaguar’s design ethos.

The stance is also very good, as is the profile, helped by tapering side windows that make for a properly aggressive effect overall.

You may also like: Jaguar’s F-Pace SUV worth the wait

What is it, exactly?

Debuting in 2014, Porsche’s second entry into the crossover game after the hot selling Cayenne has been turning a lot of heads, lately. Now available with three different engines – a four-cylinder and two V6s, all turbocharged – it’s becoming the 31 Flavours of the luxury compact crossover game.

When the Cayenne came out, it impressed with its on-road manners. While it didn’t look like your typical Porsche, it handled much more like one than you thought it would. The Macan is a bit of a double-whammy in that it not only handles like a sports car but looks more like one, too.

Hold on a sec; isn’t Porsche worried, then, that the Macan’s gonna eat the Cayenne’s lunch?

If I were them, I wouldn’t be. While the Macan is very good, it’s quite snug inside and is really made for a family of three, max. The Cayenne also has more variety in powertrain options, including a diesel, a hybrid, and a monstrous turbo V8. 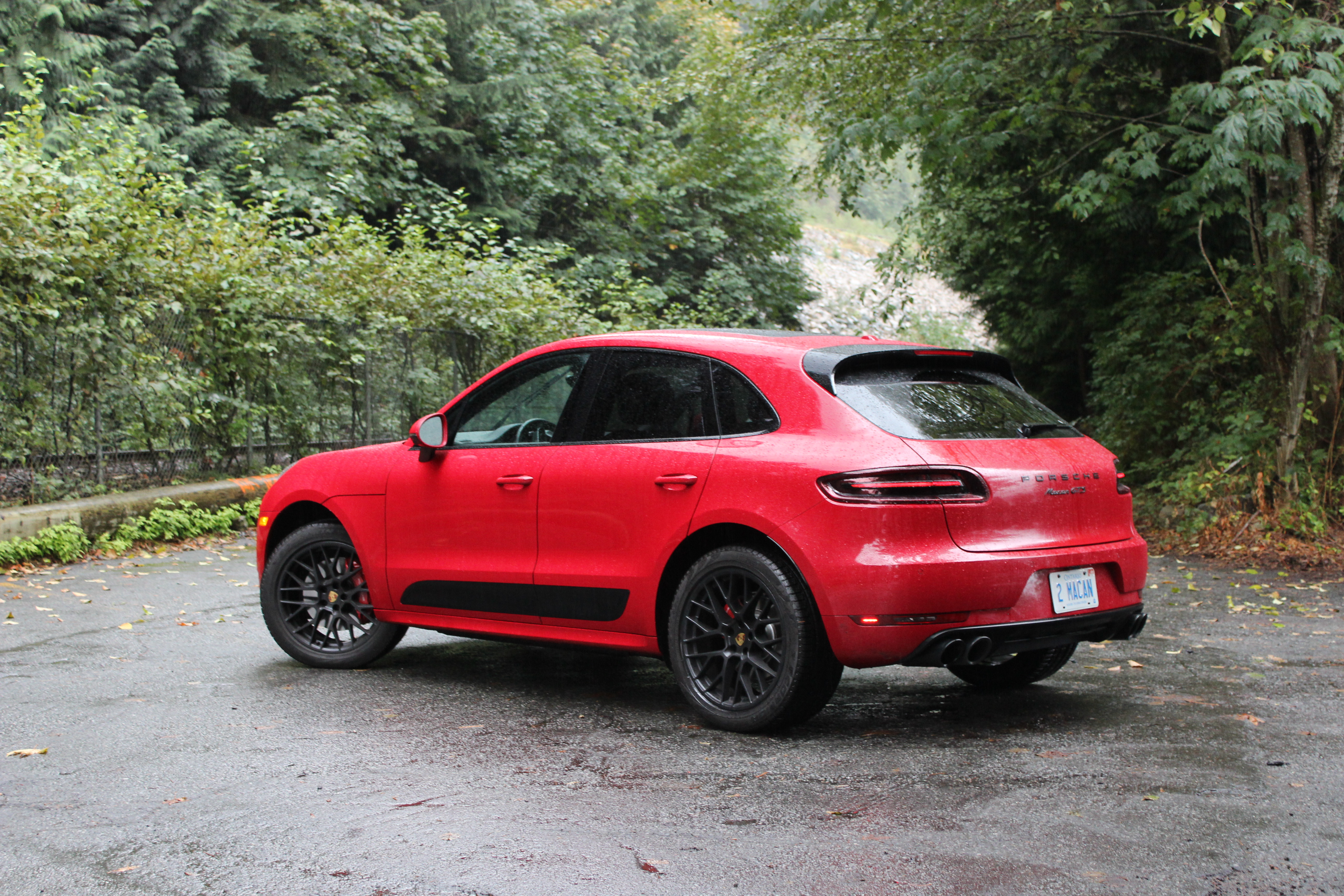 Oh, you had better believe it. Especially in GTS form, this baby just flies. Once you get past a bit of turbo lag, of course. Then it’s just a solid 360 hp pulling under 2,000 kilos toward the horizon. Add a slick shifting PDK 7-speed automatic – your only transmission choice – and covering ground at a quick pace is rarely a problem. The kicker? There’s an even more powerful version available.

I guess the one thing I would ask for in this department – especially in performance-GTS spec – is the option to have a manual transmission. That’s a pipe dream with worse odds than winning the Powerball, though. Welcome to the all-auto world of performance crossovers.

Does it turn, though?

As good as the F-Pace is, the GTS simply takes it to the cleaners in the handling department. The car is snug to start with, but it positively shrinks around you as you start to put it through its paces on the twisties. The tiny wheel – with styling borrowed from the 918 supercar – is your connection to a fantastically direct and well-weighted steering rack. The compact dimensions, meanwhile, make it easy to clip those apexes and the adaptive dampers tie everything together. Tremendous. 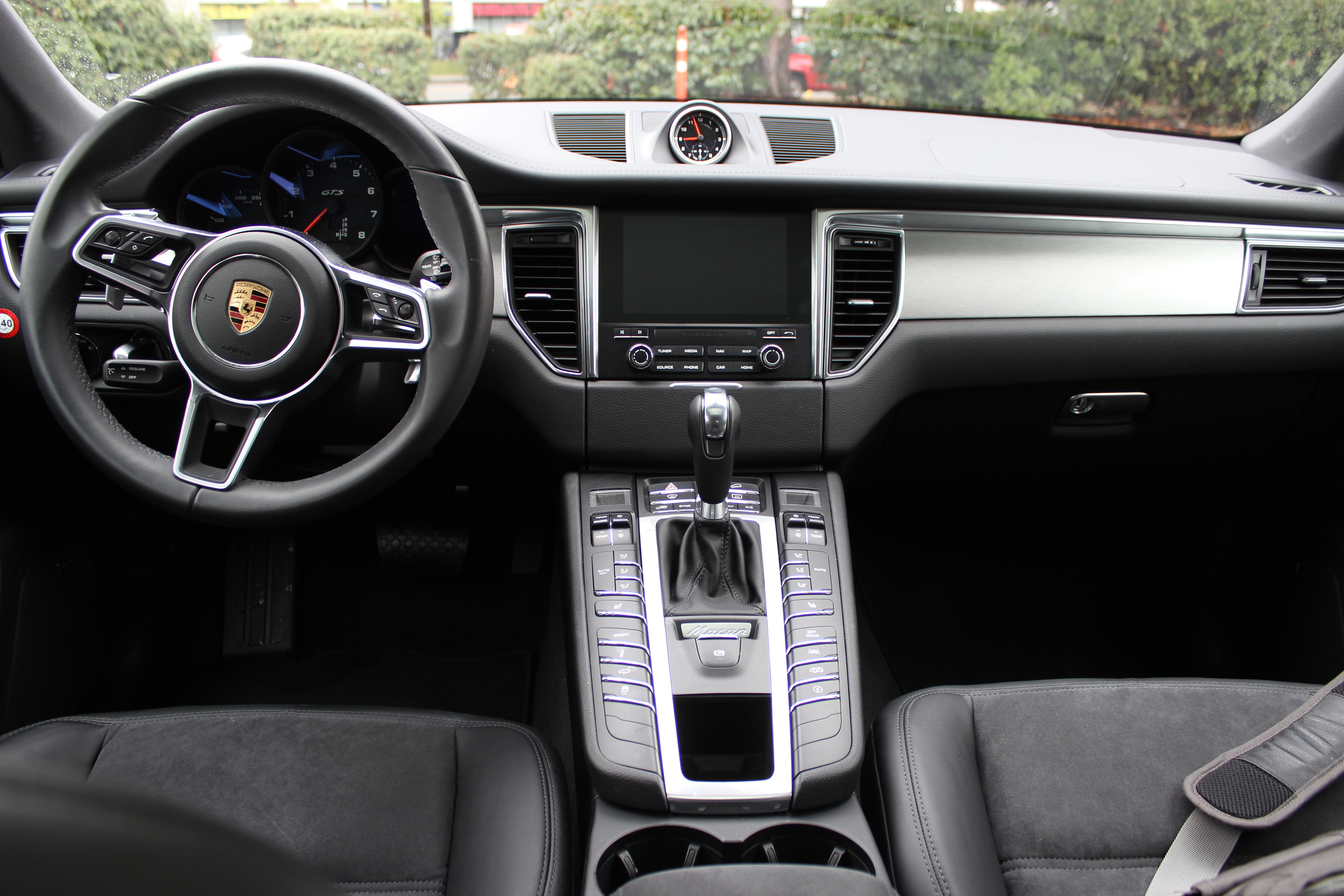 No way it can haul my wares, though.

Unfortunately, you’re right. Partially, anyway. It’s got folding rear seats and all, but while that compactness and edgy styling works well, it does mean sacrifices had to be made. The steeply-raked rear window means you can’t load stuff too high, and the shortness overall means longer items can be a challenge, too. A point for the F-Pace. 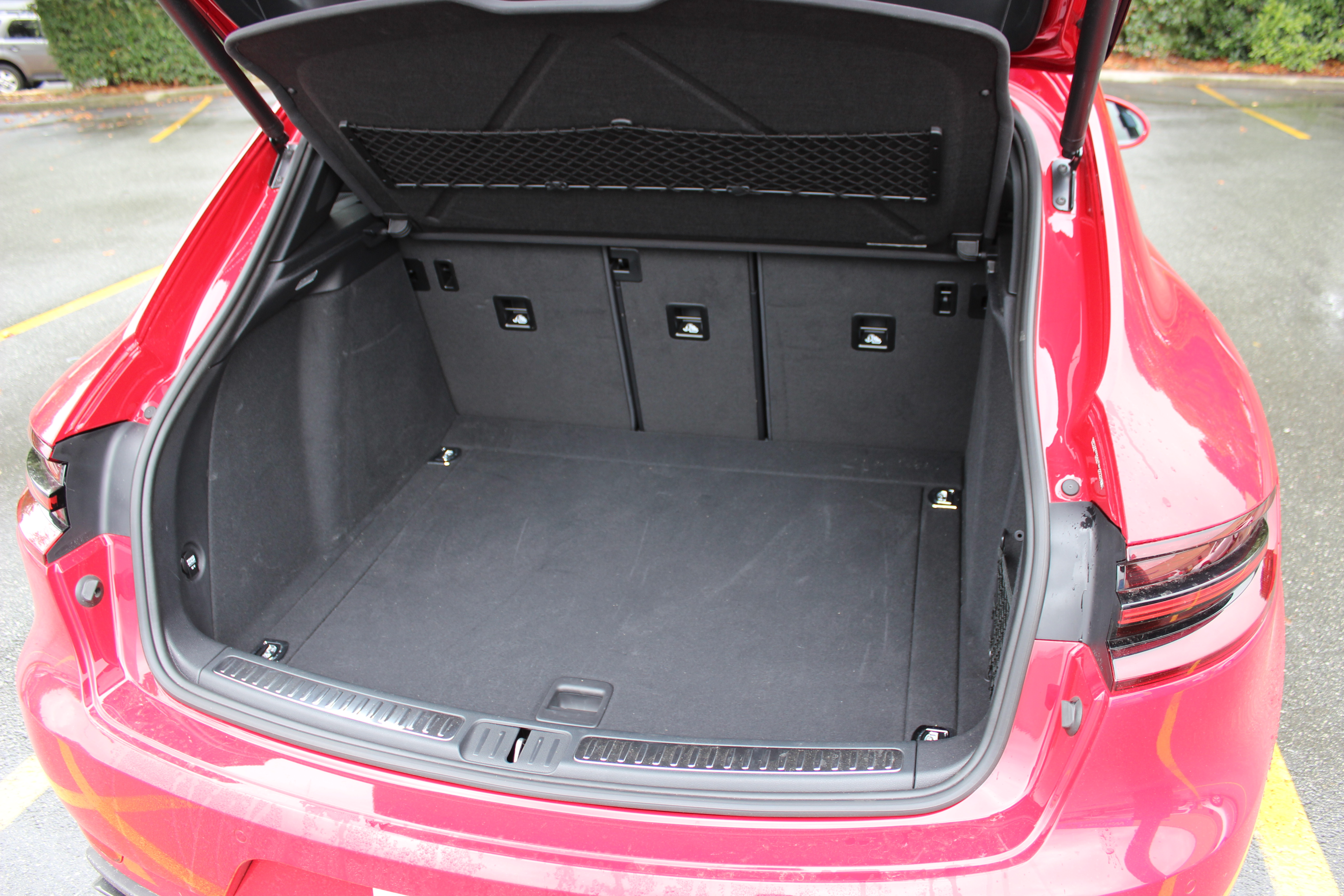 But does it look the part?

100% yes. You may be sacrificing interior space thanks to that super-slopey rear window, and rear passenger legroom may be limited due to the short-ish wheelbase, but my, does it ever look like a Porsche should. Aggressive front fascia, sharp two-tone paint, black 20-inch wheels, graphics that are just right; I love it.

So which should I choose?

This is a pretty easy answer, actually. If you’re shopping for a bargain, the F-Pace is the way to go. You simply get more vehicle for your money, even if we are putting the Jag up against a slightly lower-spec Macan, such as the Macan S. The Jag is larger, manages to stay lighter and still has a properly intuitive drivetrain and chassis to keep the pace.

That Macan can drive, though. Am I one to say that a car is only truly great if it can make its driver – regardless of his or her skill level – feel like a hero behind the wheel? No, I’m not but that doesn’t mean a car can’t be lauded for doing just that.

So, if a compelling drive is priority numero uno, I have to hand this to the Macan. If you’re more interested in shuffling the family, though, F-Pace it is. Better yet, since the F-Pace can be dynamic when asked, I ‘d say it wins the best of both worlds sweepstakes, too.

You may also like: Base Macan produces an affordable Porsche