Ford talks up future goals in mobility at NAIAS 2016

Ford to use innovation to drive the next level of connectivity, mobility, autonomous vehicles, further enhancing the customer experience.

DETROIT — Detroit Auto Show NAIAS 2016. Ford brought Ryan Seacrest up onto the stage here for a thoroughly scripted “interview” with its two top executives about the company’s goals, but it needn’t have bothered — the new cars spoke for themselves.

The American maker had just a couple of Ford vehicles to debut, mostly thanks to introducing new products at other recent shows. The first to appear was the niche 2017 Raptor, a SuperCrew-sized version of the thoroughly macho F-150 off-road pickup truck. It has four full-size doors, and the larger cabin makes it 25 cm longer than the current Raptor.

The bigger news was a refreshed design for the 2017 Fusion, with a Sport edition joining the lineup. The Sport will have a 2.7L, twin-turbo, V6 Ecoboost engine, good for 325 horsepower and 350 lb-ft of torque. It will be sold later this year alongside the regular Fusion, as well as a hybrid and a plug-in Energi hybrid.

The new Fusions are all about available technology, with pothole detection to prepare the suspension and smooth out the ride, and a pedestrian detection system to brake the car if a two-legged person steps into its path — four-legged dogs and cats won’t be so fortunate.

Such systems have been available for several years on premium cars, and it’s a sign of the times that they’re coming now to less pricey vehicles. But that wasn’t really what Ford wanted Seacrest to ask about.

The American Idol host chatted with Ford CEO Bill Ford and President Mark Fields about the company’s goals for the future, with an emphasis on it being a “mobility company,” rather than just an automaker.

“Everybody’s talking about mobility,” said Ford. “Our entire management team is focused on creating a very different future for the Ford Motor Company.

“If you think of city traffic in the world today, it’s a mess. We have gridlock in the major cities all around the world, and if you believe the futurists, as we go from seven billion people to nine billion, it’s just going to get worse. Today, it’s an inconvenience around the world. If we don’t fix it, it will affect the economy, the environment, and the health and the safety of the people who live there.

“What’s clear is no one company can do this by themselves. It’s going to require partnerships across industries with big companies and some startups with names we don’t even know yet.”

Ford wants to use its research and development expertise, as well as its considerable capital and existing partnerships, to expand its business far beyond selling cars and trucks. 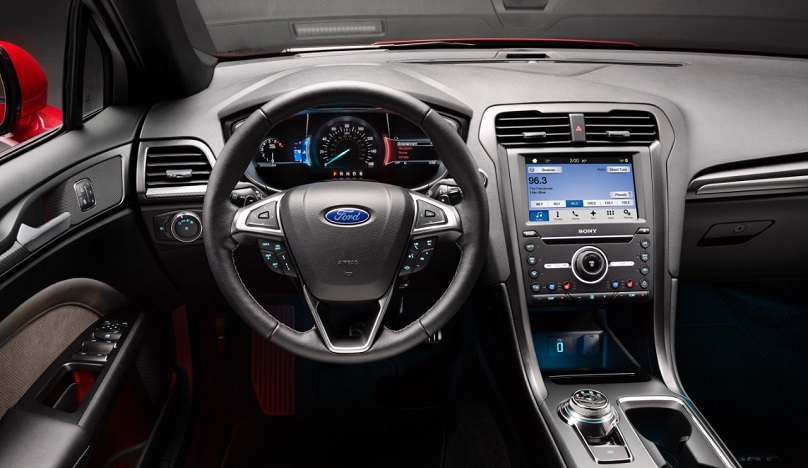 “Being an auto and a mobility company is a massive business opportunity,” said Fields. “The auto industry generates about $2.3 trillion a year in revenue, and today, our piece is roughly about six per cent of that. At the same time, transportation services, which includes things like transit, taxis, drive-sharing — that totals about $5.4 trillion a year, and it’s going to grow over the next 15 years.

“Yet today, Ford and the rest of our competitors get about, literally, none of the revenue that comes from transportation services. And that’s the opportunity that we see in front of us: to grow our auto business, and build on our strengths, while becoming a serious player in mobility services.”

The company announced the launch this April of Ford Pass, a free concierge service app available to anyone who registers, which will help find and pay for parking spaces and drive-share vehicles. It will also offer rewards from partner companies for users, and its live agents are available to assist with mobility challenges — but not to sell cars.

Freelance writer Mark Richardson is a regular contributor to Toronto Star Wheels. To reach him, please email wheels@thestar.ca and put his name in the subject line.