Audi adds sportiness and versatility to its 2021 Q5

Following up on its recent releases of the e-tron and Q3 Sportsback, Audi has added the Q5 to the line up of new sportier coupe inspired SUV’s.

The new 2021 Q5 Sportback has been introduced to appeal to a more enthusiastic driver that still needs the utility and space an SUV has to offer.  The Q5 line up benefits from a facelift for the 2021 model year that includes larger air inlets sitting on either side of Audi’s signature octagonal singleframe grille.

The Q5 Sportsback is much the same as its regular Q5 sibling up front with most of the changes taking place rearwards of the B pillar. The new coupe-like roofline tapers dramatically towards the rear with the cabin glass extending low over the body with the third side window tapering sharply towards the back end giving the impression that the rear bumper is mounted higher than it actually appears.

The new angled rear of the Sportback adds to the already robust stance of the Q5.  Even with the more aggressive slanting rear end the cargo capacity has only dropped by 40L to 510L behind the second row.

It looks like there will only be two 2-litre four-cylinder TFSI engine choices being made available in Canada. The European models will have a four-cylinder and a V6 TDI engine to choose from. The Canadian models will be paired to Audi’s seven-speed automatic transmission and Audi’s Quatro all-wheel drive system 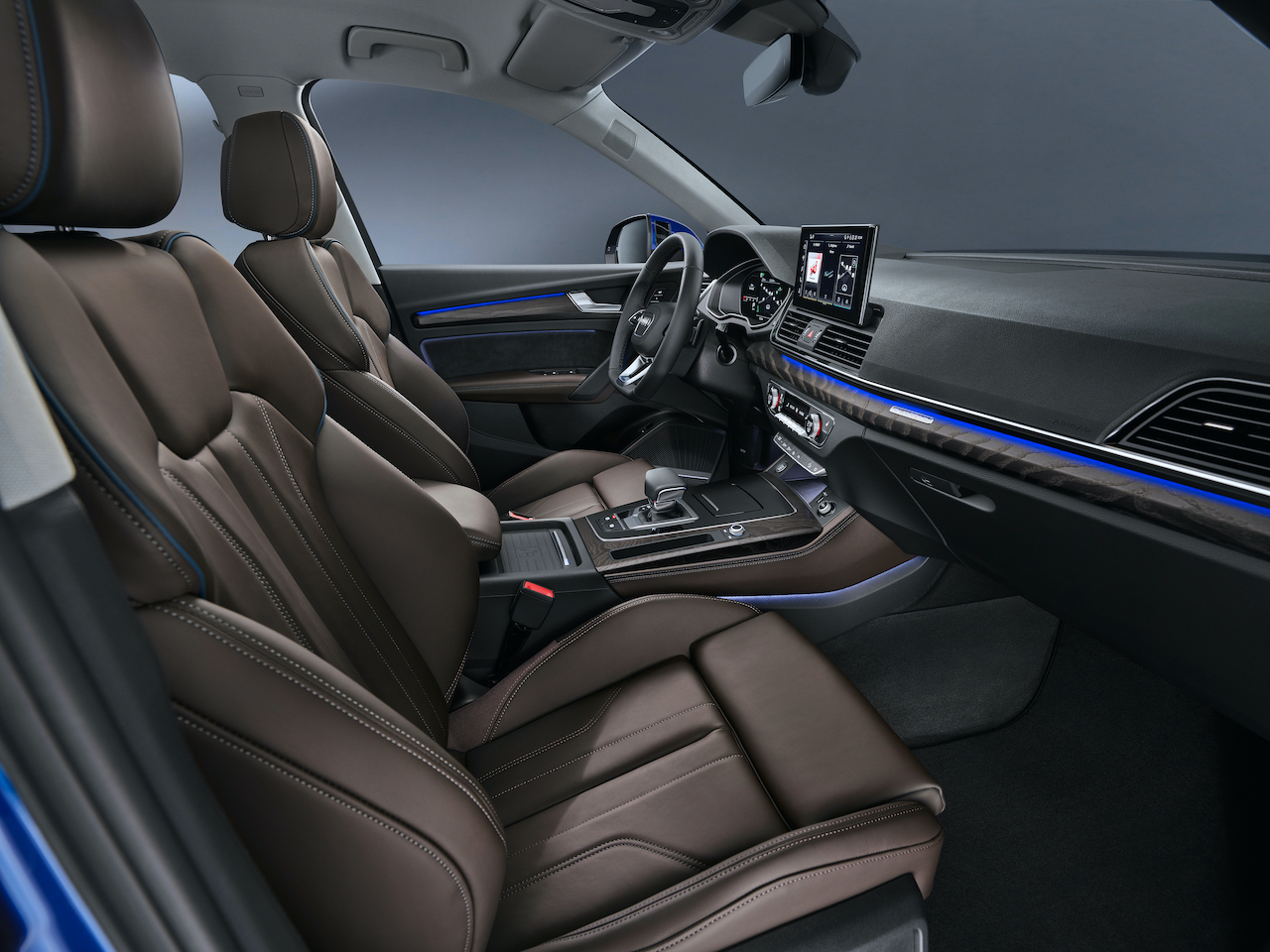 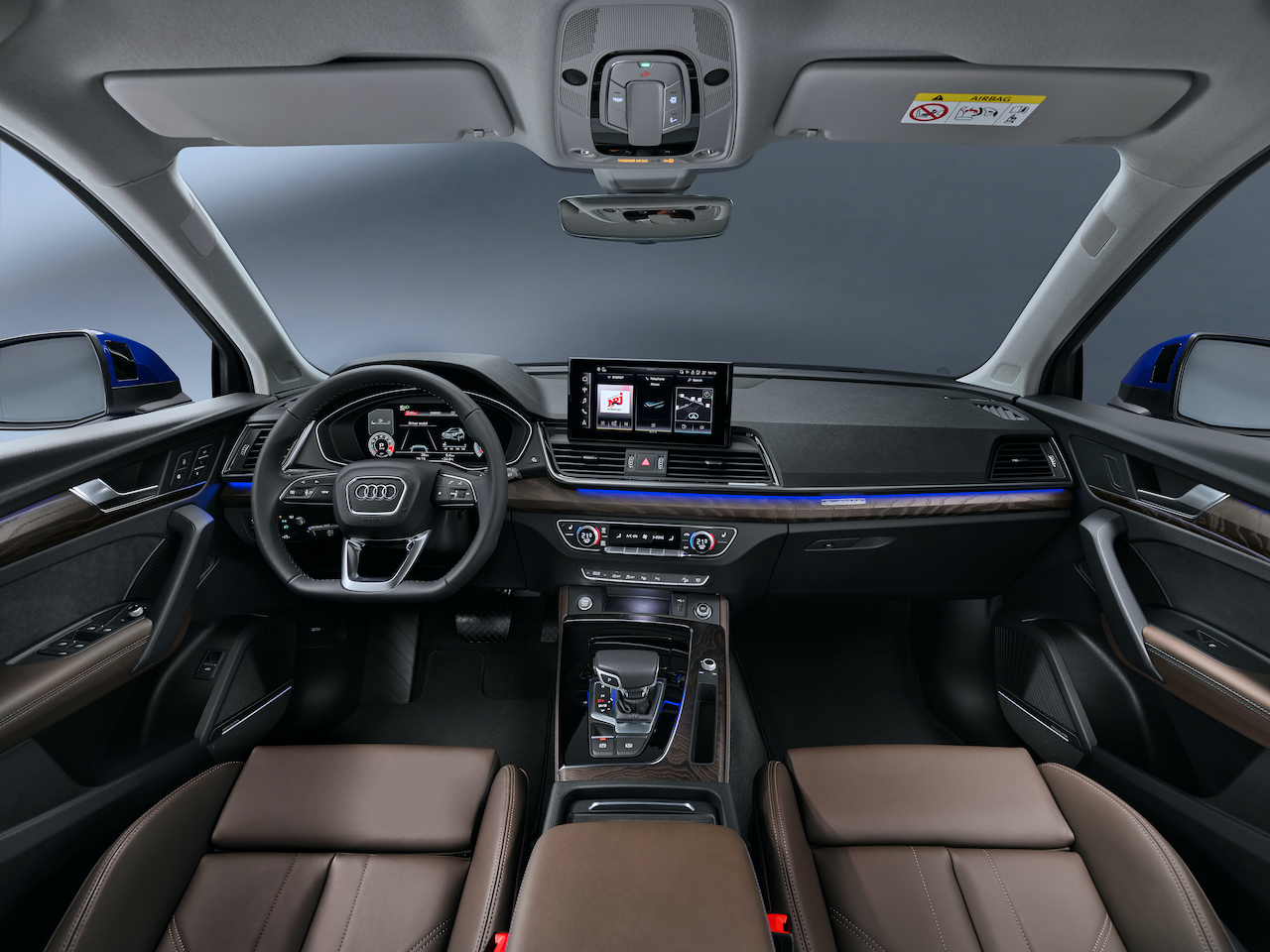 While still unsure, there is talk of there being Plug-in Hybrid (PHEV) and SQ5 performance variants being made available in Canada at a later date.

All Sportback trims will be equipped with Audi’s third generation modular infotainment system that is controlled through either the standard 10.1-inch touchscreen display or by means of the multifunction buttons on the steering wheel.

Also available will be Audi’s virtual cockpit with a 12.3-inch digital instrument display and a head-up display (HUD). The system can also be controlled by simple voice commands and easily is activated by saying the phrase “Hey Audi”.

The Q5 Sportback will be made available in the second quarter of 2021 as a 2021 model with pricing being made closer to the release date. 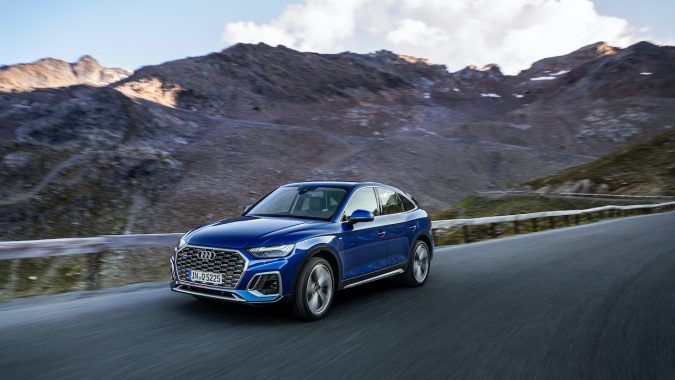 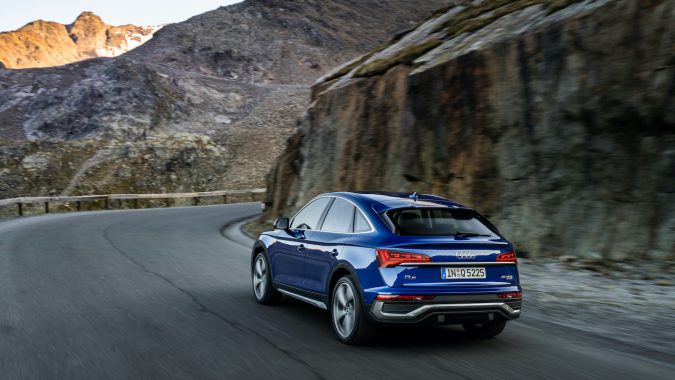