The original 1.8-litre engine was developed specifically for the Prelude, to allow for a low profile. The car drives terribly low to the ground — lower than most of the fast-moving cars passing it on the streets of Toronto.

The Story: Saturday, July 16, 2016 marks the 10th anniversary of my husband Victor’s passing. His life, as well as his car, was remembered in a story by then Toronto Star staff reporter Thulasi Srikanthan on July 21, 2006. As well, the University of Toronto Faculty of Law offers a Victor Hum Memorial Bursary. 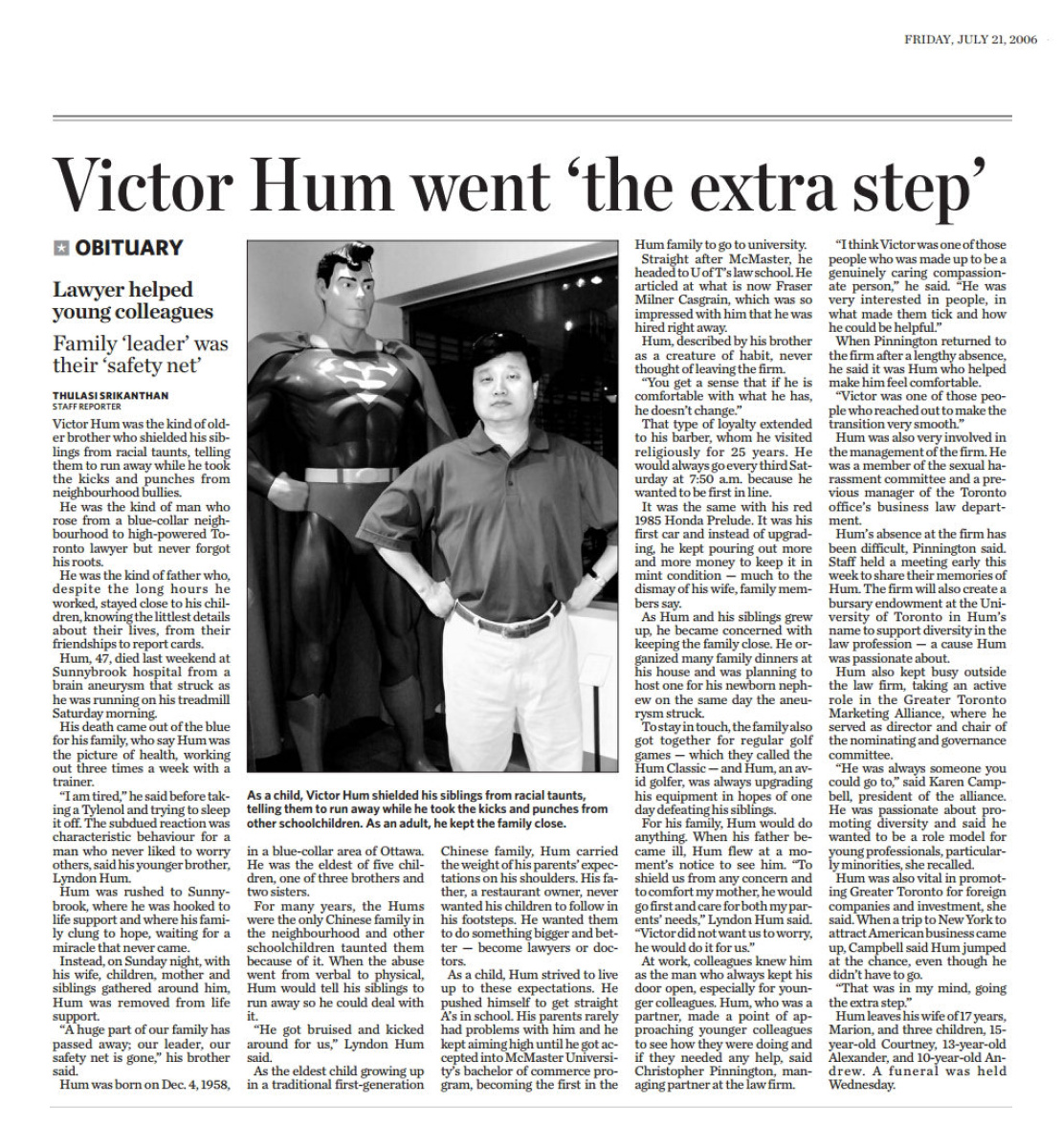 In 1986, during a visit to the annual car show in Toronto, Victor looked at the vehicles displayed by Number 7 Honda of Woodbridge. The conversation with the salesman had been very good, and he left the car show impressed with the Honda Prelude.

To show his loyalty, Victor purchased his first car from Number 7 Honda on March 5, 1986. The Prelude was in production from 1978 to 2001 and was the first Honda model to offer a power sunroof as standard equipment. The ’86 Prelude was from the second generation of cars produced from 1982 to 1987. 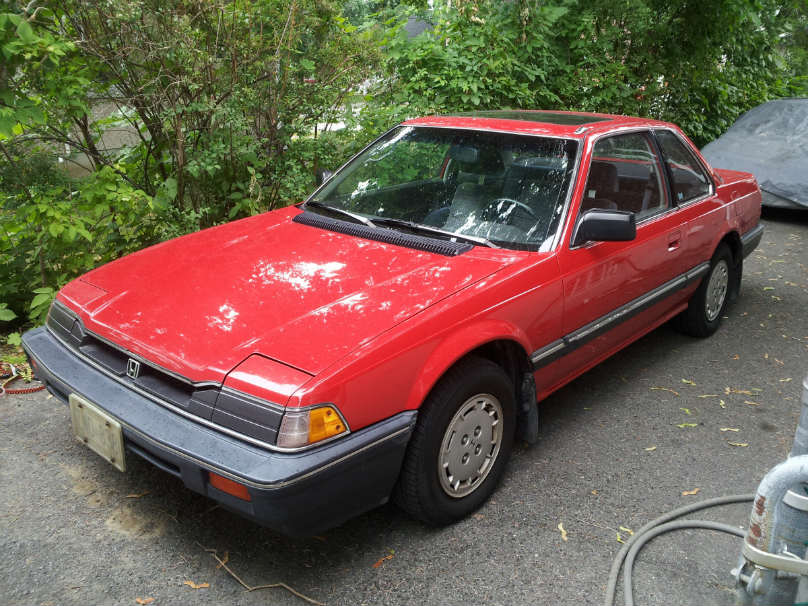 Cars from this generation were the first to have pop-up headlights which allowed for a more aerodynamic front end, a classic sports car rear opening hood and low ground clearance for better handling. To allow for a low hood line Honda developed a special 1.8 litre engine for this car and to make it lower yet they tilted the engine forward. Victor knew nothing about car engines but had brothers-in-law who were knowledgeable, and capable of fixing cars. 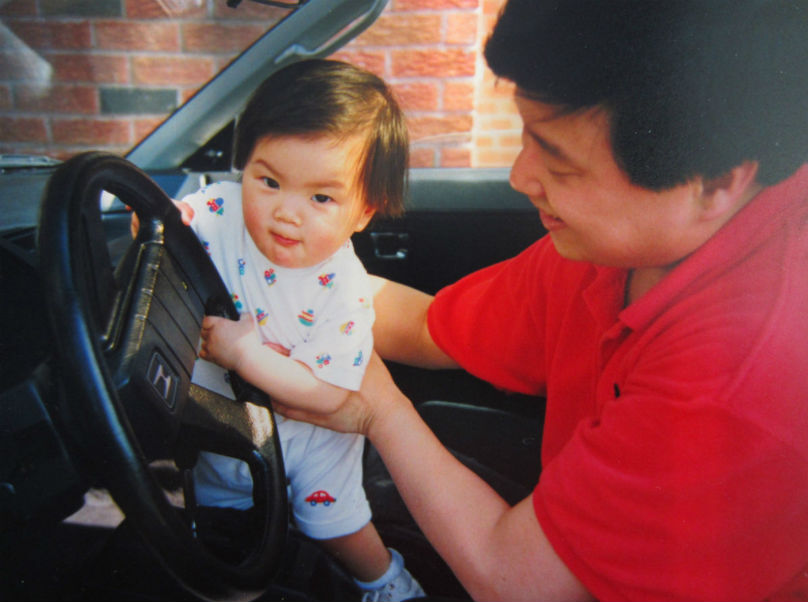 He loved this car for its looks. It is a red two-door coupe. It has manual windows, door locks, and mirrors, and no air bag. Most importantly — as he would like everyone to know — HIS CAR had a gold pinstripe on each side. I guess this detail elevated this particular Prelude to being a sports car.

The original 1.8-litre engine was developed specifically for the Prelude, to allow for a low profile. The car drives terribly low to the ground — lower than most of the fast-moving cars passing it on the streets of Toronto.

Repairs became problematic. It had a 12-valve, twin-carburetor engine. Many mechanics did not know how to perform maintenance on it. I was lucky; my go-to mechanic is Derek. In the past 10 years a lot has been done to the Prelude, including a complete engine overhaul and a paint job. 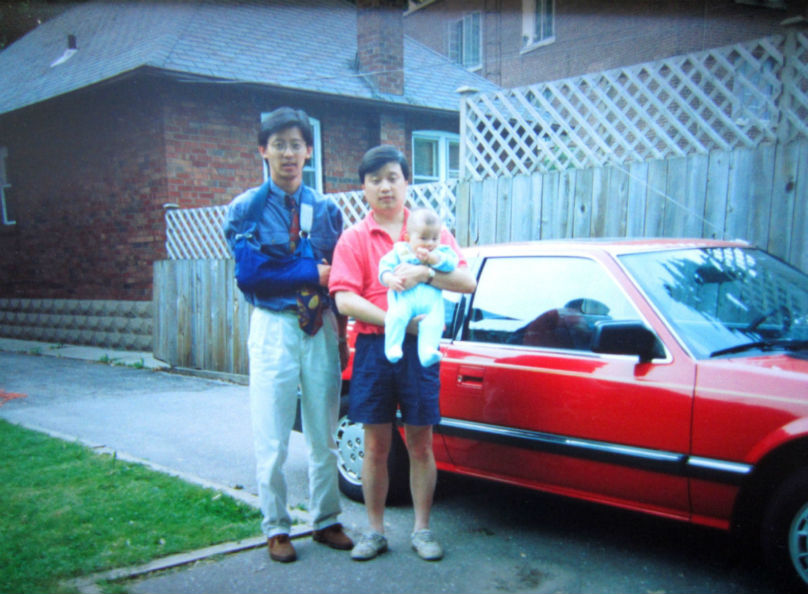 As for the future, my brother found what might have been the last Prelude still in a scrapyard and got its parts for a nominal fee.

After 30 years and 185,000 kilometres, the Prelude drives like it did brand new. The car gets looks from passersby. I don’t know whether they are in disbelief that something this old is still on the road, or having car envy — you decide.

Strangers have offered to buy it. One such person left a note on the windshield with his contact information. I’m just happy that I kept Victor’s car for his children to love it too. 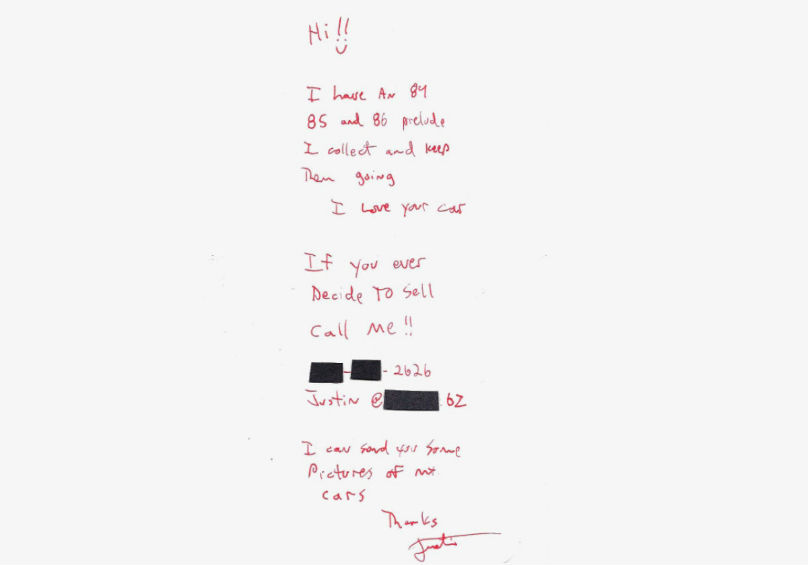 How me and a 1961 Austin Healey healed each other

My teen fantasy: a 1971 Mercedes-Benz coupé