“Did you have one of these when you were younger?” is the question most frequently asked by passers-by when my wife Gunhild and I are on an outing with our 1966 Impala.

The story: “Did you have one of these when you were younger?” is the question most frequently asked by passers-by when my wife Gunhild and I are on an outing with our 1966 Impala.

My answer: “Yes . . . this one.” In fact Friday, January 8, 2016 is the 50th anniversary of my taking delivery of my 1966 Impala from Huntingdon Motors in Huntingdon, Que. I never had a plan to keep a car for fifty years. Sometimes it just works out that way.

Growing up in the factory performance automobile era, and with the added stimulus of the Beach Boys car songs, I lusted after a factory four speed car. After graduation from high school I took a job as a labourer in one of the local textile mills. 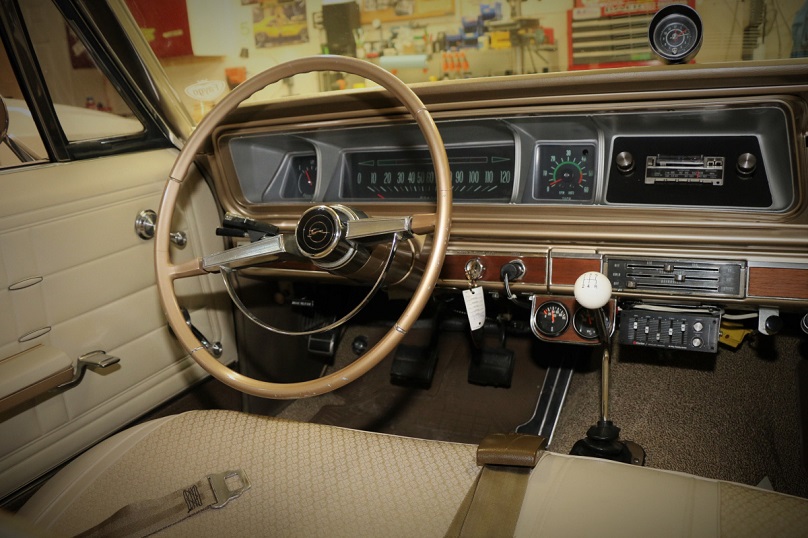 By Fall 1965 I had managed to salt away enough money to put a down payment on a new car. Motor Trend had just printed an in-depth article on the 1966 Impala, which listed all the desirable performance options. So off I went on Oct. 30, 1965, to place an order. The car was delivered on Jan. 8, 1966.

The Impala went into storage in September 1967 while I attended Mohawk College in Hamilton. In the ensuing years, my Impala served as our honeymoon ride with my new bride, transported our newborn daughter Cara-Lynne home from hospital, and towed a U-Haul trailer to Raleigh, N.C. where I completed my BSc. It was fitted with roof racks and hauled building material for our handyman’s special home in Mimico.

By the late 1970s my 1966 Impala was “right rough.” But I was driving employer-supplied vehicles and was able to sideline the Impala to do the much-needed work on it. I always loved the look of the 65-66 G.M. cars and I never tired of the Cypress Green metallic, the taught F40 four-link suspension, and most of all the Muncie M21 four speed. If this car had been equipped with a reliable but boring Powerglide, I never would have kept it so long. 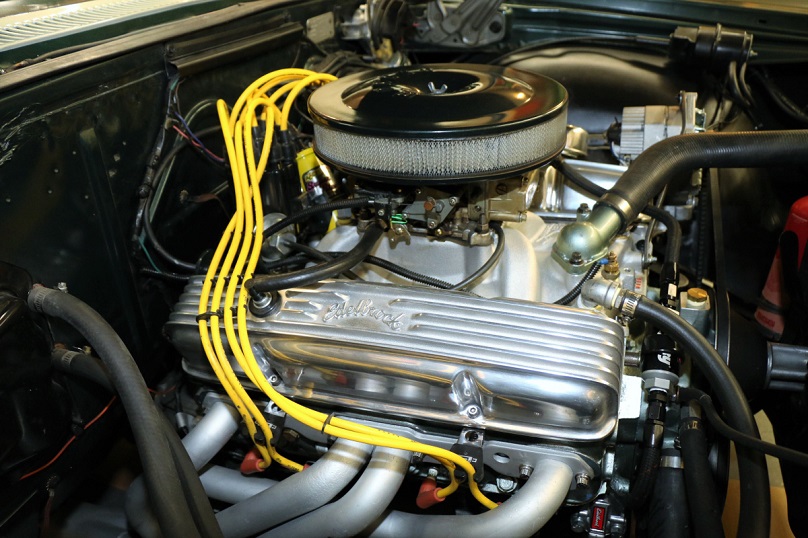 Between June 1986 and August 1990 I did a complete frame-off restoration on “Tuffy Mouse” as my children Cara and Doug called the car. In spite of the car looking like new after the restoration, it never attracted much attention at car shows. In the late 1990’s after experiencing a series of upheavals in my personal life, my interest in the Impala diminished to the point that I placed it in storage and eventually signed it over to a family member with the understanding that I had first refusal on taking the car back. That is exactly what happened in 2008.

When I retired in December 2012 I finally had the time to give the car a fresh round of attention. The aftermarket industry had evolved so much since the 1986-1990 restoration that I decided to go the resto-mod route. Meanwhile the Internet had come along as a source of information and parts. If I could not please the restorer crowd, I would please myself.

With the exception of the interior which is restored-stock, I decided to build a resto-mod car. It is now powered by a 355 with four bolt mains and Dart heads. The worn-out Muncie was replaced with a Tremec TKO 600 5-speed manual. Final drive is a 3.31:1 12 bolt Positraction. While I had the Impala apart, I also retrofitted disc brakes.

Although I have set aside all of the original parts to return the car to as-built condition, that is unlikely to happen under my ownership. I absolutely love the driveline combination, the overall look, feel, and sound of the car. Based on the feedback I have received, a lot of other people approve of what I have done. It is amazing how well this car drives and handles. Other than anything requiring specialized equipment I do 100 per cent of the work myself and I would not have it any other way. Keeping my 50-year-old car going helps keep me young.