By the time I knew my grandparents they drove an Oldsmobile, and then a Mercury. But the Lincoln-Zephyr is the most-storied car to serve in our family, for reasons I will get to

The story: When I see this photograph of my American grandparents I think of Grant Wood’s iconic Depression-era painting of a farmer and his wife, American Gothic. Here is the unstaged, urban version — a businessman, his wife, their streamlined car, and a refreshing suggestion, Coca-Cola.

By the time I knew my grandparents they drove an Oldsmobile, and then a Mercury. But the Zephyr is the most-storied car to serve in our family, for reasons I will get to.

Since we owned one, history has also established the Lincoln-Zephyr as a storied car, period. It was the brainchild, we learn in Robert Lacey’s Ford: The Men and the Machine, of Edsel Ford, the artsy son of Henry who also commissioned Diego Rivera’s famous labour- and automotive-themed murals in the Detroit Institute of Art.

By credible account, we also read that seeing a then-rear-engined Zephyr prototype in Detroit gave Ferdinand Porsche ideas for the Volkswagen beetle (“Just look at it,” my uncle Oskar Heininger, who studied car design, told me during the Christmas holidays). 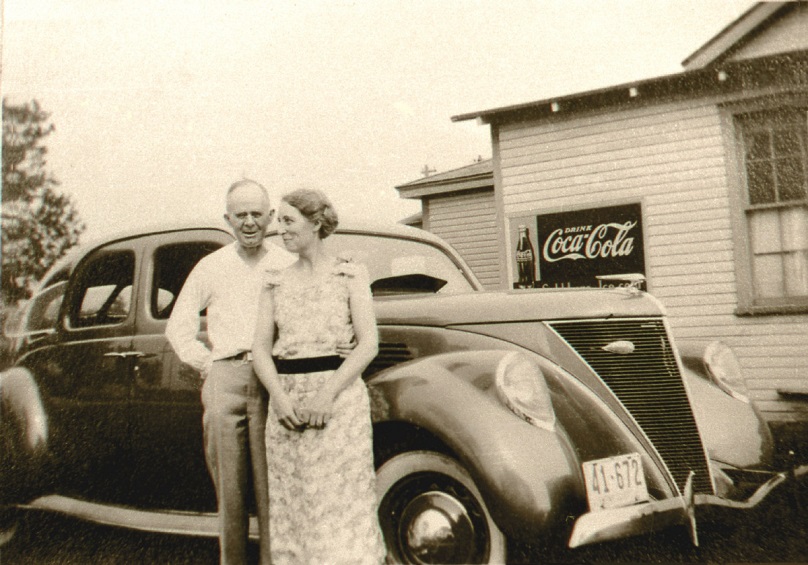 In Lacey’s book we read of Edsel himself working with Michigan body shop Briggs and a young stylist, John Tjaarda, developing the Zephyr with Ford’s new styling section; of youthful Henry II and his buddies road-tripping over Europe in a new Zephyr, arriving in Vienna as the Nazis were taking over; we learn elsewhere of the car’s evolution at the hands of Ford stylist Eugene (Bob) Gregorie into the Lincoln Continental, Edsel’s Zephyr-based personal ride that found its way into production as one of the prettiest cars ever.

Exactly when our Zephyr arrived in the family is lost to time, but we can make deductions. Grandma — the Erna on the right in the picture — wrote on the back of the photo, “Milton, Vt. At Schill’s Airport. Alfred and Erna with Lincoln-Zephyr – 1936.”

The year on the number plate can’t be made out, but with the help of World License Plates on the Web we can narrow down the dark-on-light design to an odd run expiring March 31, 1937.

Which all fits with my uncle’s further clue. The car, he believes, was bought new or almost-new. Is it the very one seen in a publicity shot taken in the Burlington, Vt., Ford showroom, now posted online with others in the University of Vermont’s Louis L. McAllister collection? We don’t know; buying new was not the family tradition. 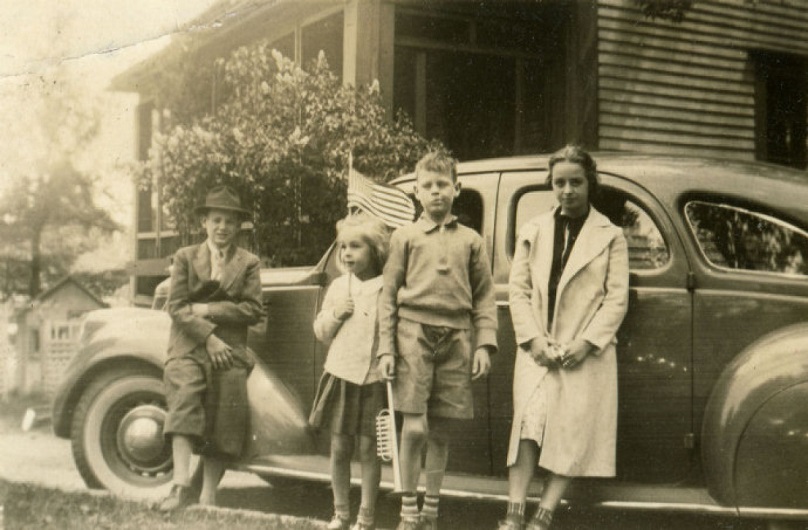 But reliable transportation was certainly needed. In the fall of 1936 grandpa, Alfred Heininger, next his wife in the photo, ran for governor as a Democrat. He lost, of course. Vermont was solidly Republican. Bernie Sanders wasn’t even born yet.

The campaign was spirited. My Zephyr-driving grandfather favoured building a road called the Green Mountain Parkway, along the length of the range. It might have been nice, like the Taconic or Blue Ridge parkways, but Vermont voters would have none of it.

With election touring done, the Zephyr drove on in streamlined glory, doing duty on picnics, ferrying family, through to the end of the Second World War. There is one like it — we don’t know whose — at the Henry Ford Museum in Dearborn, Mich.

Our family recalls the V-12 engine burning more oil than rubber, as do other owners. But also seats “high like chairs,” with “chrome bars around the edge,” well-upholstered with “theatre armrests (and) hassocks for rear passengers’ feet,” as a member of another Zephyr family told Automotive News in 2003.

The Museum of Modern Art later made much of the Lincoln-Zephyr’s “impeccable, studied elegance.” Which my uncle Oskar, who grew up with the car and became an industrial designer, would probably streamline to, “liked it then, like it now.” 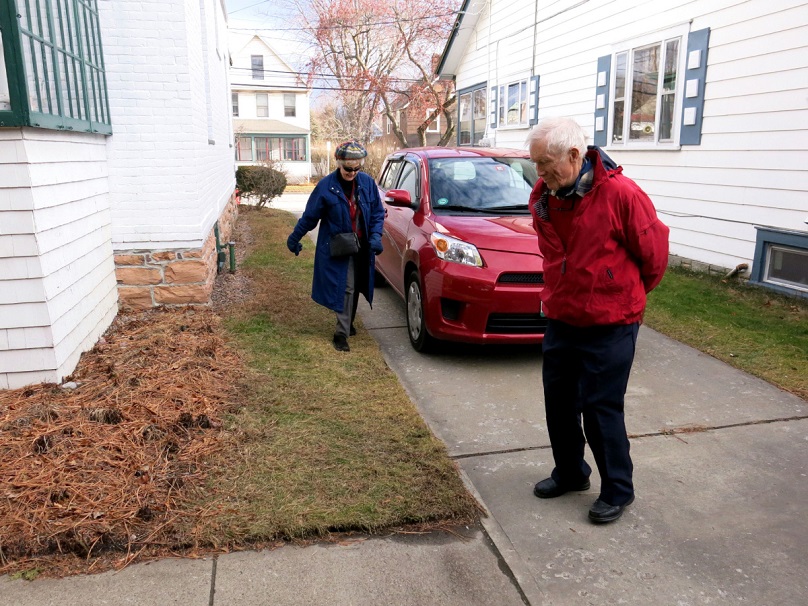