The 1983 movie A Christmas Story was partly filmed in Toronto, and the Chev was hired out to appear in the background sets.

The story: My 1928 Chevrolet four door sedan was originally purchased from McLaughlin Motors in Hillsburgh, Ont., by Peter McEachern, a farmer who lived just outside Belfountain. 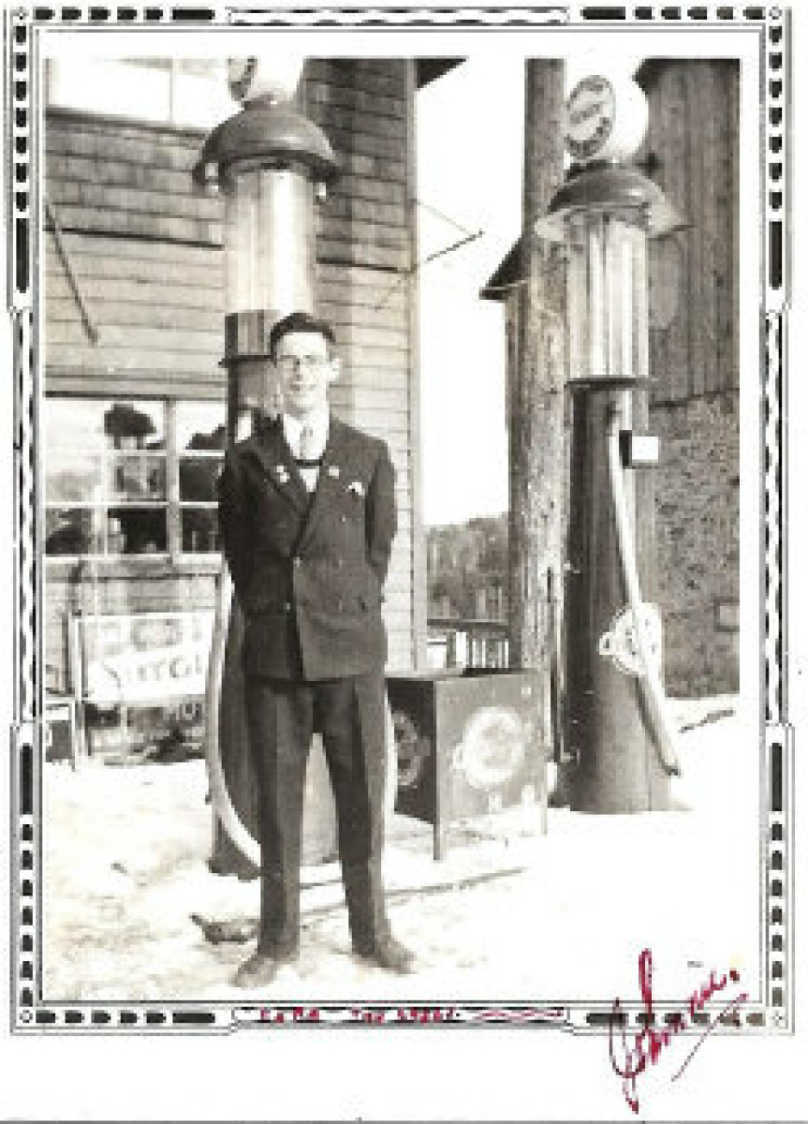 Peter used the car very seldom, and upon his death a few years later it went to his maiden sister, Isabella, who also lived on the farm.

Isabella and her niece drove to the nearby villages of Erin and Belfountain for grocery shopping. The car was housed in a small garage and was never driven at night, nor in the winter, nor even in the rain.

The servicing of the vehicle, from the time it was new, fell to Trimble’s Garage in Belfountain, which was owned by my grandfather, John. Both my father, John Jr. and my uncle joined the business as mechanics thus the car was always serviced by someone from my family. 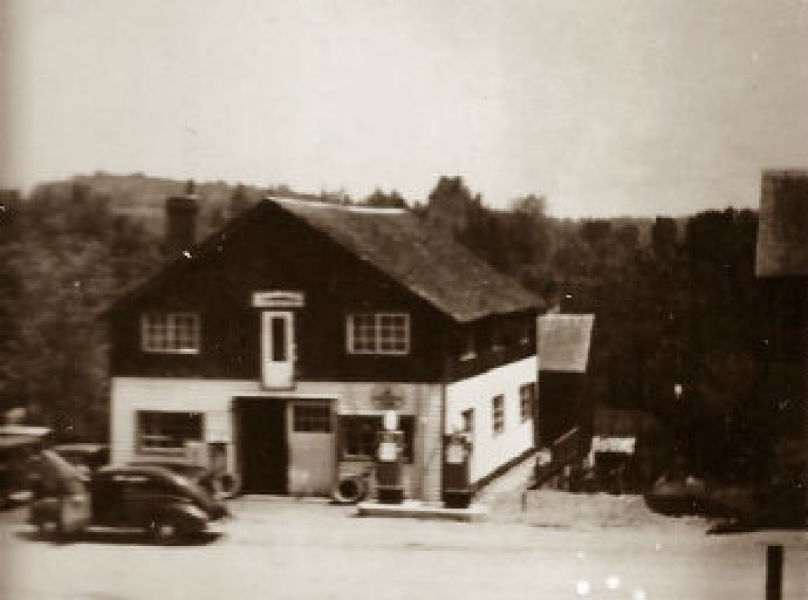 During the early 1950s Ontario Provincial Police would run safety checks, stopping cars at the south end of Erin. Invariably Isabella’s ’28 Chev would have a malfunction of some sort.

It would be the wipers not wiping, or the horn not blowing, or the lights not lighting, since these were never used by Isabella. The car would end up at our garage to have the offending item repaired. I had a real interest in old cars and I would sit in it and pretend to drive. I got quite comfortable with the old car and looked forward to its visits.

My interest continued to grow, as I did, and by 1962 I was 16 and collecting old licence plates. On July 4 I was scouring the countryside, driving from farm to farm looking, and stopped by the McEachern’s where I struck gold.

Isabella had kept every plate, from 1928 through 1960. The plates for 1961 were on the car. She said I could have them all. On a whim I told her that if she was ever interested in selling to keep me in mind as I would be interested.

Isabella said that since she was 81 years old, and had decided give up driving, she was interested in making a sale and asked how much I would give her. I was in school and had very little money so offered her $150, which she accepted.

I rushed home to discover that my $150 was really only $125. Try as a might, I could not persuade my parents to loan me the extra $25 to buy “an old car.” I returned to the McEachern farm and made my new, lower offer. Without hesitation Isabella accepted. 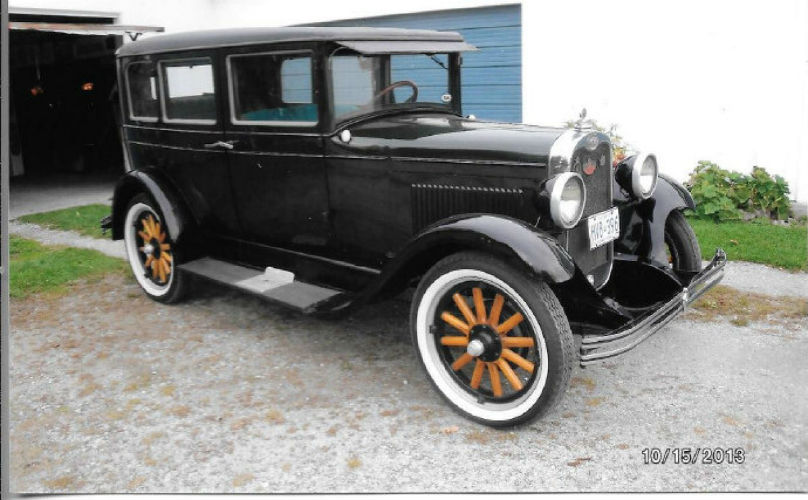 The next day I returned with a friend and the garage’s tow truck to collect the Chev. We hooked a chain onto it, pulled it down the road a bit and when we were out of Isabella’s sight we unhooked I drove it home.

By the end of August my dad had ground the engine valves, had the headlights working and had refurbished the mechanical brakes. On Labour Day I drove the car to the Milton Steam Show where I joined the Horseless Carriage Club of Southern Ontario. I’ve been playing with old cars ever since.

When I bought the car it was completely original and running. It had been licensed every year. A lot of the paint was worn to the primer and would not hold a wax shine for very long. I had it repainted in 1968 in its original colours for $125 and that paint job has lasted to this day.

The wooden-spoke wheels, originally painted black, were sanded down to show the wood, and then varnished. The wood frame and the mohair interior have never been in need of repair and are in very good original condition.

In those miles came some winter driving. The 1983 movie A Christmas Story was partly filmed in Toronto, and the Chev was hired out to appear in the background sets. It was the only old car that started consistently that very cold day.

We take the “old girl” out for the occasional run. The most comfortable speed for her is about 35 miles (55 kilometres) per hour. It is increasingly difficult to find roads to travel on safely.

Although the car sports 48-year-old paint it still looks good. I have no plans to refinish it again, but do intend to continue to enjoy Isabella’s car for a long time. If I am lucky I will live to see her 100th birthday.