This year’s LA Auto Show saw a number of electric vehicles from the Europeans, including the BWW stand where the iPerformance family of plug-in hybrids was displayed.

LOS ANGELES, CA: The Europeans were out in force at this year’s LA Auto Show, starting with Mercedes-smart that brought everything from mild to wild.

And wild is the only way to describe the first-ever Mercedes-Maybach S650 Cabriolet, described as the “ultimate in open air exclusivity”.

Based on the Mercedes S-Class Cabriolet, the Mercedes-Maybach features scores of unique touches, such as The Affinity set of two large travel bags made from the same leather as the seats. There is also a polished and chrome-plated “1 of 300” lettering which serves to highlight the level of exclusivity.

Each Mercedes-Maybach S650 Cabriolet includes a car cover made of high-quality fabric that matches the soft-top color with diamond quilting and an embroidered Maybach emblem. 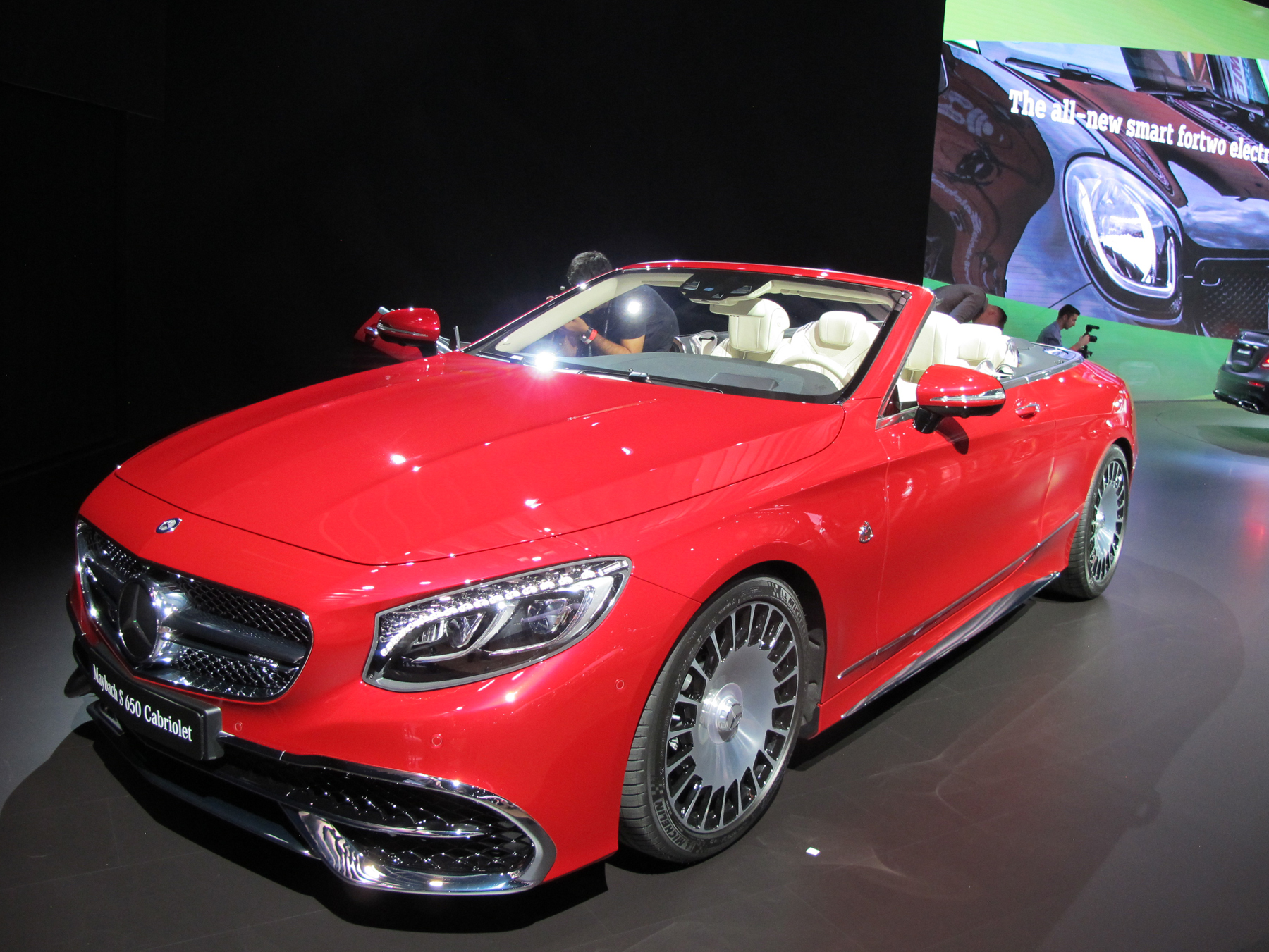 One of the most impressive vehicles at the LA Auto Show was the Mercedes-Maybach S650 Cabriolet powered by a 6.0-litre twin turbo V12 engine with 621 hp and 738 lb/ft of torque and a top speed of 155 mph.

The fourth generation smart ED (Electric Drive) was in LA featuring a much more powerful three phase synchronous electric motor, producing 81 hp and 118 ft/lb of torque driving the rear wheels allied to a 17.6 kWh lithium-ion battery for a combined energy consumption of 12.9 kWh/100 km and a range of 160 km.

Interestingly, it is 2.95 meters long with a turning circle of 6.95 meters — giving it the ability to do a full turn in just about twice its length, ideal for tight urban parking and driving. 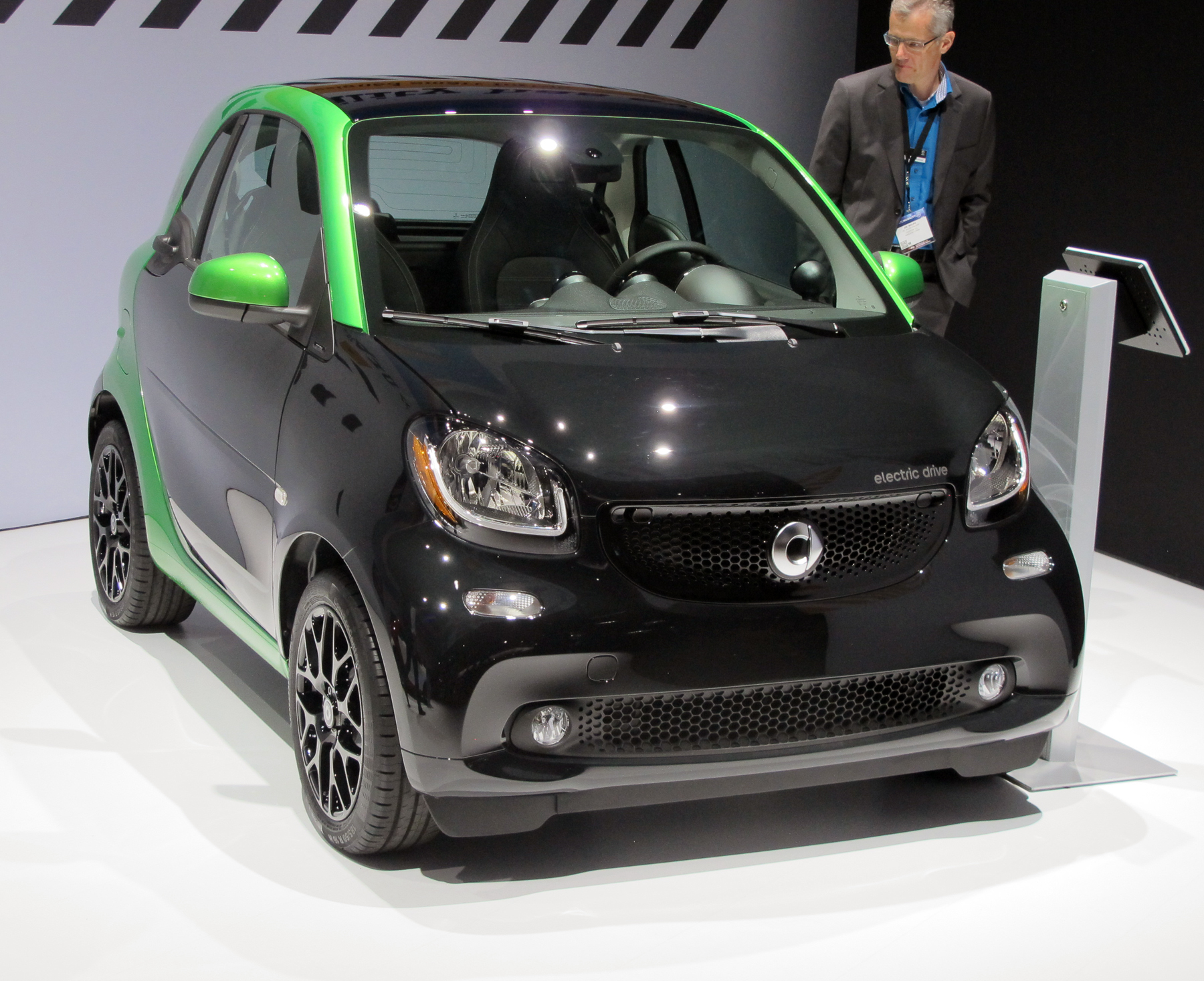 It will be equipped with Audi Drive Select now with five modes (Comfort, Auto, Dynamic, Off-road, and Individual) giving the driver a wide range of performance and handling options.

BMW had a wide range of vehicles in LA, including the 740e xDrive, BMW 330e and BMWX5 xDrive40e — all part of the iPerformance family of plug-in hybrids.

The brand’s iPerformance applies eDrive technology from the i3 and i8.

For instance, the 740e xDrive is BMW’s flagship hybrid combining a 2.0-litre TwinPower engine with an electric motor and eight-speed Steptronic transmission for a combined 322 hp, a 14-mile all-electric range and 87 electric mph.

Also Read: It’s all about luxury and power

Perhaps the most talked about vehicle in LA was the Jaguar i-Pace electric concept with two electric motors pumping out 516 lb/ft of torque and 400 hp.

With its 90 kWh lithium-ion battery it has a range of 220 miles and a sprint time from 0-60 mph in about four seconds.

At the Peterson Automotive Museum across town from the LA Convention Center that is the site of the auto show, Jaguar showed the “new original” XKSS, the first to be built in almost 60 years.

There will only be nine built for customers around the globe.

The cars will be completely new, with period chassis numbers from the XKSS chassis log. All cars have been sold at a price in excess of £1million each. 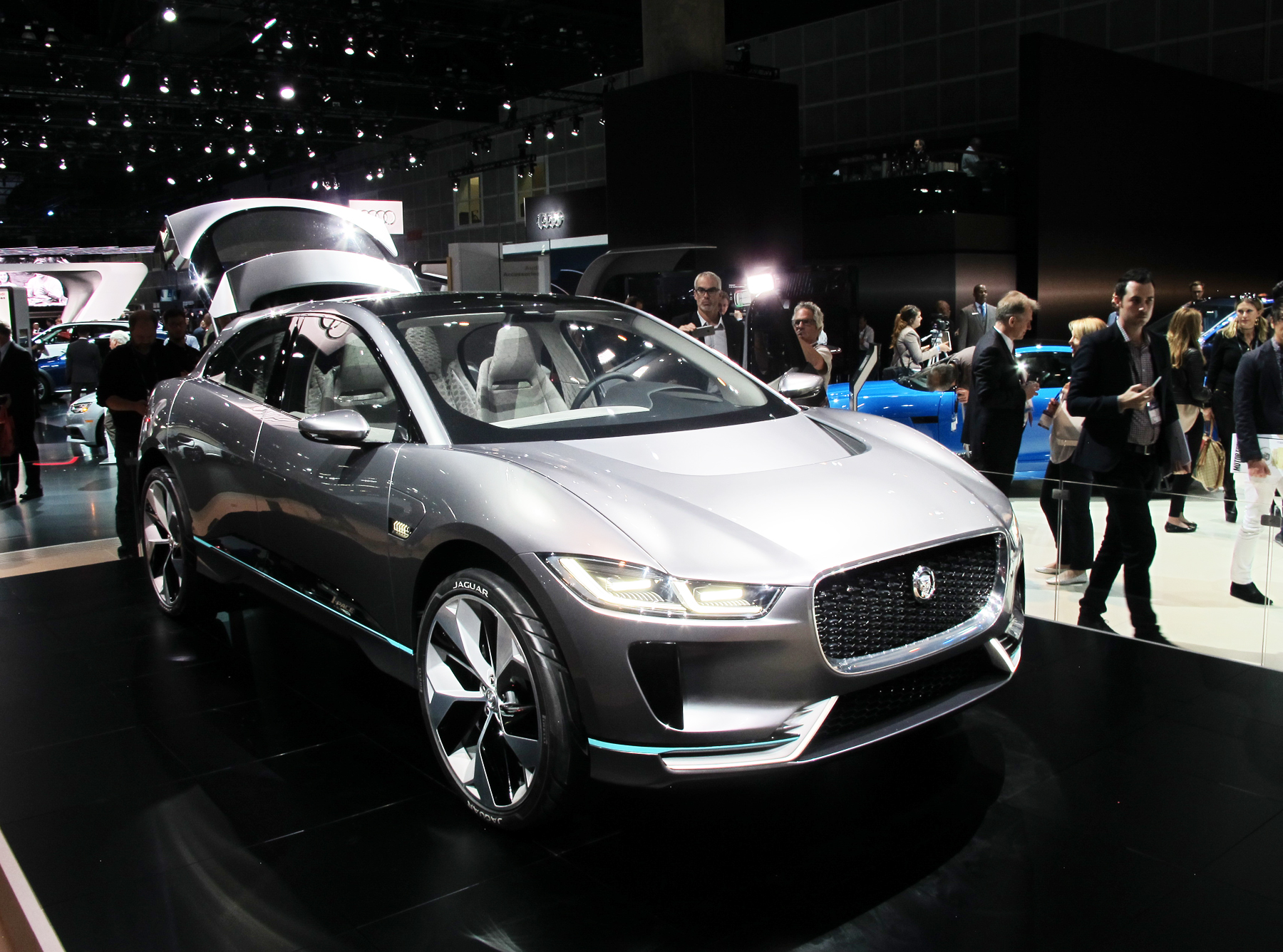 The Jaguar i-Pace Concept was the talk of the LA Auto Show. It features two electric motors producing 516 lb/ft of torque and 400 hp and a range of 220 miles.

Like the universe, the MINI model lineup is expanding, with three new versions of the Countryman including the MINI Cooper S E Countryman ALL4 which will be powered by both a three-cylinder MINI TwinPower Turbo Technology gasoline engine and an electric hybrid synchronous motor.

With 207 ft/lb of torque on tap, the turbocharged four-cylinder engine on the MINI Cooper S Countryman nearly matches the torque output of the outgoing MINI John Cooper Works Countryman. 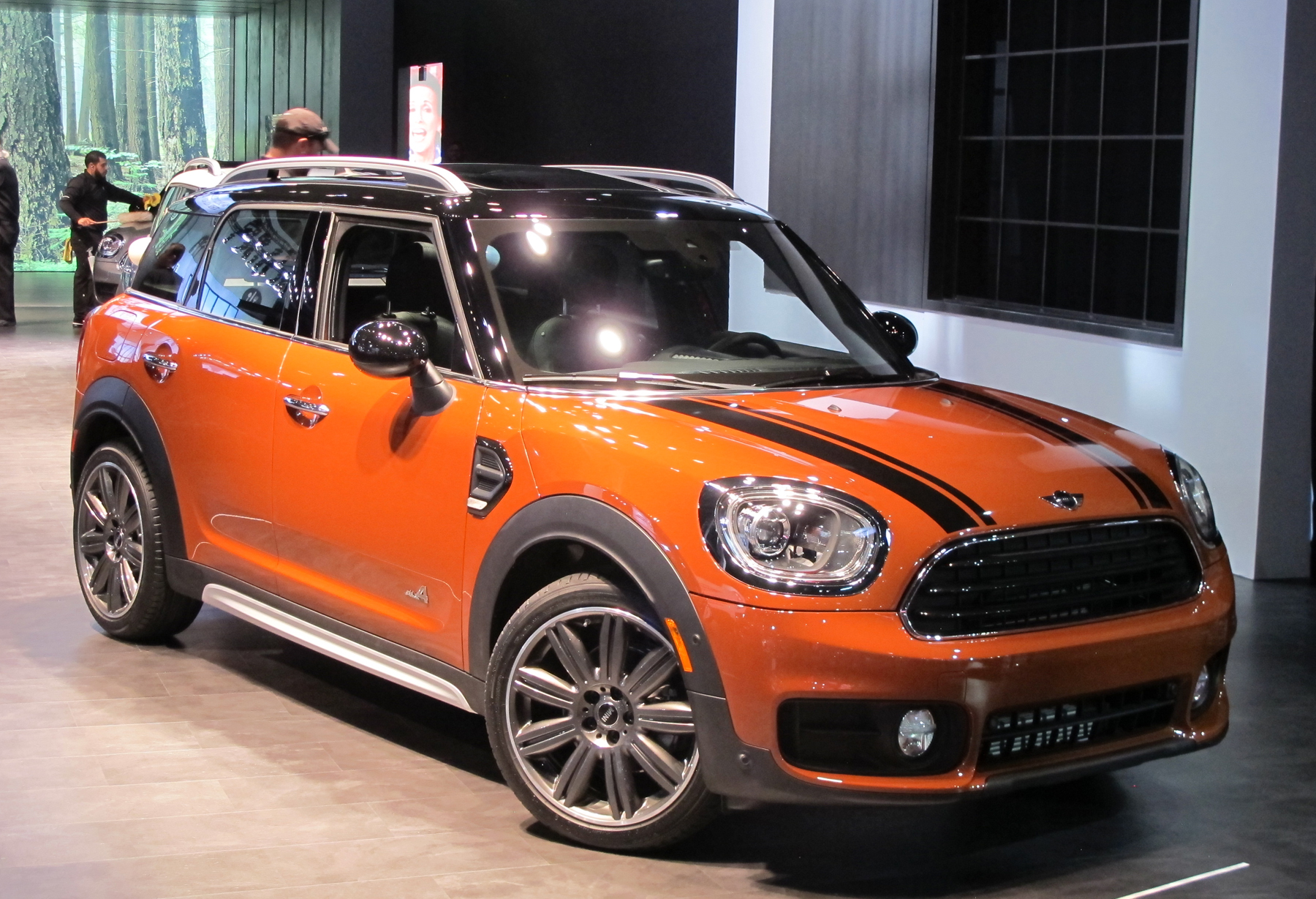 MINI showed three versions of the 2017 Countryman, including the MINI Cooper S E Countryman ALL4 which will be powered by both a three-cylinder MINI TwinPower Turbo Technology gasoline engine and an electric hybrid synchronous motor.

Looking very impressive on the Volvo stand in LA was the V90 Cross Country, making its world debut.

The Cross Country model range was launched almost 20 years ago and since that time has become known for being a rugged all-road and all-weather vehicle developed in Sweden that is 77 per cent forest and lake covered.

Tough on the outside, on the inside it has all the high luxury appoints of the new S90 sedan and V90 wagon, including a high-end sound system by Bowers & Wilkins. 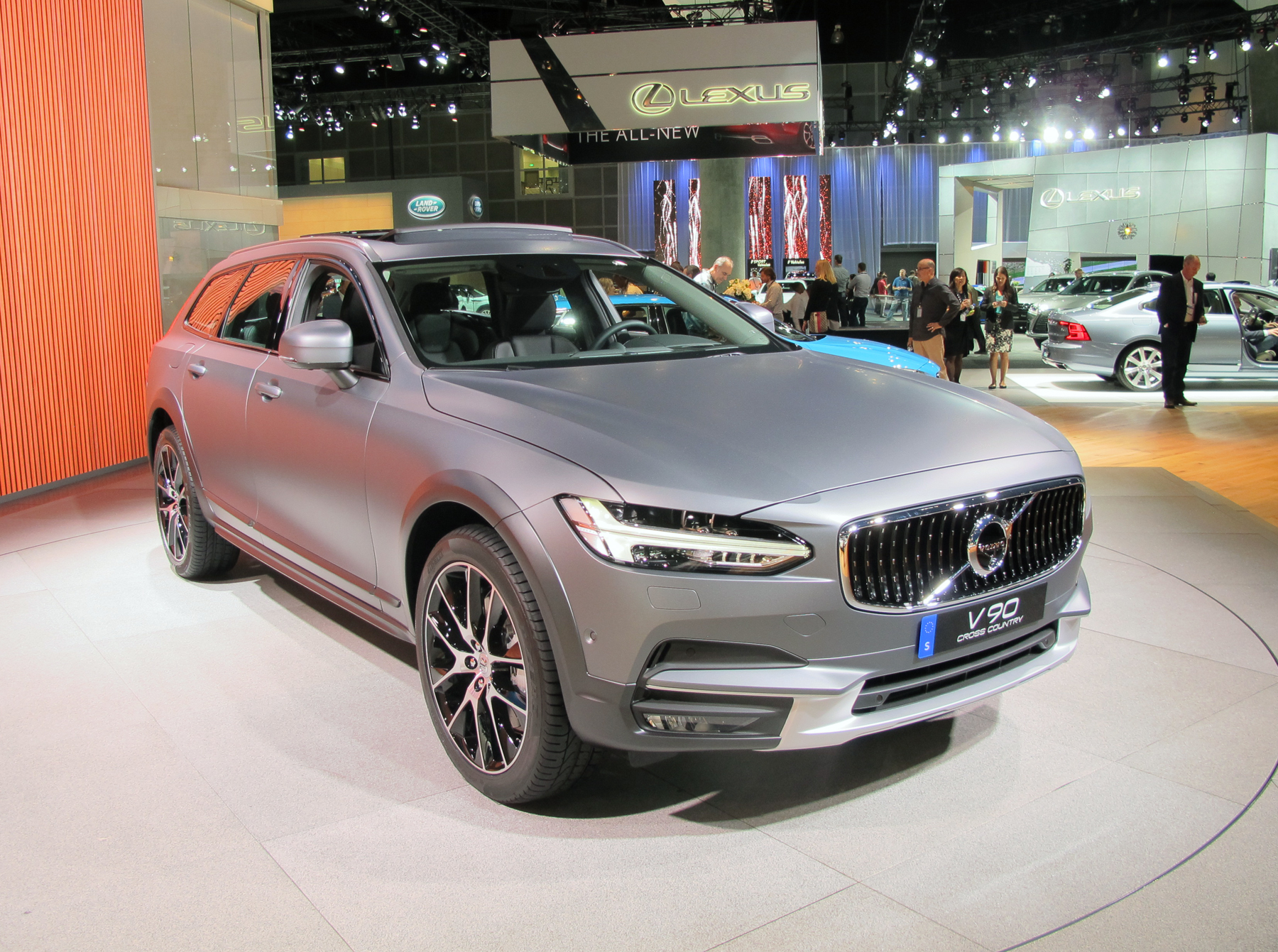 Joining the Volvo S90 sedan and V90 wagon is the V90 Cross Country making its world debut in LA.

It is available with the optional Volkswagen Digital Cockpit where all instruments, including specific e-Golf gauges such as the power meter, are virtually shown on the 12.3-inch color screen.

Information can be integrated on driving, navigation and assistance functions and display phone contact images or album cover art. 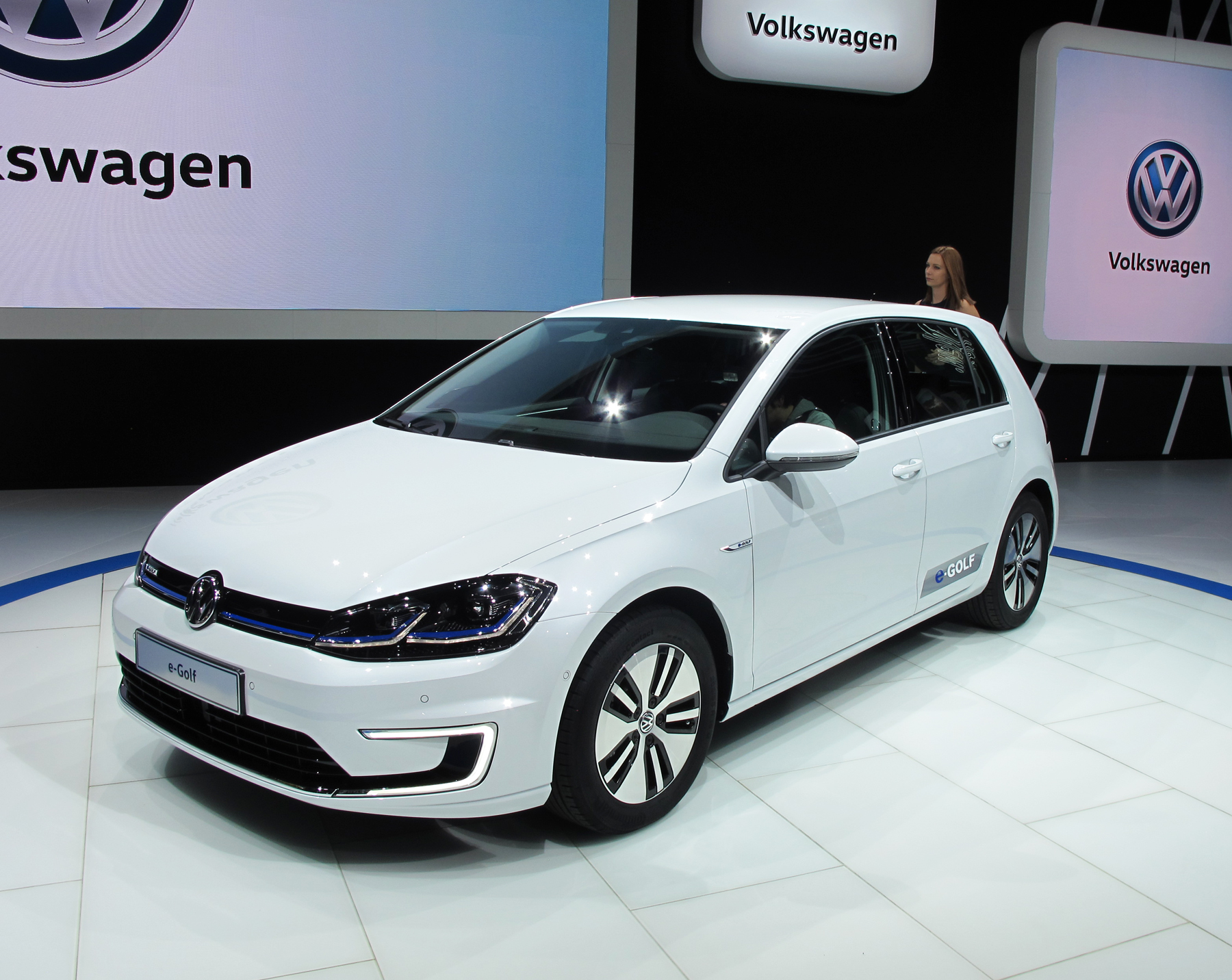 Volkswagen used the LA Auto Show for the North American debut of the e-Golf EV using a new 35.8 kWh lithium-ion battery and improved electric motor with 134 hp and 214 lb/ft of torque.