Take a look at the hottest car-tech announcements at CES 2016, and let your imagination run wild while your dreams come true.

Next week, the automotive world will converge on Detroit for the North American International Auto Show. This week, however, its epicentre was in Las Vegas at CES 2016 — formerly known as the Consumer Electronics Show.

Things have really changed here at CES. Automakers and their suppliers were oddities at the show just a few years ago. Now they’re a cornerstone of the event, using it as the launching pad for new technologies and even cars.

During a keynote address in Vegas, General Motors CEO and chair Mary Barra introduced the production version of the 2017 Chevrolet Bolt electric vehicle, an announcement that would’ve been made at the Detroit auto show (which takes place next week). Meanwhile, a brand new automaker called Faraday Future chose CES to introduce itself to the world as the next Tesla. Canadian-based auto suppliers Magna and QNX used the show to market their expertise in rapidly-evolving connected and autonomous vehicle technologies. And those were just the tip of a very large iceberg that is defining the course of our future mobility.

The production version of the Chevrolet Bolt electric vehicle, which made its debut as a concept in Detroit last January, is more than just another electric car. It’s designed from the outset to be a part of today’s connected world.

For example, its Bluetooth system can connect to a smartphone while the owner is approaching the car, adjusting various settings to his or her preference before entry. An unobstructed wide-angle image from a rearview camera can be displayed in the rearview mirror. And in the future, GM says, an accurate driving range projection can be based on the time of day, typography, weather and the owner’s driving habits.

Several Bolt features are said to have been designed with car sharing in mind, perhaps in anticipation of GM’s recent investment in the U.S. ride-sharing firm Lyft.

Following months of speculation, the U.S.-based, Chinese-financed startup called Faraday Future finally showed its hand at CES with the reveal of its FFZero1 single-seat concept car.

Looking like a cross between a Le Mans racer and the Batmobile, it is not expected to reach production. The FFZero1, rather, was designed to showcase a range of technologies, including a scalable architecture that will be used for production models. With Tesla as its inspiration, FF has hired a significant staff of experienced personnel and done a deal with the state of Nevada to build a plant outside Vegas.

Like the Tesla, FF’s production cars will be fully electric and designed to accommodate autonomous drive capabilities — if they ever reach production. 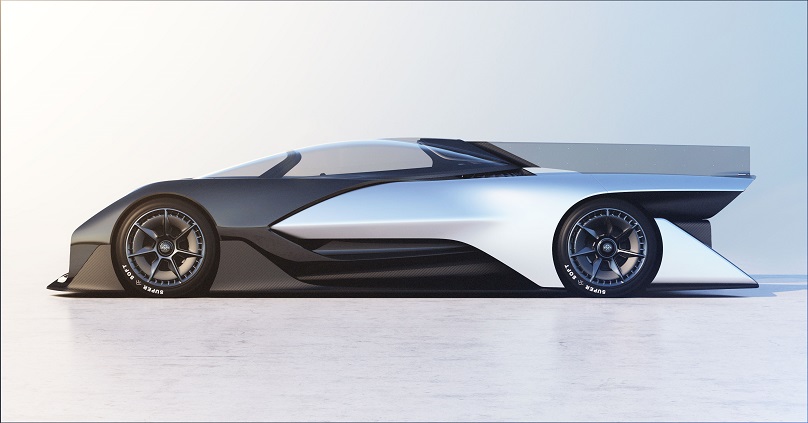 As expected, Volkswagen unveiled a new electric concept vehicle and incorporates the next-generation of the company’s connectivity technology. Also as expected, it takes the form of a minivan — but it’s nothing like the earlier Bulli Microbus concept that many had hoped would make it into production.

Called the BUDD-e, its appearance is modern, with overtones of several box-on-wheels models. But it’s not the look that makes the BUDD-e important. It’s the technology it showcases, which includes a new architecture dedicated exclusively to EVs with scalable underfloor battery packaging.

The BUDD-e also incorporates VW’s gesture-control technology and screens everywhere, doing away completely with switches and buttons. It’s more like a mobile lounge than a vehicle — which may well be the way of the future. 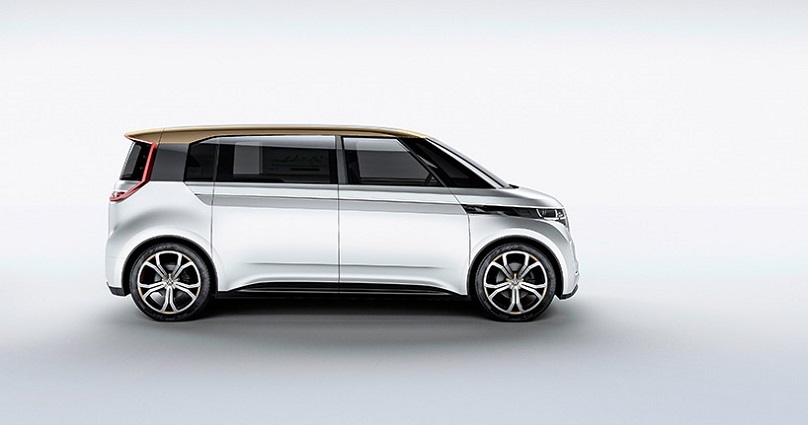 Toyota’s hydrogen-powered FCV Plus fuel-cell concept, which made its debut at the 2015 Tokyo Motor Show, was one of several futuristic vehicles on Toyota’s stand, illustrating the company’s belief in and commitment to a fuel-cell future.

The company also discussed its billion-dollar investment in the Toyota Research Institute in conjunction with Stanford University and the Massachusetts Institute of Technology. Its purpose is to advance artificial intelligence to help cars communicate with and learn from each other. A display of scale-model Prius vehicles automatically avoiding each other illustrated the concept.

On the subject of autonomous cars, a Toyota spokesman cautioned that, although the industry has made great strides, today’s technologies can only handle certain speed ranges, certain weather conditions, certain street complexities, or certain traffic conditions. There’s still a long way to go. 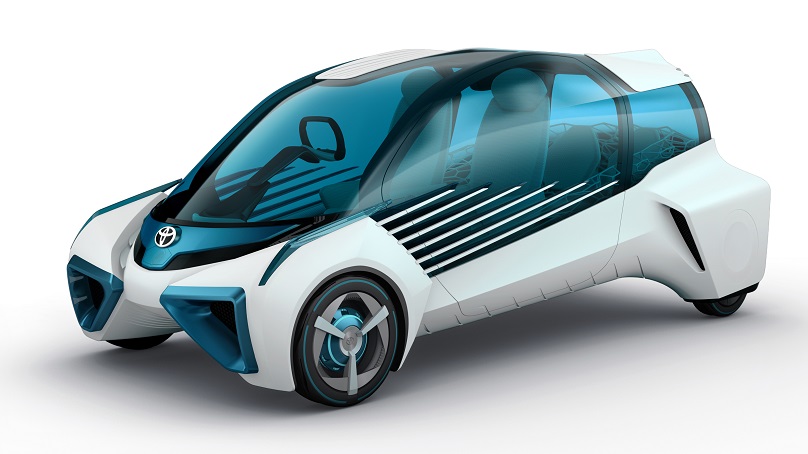 Ford chairman and CEO Mark Fields revealed a broad range of the company’s activities in advanced mobility technologies, including tripling its fleet of Fusion Hybrid autonomous research vehicles and accelerating the development and testing of its virtual driver software in both urban and suburban environments.

A major breakthrough is a reduction in the size of the rooftop Lidar sensors that have identified Ford’s autonomous test vehicles. The new gadgets are about twice the size of a hockey puck. Supplier Velodyne’s new Solid-State Hybrid Ultra PUCK Auto sensor will provide the data required for precision mapping of the surrounding environment, accommodating a broader range of driving scenarios

Among Ford’s more interesting projects is one that uses Ford F-150 pickups as bases and communication centres for drones used to survey emergency zones.