It’s been a year of opportunity for 24-year-old model and actress Ashley Diana Morris. “Discovered” by photographer Odette Sugerman at a country music concert in Vancouver, she has gone on to become the 2013 Guess model for its bikini and lingerie lines. With a background in journalism, she also studied English and theatre at the University of Toronto and starred in “The Best Years” on Global TV, the Scarborough native just completed a shoot for Maxim Magazine’s December issue and is busy enjoying her new gig as CMT’s Western correspondent. 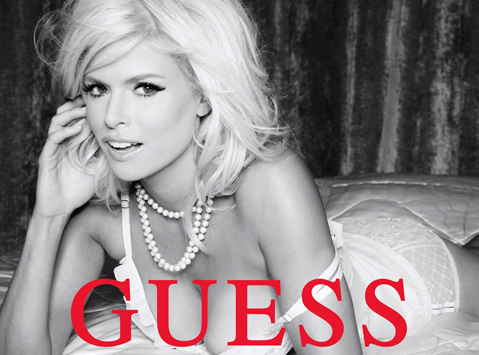 Morris, who is engaged to be married, now lives in Vancouver and drives a black 2006 Range Rover Sport.

What do you love about your SUV?:

I like it because it?s safe and I love how I feel when I drive it; it?s a fun car.

I do like being higher up.? It feels much safer than the two-door Chevy Cobalt I used to own.

What doesn?t work for you?

It?s not great on gas although there?s worse out there. I don?t take it on long, long trips.? If I go anywhere far I?m usually flying, so it?s more just city and area driving, and I walk a lot too ? but it?s not fun filling it up. I remember with my Cobalt I used to be able to put $25 of gas in it and it was full. This thing takes about $100 bucks to fill up. It?s ridiculous.

What modifications have you made, or plan to make?

No major plans for the future. We?re actually thinking of trading it in and getting a newer model and I think we?re going to get a white one.

This past summer we put on different wheels.? My fianc? says it gives it a little gangsta vibe ? it was his idea not mine. So it stands out a little in the summer (but) we get pulled over more.

It?s funny, I never had those backing-up beepers before and they?ve absolutely saved my life.? It is a really big car to park, to drive and to maneuver. I live right in downtown Vancouver and sometimes it can feel a little hard to get around in the sense of parking and underground parking.? But the beepers have saved me: I love them and completely rely on them.? If you put me in a car right now that didn?t have beepers, I would be a little worried. Most amazing thing ever invented.

I?m a bit of an anxious driver, I think most people would say.? I?m stop-go, stop-go. I?m bad on the brakes.? I?m one of those people who like to sit up and have two hands on the wheel, especially with the rain here.? I drove the other night coming in from the suburbs and it was raining and dark; not a huge fan of driving in bad (weather) conditions.

I like it out here in Vancouver because there aren?t really any major highways and downtown traffic isn?t very fast.? Every time I come home to Toronto and I?m driving on the 401 or the DVP, or coming from the airport, I?m like ?Oh, I don?t miss this at all, all these crazy drivers!’

What are you listening to in your car right now? 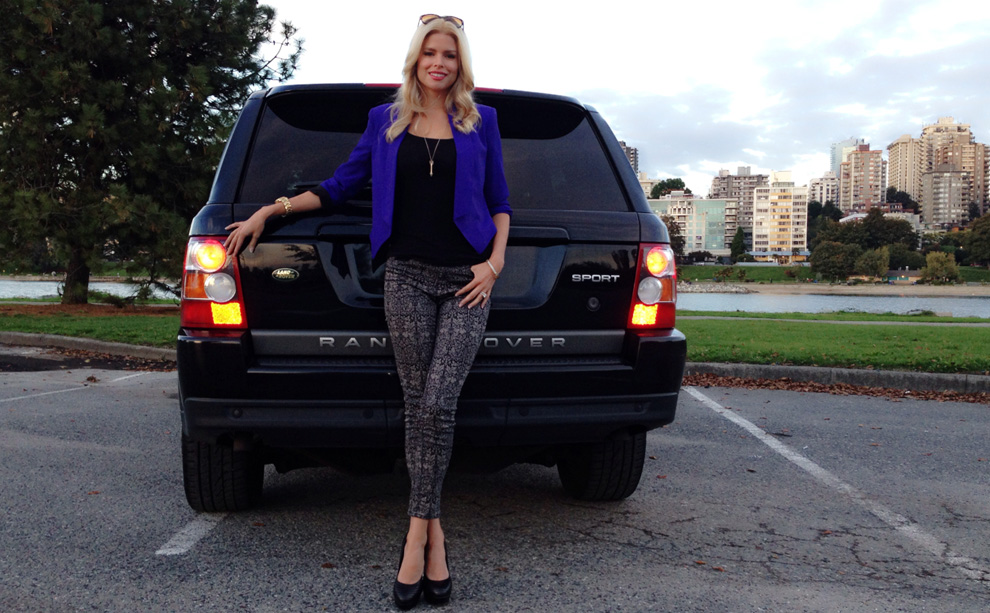 What’s in your trunk right now?

There?s a garbage bag in there filled with clothes that I?m supposed to give away, which I have yet to do.? And then there’s a broken hockey stick in there (laughing): yeah, our truck is a disaster. There are some CDs and water bottles floating around too.? It needs to be cleaned out.

I like white. Plain white.? It looks classy and elegant.

Most amazing car you?ve ever driven or been in?

A Lamborghini ? it was amazing.? It was a friend’s and it was a pretty cool experience.? I think it was the Diablo.? That was a while ago.? A few of my friends have some older-type sports cars and I find they?re so low. They?re beautiful cars, I probably don?t appreciate them like some people do, but you get into it and it?s so low to the ground and awkward. It doesn?t feel safe ? it goes too fast and getting in and out of them is a chore.

A pickup truck. I love Chevrolet pickup trucks, they?re some of my favourites.? Growing up, I always wanted a pickup truck and I still want one even though it makes no sense, really, for here. Maybe if I get a house or I?m out in the country it will make more sense, but I just think they?re the sexiest thing in the world.? I heard that if you have a pickup truck, everyone calls you because they want to use it, but that?s the only downside.