Crossan was named the winner of a search throughout Canada by the Infiniti Engineering Academy to find the brightest young minds in the country.

MONTREAL, PQ: In Formula One, the designation “P1” means you are in first place – the winner of a intense battle that takes everything you’ve got in order to triumph.

For Matthew Crossan, a Western University engineering student, P1 meant being ultimately selected to go to Europe and work inside the Infiniti and Renault Formula One design offices on a year’s placement.

He was named the winner of a search throughout Canada by the Infiniti Engineering Academy to find the brightest young minds in the country, that started with 341 applications from students across the country. 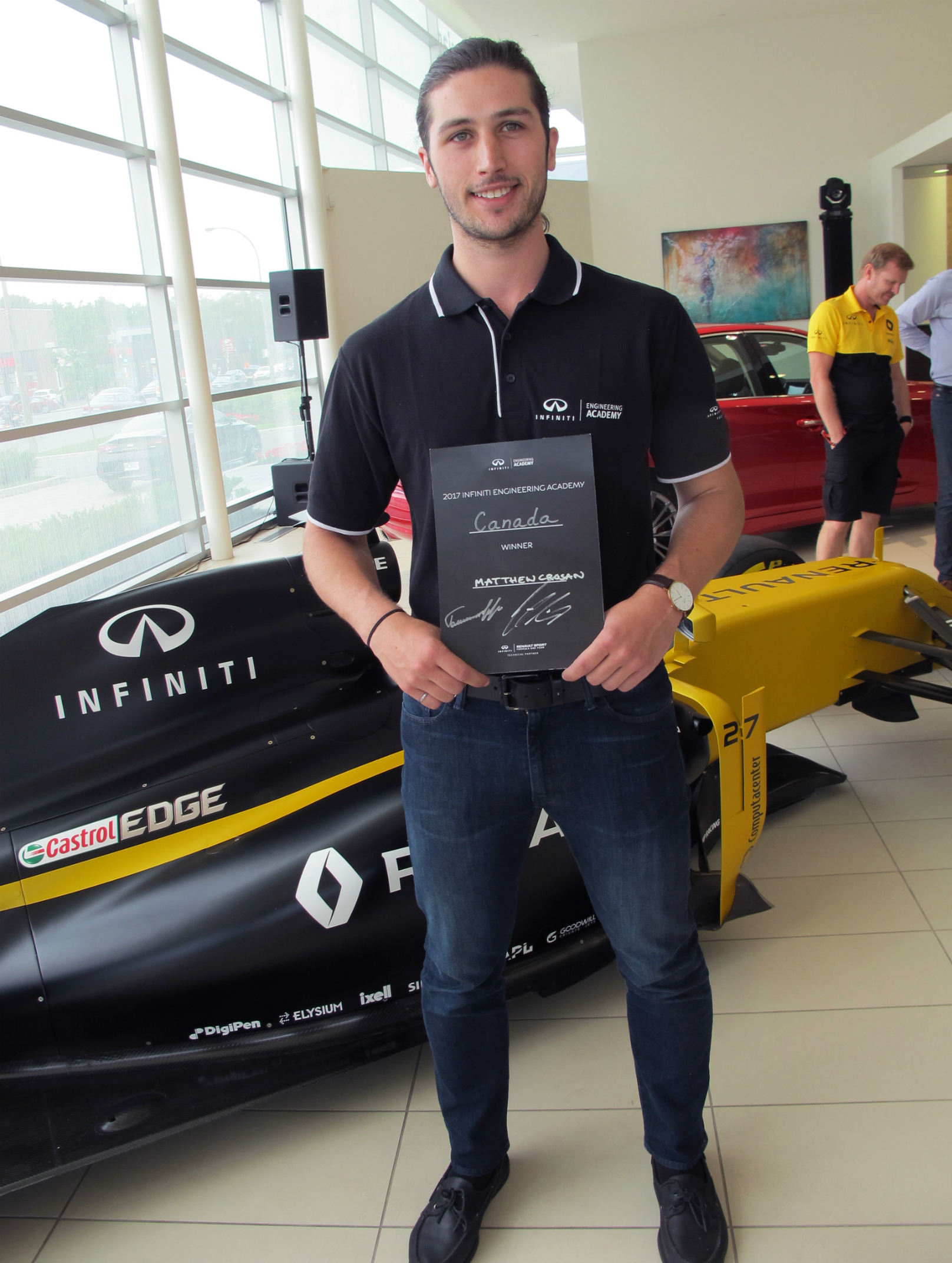 The Infiniti Engineering Academy is a one-of-a-kind global hunt and results in seven placements with one winner chosen each from Asia-Pacific, Canada, China, Europe (including Russia), Mexico, United Arab Emirates and US, to work with Infiniti and Renault Sport Formula One Team.

The competition drew more than 12,000 entries from 41 countries.

On June 8 it all came down to 10 finalists, who had a day of challenges put before them as expert judges watched the performance and progress of each student.

One exercise involved splitting the 10 into two teams of five and handing each team a bag of parts and being told to build a battery-powered model racecar from scratch.

That was followed by a best three out of five drag race on the service bay floor of Montreal dealer, Luciani Infiniti, which hosted the event.

Lastly, the 10 students faced a panel of Canadian automotive writer experts, with each student being grilled on a variety of subjects.

In the end, Crossan, who is a Masters of Engineering Science student with a specialty in composite materials at Western, was declared the winner. 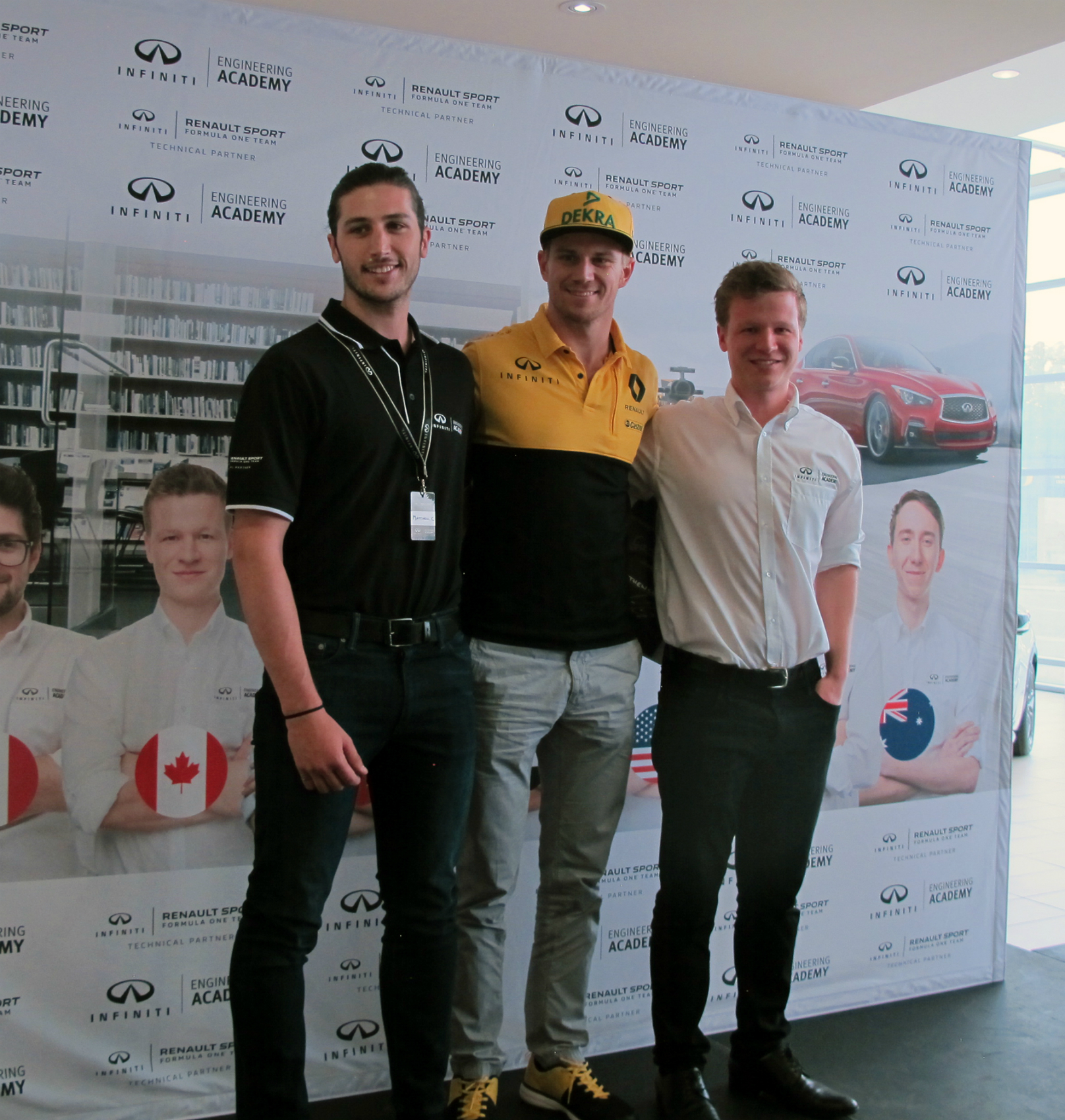 “When my name was announced, I couldn’t believe it,” said Crossan, 23, who hails from the north end of London.

“I met nine other very capable and strong candidates in the final, who were all deserving of the opportunity, so I feel very fortunate to be selected as the winner.

“I can’t wait to get started and I will give it my all to prove I am a winner worthy of this amazing opportunity.”

He will play a key role in the ongoing transfer of technical knowledge and expertise between Renault Sport Formula One Team and Infiniti.

Also on hand at the ceremony was Stephen Lester, managing director, Infiniti Canada who said, “programs like the Infiniti Engineering Academy help us realize that vision, and I am honoured to participate again this year, as a judge for the Canadian final”.

As for Lamy, a Renault team official noted that Lamy had exceeded all expectations and could “be an engineer on any team he choses”.