Buffalo Baseball and Wings a Perfect Rite of Spring

Take me out to the ball game.

Spring has only truly arrived once we’ve been to Buffalo.

This annual road trip has become an essential tradition for my family and the friends who join us. It marks an official declaration of the end of another long winter, and it usually provides the first chance to get some sun on our shoulders.

Most of all, it kicks off one of the most wonderful times of the year: Canadian road trip season.

Each year, we pick a spring Sunday, load a car up to the hilt – this year, it was a 2018 Acura MDX – and steer southward toward the Peace Bridge and the City of Good Neighbors.

If you love baseball, you’ll find a Buffalo Bisons game to be the purest expression of everything that makes the sport great.

Coca-Cola Field is a quick three-exit drive south from the border along I-190. There’s plenty of parking within a block of the ballpark, and once you’re inside you’ll find there’s not a bad seat in the house. 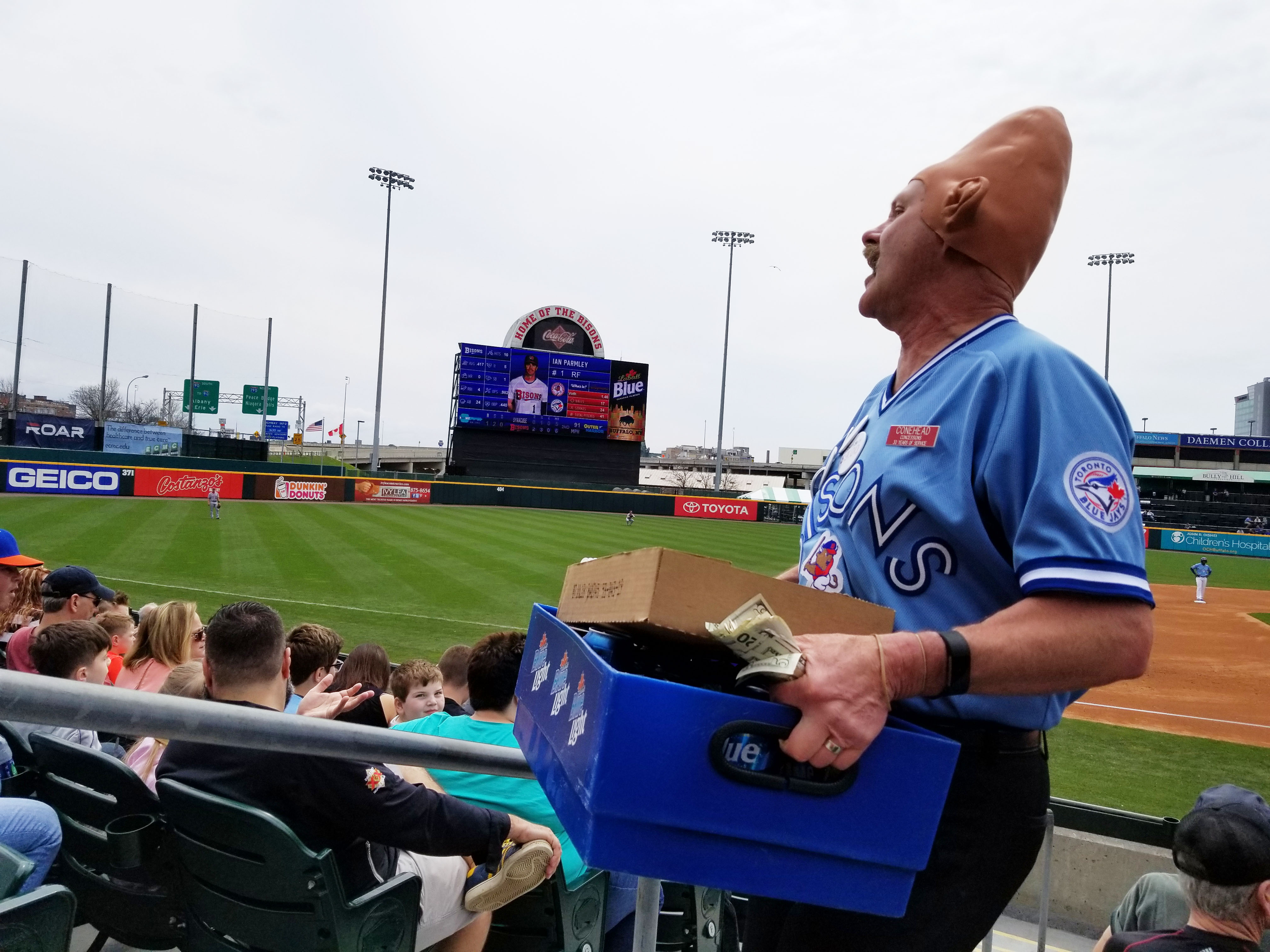 Tickets are very reasonably priced, and in the spring the club often runs promotions that allow Canadians to buy them at par. For our six seats about ten rows up from third base, we paid less than $100.

And it’s not as though we’re going to see nobodies play. The Bisons are the AAA affiliate club for the Toronto Blue Jays, so it’s entirely possible we could be watching the next big Jays stars before they hit the big time.

There’s a wonderful, quirky consistency that makes this tradition joyful year after year: the Buffalo standard beef on weck sandwich with heaps of horseradish; the bizarre yet charming chicken wing and celery mascots running around on the field; Conehead the concession hawker, who’s been on the job for 30 years.

Our children love running down to the dugout each inning for a shot at catching a ball that a player tosses over the fence – two of our three kids caught one this year, which demonstrates how good the odds are – and they love getting to stuff their faces with ballpark food like hot dogs, popcorn, peanuts, cotton candy, and ice cream.

And, of course, no visit to Buffalo would be complete without a giant plate of chicken wings at the original Anchor Bar. 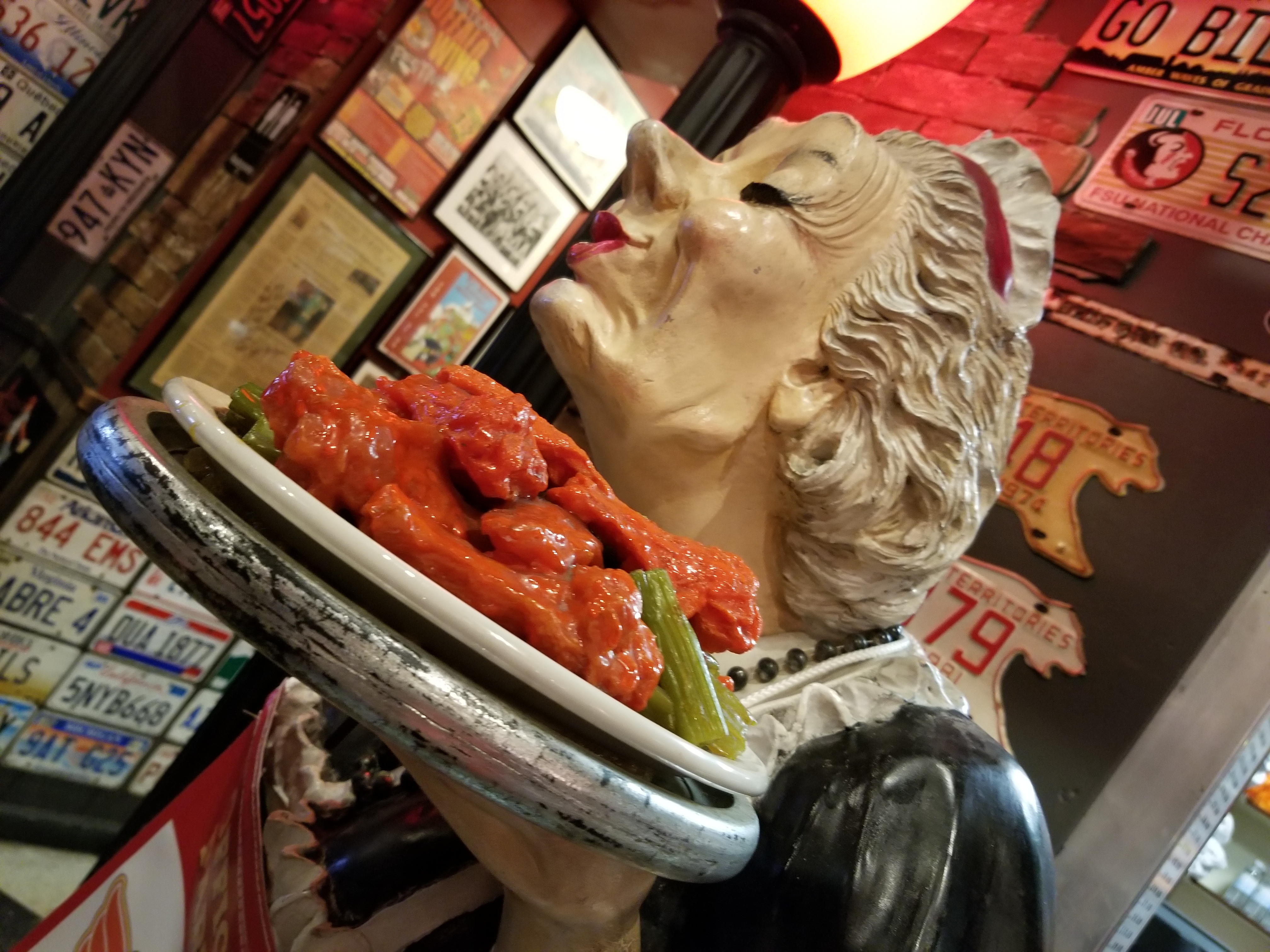 This is the home of the venerated Buffalo wing, which the restaurant says was first created in the kitchen right there on Main Street in 1964 when the mom half of Anchor Bar’s mom-and-pop operation, Teressa Bellissimo, decided that a particular batch of chicken wings was too good for the stock pot and threw it into the fryer instead.

The rest is history, as they say, and today Anchor Bar still makes wings in the very same style, available mild (which is really just plain), medium, hot, and suicidal, among other flavour variations. (We stick with medium, for which I’ll definitely blame the kids and not my painfully British palate.) There’s a white pizza on the menu that our friends enjoy – it comes slathered in tomatoes, onions, and gobs of stretchy cheese.

It also happens to be a very cool destination for car and motorcycle buffs, with rare and classic bikes and licence plates from around the world adorning the walls.

We did all of this – and snuck in a little shopping at Trader Joe’s and Tops, which never stops saving you more! – for less than the price of the tickets alone to get equivalent seats at the Rogers Centre for a Jays game, and that includes the $70 in gas we spent to get there and back.

That’s an awfully good deal for a day that leaves us with tanned noses, great memories, and another spring properly under way. 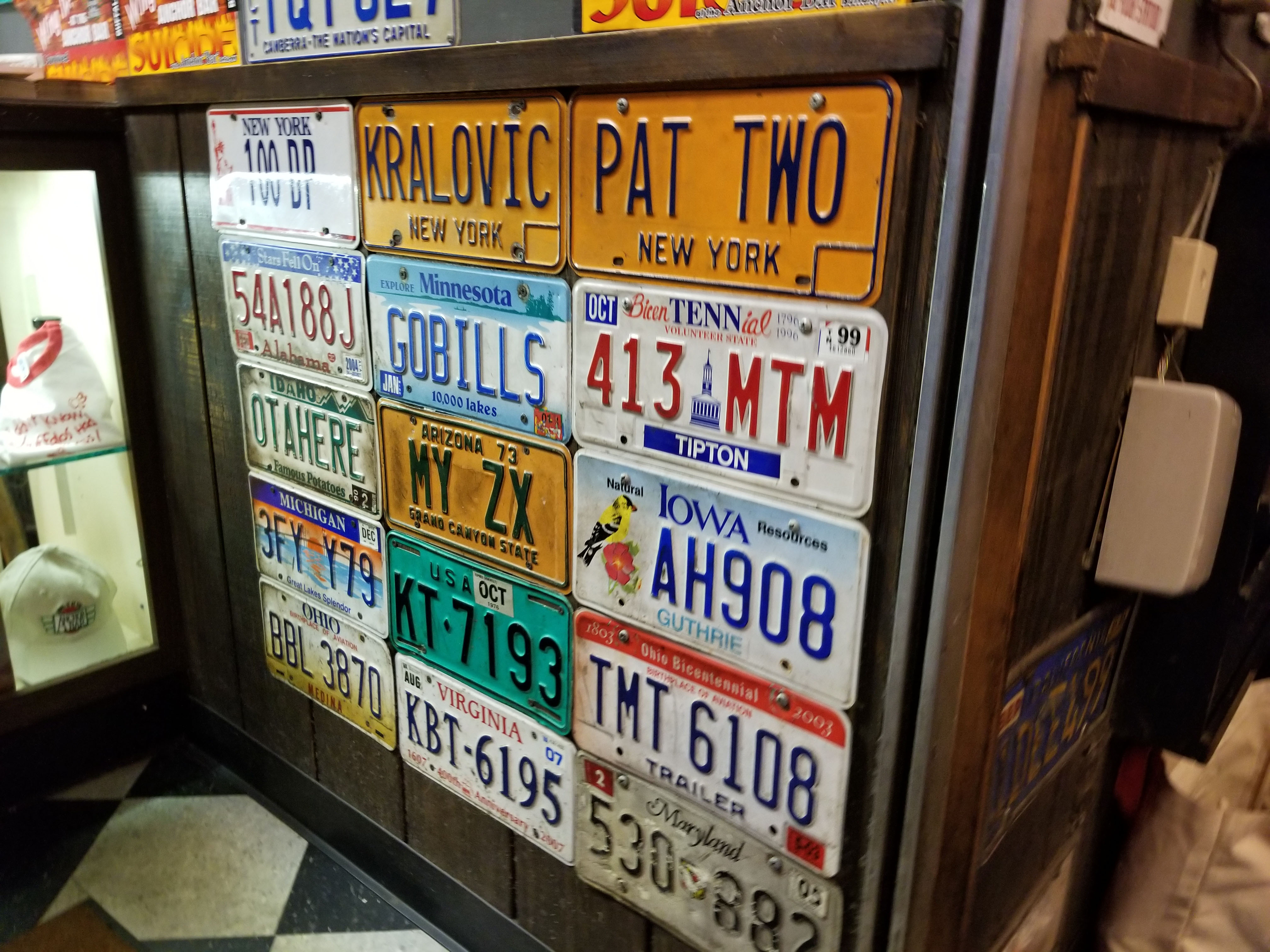 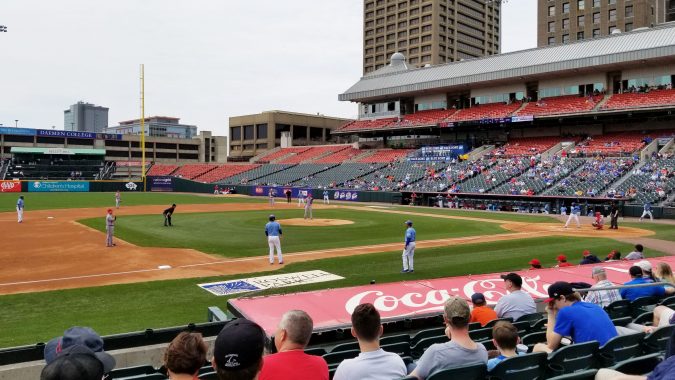 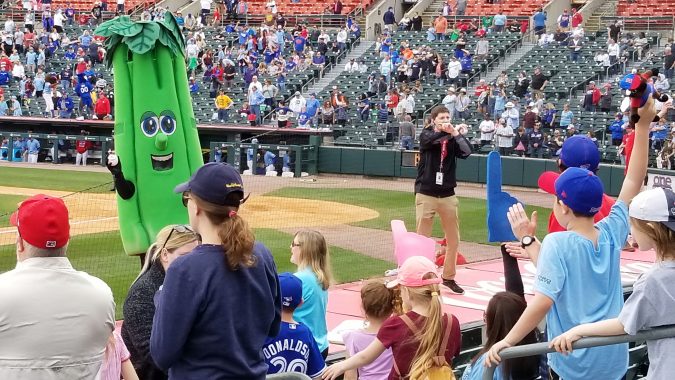 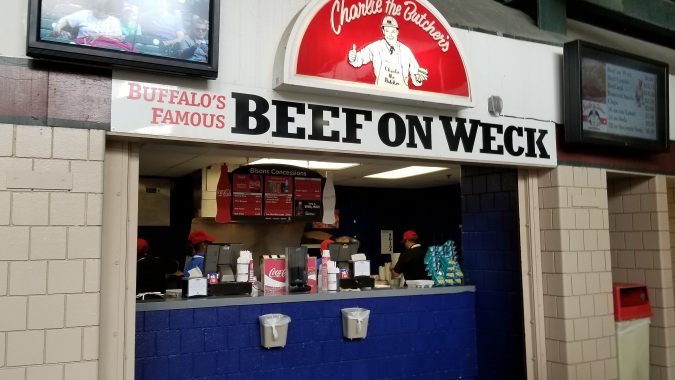 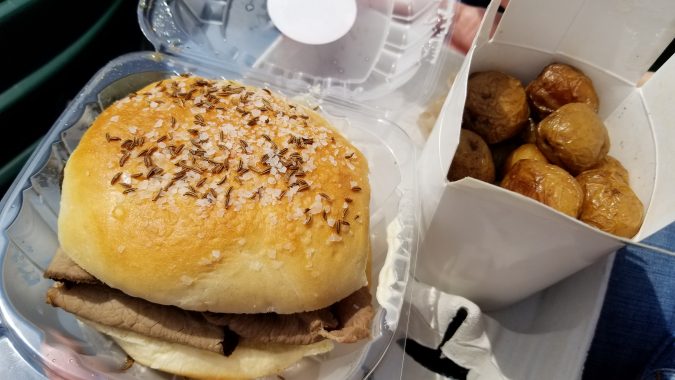 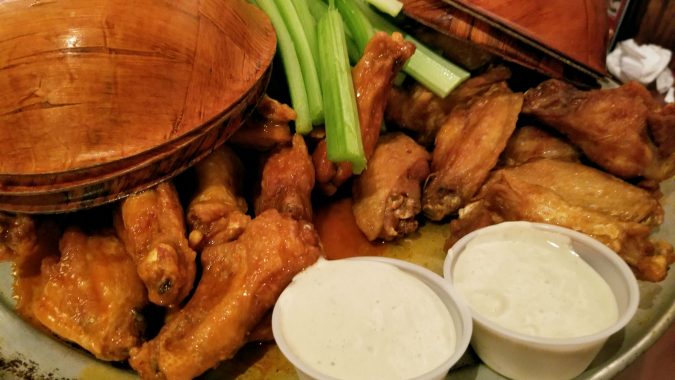 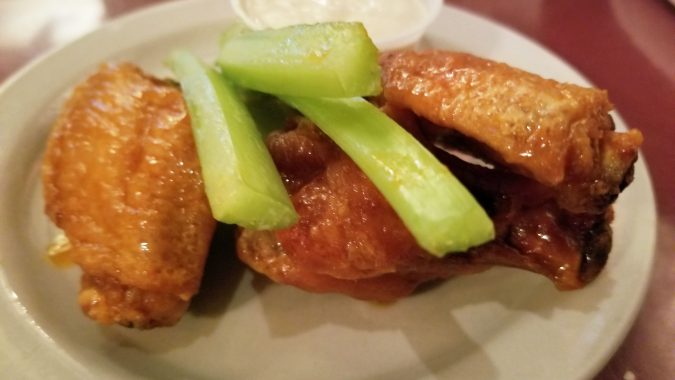 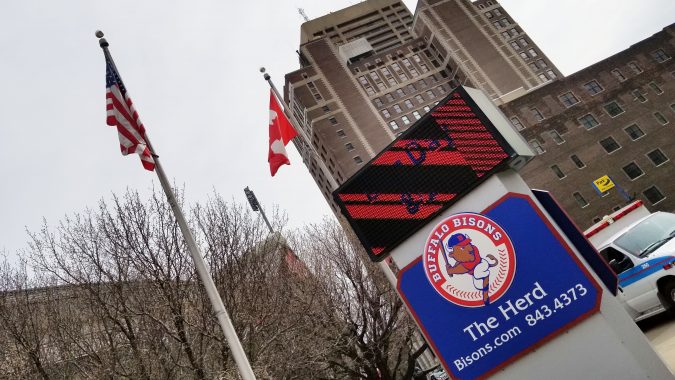 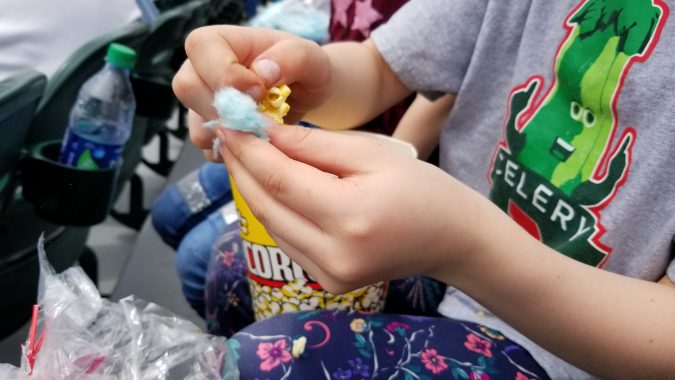 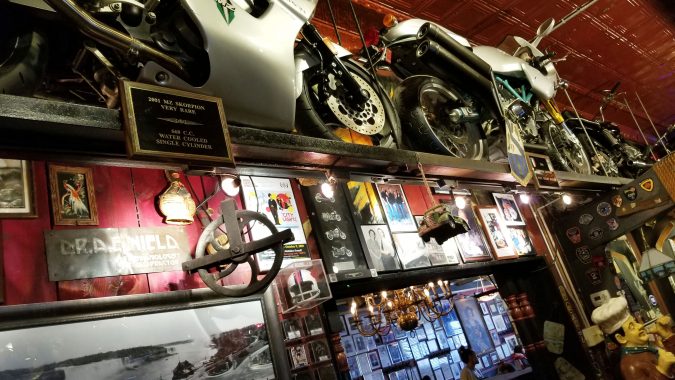 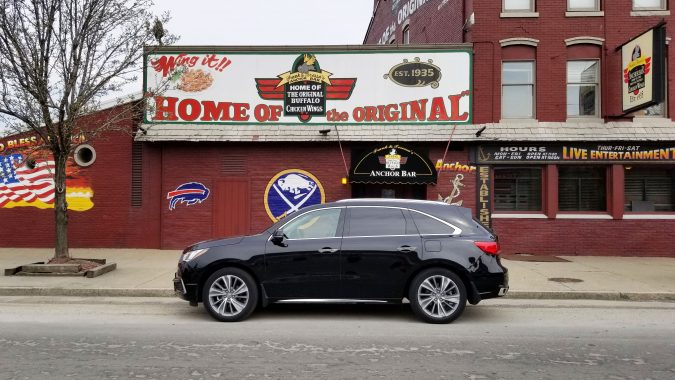