CTMP considered one of the most challenging in the world

Early in July, back when the IMSA WeatherTech SportsCar Championship was running at Canadian Tire Motorsport Park (CTMP), a few of us sat down with F1, NASCAR and IndyCar star Juan Pablo Montoya, who was driving an Acura for Penske Racing and had never before been to the legendary circuit north of Bowmanville, to find out what he thought about it.

Here is a transcript of his remarks: “This place will scare the hell out of you. When we did the track walk yesterday, every corner is blind, every corner is fifth gear, sixth gear. It’s like, ‘Are you kidding me?’

“Honestly, those first few laps (at speed, in the Acura) were … I would call them very interesting. Like every time you go into Turn 1, you’re going flat out and you go over that crest (at Turn 2) and you go, ‘Oooohh … just a small lift.’ ”

So late last week I was chatting with Scott Goodyear, the veteran Canadian racer (11-time Indianapolis 500 starter, 24 Hours of Le Mans, Rothmans Porsche Turbo Cup, etc.) and I told him what Montoya had said about Old Mosport.

Goodyear, who will be at CTMP on Monday — the Civic Holiday — for the Celebration of Speed in support of the Canadian Motorsport Hall of Fame (more about that in a moment), and who has been known to say that the Bowmanville track and the one called Le Circuit-Mont Tremblant outside St. Jovitte, Que., are two of the most challenging race tracks in the world, was taken aback by what I’d just told him. 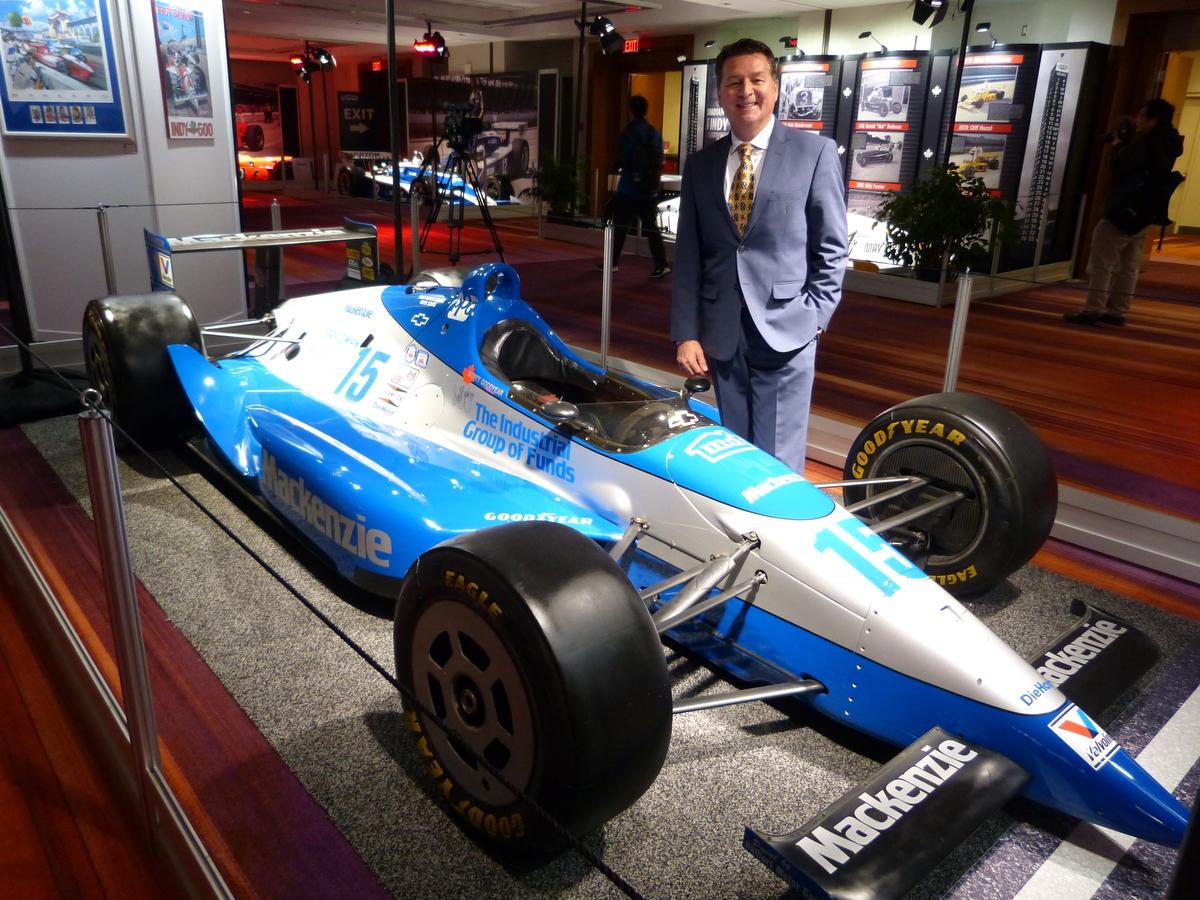 In a display at the 2016 Canadian International AutoShow, racing driver Scott Goodyear stands beside the car that nearly won him the 1992 Indianapolis 500.

“Do you know what you’re saying?” he asked. “Look, Juan Montoya is fearless. He is known for that. Montoya has the back end of the car step out on him at Indianapolis at 230 miles an hour and he doesn’t lift and so, for him to say that Mosport scares him?

OK, so let me tell you about the Celebration of Speed at CTMP, to which each and every one of you reading this column is invited. There is no admission to attend — hey, it’s the Civic Holiday Monday, so bring the family — but if you want to ride around Mosport, at speed, with Goodyear; or former Canadian Driving Champion Ludwig Heimrath Sr; or Ultra 94 Porsche GT3 Cup Challenge Canada racer Zachary Robichon or one of about 40 other racing drivers who have volunteered their time, you will have to purchase a ticket.

Now, you can do this online right now at cmhf.ca, or you can just show up at Mosport on Monday and buy tickets there. What a treat for your kids or your grandchildren. I guarantee that a lap around Mosport at about 100 miles per hour will be better than any amusement park ride.

And if you want to drive the family SUV around the track yourself, you can buy a ticket to do that too — although rest assured that they won’t just be turning people loose out there: you’ll be able to drive fast, but not that fast, if you get my drift. This is planned to be a fun day for people who don’t normally get to go around a race track but would love the opportunity and so there will be safeguards in place to ensure that everybody has a good and safe — with the emphasis on “safe” — time.

Goodyear said he’s excited at the prospect of taking people for a quick spin on Monday — and particularly people who have perhaps attended races at CTMP but have never had the opportunity to go around it in a car.

“First and foremost, when they get out on the circuit, the big thing is going to be the elevation changes. Yes, they’ve watched cars going up and over hills but it’s something completely different when you’re experiencing it. They’ll be sitting in cars six inches off the ground — Pfaff, for instance, is taking three of their super cars out to CTMP for the day: the Porsche GT3, their street McLaren and the MC12 GT McLaren race car — and they’ll quickly realize they’re not being driven around in vans.

“Jackie Stewart wrote in his book that Turns 2 and 4 at Mosport were two of the most difficult he’d ever encountered. So we roar out of pit lane and we really put our foot on the gas and the first turn you come up to (because we’ve bypassed Turn 1) is Turn 2. I love the fact that people are sitting in the car and all they know is that it’s a hill and it’s downhill and they’ve never experienced it before and, as race drivers, we’re not slowing down all that much.

“If they still have their stomach and they haven’t screamed, they realize just how thrilling the track is and it continues when you get to Turn 4. The Andretti Straightaway is thrilling but the real satisfaction is knowing where to place the car so that when you come up underneath the bridge and go into Turn 8 at speed, you know you’re set up perfectly for Turns 9 and 10.

“The real thrill of Mosport is all the way around — Turn 2, Turn 4 and the speed coming up the backstretch and making sure you have the sequence correct for 8, 9 and 10 and, of course, Turn 1 is then a blind, downhill right-hand …

“Look. There’s not a place anywhere on the track that is not a thrill and a challenge to drive.”

It is so delightful to listen to a guy like Goodyear boast — and there’s no other word for it — about his home track and the one next door in Quebec. To illustrate how he feels about CTMP, he reminisced about auditioning for the Audi World Endurance Championship team in 1988 at Hockenheim, Germany, scene of the recent German Grand Prix. 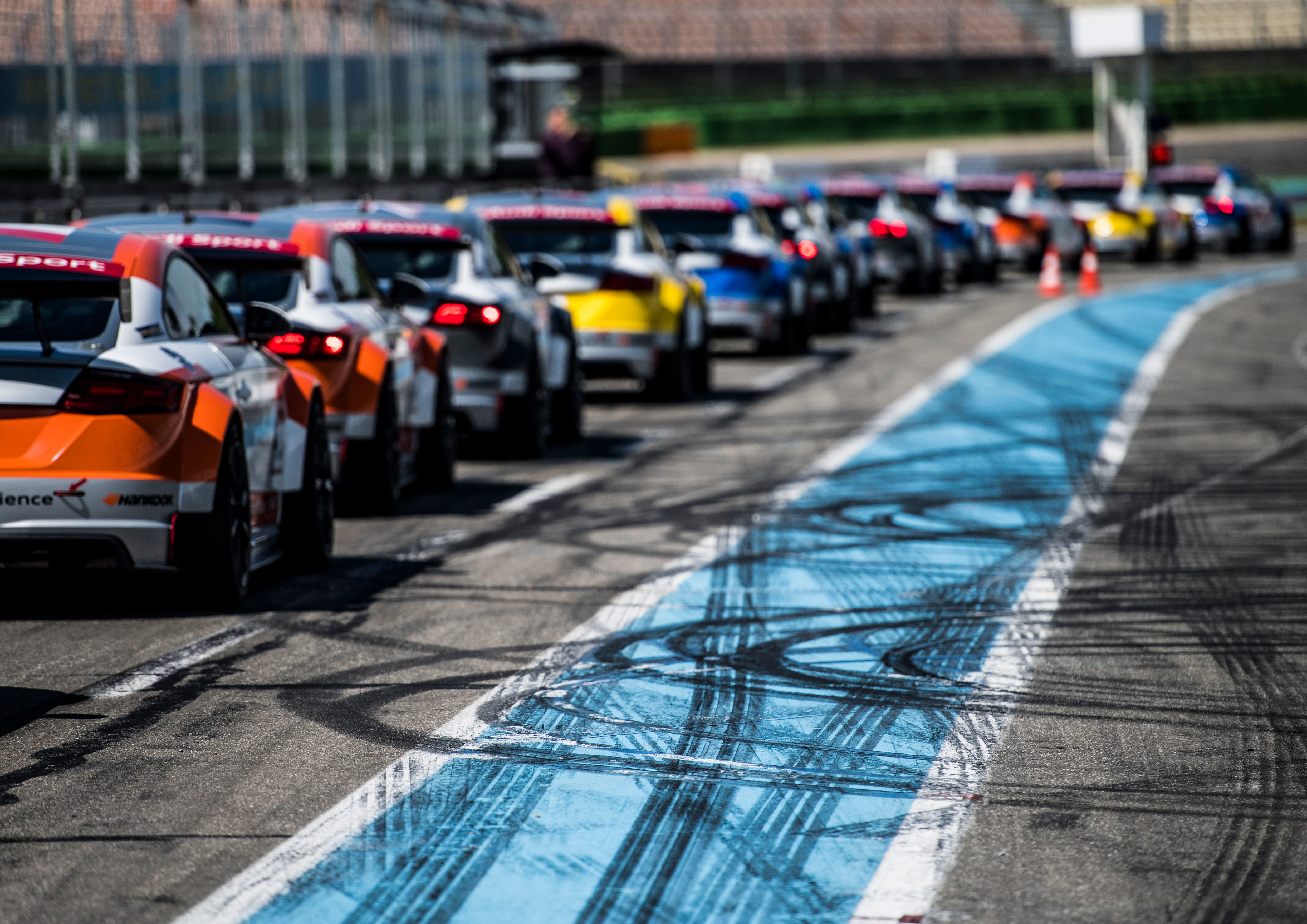 “So I got there and I got picked up and was taken to a hotel near the track for the night. At breakfast the next morning, I was sitting with an Audi official and he mentioned they had a test driver coming to evaluate me.

“I look over at the door and who’s coming in but (German F1 driver and sports car champion) Hans Stuck. Everybody in the restaurant goes, ‘Oh my gosh,’ and the guy from the Audi factory looks at me and says, ‘This is the test driver you’ll be on the track with today.’ And I go, ‘Oh my God.’ I’d never met Stuck before but I’d grown up with a picture of him on my wall.

“I had 10 laps to get to know the circuit (there were no simulators or video games in those days; Goodyear had watched some old racing films to try to get an idea of what the track was like), I had another 10 laps to set up the car to my liking for the test and the last 10 laps were running with Stuck on the track.

“I don’t know if I was supposed to or not, but I went out behind him but I started passing him and we went back and forth for those 10 laps and we got out of the cars in pit lane and he comes up to me and he says, ‘Scotty, you’re very fast.’ Then they told me to go into the motorhome and wait.

“Ten minutes later, Stuck walks in and he says, ‘Scotty, welcome to the team.’ That’s how fast it happened and I thought about that when I was watching the Grand Prix.”

He was thinking about something else, as well.

“And I got there and I went around the place and I thought, ‘OK, what’s the big deal? It’s not Mosport.’ ” 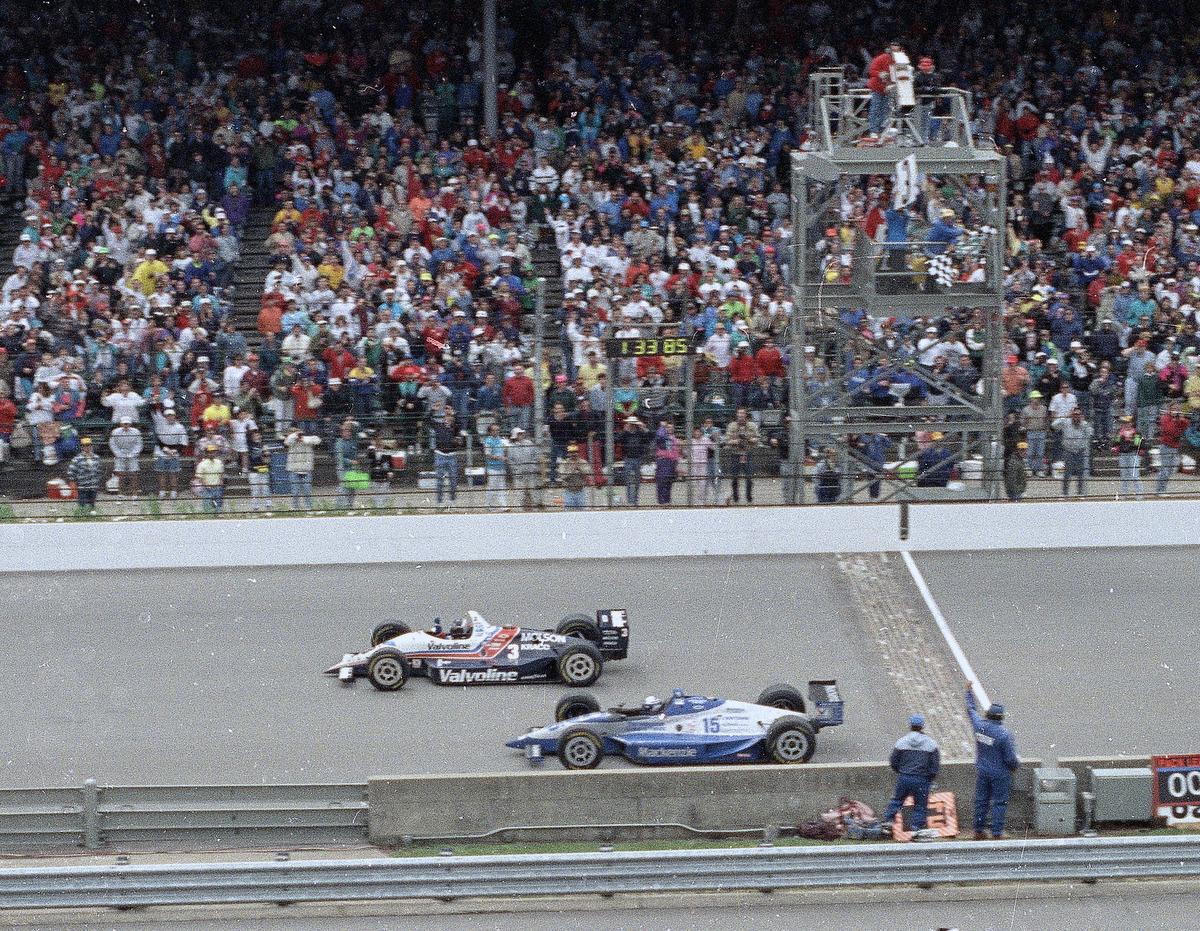 In what is still the closest finish in the century-plus history of the Indianapolis 500, Al Unser Jr. edged Canadian Scott Goodyear in 1992 by 0.043 seconds.