BMW Adds X3 M and X4 M, Plus Competition Versions of Both

Powered by a new six-cylinder in-line engine with superlative performance.

BMW is going M-out. M all the things, as it were. The latest big M-otor M models are a pair of crossovers. The X3 and X4 are both getting M-variants. And even M-ore than that, there will be an X3 M Competition and an X4 M Competition with more than 500 hp.

The power comes from a 3.0L straight six. BMW calls it the most powerful straight-six to ever be put in an M car. Thanks to some help from a pair of turbos, it makes 480 hp with 442 lb-ft of torque. Step up to the Competition versions and that figure hits 510 hp. The exhaust uses four tailpipes and electronically controlled valves to help the crossovers make the right noises and breathe out from all that power.

Helping make sure that power gets to all four wheels is an eight-speed M Steptronic gearbox. It’s tuned for quick shifts or gives you a manual mode to do it yourself. It uses the M xDrive all-wheel drive system that debuted in the M5 last year. It gives the Xs a rear-biased setup and comes with two AWD drive modes as well as an Active M limited-slip rear differential. BMW’s U.S. press release says that those drive modes will include ways to send more power to the just the rear axle, and hints around the rear-only drift mode that the M5 enjoys. We’re still waiting for full Canadian details.

The driveline means enough power and grip to move the crossover from 0-100 km/h in 4.2 seconds. Chop a tenth off of that for the Competition versions. Top speed will be electronically limited to 251 km/h, but an optional package can boost that as high as 286 km/h. 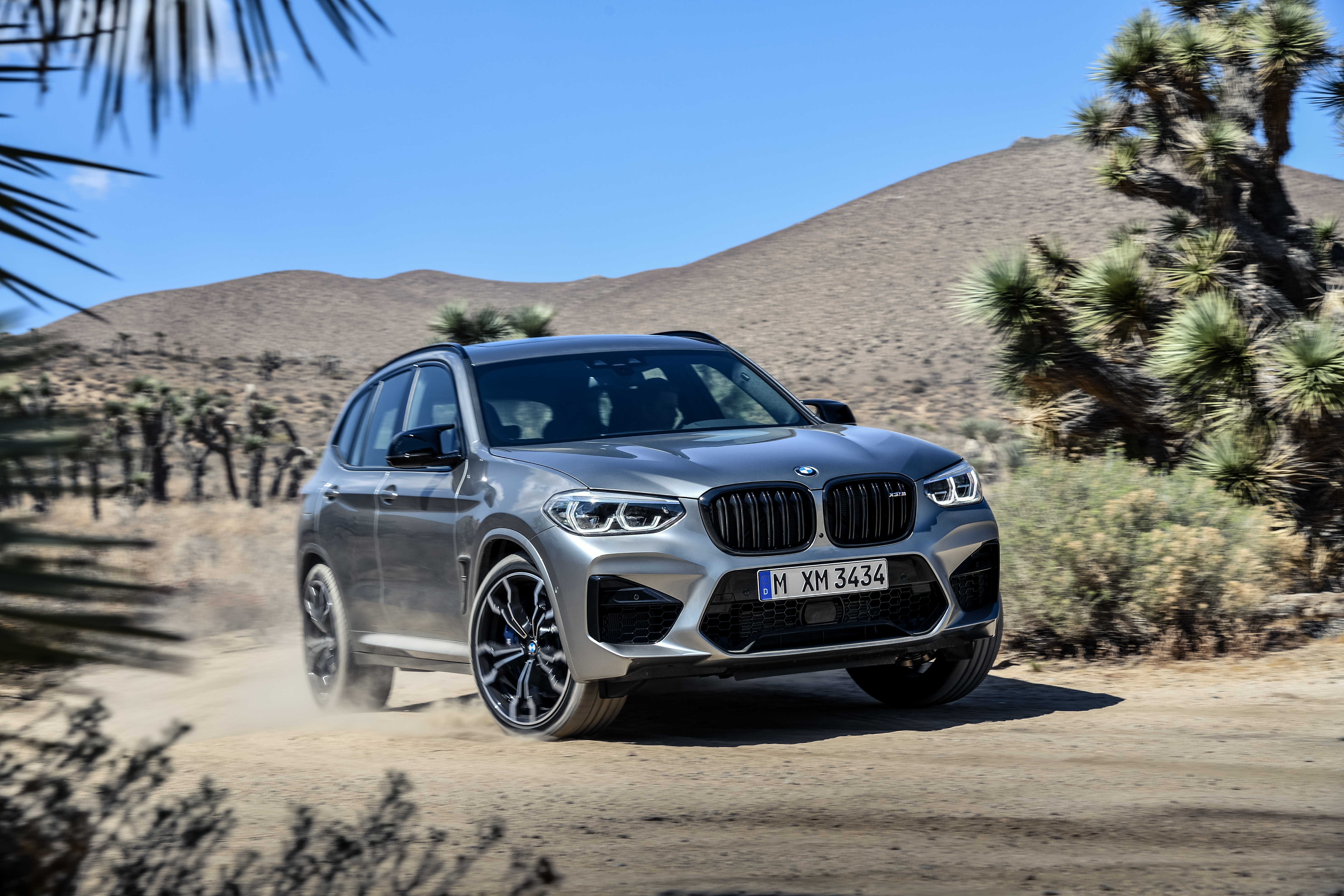 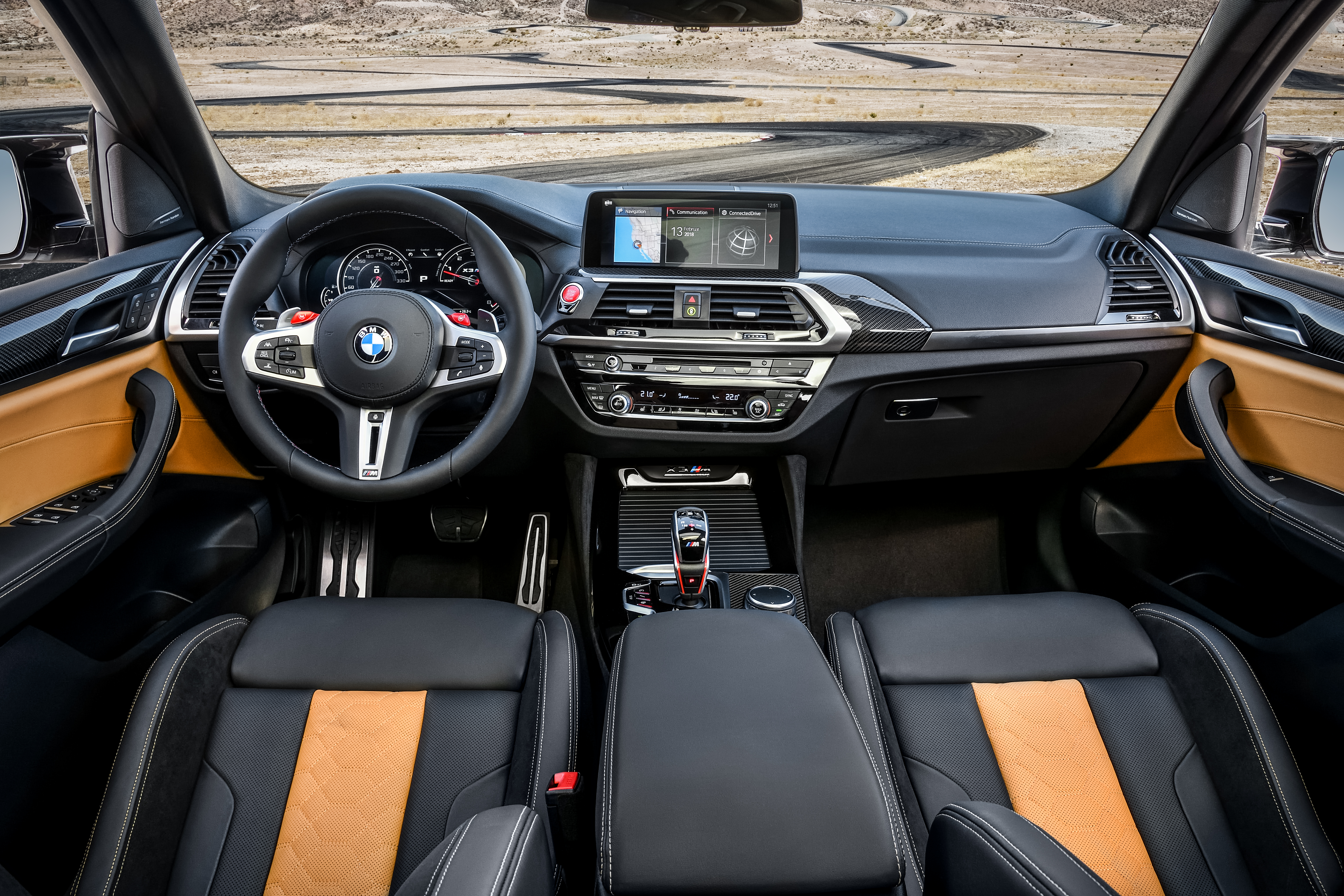 That much speed and power requires some suspension changes too. So the X3 M and X4 M get a new M-specific suspension with electronically controlled adaptive dampers. The stability control can be dialled back to allow more slip or be completely shut off. There is an M-specific variable-ratio steering rack, and M compound brakes hiding under the 20-inch alloy wheels.

Inside, driver and passenger will find sports seats with Vernasca leather, an M steering wheel and gearshift and other M-specific cabin details. Competition models get special bi-colour leather with Alcantara.

Outside, there are gloss-black surrounds for the BMW kidney grilles on the Competition version, along with different mirror caps, a rear spoiler for X4, and 21-inch alloys.

Expect production to start this spring, and for the newest M’s to arrive, well, sometime after that. 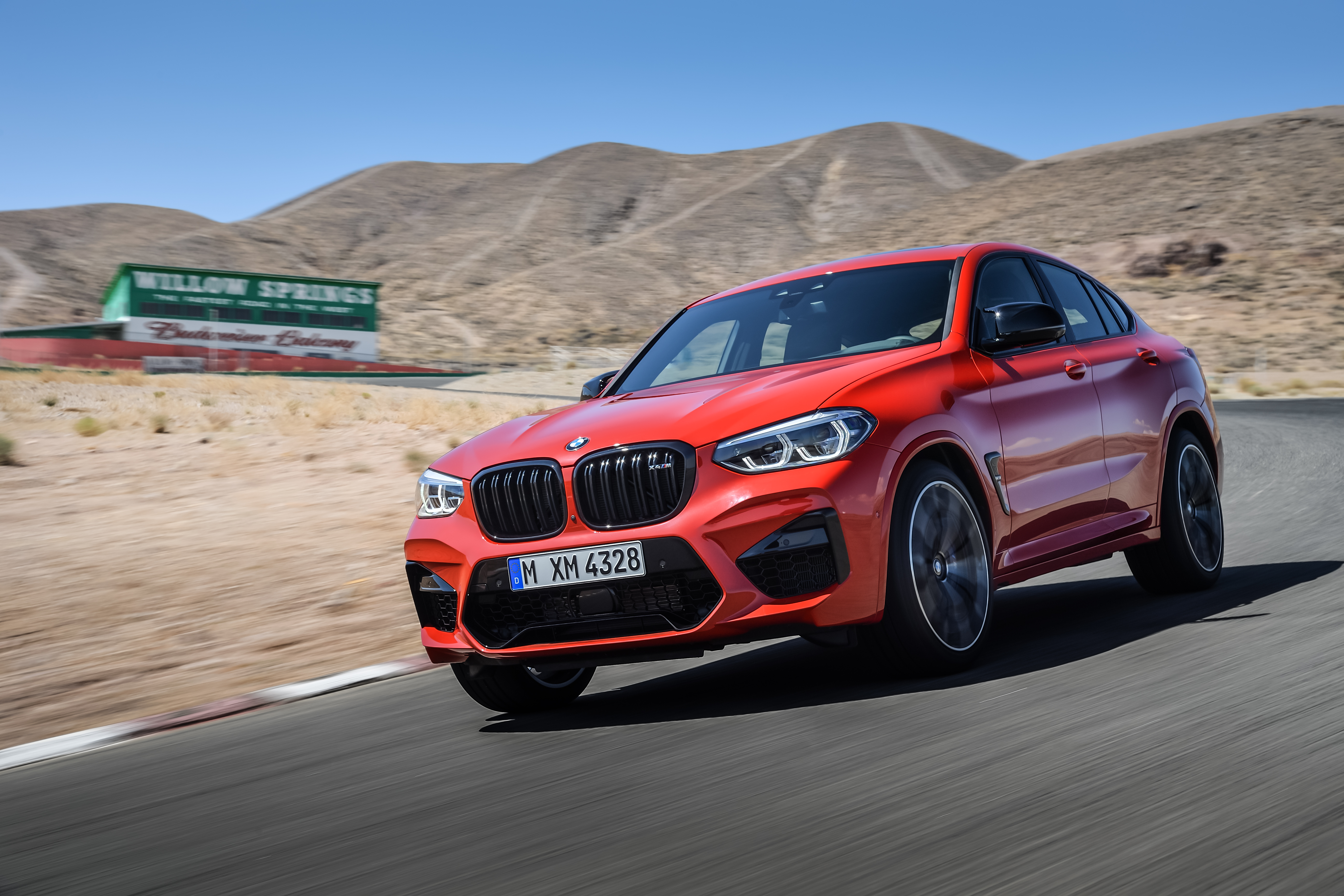 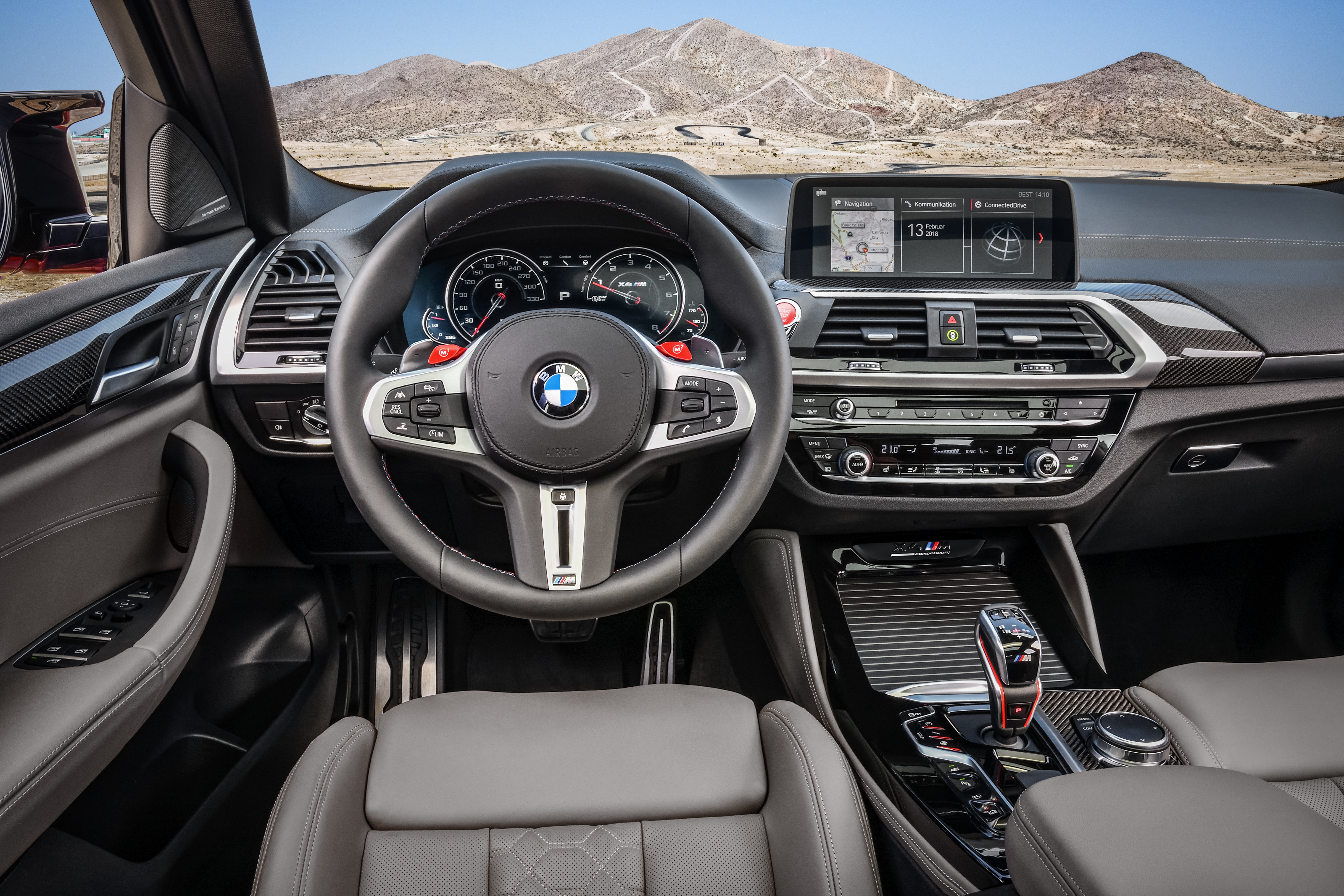 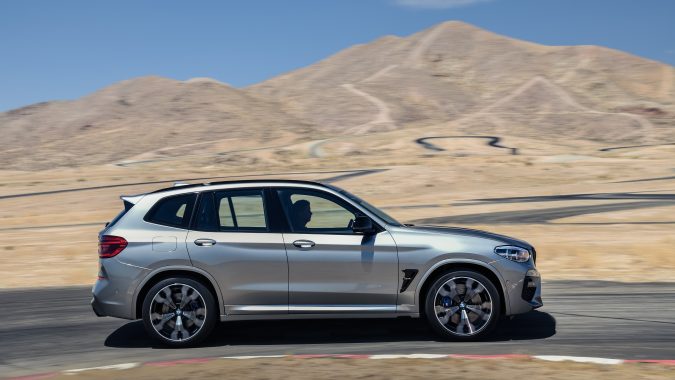 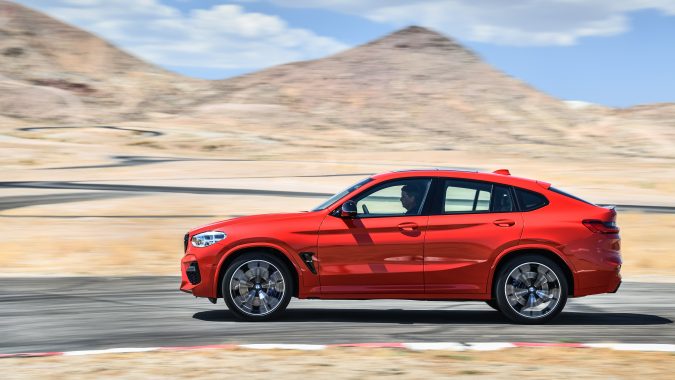 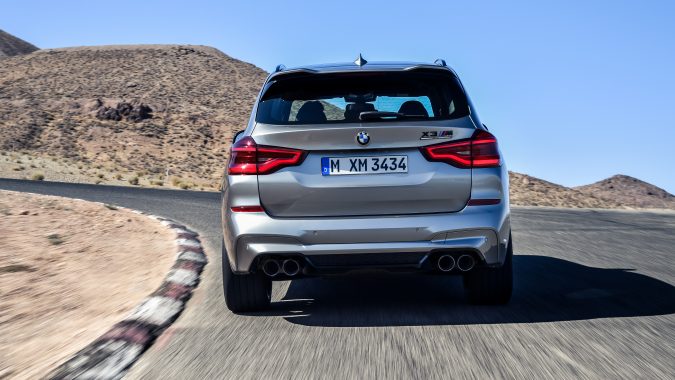 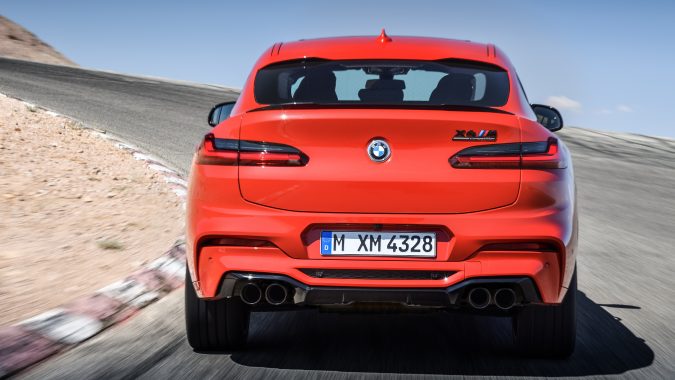