Bike lanes in Toronto — we could do a lot better

Sure, we've come a long way in accommodating cyclists on the streets of our city, but we still have a long way to go, writes Norris McDonald.

When I took over as Editor of Toronto Star Wheels in early 2012 (a job I gave up last October, by the way; I just write for Wheels now), I launched a number of initiatives. One was our annual Bicycle Issue, in which we turned over most of the Wheels section to issues affecting the cycling community.

In one of those sections, I wrote a column calling for the universal installation of bicycle lanes. I was concerned — and still am — by the number of cyclists injured and/or killed each year in collisions with motorists. And the number of “doorings,” in which cyclists are knocked off their bikes by drivers who open their doors without looking, is astronomical.

Now, other than some social media attention (examples: “Wheels Editor wants bike lanes everywhere — is he serious?” Or this one: “Is this a joke? Car-loving newspaper editor likes bike lanes. What next?”) that column seemed to be pretty much ignored. I can usually count on a certain number of emails on Saturday and Sunday after I write an opinion piece in Wheels, but the bike-lane column generated next to no response, period.

I wondered why? Was it because the people who read Wheels don’t care about bicycles and cyclists, so they saw the headline on the column and took a pass on reading it? No, that couldn’t be it, because every time some cyclist commits an injustice against a driver, the driver writes me to rant about it. So, over the course of a year, I can expect to get several dozens of letters from people complaining about all sorts of inconsiderate cyclists.

Perhaps, I thought, people didn’t read it because they have come to accept that there are thousands of cyclists out on the road now and agree that there should be bike lanes everywhere. Why read an argument about a position that you already agree with? Isn’t that kind of a waste of time? But then I hark back to all the regular mail I get about irresponsible cyclists and I figured no, that couldn’t be it either.

And then I thought this: we always published our Bicycle Issue on or about the July 1 weekend, or the weekend nearest July 1, which is really the first weekend of the summer. The cottages are all open, the kids are all out of school, anybody who owns a bike is outside riding it, gasoline is relatively cheap, which means people are out on the road going on vacation, and that’s the reason why my call for universal bike lanes was met by a universal yawn: nobody read it.

Which is probably not true, but it’s the explanation I like best.

The reason I’m back on the topic today is because I was driving up Bathurst St. the other day, and because we really haven’t had any winter yet, there are still a lot of cyclists out on the road. Let me tell you: between the streetcars, buses, cars, light trucks and bicycles, it’s a war out there. Not to forget that cars can park on parts of Bathurst and provincial legislation requires vehicles to leave cyclists a metre of space (which — at one point on the day in question — required vehicles going north on Bathurst to actually cross the centreline and go into the oncoming lane to obey the letter of the law), and I thought to myself: why are there not any bike lanes here, which would go a long way toward solving this mess?

I’m on Bathurst, as I said, and I’m driving along, and I approach a cyclist who’s a good rider, and I know this because he’s trying to stay out of my way. There is a car parked beside the curb and then there are empty parking spaces before there are other parked cars.

He’d ridden past the first parked car before I’d gotten to him and now was riding through those empty parking spaces. I sped up because I wanted to get past him before he’d have to swing out to ride past the next group of parked cars that we were approaching. But then, somebody did a U-turn (don’t you just love Toronto drivers), and I had to stop, and by this time, the cyclist was swinging out to go around those other parked cars and two things happened: 1) he was nearly hit by the U-turning car and, 2) there has got to be a better way, I thought.

If there was a designated bike lane on Bathurst, that cyclist wouldn’t have had to keep swinging in and out and around parked cars. If he was in his own lane, I would not have had to hold my breath every time I had to pass him — or any other cyclist on the road, for that matter.

Toronto is doing well when it comes to bike lanes but they could do a lot more and they could do it way faster. We’re going to have some snow before long and then most of the cyclists will disappear for a month or six weeks.

But then the sun will come out and the snow will melt and the bike riders will be back on the roads again — in force. There’s no reason for cyclists to die, or be doored, or for motorists to die a thousand deaths every time they have to leave a metre of space when the answer to all of this is staring us right in the face. 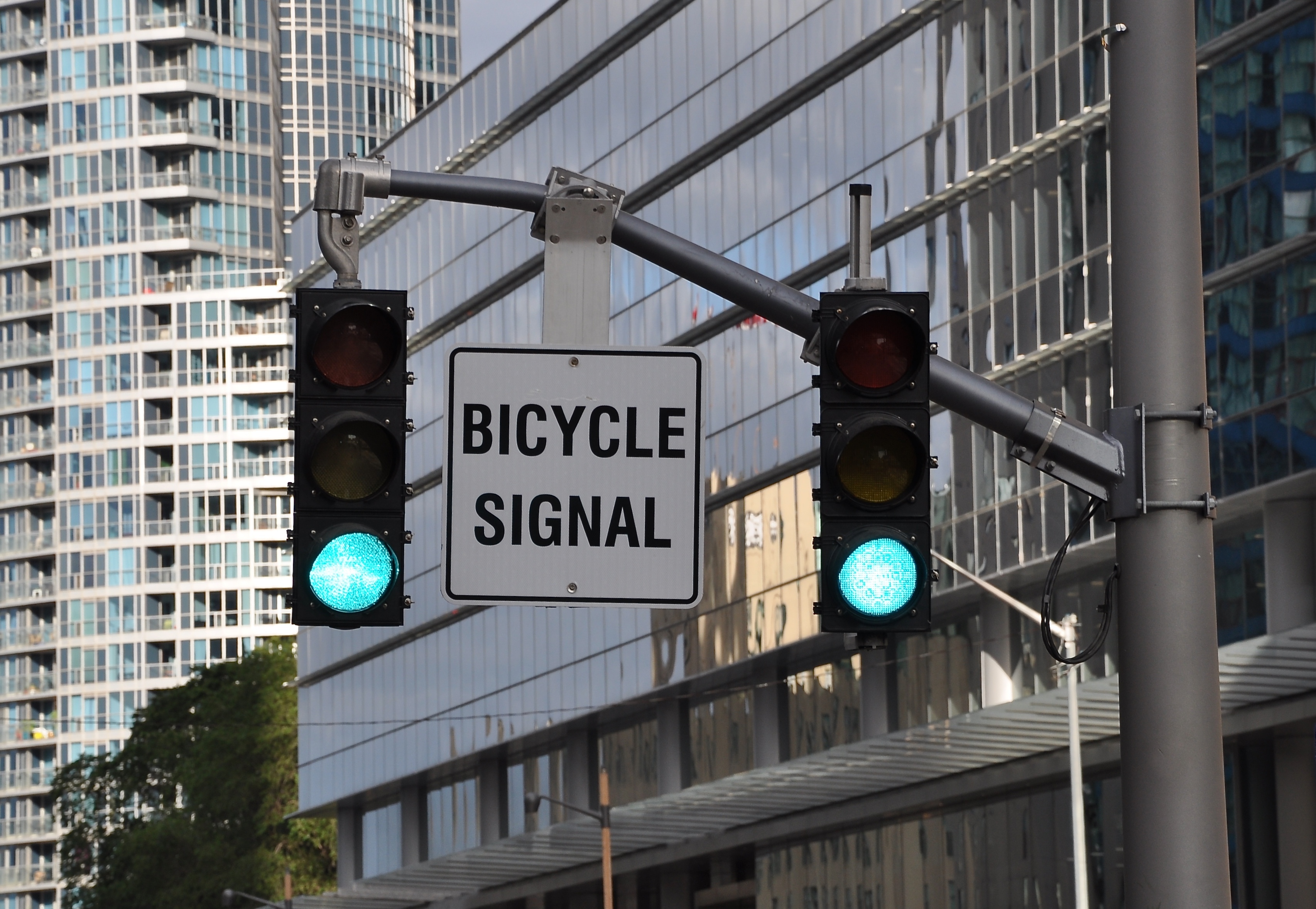