Be sure to check out these pickup trucks at CIAS 2016

The pickup truck segment is not just one of the largest among Canadian buyers, but also one of the most fiercely competitive among manufacturers. Along with the regular production models, be sure to check out these five pickups.

Ford Raptor: Temporarily discontinued when the all-new F-150 was introduced, the high-performance Raptor off-roader returns for 2017. Based on the F-150 SuperCrew, the Raptor now carries that model’s lighter aluminum body with a stronger frame. Those who believe there’s “no replacement for displacement” should note that the new turbo 3.5-litre V6 EcoBoost engine makes 411 horsepower and 434 lb-ft. of torque, exactly the same as the 6.2-L V8 it replaces.

It should be interesting to drive the new ten-speed automatic transmission, too. The Raptor’s an absolutely ridiculous machine for the street given that it’s ultimately designed to tackle high-speed desert racing, but that just makes it even more desirable. 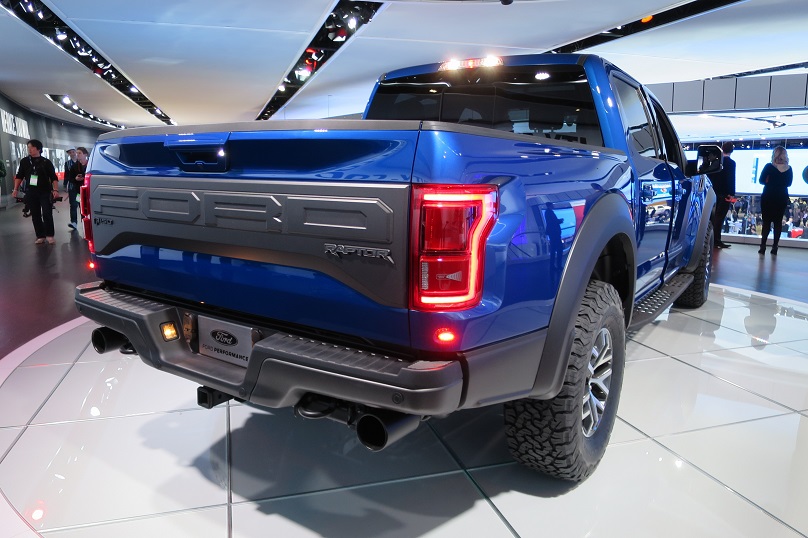 Ford Super Duty: Like the Raptor, the all-new 2017 Super Duty is built with a high-strength steel frame and aluminum body. Even though the new cab is longer, lighter materials reduce the truck’s weight by about 159 kg. The engineers then beefed up the axles and brakes but the truck retains the same overall curb weight as last year’s model.

As before, the Super Duty arrives as the three-quarter-tonne F-250 and one-tonne F-350, with new exterior and interior styling. Engine choices will be a 6.2-litre V8 gasoline engine or a 6.7-litre V8 diesel. While power numbers haven’t yet been divulged, Ram’s Heavy Duty diesel can churn out 900 lb-ft. of torque, so expect to see some serious action brewing in the torque wars.

Honda Ridgeline: Diehard truck fans love to look down their noses at this SUV-based offering, but it’s a great choice for those who don’t need or want a full-size, body-on-frame pickup. New styling makes this second-generation 2017 version look more like a conventional truck. Its 3.5-litre V6 engine returns, and front-wheel drive will be offered in addition to all-wheel drive.

The Ridgeline’s unique features are still here, including a lockable trunk in the box and a tailgate that swings down or opens sideways. New this year is an available sound system mounted in the bed. The payload increase in this version should make it even more popular with dirt bikers and other outdoorsy types who need to take their gear with them.

Hyundai Santa Cruz: Although it’s only a concept, there are rumblings that Hyundai might put this model into production. The company calls it a “crossover truck” and it’s basically an SUV that’s cut off at the back to make a bed. It’s meant to target younger buyers who want something grittier than a crossover but aren’t interested in serious towing or hauling.

No telling on what engine it’ll have — should it come to market — but the concept uses a 2.0-litre diesel engine with all-wheel drive. The extendable tailgate slides out to increase the bed length to that of a mid-size pickup when required, and a rigid locking tonneau cover pulls out or retracts like an SUV’s cargo cover for secure storage.

Nissan Titan Warrior: Also a concept, but looking like it could easily go into production to compete with the Raptor, Nissan’s Warrior is based on the all-new Titan XD pickup truck. According to the company, it pays homage to Nissan’s Baja and Paris-Dakar racing days. 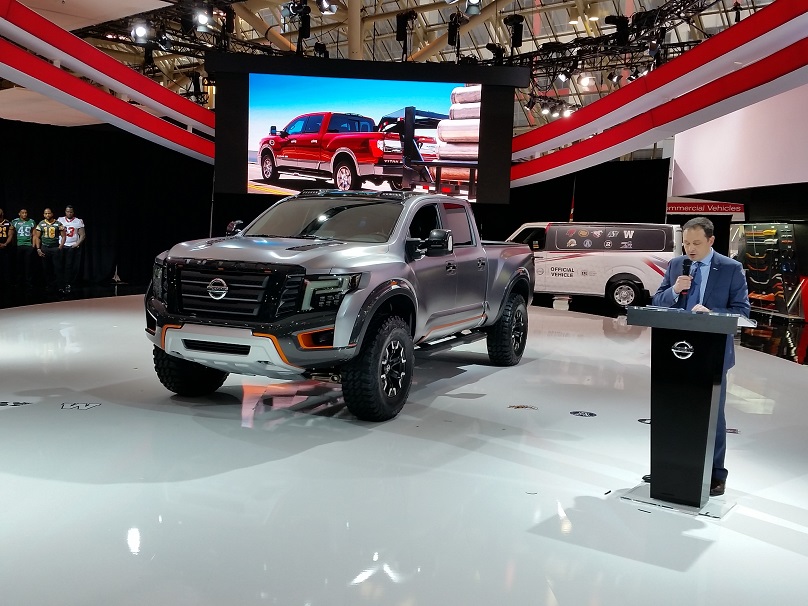 Its raised suspension accommodates off-road tires on custom wheels, which tuck in under the wider body and fender flares. Along with the XD’s stock 5.0-litre V8 diesel engine, the Warrior has functional hood scoops, custom LED lights, unique grille, custom front-end styling and carbon fibre spoilers. The suspension is also custom for heavy-duty use, including racing shocks. With one desert racer already coming to market, it sure would be nice to have two.