There’s an all-new BMW 1 series set to arrive. And this one’s pointed directly at the front of the class. Front-wheel drive, that is.

That’s right, the latest from BMW will be a front-driver. While those remembering the last 1er, since replaced with the 2-series will be in for a shock, those who have been following BMW’s latest internationally will likely have been expecting this one. That’s because BMW has been selling a front-drive 1 in China and Mexico for years. On a platform shared with the 2 Series Active Tourer, X1 and X2, and even Mini’s latest lineup. In other words, the company isn’t a stranger to this layout.

It’s being revealed today in hatchback form, and while we’re not expecting that hatch to arrive here, it looks like we will be seeing a sedan. The flagship of the new 1 will be the M135i xDrive. BMW calls that one the most powerful four-cylinder in the company lineup. That means 306 hp, and 0-100 km/h in 4.8 seconds thanks to the all-wheel drive system and an eight-speed auto. An M Performance pack arriving later in the year will slash a tenth from that time. A range of three and four-cylinder engines with gas and diesel will be available in various markets.

The new 1 shows a new face for BMW. The trend toward kidney expansion continues. They’re now merged as well, a first for the 1 that’s quickly marching across the BMW lineup. Instead of the traditional BMW bars, the M135i gets a mesh look. Full LED lights are available front and rear. 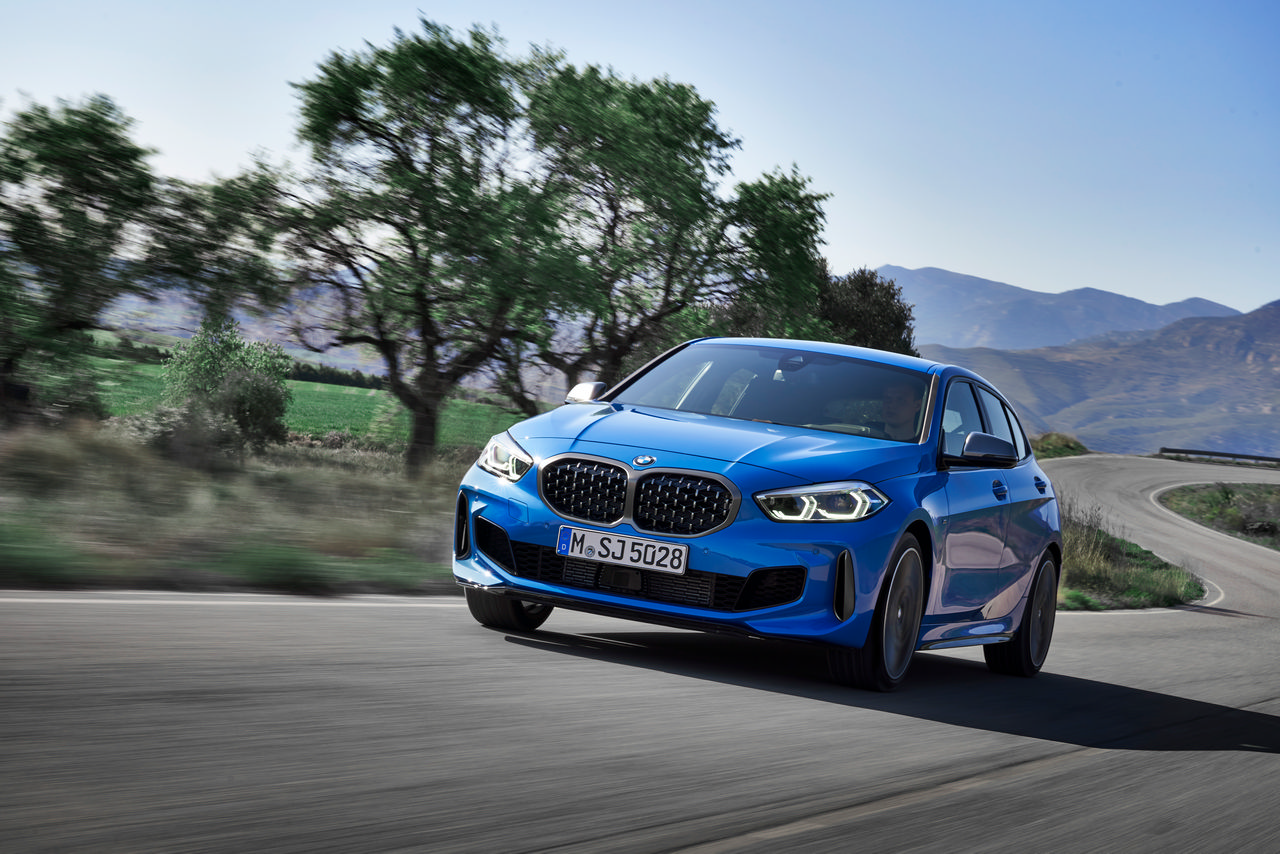 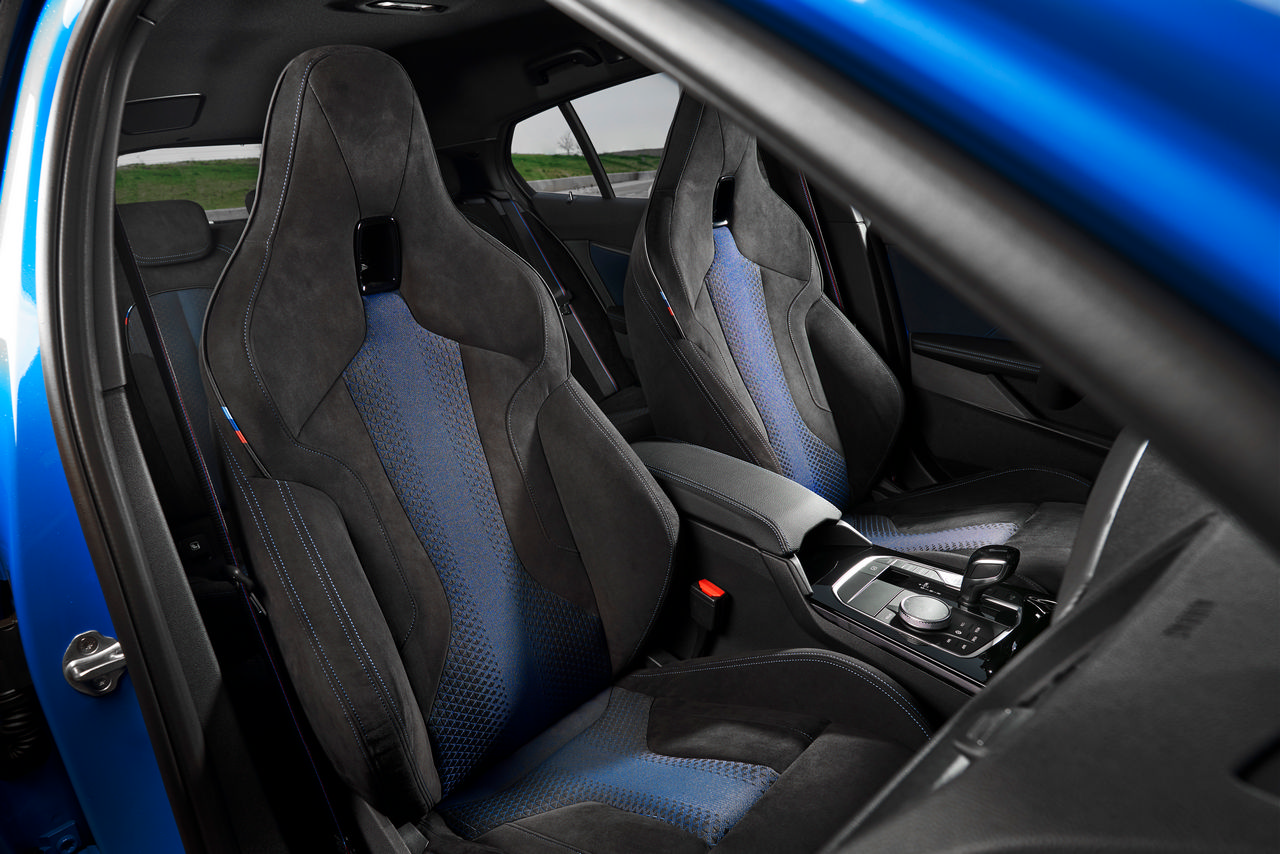 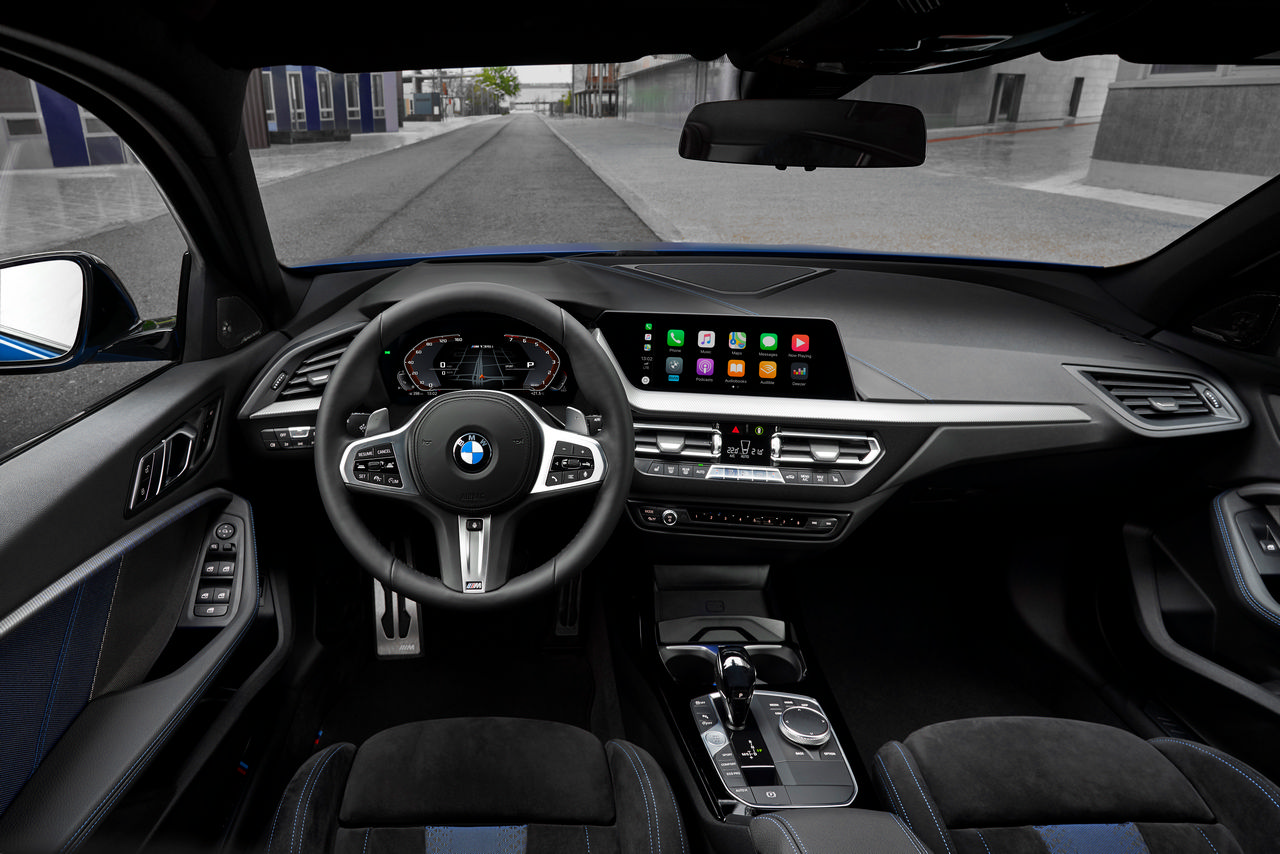 A panoramic roof joins the 1’s options list for the first time. Allowing more light and more air into the cabin. BMW says that the new cabin feels more spacious, and has high-quality materials. Backlit trim strips will be an option for the car for the first time in a BMW. That’s three designs with six switchable colours.

The infotainment system uses BMW’s latest software and interface, screens up to 10.25-inches, and BMW Live Cockpit Professional. BMW says that the design of the system matches the new grilles.

When it comes to driving dynamics, there’s an M Sport suspension that drops the car 10 mm. A new wheelspin detection system, borrowed from the i3 that lives in the ECU instead of a separate module is said to control the wheels more sensitively and swiftly than the previous system. There’s also BMW active yaw control to help the car turn into corners.

Of course, a load of active safety bits are available, including radar cruise that works from 0-160 km/h. And rear collision warnings. Plus the BMW system that allows the car to reverse from a space or tight road by recording the steering inputs that got you in that mess in the first place.

The official unveil of the 1 Series will take place at the end of June, where it’ll be seen alongside the 8 Series Gran Coupe. Deliveries will start before the end of the year. 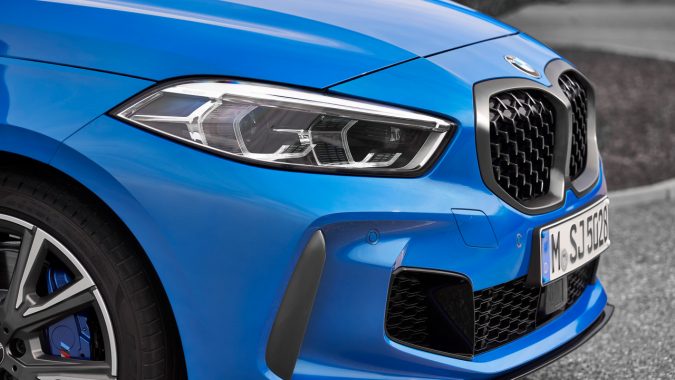 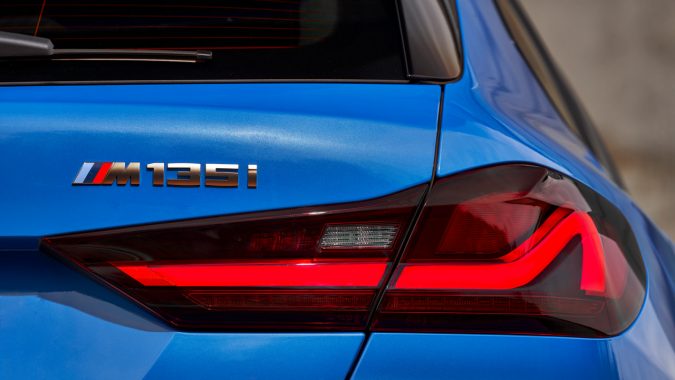 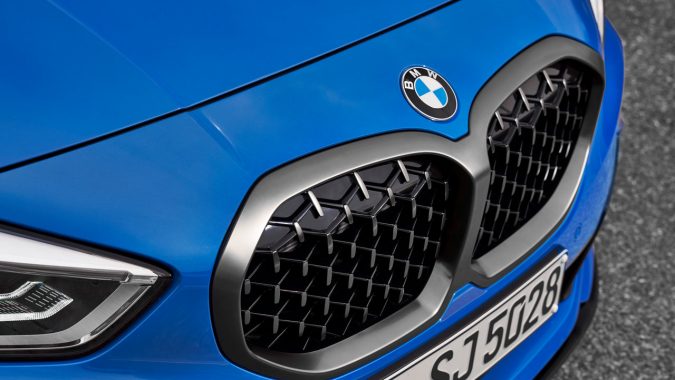 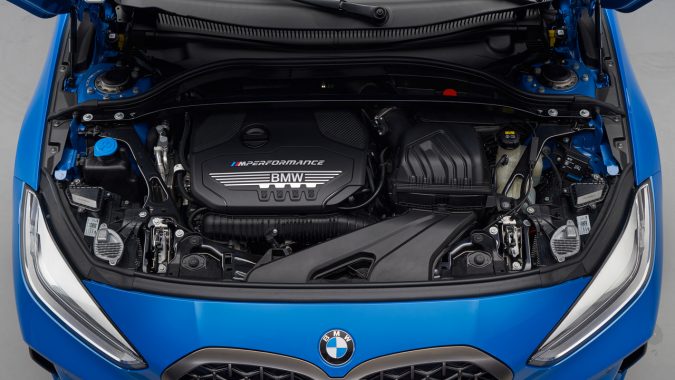 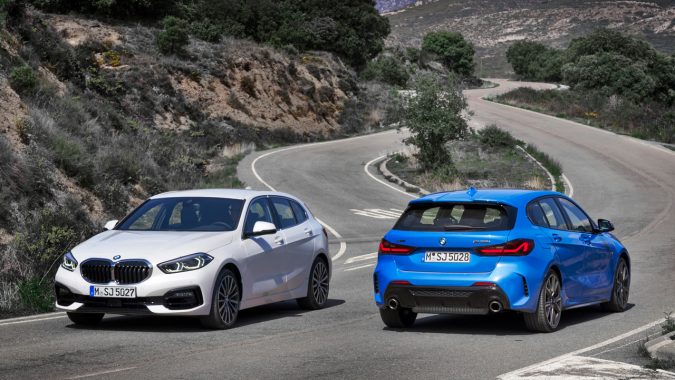 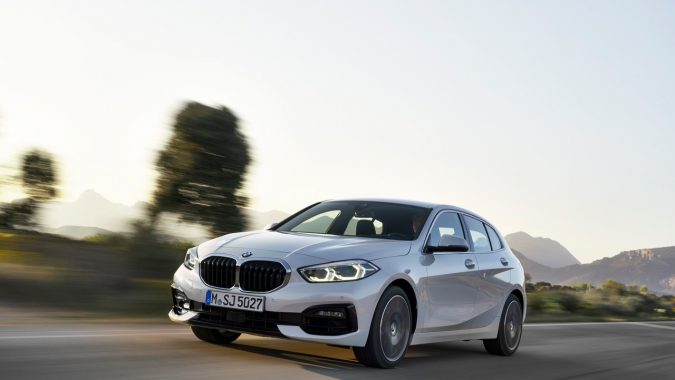 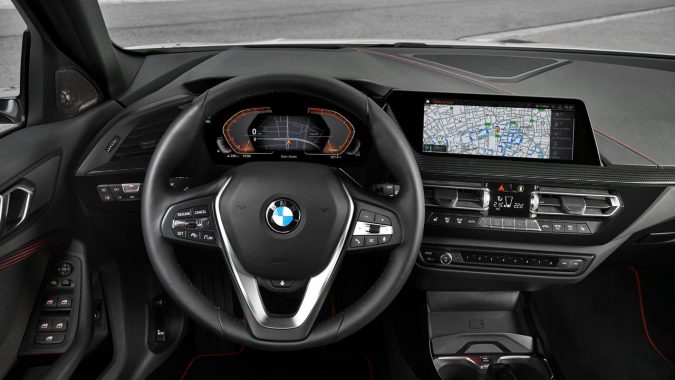 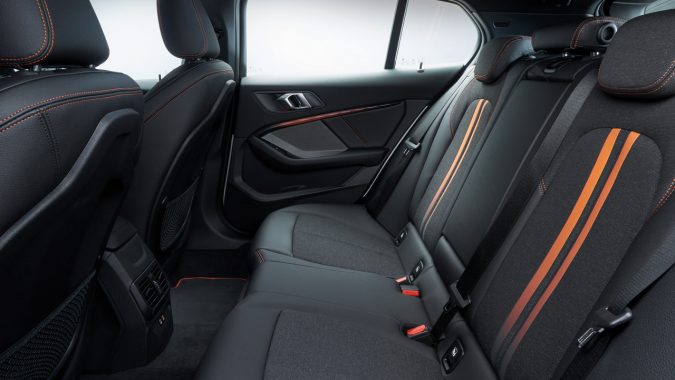