Think of a throaty sewing machine, or a hand mixer modified with performance parts. A true clown car. Predecessor to the Austin Mini. The original Smart car.

The story: I became the accidental owner of this U.K. classic this spring. I accompanied neighbourhood friends Anthony Penna and Don Selyan to the annual British Car Flea Market in Ancaster as they searched for spare parts for their Jaguar E-Type roadsters. 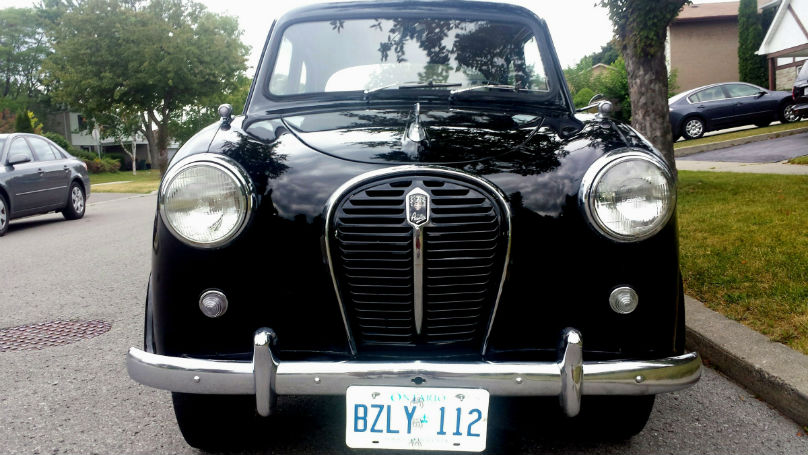 I happened to meet Peter Gilbert who had brought the Austin to the show on a trailer, looking for a buyer, as he had done with no luck the previous year. Peter is gregarious and super-knowledgeable about British cars. A delightful chap.

While people showed interest in this runt of a car, there were no takers. What luck! The Austin is a rock-solid daily driver, powered by a four-speed beast of an engine — a whopping 948cc producing 34hp of brute, hill-climbing power. 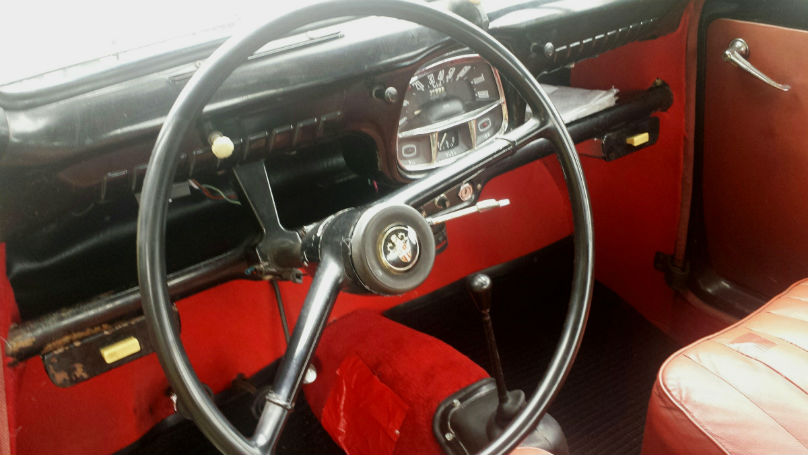 Think of a throaty sewing machine, or a hand mixer modified with performance parts. A true clown car. Predecessor to the Austin Mini. The original Smart car. No radio, no seatbelts, but two massive ashtrays (for the driver and the passenger).

With a speedometer maxing out at 80 mph, I am guaranteed to be passed by every car on the DVP. What a thrill it was for me last week to pass a driving school car and a fully loaded TTC bus. 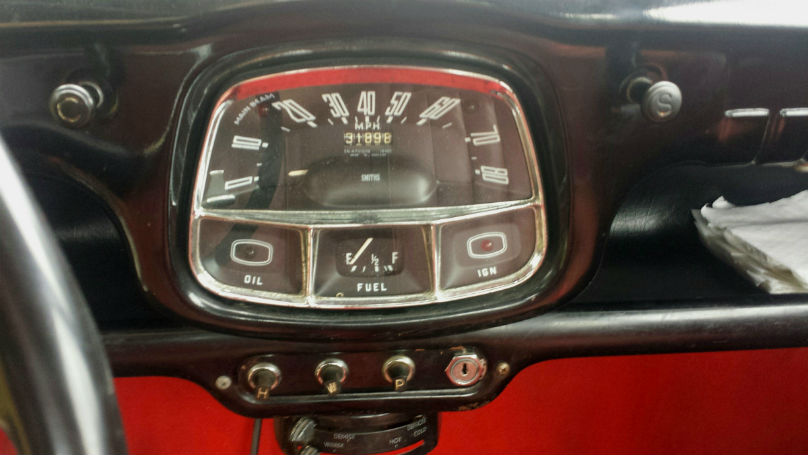 I learned later that there are only a handful of these still operational in Canada. As the British say, pity. Peter spent considerable time and expense restoring this saloon car (the British term for a sedan with separate space for luggage, engine and seating) but sold it to me for far less than his expenses.

But he is pleased that some day the car will belong to my son Connor — maybe then Connor can figure out how to get his 6’4” frame in and out of the car. Peter told me, “I come with the car for the first year, at no cost. Please call me if you have any problems.” 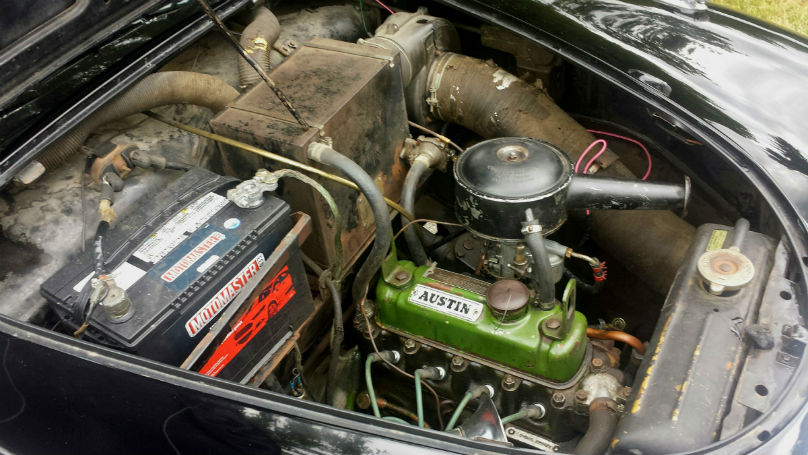 I took him up on his offer to address a finicky Zenith carburetor. Peter came over with specialized tools in tow numerous times. So often that we got to be good friends.

Not only did he identify and address the tricky problem (a bolt from the carburetor’s throttle plate ended up under one of the valves), but he took it upon himself to replace the spark plug wires, points, condenser, reset the timing and so on. The car runs perhaps better than the day it rolled off the line. 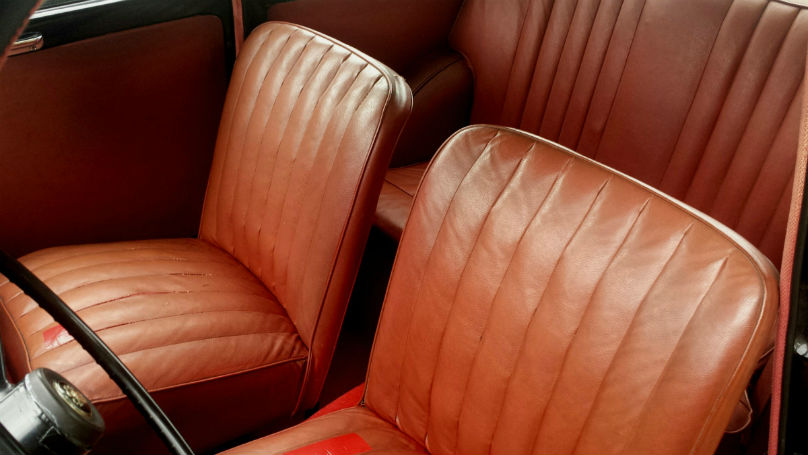 I am only the third owner since new. The odometer shows 31,898 miles. Peter refused any payment for his work on the car. Lucky for me, he let slip that he enjoys a nice glass of Scotch from time to time along with his ever-present cigar. I was so pleased to present him with some fine Scotch and some hand-rolled Frank Correntis as a tokens of my appreciation for his generosity and assistance.

Unbeknownst to Peter, his father-figure patience and hands-on knowledge transported me back in time to my days of youth, working side by side with my Dad in our backyard on my 3.5 horsepower minibike. Alas, those were the days. 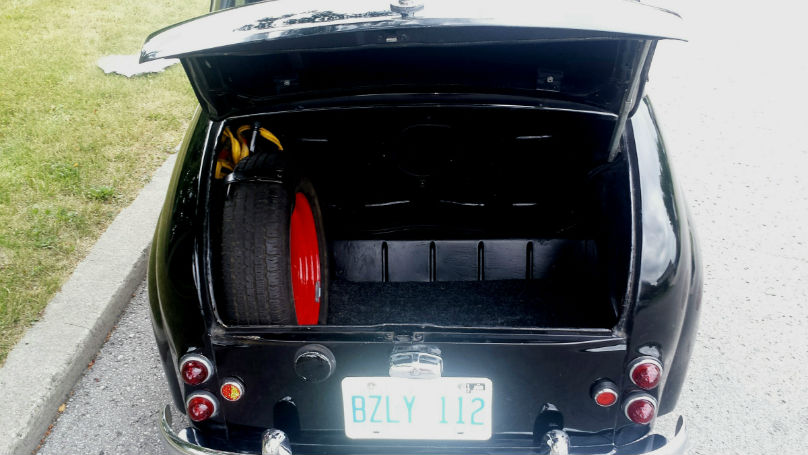 I learned so much from Peter — about cars, about kindness, about the strength of the human condition. Yes, this is a story about a quirky car, but it is more than that. It is a lesson in life. I tell Connor, “You are young . . . be a Peter in life.” 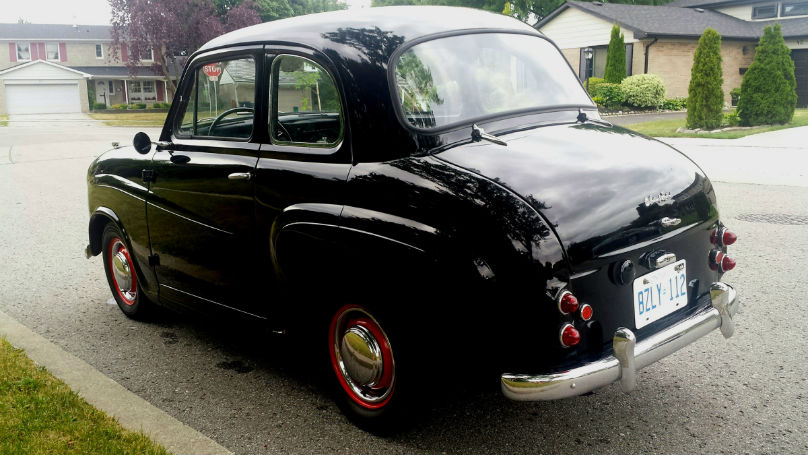 The Dyane I courted for decades