XT5 is crucial to Cadillac

The 2017 Cadillac XT5 and the flagship CT6 both are the harbingers of mighty change within Cadillac with the XT5 being just the first of a new family of SUV/CUVs in the works all carrying the “XT” name.

DANA POINT, CA: The 2017 XT5 mid-size luxury crossover is the “most critical launch in history of Cadillac”.

Mid-size CUVs are the hottest thing in the luxury segment right now, something not lost on Cadillac designers and engineers when bringing the XT5 to market.

You might ask, doesn’t Cadillac already have a player in the SRX?

The answer is really no.

The SRX bowed in 2004 before the lux CUV segment soared into the stratosphere leaving the SRX far behind and off the radar of most consumers.

The XT5 and the flagship CT6 both are the harbingers of mighty change within Cadillac with the XT5 being just the first of a new family of SUV/CUVs in the works all carrying the “XT” name.

The XT5 is definitely mid-size as seen from any angle and seats five, but if you look at all the cargo room behind the second row, it’s easy to see a third row just might fit. 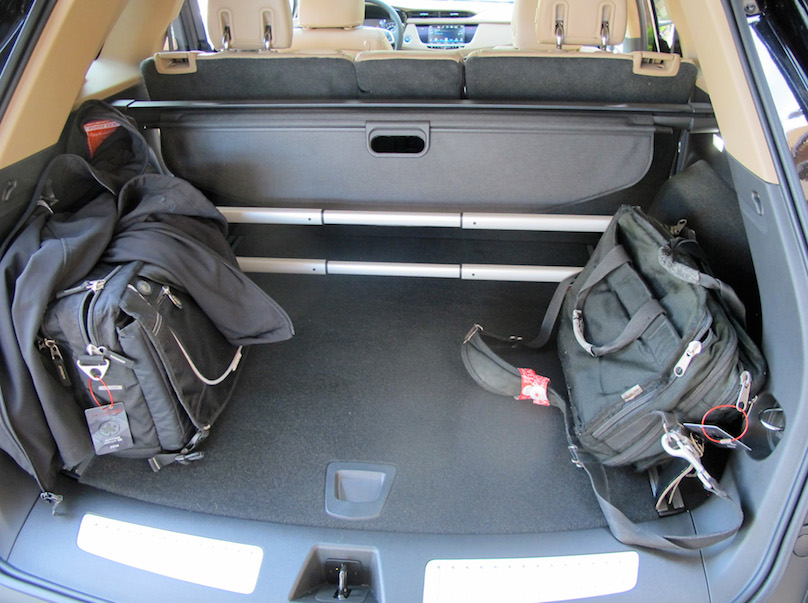 Cadillac says it developed the XT5 from the inside out starting with the second row seats that slides, tilts and has a 40/20/40 tilt/fold.

Cut and sewn materials are used throughout the interior with seven colours available including one called “Super Maple”.

There are also seven colours on the exterior that compliment the signature use of vertical front and rear lighting. 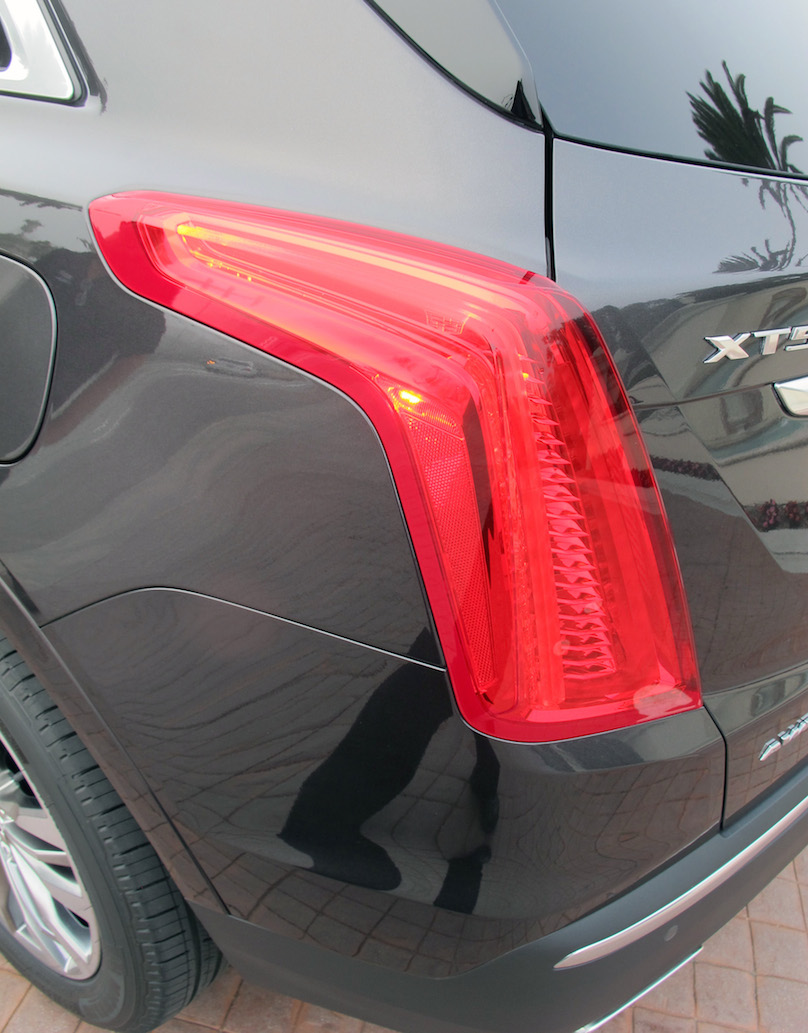 Interior volume is commodious at 1,784 litres (104.5 cu ft) behind the first row and 849 litres (30.0) cu ft behind the second row. A nice touch as a sliding metal divider in the cargo area to keep things from bouncing around.

No matter what the road surface, the XT5 glided over it without straining itself thanks to the real time damping system developed with ZF.

The XT5 is offered in front- and all-wheel-drive with AWD optional on the Luxury and Premium and standard on the Platinum.

The AWD features a “twin clutch” rear differential that routes up to 100 per cent of traction from front to rear and up 100 per cent across the rear axle. It is driver controlled so the AWD can be switched off to improve fuel economy.

Power comes from the latest version of GM’s tried and true direct injection 3.6-litre V6 with 310 hp and 271 lb/ft of torque routing drive through an eight-speed transmission using shift-by-wire technology. 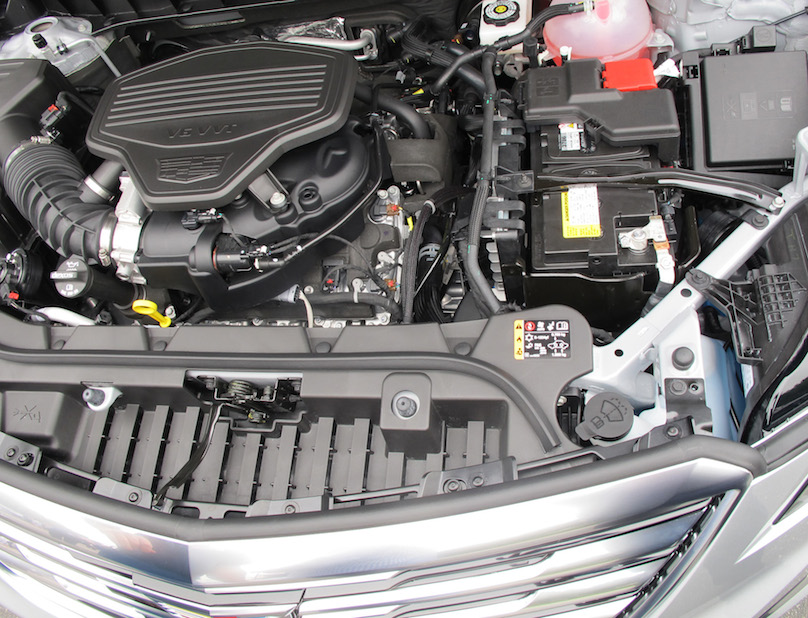 A new feature on the 3.6-litre is Active Fuel Management cylinder deactivation that automatically switches to four-cylinder mode under light or moderate loads.

Also standard is Stop/Start technology that shuts off the engine at rest and restarts when you lift your foot off the brake.

One of the common complaints from autowriters is lack of seat time, in other words, time spent actually driving the vehicles rather than tech briefings and sales razzamatazz.

Well, my Quebec driving partner and I got something like 10 hours and some 500 miles in driving around southern California.

From Dana Points south of LA up to the offices of Callaway Cars in Santa Ana, then out into the mountains east of LA and the picturesque town of Julian for lunch, then back and north of LA to Sun Valley to Singer Vehicle Design and their “reimagined” Porsche model 964 cars rebuilt to the tune of about (US) $500,000 a crack,

Yes, got our seat time’s worth.

No matter what the road surface, the XT5 glided over it without straining itself thanks to the real time damping system developed with ZF. 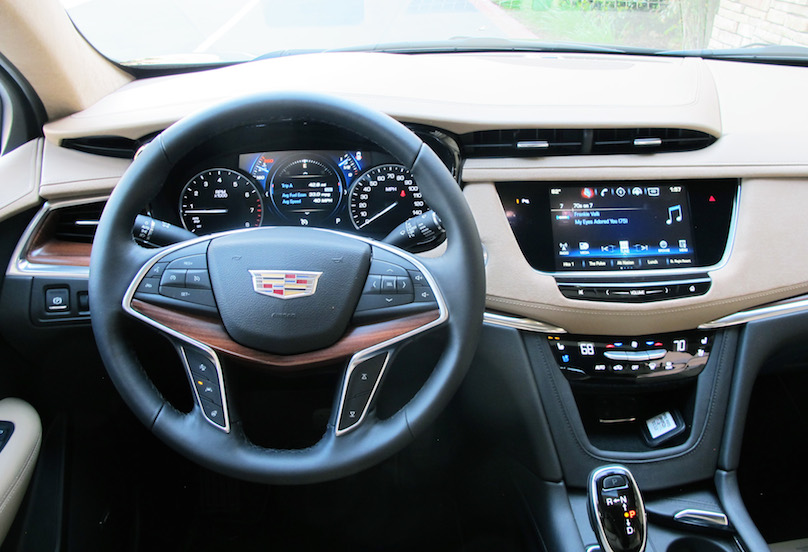 But one thing that really stood out was the revamped CUE (Cadillac User Experience) infotainment system.

Gone are the fussy sliders and rocker face that made it frustrating to use and difficult to see at a glance because things were below the screen on the centre stack.

No it has a big screen with simple up/down rockers for the climate control.

But what really knocked me out was the traffic update on the Navi.

I know the streets and highways of LA better than Montreal and I know trying to get from north of LA to Dana Point where our hotel was would be difficult.

We punched in the hotel address and then cringed seeing all the highways like 405, 5 and 121 coloured in red meaning bumper to bumper for up to 30 miles. 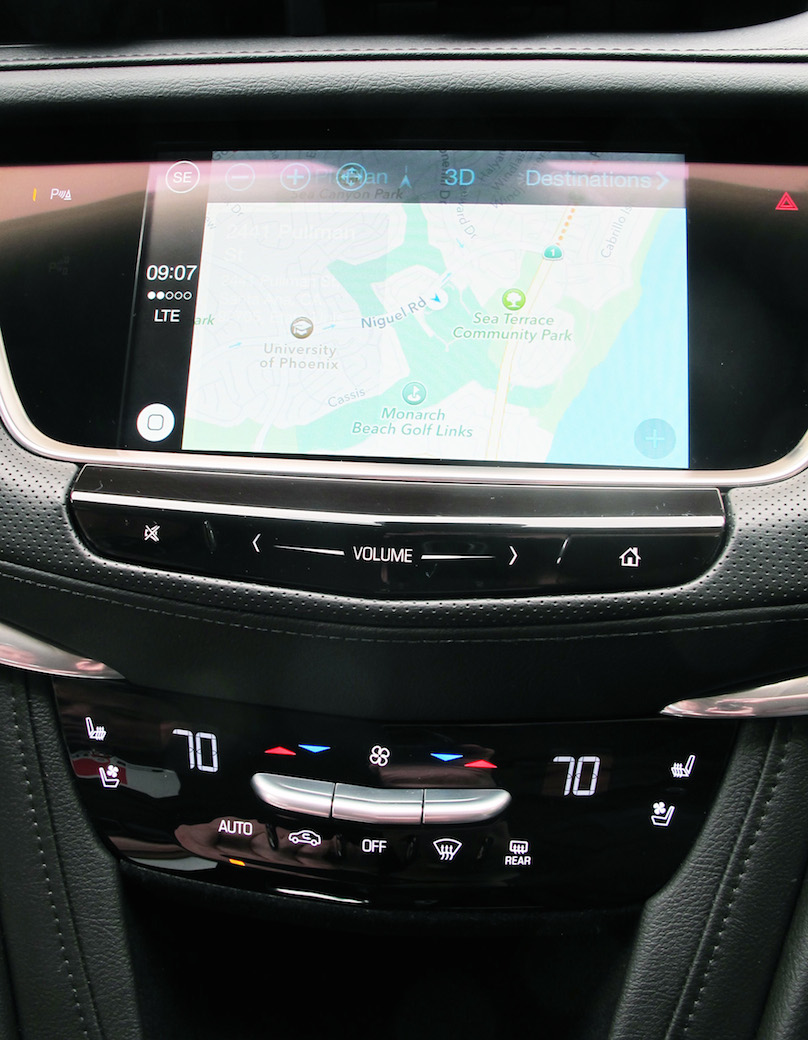 Yet the system in the XT5 took us through back streets and industrial areas I’d had never heard of. But we made it and the system was impressive.

I certainly exited the XT5 with a deeper understanding for just how much thought has been put into the CUV.

If this is the first of things to come from Cadillac, I can’t wait to see what’s next.