The XE becomes the entry model into the Jaguar lineup with a starting price of $45,000 in Canada. It has classic Jaguar design, with features taken from the XJ and XF.

ASPEN, Co: Always a niche player in the Canadian automotive market, Jaguar is ushering in an era of growth with the introduction of two new vehicles this year.

Both are competitively priced in the entry luxury market and will push sales of Jaguar products to levels never before seen on these shores.

This makes the year 2016 as an extremely important one for the Jaguar brand as it nearly doubles its model offerings.

The XE has been on sale in Europe for about a year, but its introduction into North America is taking place as this is written in late June.

With hopes of bringing a younger demographic and a whole new segment of buyers into Jaguar showrooms, the XE is a sports compact aimed squarely at the German competitors who have dominated the market for years.

As the entry vehicle into the Jaguar vehicle line, the XE will come with an attractive starting price of $45,000. Add a few options, however, and the price can climb in quick order.

A 3.0-litre 340 hp supercharged V6 (XE 35t), sourced from Jaguar’s F-Type sports coupe is the other engine, starting at $48,500 and offering 332 lb/ft of torque. Both come with an eight-speed automatic transmission with paddle-shift controls and are available in three trim levels, Premium, Prestige and R-Sport.

At the launch, we got to sample both engine variants during the ride-and-drive along winding, scenic roads that made their way up and over Independence Pass, at an elevation north of 12,000 feet in the Rocky Mountains of Colorado near outside Aspen. 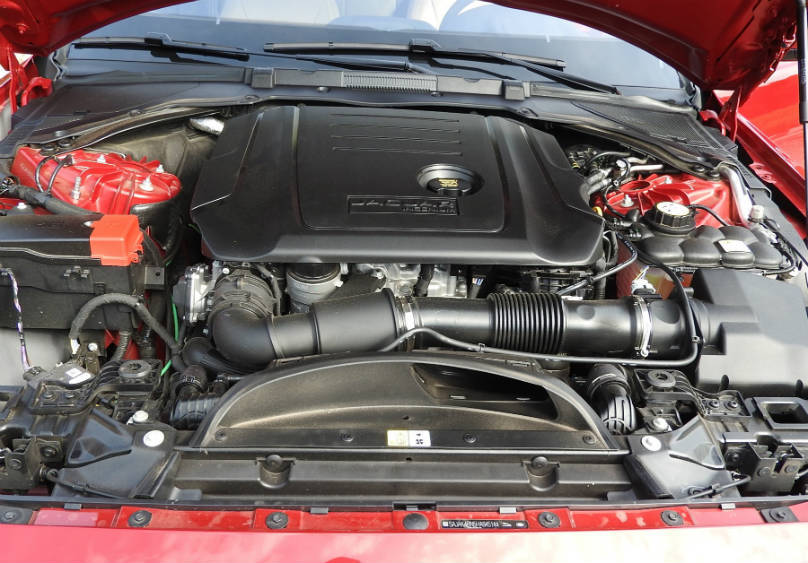 The turbo diesel was most impressive from a fuel economy standpoint. The onboard fuel consumption read out showed 39.6 mpg, which translates to about 5.9L /100 km after our 75-mile run with the car.

NRCan fuel economy numbers are not yet available for the diesel, but my co-driver and I were most impressed with the diesel’s fuel consumption numbers.. 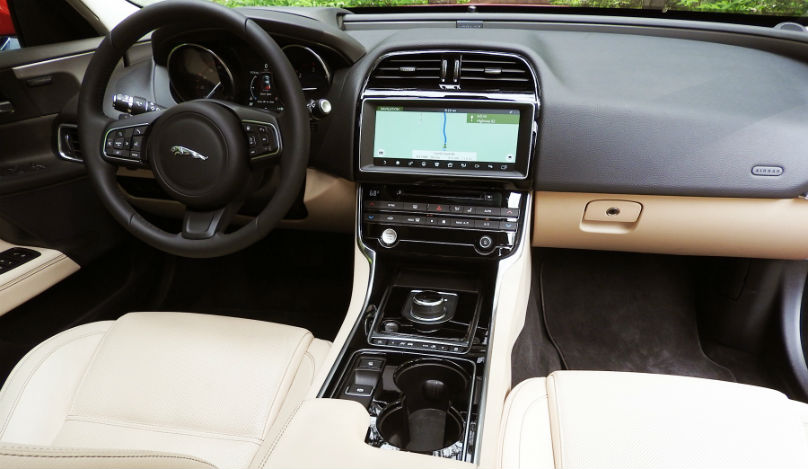 The V6 variant is by far the quickest with a 0-100 km/h time of 5.3 seconds, compared with a respectable 7.9 second time for the diesel.

Whatever your engine choice, ride and handling make the XE a standout in its class.

This is a driver’s car, pure and simple. Tight and flat on the corners with outstanding road manners and a great steering feel, the XE begs to be challenged and driven hard. Turbo lag is a bit of an issue in the diesel, but not something you wouldn’t get used to in quick order when you drive the car day in and day out.

The suspension, double wishbone up front and integral link in the rear, is stiffer than some of the competition, but it was only noticeable during the first part of our drive over exceedingly rough pavement. 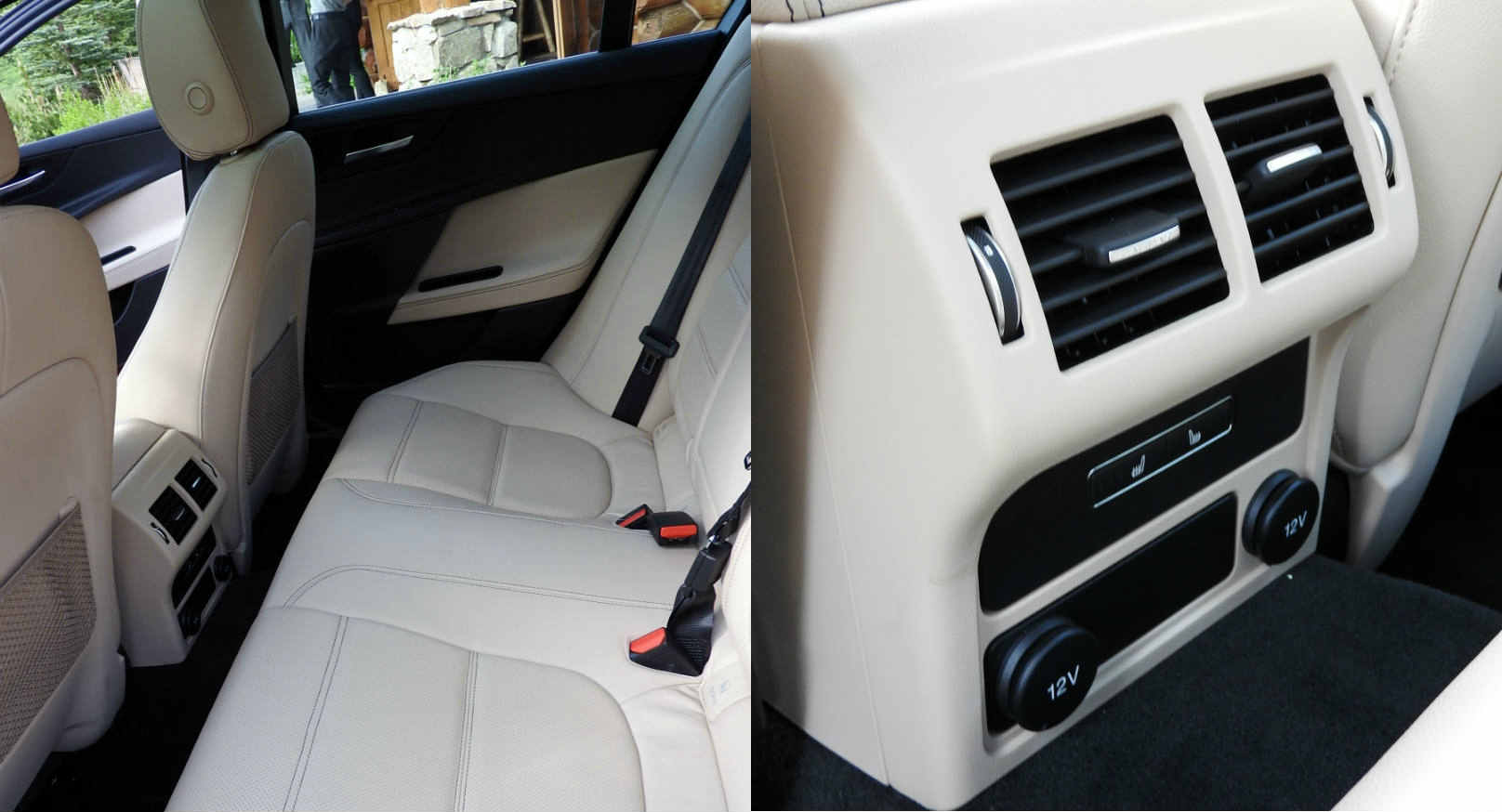 Otherwise, the ride felt smooth and comfortable and the cabin exceedingly quiet.

All-wheel drive in the XE is on-demand. The system sends 90 per cent of torque to the rear wheels under normal driving conditions, but on low friction surfaces such as grass or mud, the torque is balanced 50:50 front and rear.

When conditions are changeable, more than 90 per cent of the torque can be distributed from the rear wheels to the front.

The system acts so quickly that the switch from rear- to all-wheel drive is done in 165 milliseconds. 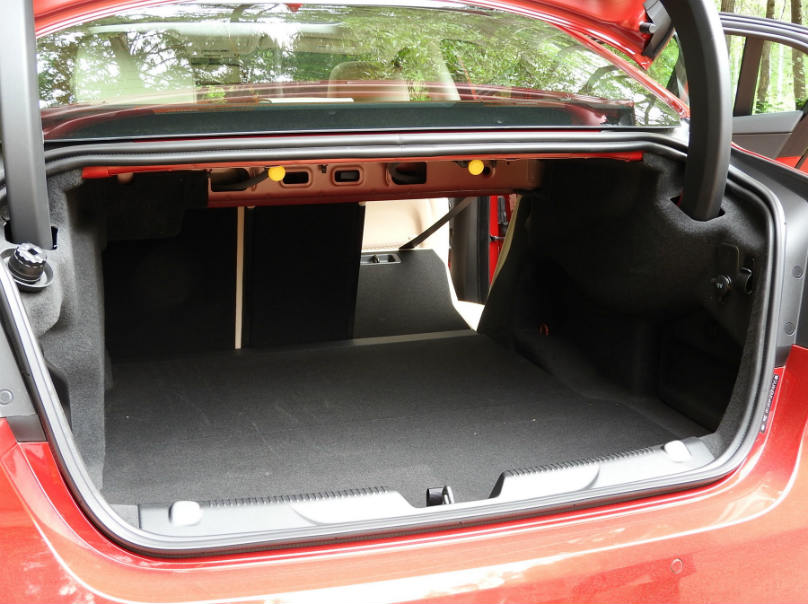 The XE has two other traction-control features of note. One is called All Purpose Progress Control, which actually works like a low-speed launch control to help manage traction at speeds between 3.6 and 30 km/h. The other is Proactive Traction Management that takes over before traction is lost on ice and traction control intervenes. This is activated with the flick of a switch and controlled through cruise control.

It ensures that only the required amount of torque reaches the wheels and helps in smooth get-aways.

Like all other Jaguars, the XE makes extensive use of aluminum in its construction. It is based on a shared platform with the F-Pace. The body shell of the XE is about 75 per cent aluminum, resulting in a near perfect 50:50 weight distribution.

On the outside, there is no doubt this is a Jaguar with a bit of XJ and XF influences on display along with the now familiar wire mesh grille sporting the Jaguar logo front and centre.

The cabin is indeed driver-oriented with a much more elegant and modern, less “Jaguarish” look, ergo the traditional wood-grained trim is noticeably absent.

Being a compact, rear seat head and legroom is less generous than some might wish; if so, the larger XF might be more to their liking. 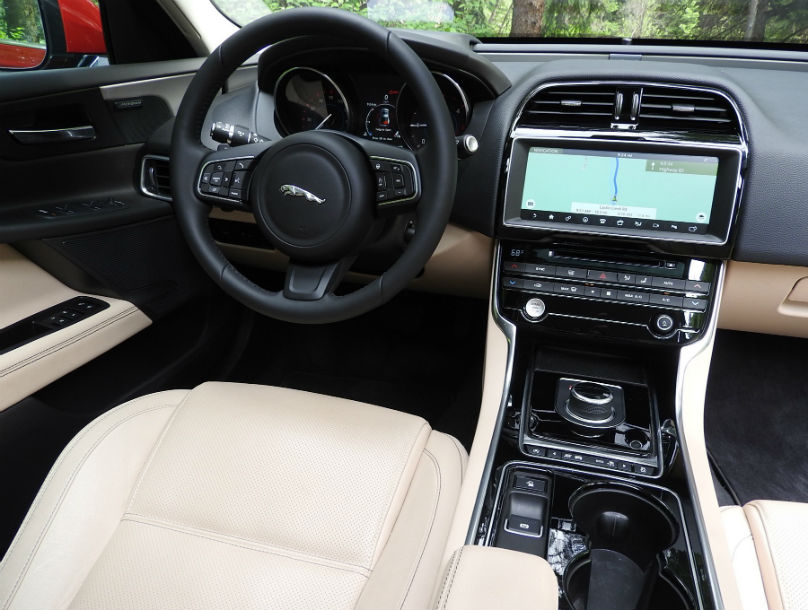 The units are very fast, but sometimes a bit quirky to use with things hidden behind multiple screens. That said, with a bit of practice, I think I would come to appreciate their speed of operation and outstanding graphics.

In short, the XE helps usher in a new era for Jaguar.

The buying public will decide if this is class leader, but at the very least, the XE has with it takes to challenge the BMW 3-Series, Audi S4 and Mercedes C-Class in the marketplace. 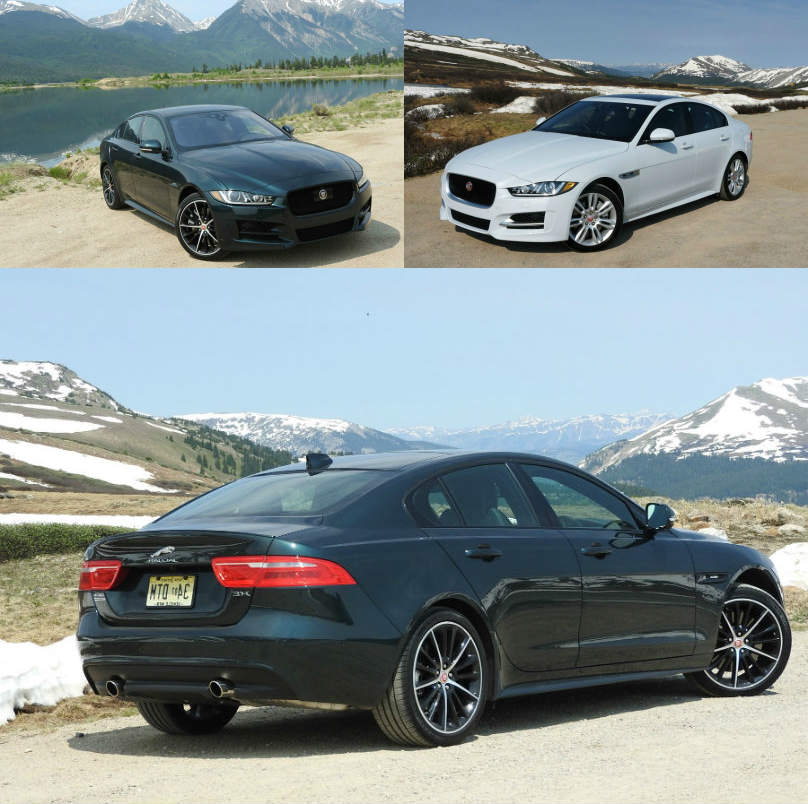