While the styling may look bland, the Volkswagen Golf is a great hatchback with lots of interior room and a great drive.

Last week was reading week for many Ontario colleges and universities which meant a trip to Hamilton to pick up my youngest son from Mohawk College.

Four and a half hours later, traffic and weather be damned, he was home and if it hadn’t been for the 2017 Volkswagen Golf Comfortline I was driving, my stress level may have hit 11 instead of the five or six it was at when we arrived home.

The Golf is like a warm bowl of soup on a cold night, it isn’t flashy or over-the-top extravagant, but it just works, feels right and gets the job done. 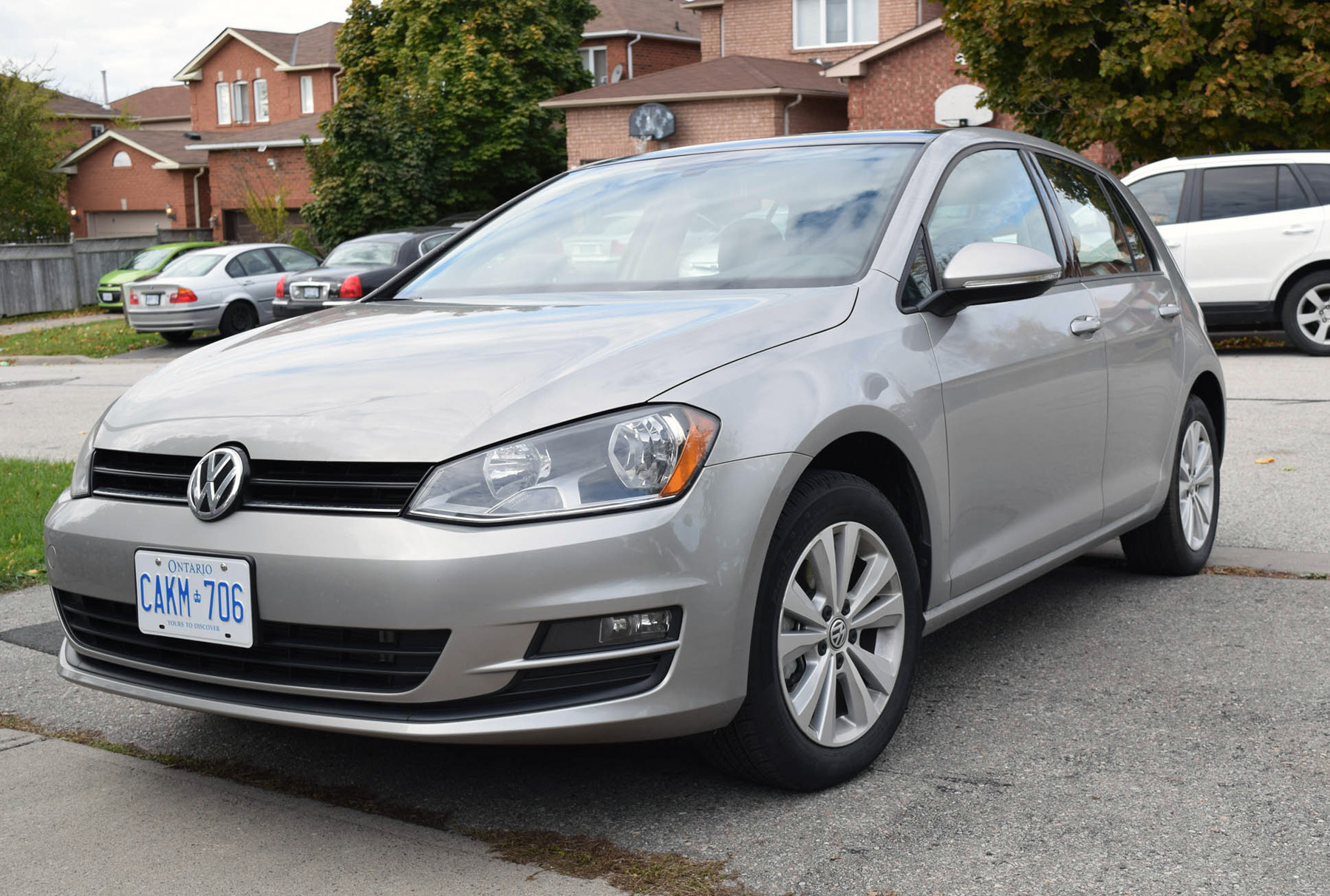 While the styling may look bland, the Volkswagen Golf is a great hatchback with lots of interior room and a great drive.

My tester for the week was the 2017 five-door Comfortline in a Tungsten silver metallic colour. After looking at the brochures, my choice would be the Night Blue Metallic.

The Golf comes in three trims, the Trendline which features three or five doors, the five-door Comfortline and the five-door Highline.

All have various options. My middle-of-the-road Comfortline included a $1,310 convenience package which included blind spot detection with rear traffic alert and a panoramic sunroof. 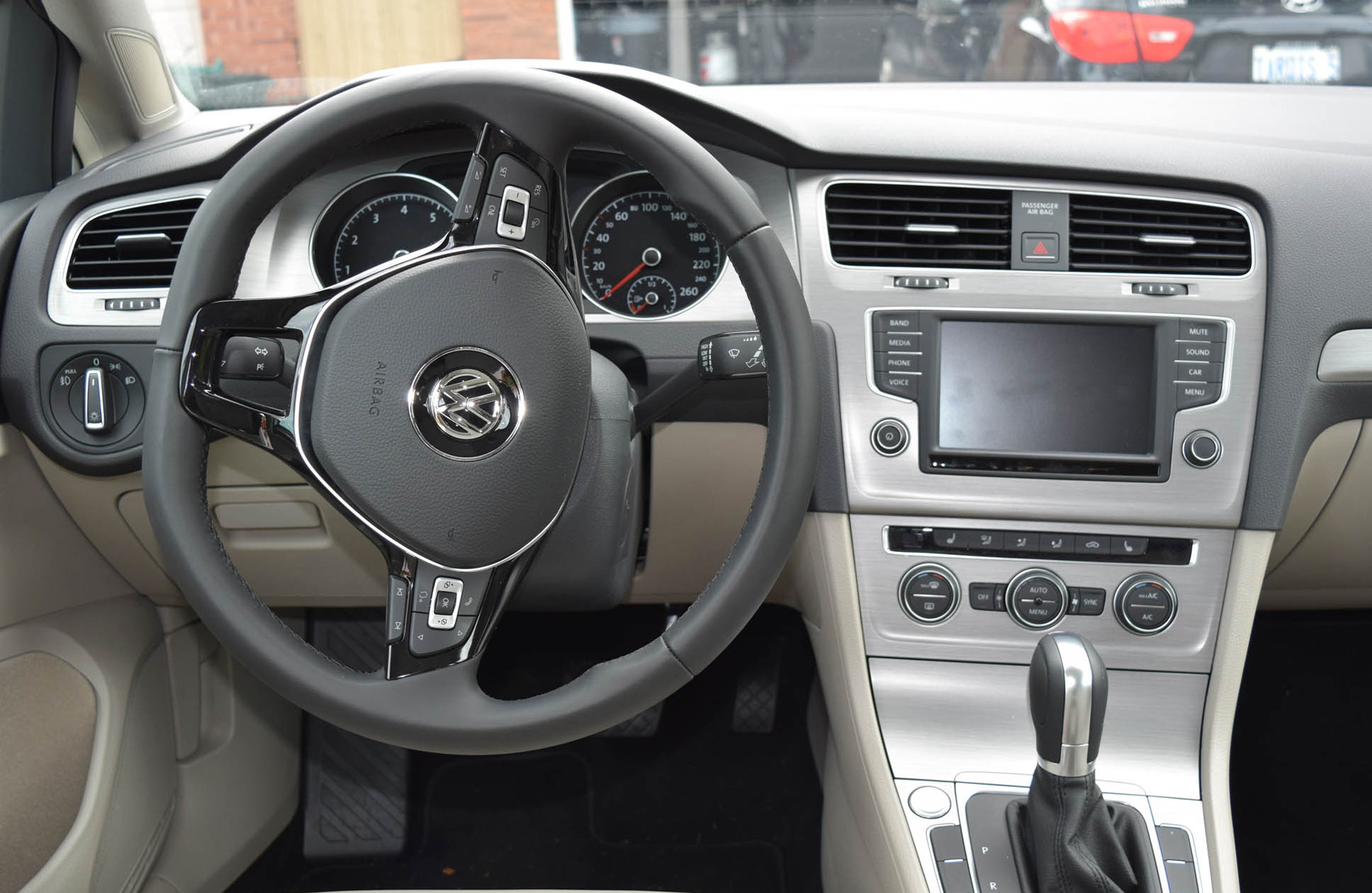 Anyone who has read past reviews knows I don’t see much need for a sunroof but if you will be sitting on Ontario’s 400 series highways for any length of time, the blind spot detection is a lifesaver. Two little lights light up on your driver and passenger sideview mirrors if a vehicle is detected in your blind spot.

Also Read: 2016 Volkswagen Beetle Dune: An icon that just will not quit

The Golf also features a 6.5-inch touchscreen infotainment centre with proximity sensor. While some people feel it is too plain Jane compared to other hatchbacks I enjoy the simplicity of it. 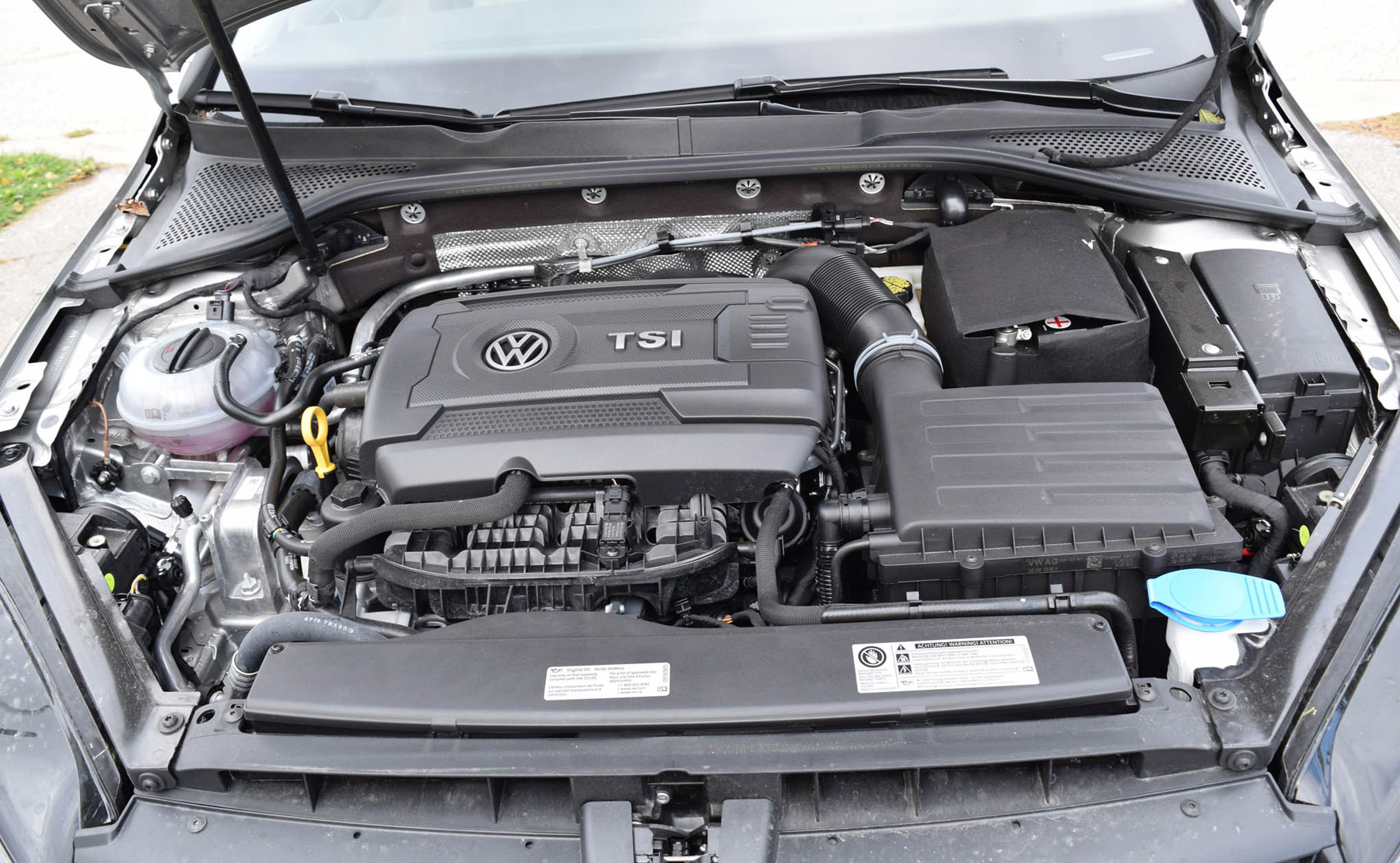 There are no extra buttons and I love the proximity sensor, as you move your hand towards the screen, additional information pops onto the screen. Move your hand away, and it disappears. Some design guru deserves a gold star for that idea.

The Golf is powered by a 1.8 TSI engine that produces 170 hp and 184 lb/ft of torque. Helping that engine is a six-speed Tiptronic transmission driving the front wheels.

The Golf won’t win any drag races but it isn’t built too. The Golf features a Drive and Sport mode but I left it in Drive mode most of my week which helps get better gas mileage.

The drive was smooth and the engine provided enough oomph to keep up with traffic on the 401 and QEW when it was moving.

The interior of the Golf is better than some hatchbacks. My son returned home with enough laundry to clothe an army and it all fit comfortably in the Golf. Lay down the rear seats and even more room is at your fingertips.

Besides being roomy the interior is well thought out with everything in just the right place. The smartphone integration was a breeze, I had my phone connected in seconds and the Apple Car Play function made me think I was staring at my iPhone instead of looking at the car’s screen. 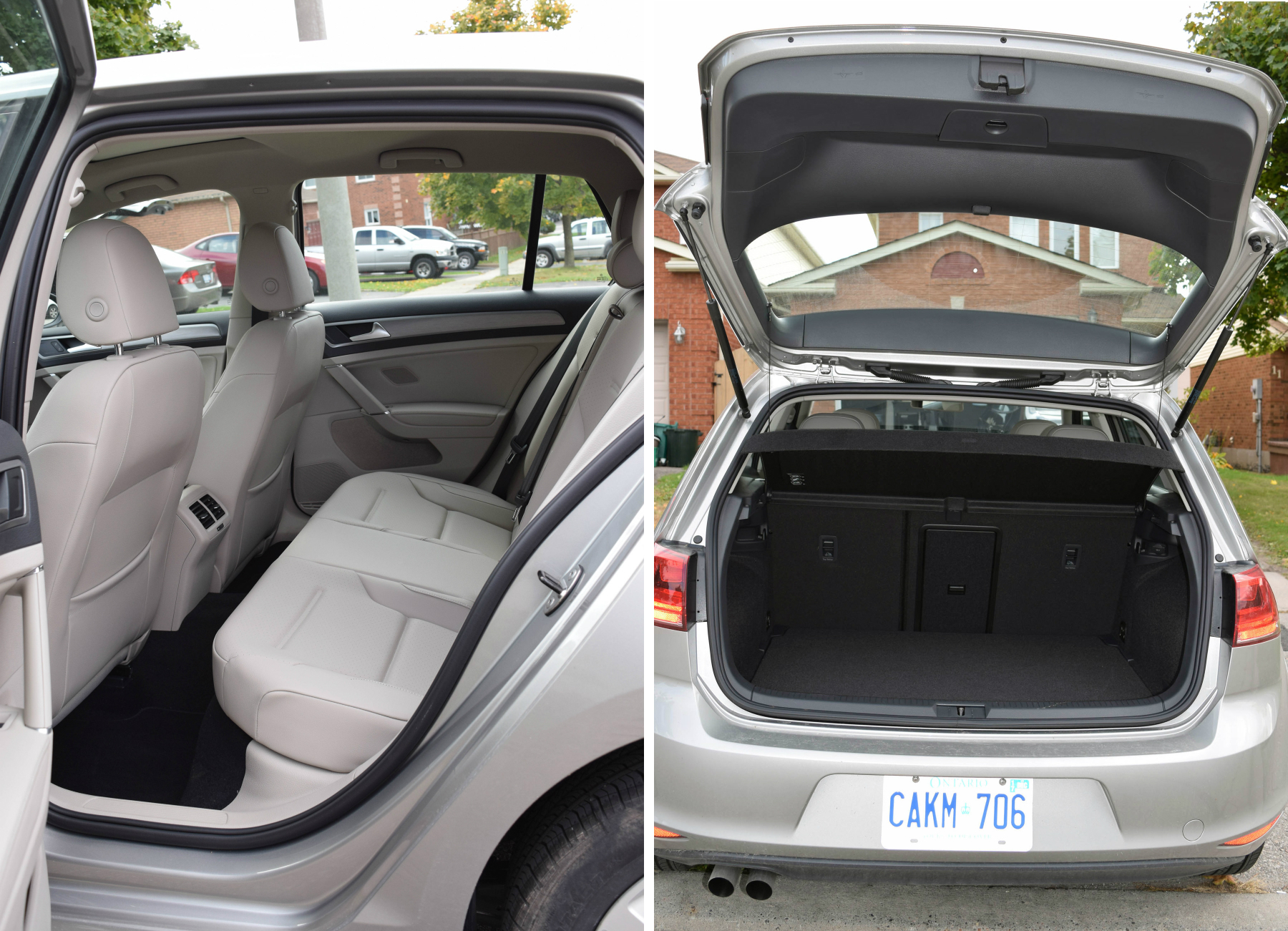 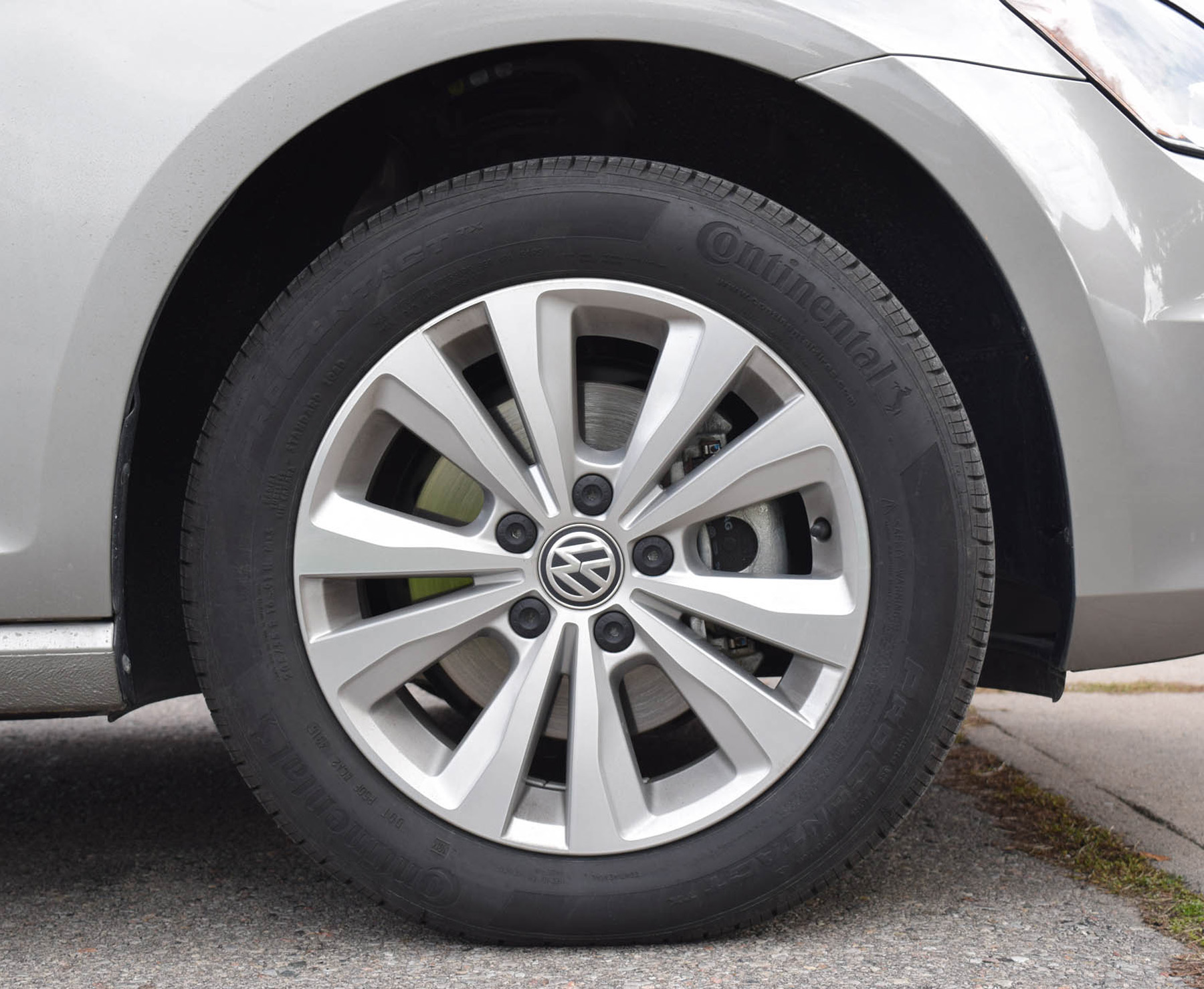 But that’s a small complaint for a great performing five-door hatchback that comes in at a price of $26,655.

If you love hot soup on a cold morning, the Golf will be right up your alley and deserves a test drive if you are out looking for a solid hatchback. 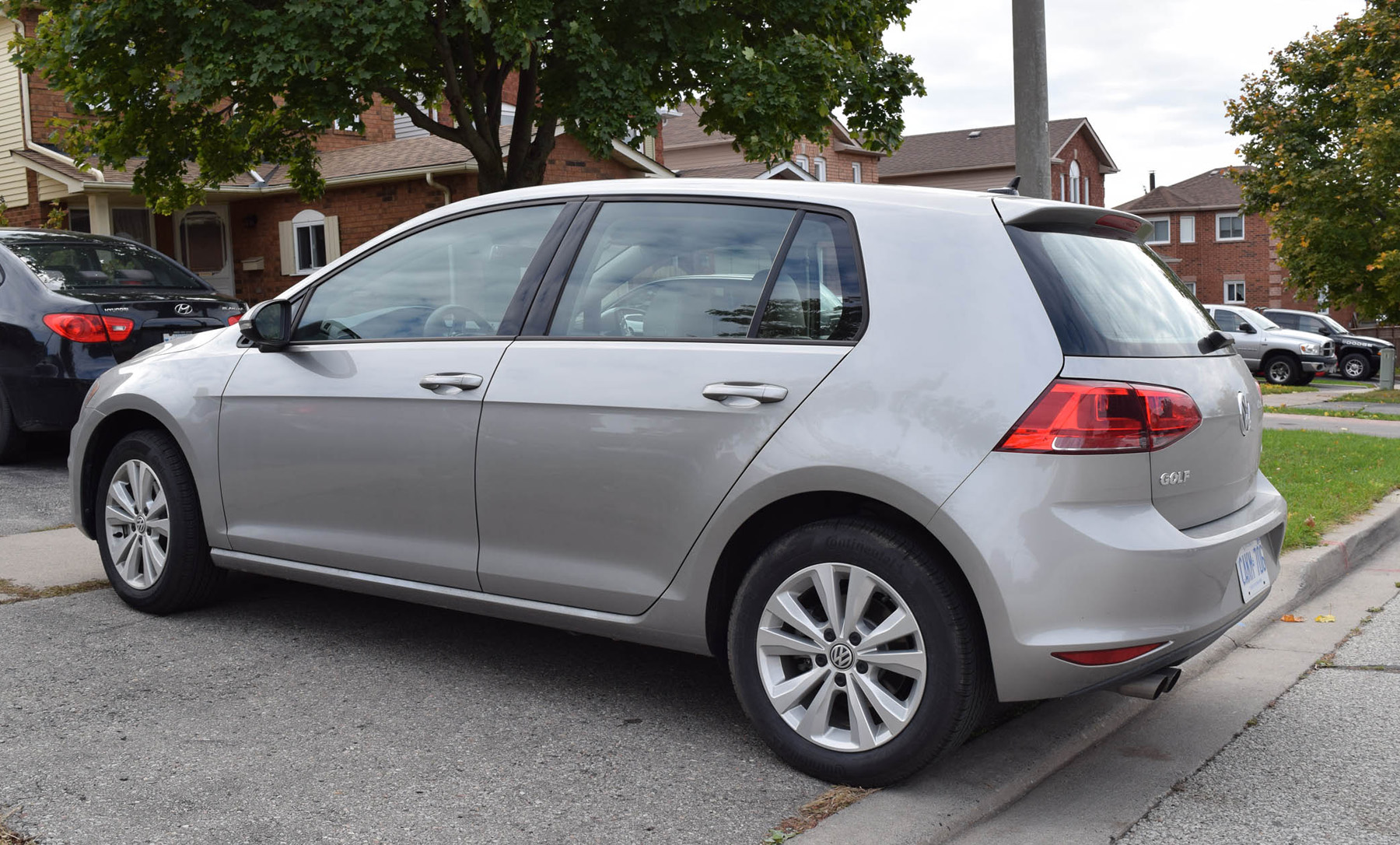 The rear of the 2017 Golf shows off the hatchback styling that has be synonymous with VW since 1974.