Automaker’s latest offering is a comfortable, safe and elegant ride.

MONTAUK, N.Y.-The 2017 Volvo S90 luxury sedan was one of my most highly anticipated cars to debut this year.

First, it shares pretty much all the oily bits with the excellent XC90 luxury crossover, which won just about every “-of-the-Year” award for which it was eligible, except for Canadian Utility Vehicle of the Year, a result that still has me shaking my head;

Second, when the S90 was formally unveiled early this year at Detroit, it proved to be a very handsome car.

That’s for the T6 model, with a 2.0-litre, four-cylinder engine that is both turbocharged and supercharged, producing 316 horsepower, driving all four wheels through an Aisin-Warner eight-speed automatic transmission.

So, have my expectations been met?

At this point, I have to give the car an ‘incomplete.’

It gets off to a good start, being a lovely looking thing, especially in the silvery-blue metallic colour of our test car.

The interior, pretty much the same as the XC90, is also lovely to look at and to touch, with a classically Scandinavian theme, executed in mostly high-quality materials. Lots of room for people and stuff. And it has comfortable, supportive seats, which have been a Volvo trademark for generations. 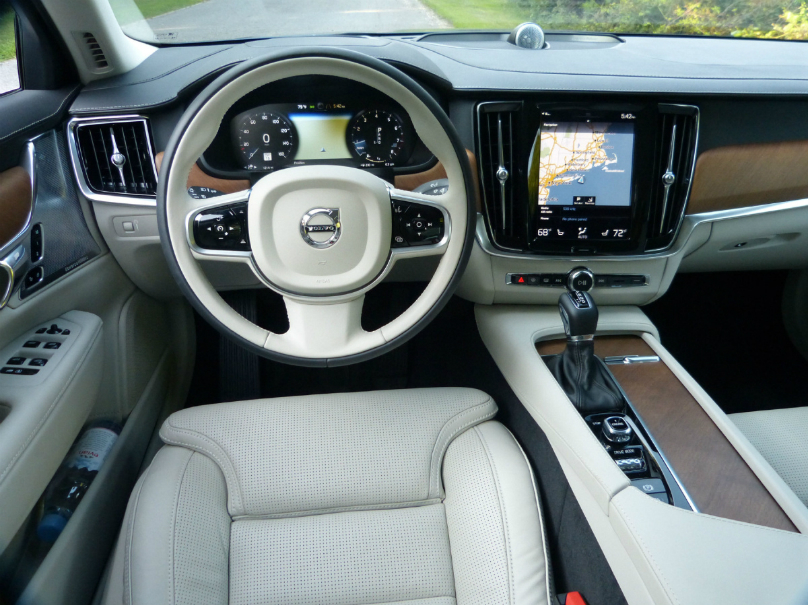 The dash is dominated by a huge, vertically oriented touchscreen which is organized in a so-called ‘tile’ motif, with major functions like the audio system and climate control always on display; touch the tile you want and it expands to show more detail.

All the swipe and pinch gestures you’re familiar with from your smart phone are here. You aren’t allowed to use your phone when driving, but this is somehow OK?

It’s nowhere near as good as proper knobs and levers, but with so much stuff in cars these days, they’re running out of space to put them.

You’ll need some time to figure it all out. In the damning-with-faint-praise department, this touchscreen is probably the best in what is clearly a pretty slow field.

Safety in the S90 is beyond question, with Volvo having answers to questions most carmakers haven’t even asked. For instance, should the vehicle experience an off-road event in which the vertical loads imposed on the occupants might result in dangerous levels of spinal compression, elements in the front-seat frame are designed to fracture to absorb these loads.

The ‘pedestrian detection’ system has been upgraded to also now recognize ‘large animals,’ such as deer and moose. 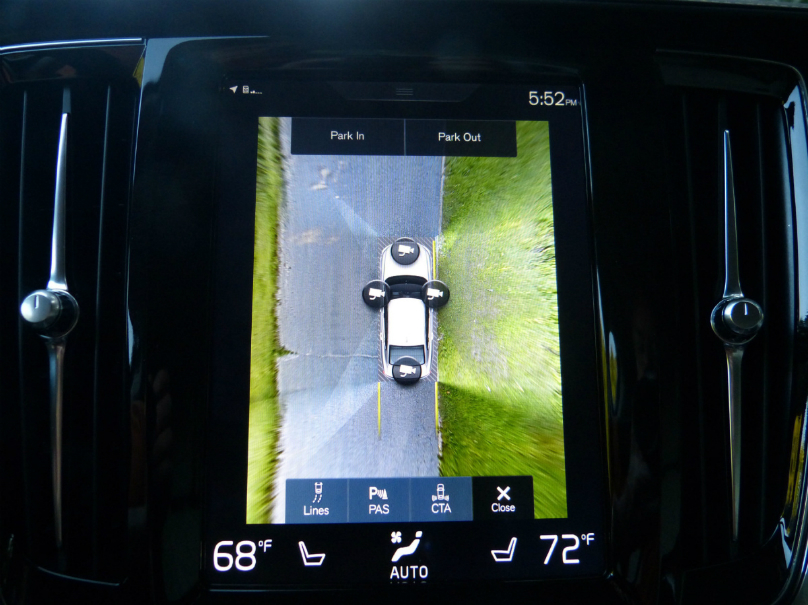 Should you fail to heed the car’s warnings of impending high-speed butchering, it will automatically apply the brakes to stop the car if it can, or at least minimize the damage.

And on the seat belt tangs Volvo has stamped ‘1959,’ a jibe at other carmakers, in effect cheekily asking them, “And when did YOU start putting three-point seatbelts in your cars?”

So, what are we missing?

Mostly, proof that the vehicle drives as well as we fully expect it will.

Montauk is in the Hamptons, on the farthest eastern tip of Long Island, N.Y. This region mainly serves to remind visitors of the poor life choices they have made. The average home out here must cost the national debt of half of the countries in the United Nations. Million-dollar yachts are boat-bumper-to-boat-bumper in every harbour. How many corporate sharks, Gordon Gecko leveraged buyout crooks and drug dealers can there be in one town?

The streets are all pretty much limited to 30 m.p.h., and with this much wealth everywhere, you have to suspect there’s a cop lurking behind every tree, radar gun in hand. And of course, the roads are perfectly paved.

Which makes it rather difficult to evaluate the S90’s dynamic characteristics.

What I can tell you is that the twin-forced-induction engine gets off the line quickly, the supercharger taking care of any low-end turbo lag.

It is also reasonably quiet for a four, aided in part by a noise-cancelling feature in the high-end Bowers and Wilkins sound system.

The transmission gets a little busy as it attempts to keep the engine in its most efficient rev range, but it shifts smoothly.

A knurled knob on the centre console allows you to choose from four ‘Drive Modes,’ which modify engine, transmission and steering response, as well as brake application, ESC calibration, and the idle Stop/Start function. 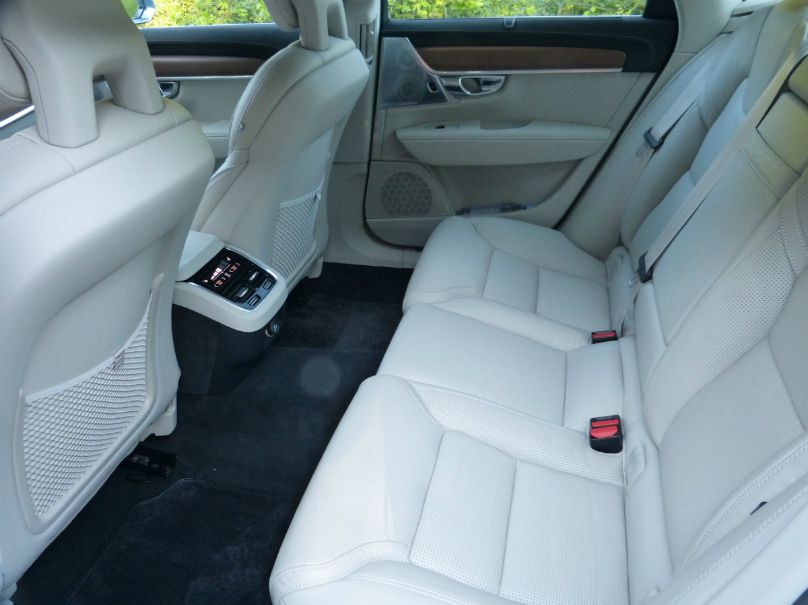 ‘Comfort’ is always the default. ‘Dynamic’ does what you would expect, making the car feel sportier. Likewise, ‘ECO,’ which maximizes efficiency. The fourth setting, ‘Individual,’ allows you to select from various settings for the various parameters to suit your own taste.

The T6 also offers Volvo’s second attempt at semi-autonomous driving. ‘Pilot Assist 2’ is called a ‘hands-on’ system, and is essentially lead-follow cruise control with a degree of self-steering.

In case you didn’t see my recent column on semi-autonomous driving systems, let me summarize: It is awful.

At least the steering part. It hunts and pecks, has the car juking and jiving all over the place as it tries to find the edge of the road.

Note that just because the car has this capability doesn’t mean you have to use it. You can still take advantage of the smart cruise functions; just keep your hands on the wheel.

As far as I could tell on the well-maintained roads, the ride is good, aided, no doubt, by the fact that so far, anyway, Volvo has not followed some of the competition down the primrose path of run-flat tires.

Volvo says the S90 luxury sedan is not intended to be a ‘sports sedan’ as such, but more of a “Scandinavian Sanctuary,’ a comfortable, safe and elegant transportation module.

As such, they hope to appeal to Audi A6/BMW 5-Series/Jaguar XF/Mercedes-Benz E-Class intenders, to name its primary European competitors, as well as a gaggle of Japanese candidates.

Also Read: Cadillac CTS stands out from the crowd

Although Volvo has been fairly dormant for a few years following its sale from Ford to the Chinese Geely company, the early success of the XC90 indicates that the brand’s value is still well recognized in the marketplace.

The S90 sedan competes in a smaller and shrinking segment, but one in which all the players have to be in to be seen as serious.

Other iterations, including a front-drive T5 with a 250 horsepower turbo-but-not-supercharged engine and the T8 hybrid, are on the menu; whether Canada gets them, and if so, when, has yet to be revealed.

Volvo will also play its historical strength in wagons with the V90, coming next year in ‘normal’ and jacked-up ‘Cross Country’ versions.

As a two-time Volvo owner in the company’s storied past, I’m glad to see them coming back. 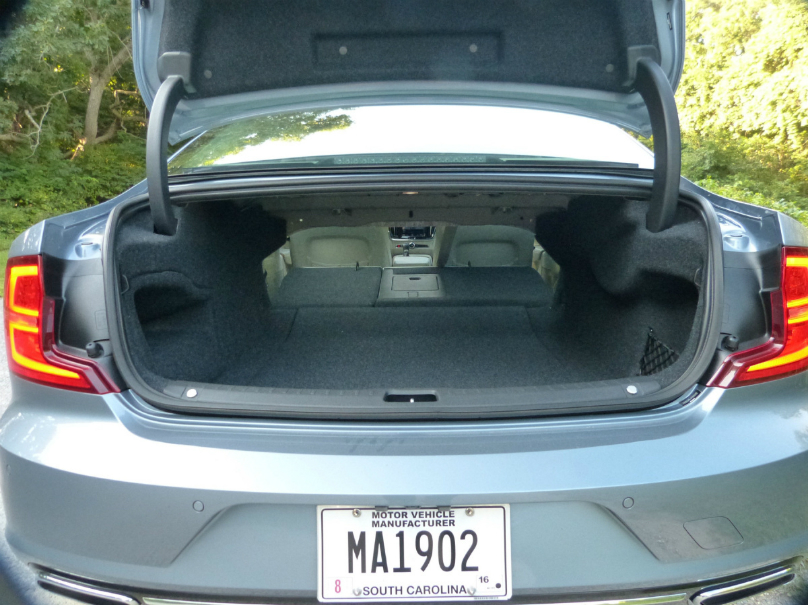