We’re talking about the all-new, seventh generation of the sedan that arguably is the wellspring from which all BMW mid-size sedan DNA is drawn.

NAPA, CA: Imagine the perfect day in California wine country made all the more so as my co-driver and I glided up Napa’s Hwy. 29 in the all-new 2017 BMW 5 Series.

It was sublime, with full sun and no cloud at about 14 C with people enjoying the Wine Train that runs down the centre of the highway, allowing passengers to get off and on at whatever winery they chose without worrying about drinking and driving – all very civilized.

Pulling into the legendary Gott’s Roadside in St. Helena there had to something like 200 people lined up for what might be the juiciest hamburgers and chicken on the planet.

When I was there, Americans were celebrating Martin Luther King Day and everyone I saw seemed to have a smile on their face. 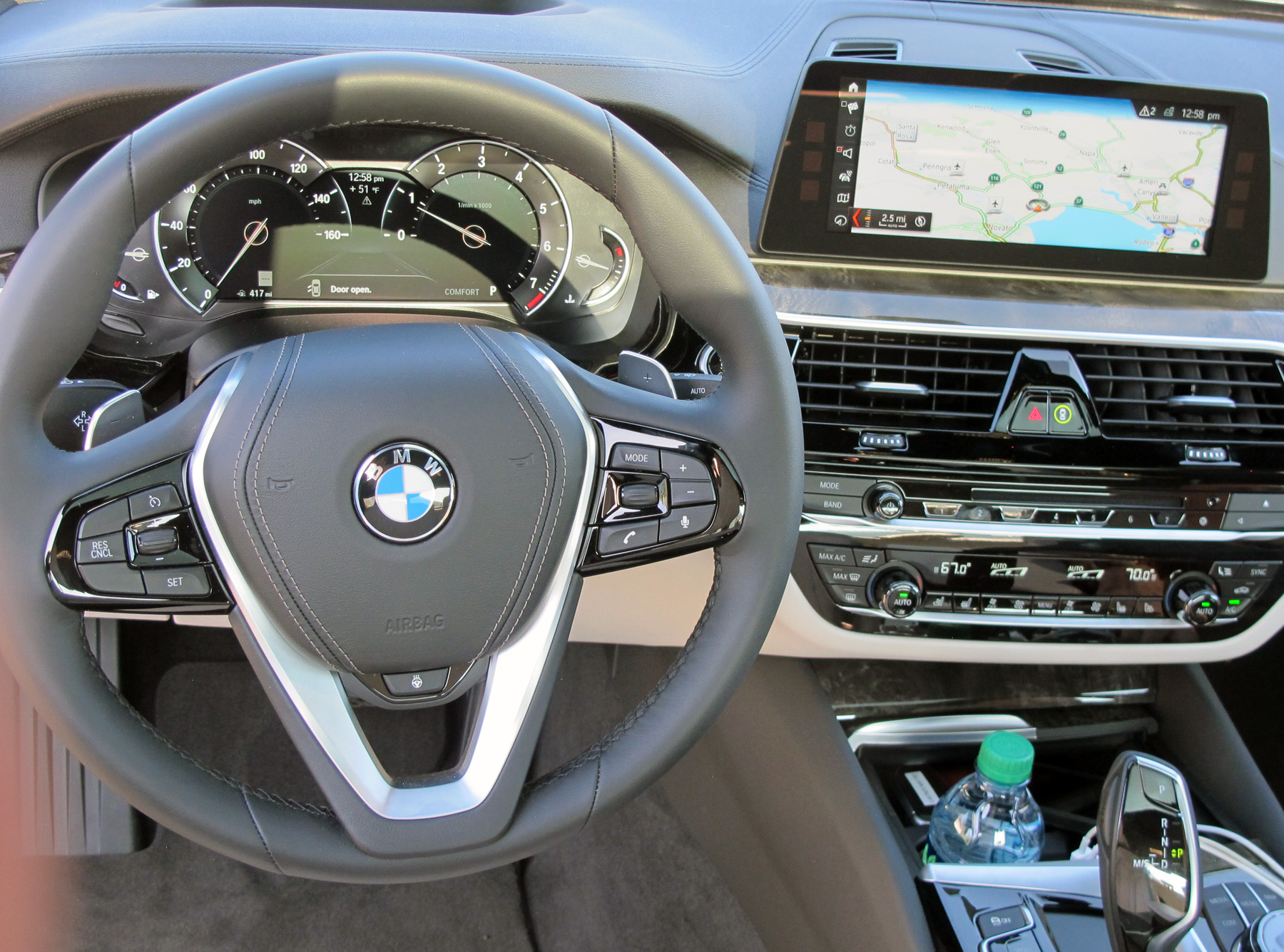 Yep, it was Napa at its best and, pulling into my favourite winery in the world, Cakebread Cellars (no wine tasting and driving by the way), the new 5 Series fit right in with the demographic of those taking the tour.

They will be followed later in the year by the range topping M550i xDrive and the hybrid 530e xDrive.

Interestingly, the first BMW I owned (I had five until marriage and kids came along) was a 1975 530i in Safari Beige and probably one of the best cars I ever owned because it was so robust and reliable.

But this is 2017 and we’re talking about the all-new, seventh generation of the sedan that arguably is the wellspring from which all BMW mid-size sedan DNA is drawn.

And like all BMWs, it is at the forefront of technology including the state-of-the-art chassis with Integral Active Steering coupled with BMW’s own xDrive AWD system and adaptive mode driving selection. 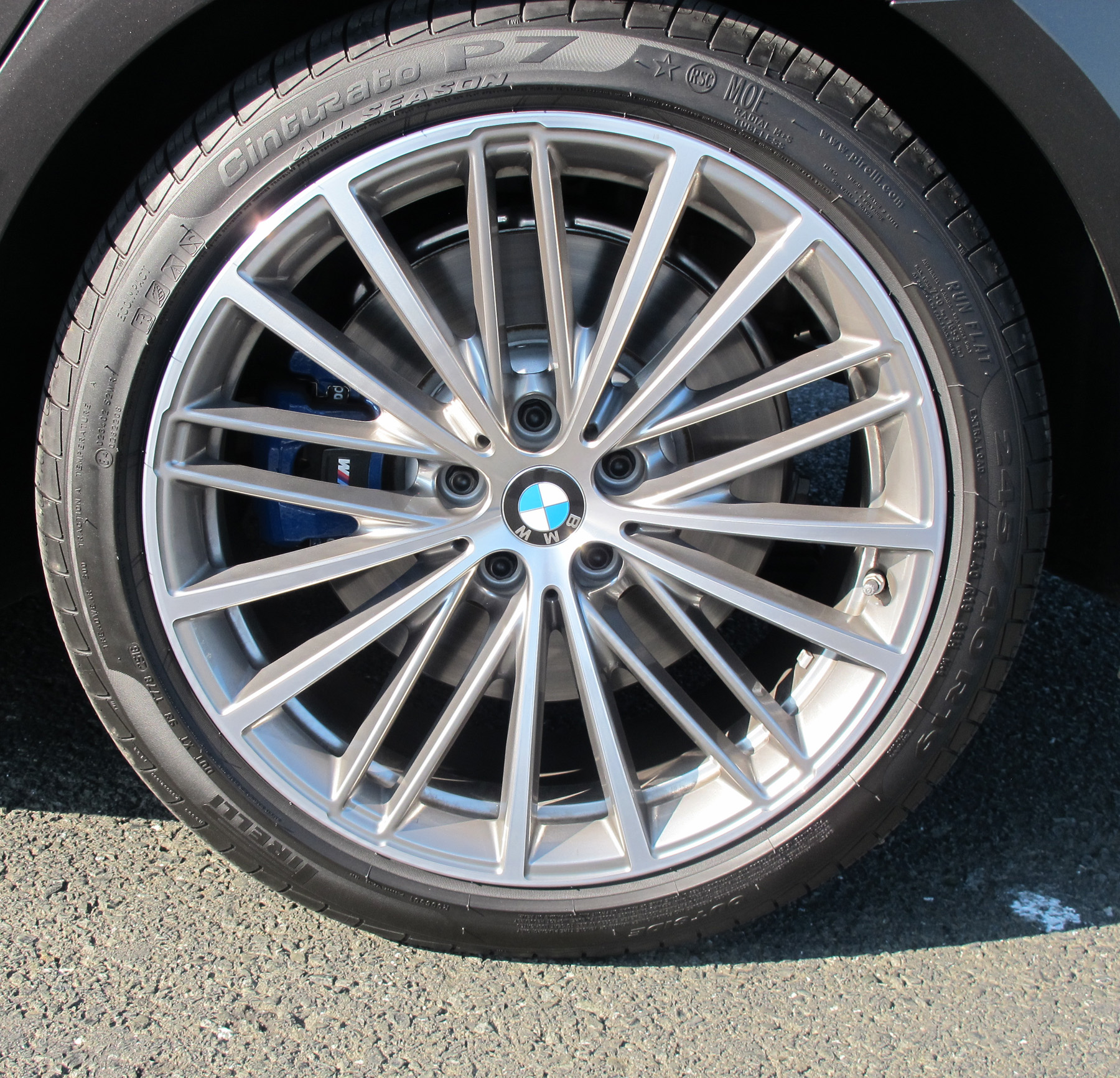 There is a new user interface called iDrive 6.0 that, just to mention a few, includes the latest Head-Up Display, upgraded Voice Control which incorporates natural speaking input and the you-have-to-use-it-to-believe-it Gesture Control.

All this and more was revealed during the North American media launch of the new 5 Series in southern California, where I was able to experience both the 530i xDrive and 540i xDrive.

While it is considered to be mid-size, the new car is 36 mm longer than the outgoing model, now stretching out to a full 4,935 mm or almost five metres.

Also Read: Making the case for adaptive headlights in Canada

Eagle-eyed Bimmer spotters will know four-cylinder engined models (530i) comes with circular tailpipes while six-cylinders (540i) and models with the M Sport package are trapezoidal.

There are no less than 13 exterior colours. 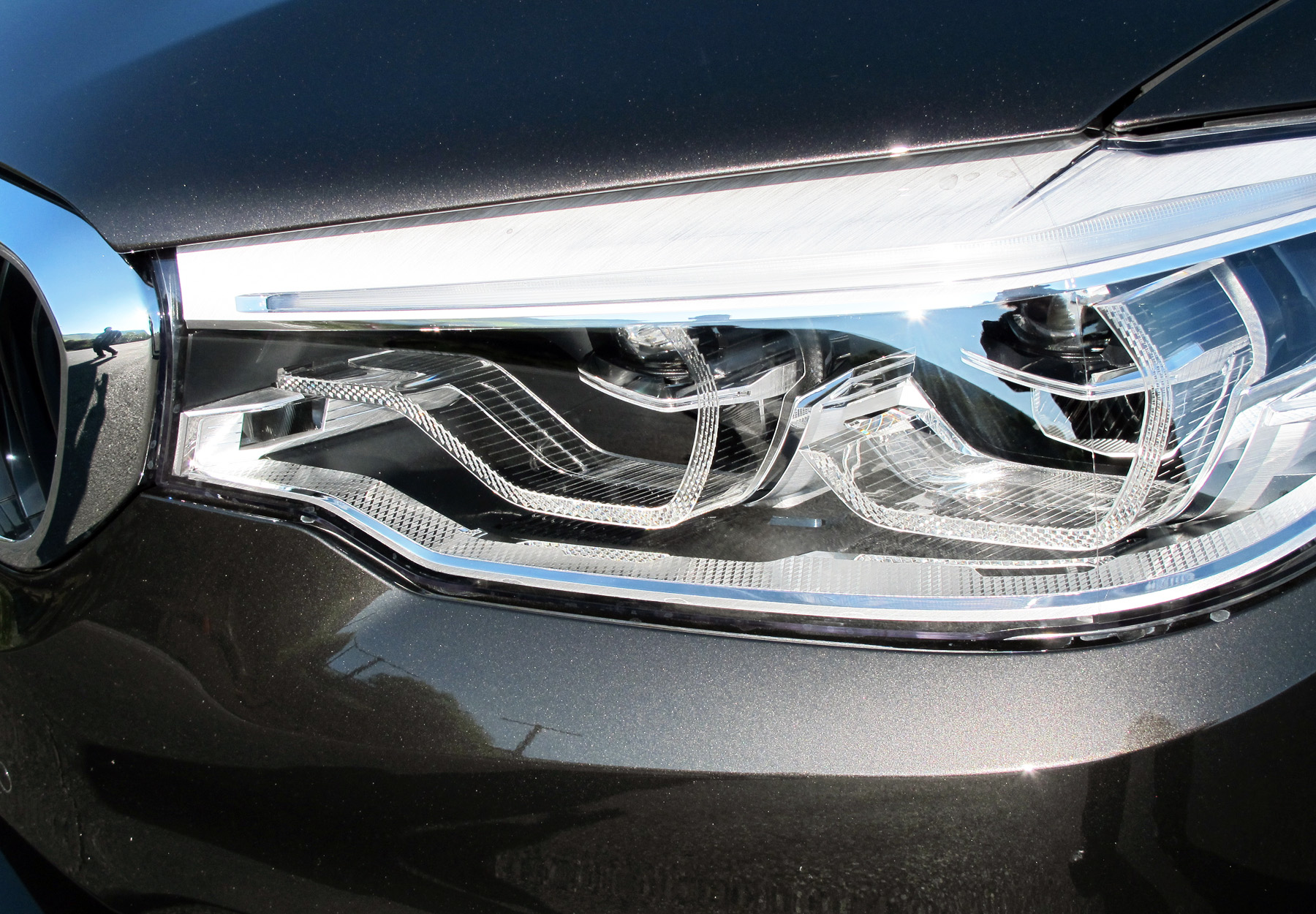 The available 20-way Multi-Contour front seats have – get ready – eight different massage modes each sub-divided into three intensity settings, thanks to 20 air chambers built into the seat backs and cushions.

The 530i boasts an all-new 2.0-litre direct injection twin turbo inline four-cylinder with 248 hp and 258 lb/ft of torque while the 540i has a 3.0-litre inline six-cylinder engine with twin turbos and direct injection for 335 hp and 332 lb/ft of torque resulting in 0-100 km/h times of 6.0 and 4.8 seconds respectively. Both models have an eight-speed automatic transmission.

Our planned driving route included climbing up into the mountains east of San Francisco, which were closed due to heavy rains and mudslides resulting in the perfect excuse to head to Napa. 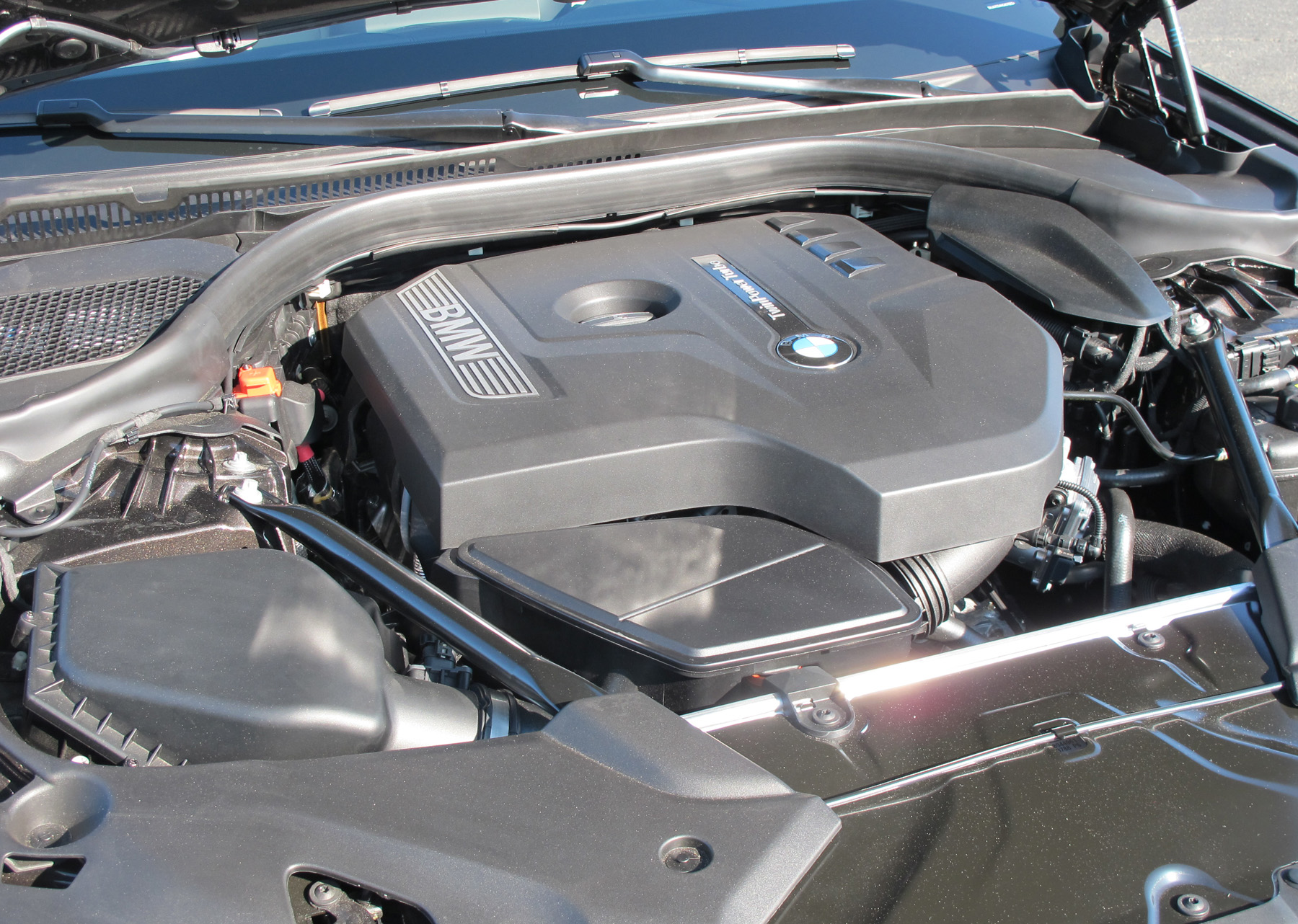 The latest version of BMW’s xDrive further contains over- and understeer to the point my co-driver and I could not tell (even thought we tried a few violent lane changes) what wheels were taking the torque. It was that stable.

We made a lot of use of the Driving Dynamics Control (DDC) which is accessed by switches on the centre console offering a choice of Comfort, Sport and Eco Pro with the latter two enhancing power and chassis settings to adapt to road conditions. Optional is a fourth DDC mode called Adaptive, which molds steering, shocks and chassis to driver inputs.

One thing I can’t leave out is the navigation system and its ability to see traffic problems ahead.

Coming back from Napa on the morning after Martin Luther King Day for an 11:50 a.m. flight, there are really only two ways to go – the Bay Bridge or Golden Gate Bridge.

Looking at the interactive map in horror, with every route to the Bay Bridge in red (meaning stop and go), the system would think and plot out a new route almost by the minute.

There is so much more to the new 5 Series, but I’ll leave that to readers who can discover all this and more when they book a test drive. 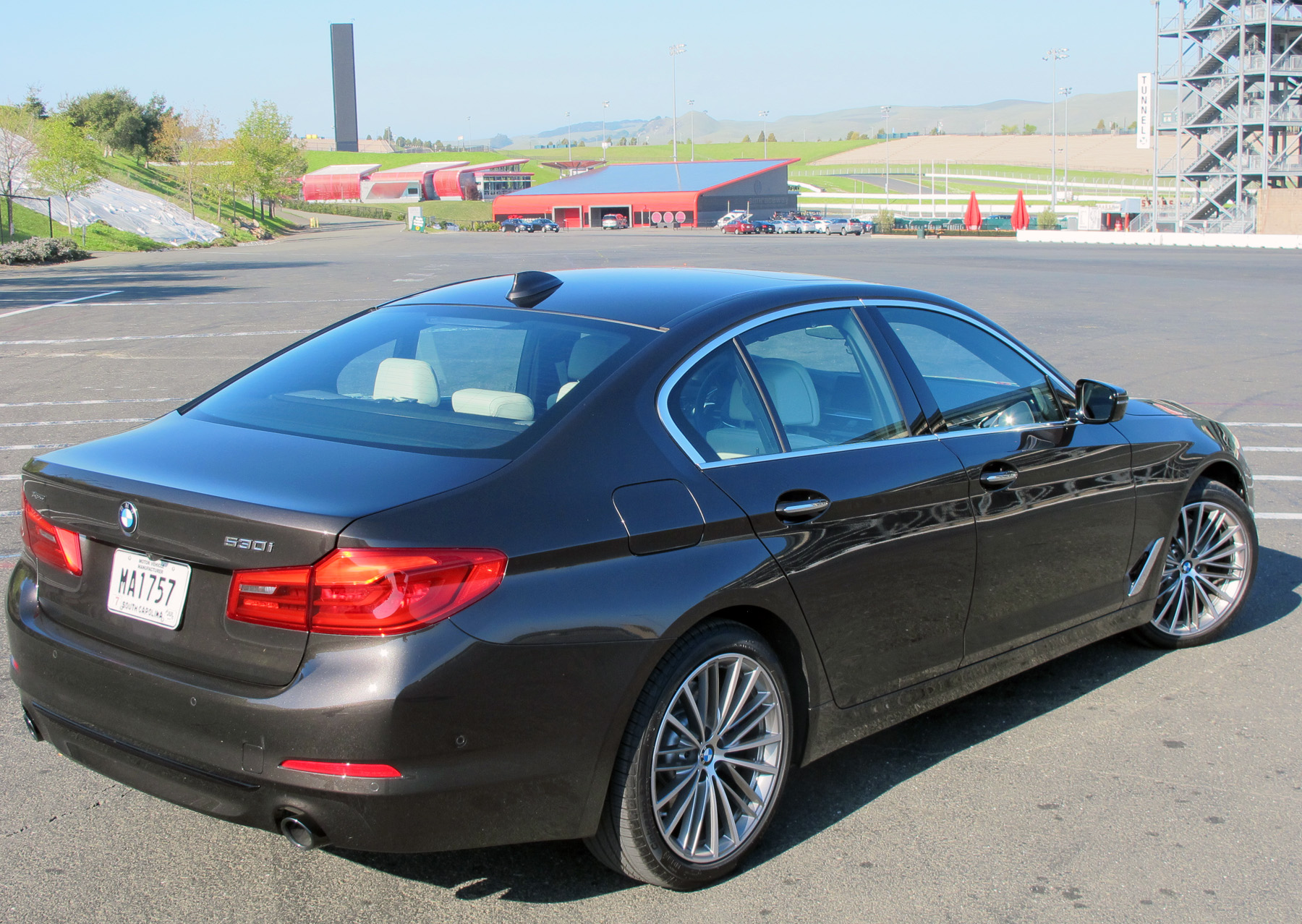