Looks like an everyday Dodge Durango SUV, but the red brake calipers and little “392” emblem on the fender lets you know this is the 475 hp model SRT version with AWD.

INDIANAPOLIS, IN: Back in the helicon days of 1960s street drag racing, something like the Dodge Durango SRT was known as a “sleeper”.

Sleepers were meant to deceive — looking milk toast on the outside but hiding a very high performance drivetrain under the skin.

Forget all those Beach Boys/Jan and Dean songs about California. For many others, and me, the epicentre of street drags was Detroit’s Elias Bros Big Boy Restaurant on Woodward Avenue near Seven Mile Road.

Pull up to a stoplight, look over, and if you got a nod, the race was on and sleepers were the worst.

The scourge was a 1953 rusty Buick hardtop with one taillight out and the front bumper held on by a price of wire. But when the light turned green, there was an almighty roar from whatever was under the hood and blue flames shooting out of the straight pipes as it left you for dead.

As the story goes, back then a small group of Detroit-based young Dodge engineers starting building their own sleepers to beat the big V8s being put out by GM.

They called themselves the Ramchargers and they grew into the official Ramchargers drag team that swept all before them, begetting such wonderful engines such as the Hemi V8 and “wedge” 427 Hemi.

Flash forward a half century and Dodge is still building astounding muscle cars such as the Charger Hellcat and the 840 hp Challenger Demon.

And yes, they still make a “sleeper” in the form of the 2018 SRT version on the full-size Durango SUV platform. 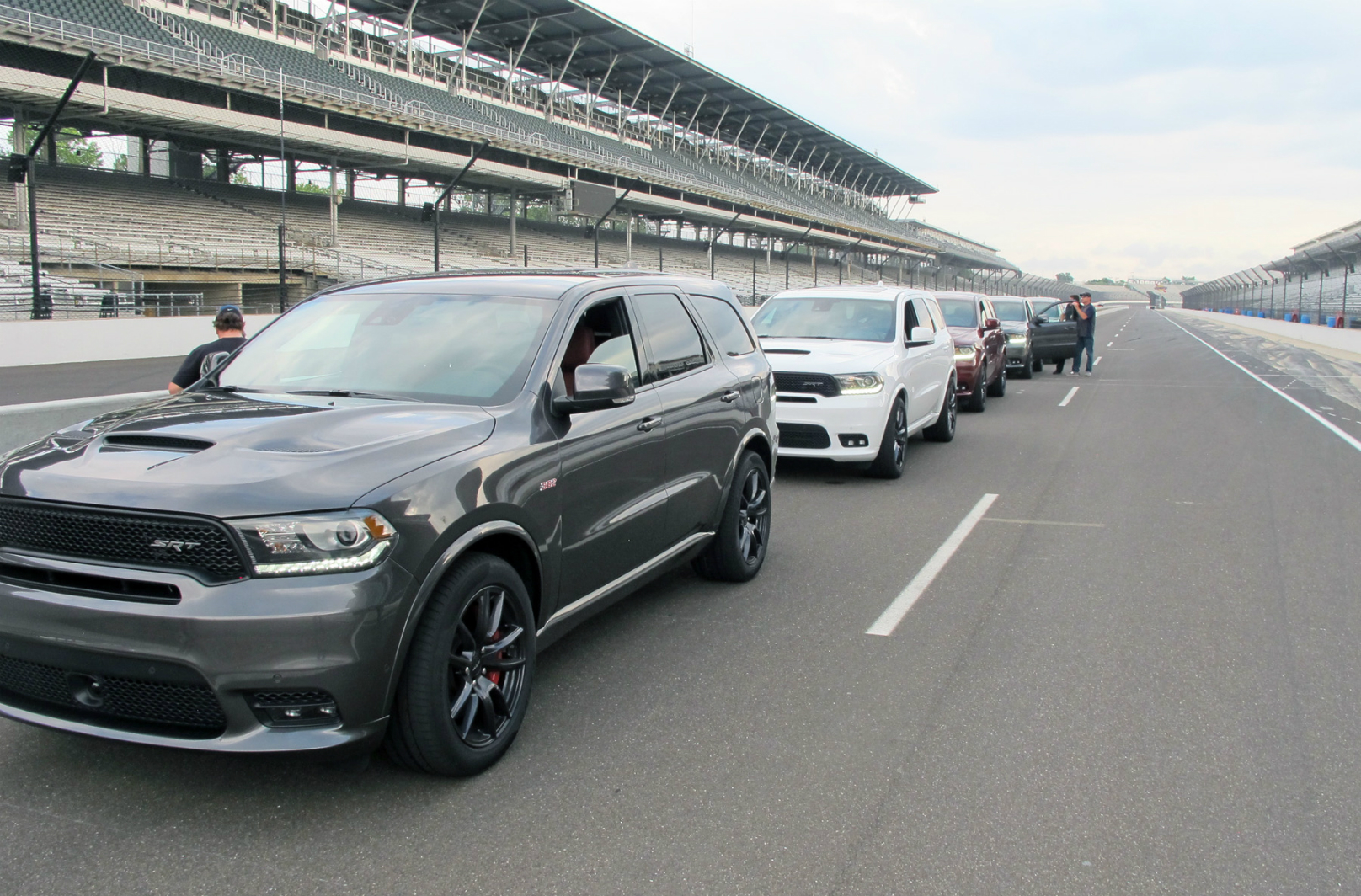 From the outside it looks like any other Durango, except for the “392” badge on each fender and “SRT” on the rear liftgate and revised grille.

Under the hood with functional air scoop and twin engine bay heat extractors sits a 6.4-litre overhead valve (OHV) Hemi V8 with 475 hp and 470 lb/ft of torque hooked up to an eight-speed TorqueFlite automatic transmission and enhanced performance AWD. 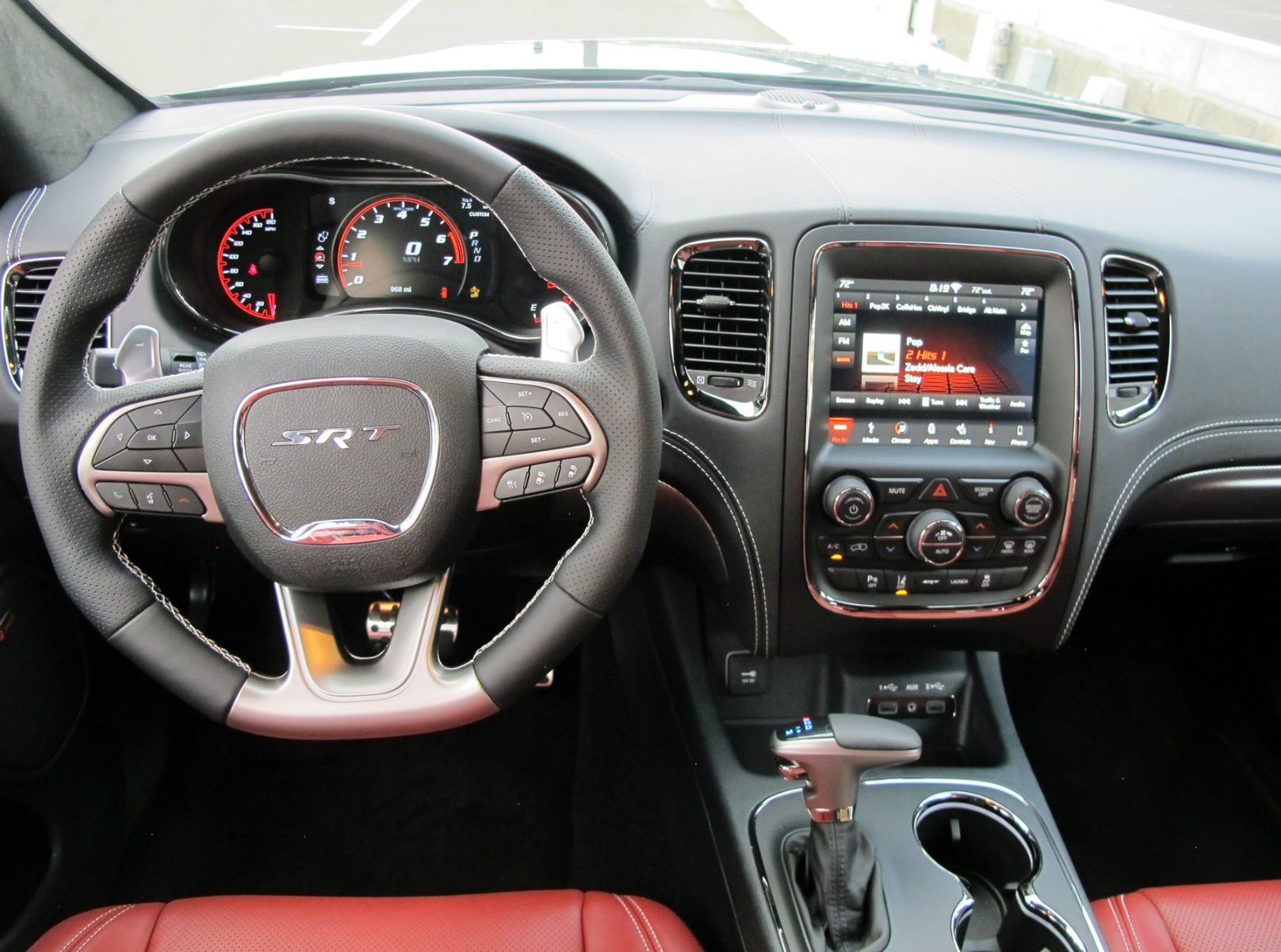 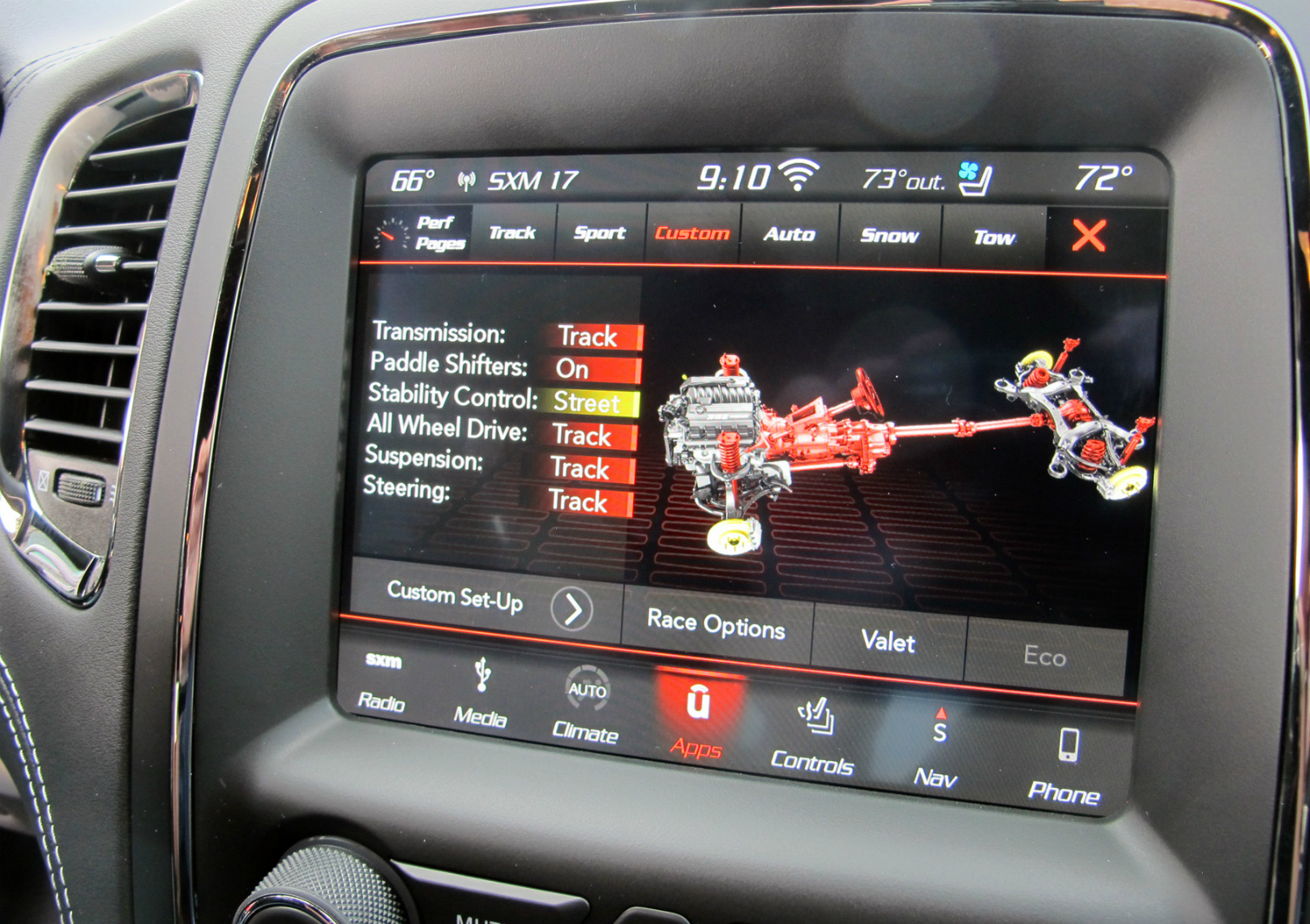 Aiding this is the Active Damping System that alters the damper valve opening and closing according to the mode selected.

Part of the press introduction involved taking the Durango SRT out on the fabled Indianapolis Motor Speedway, including the infield road racing track but also the daunting main straightaway.

After three familiarization laps in a Chrysler Pacifica, which acquitted itself quite well, it was time to get out there and go for it. 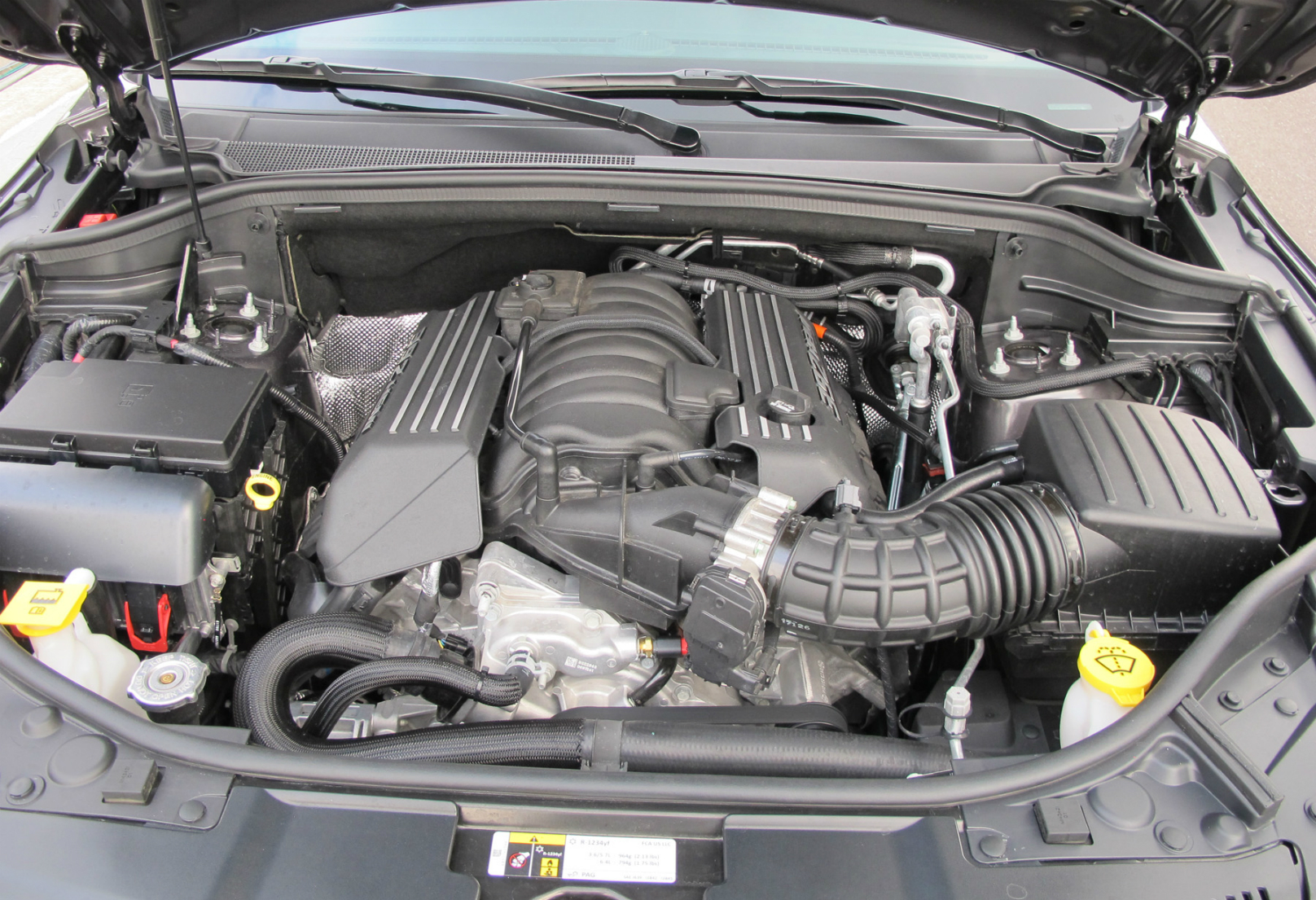 Thundering down the main straight at about 140 mph and then hammering the brakes of a 6,500 lb SUV to get it down to negotiate a 60 mph corner to enter the infield was something I left to the instructor — and what a ride it was.

All the time there is a bellow coming from the rear interspersed with the “blap” of the rev-matching throttle blipping kick-down with the transmission.

With the AWD torque available to all four wheels, the grip was amazing, including doing about 70 mph through a 90-degree corner. 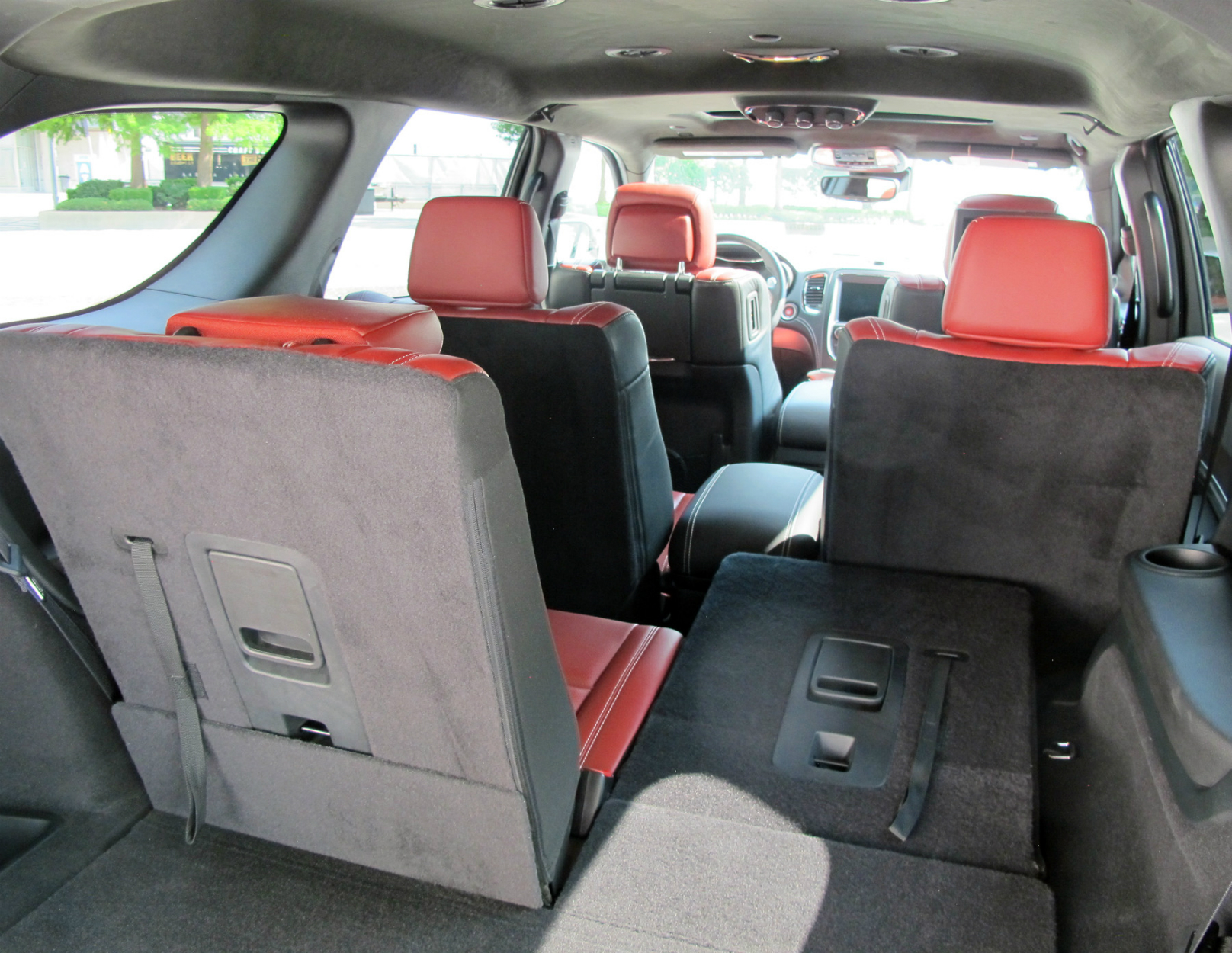 And while all this was going on, I’m seated in a premium full-leather interior with red inserts on the seats and screens imbedded into the back of the front seat headrests, presumably for second row captain’s chair passenger who would rather watch a movie.

One thing that struck me on the US-spec Durango was the speedo face reading 180 mph (about 300 km/h in Canada).

Another thing I never thought I’d see in a full-size SUV is launch control that lets the driver blend engine, transmission, driveline, stability control and suspension together for optimal straight-line acceleration.

After Indy, it was a drive to the next stop and the Lucas Oil Raceway for an encounter with the Dodge Challenger Demon, which is recounted elsewhere on these pages. 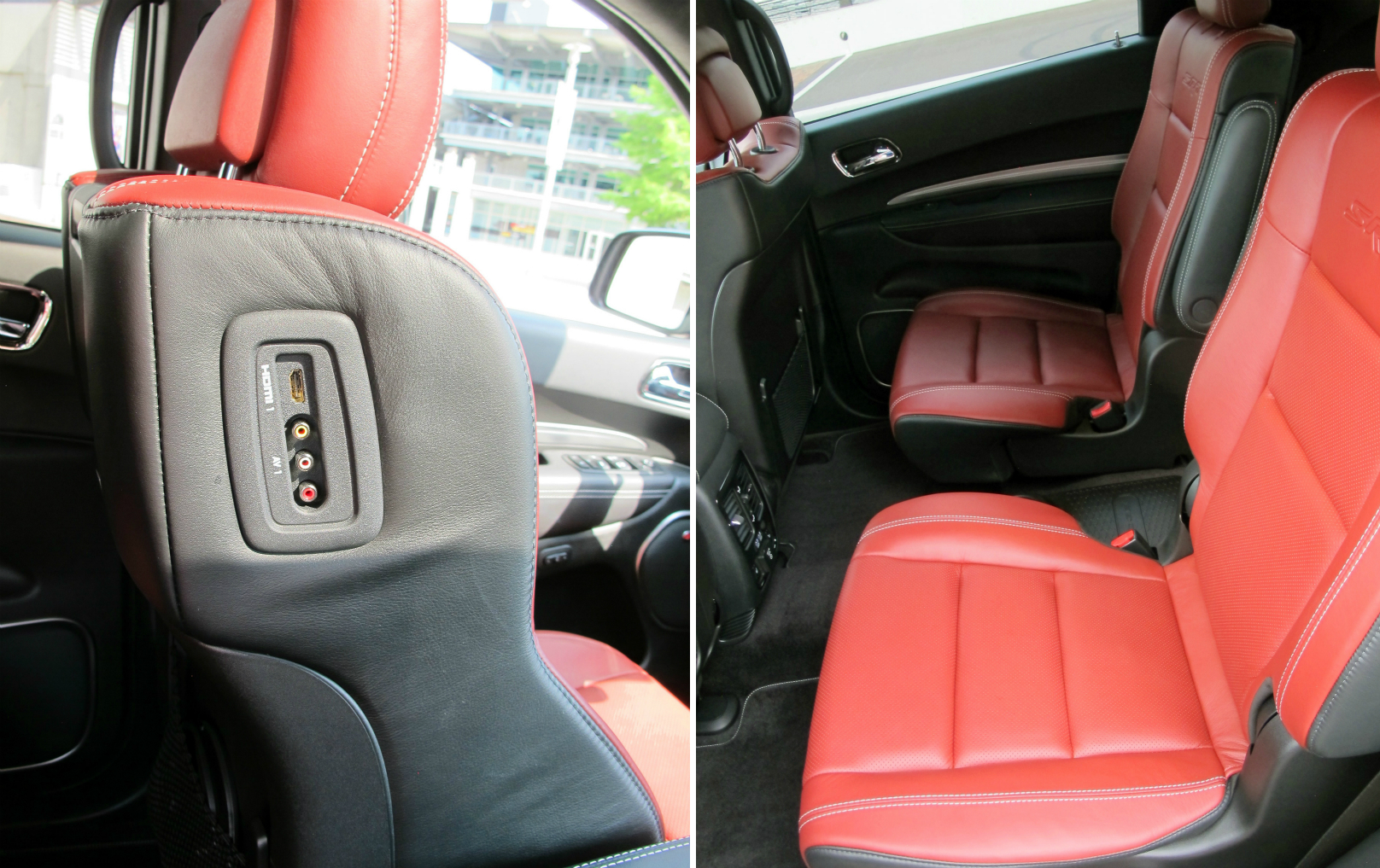 In normal street driving, the Durango SRT was, well, normal.

It’s near standard SUV looks attracted little attention, even when a guy in a Camaro SS pulled up beside me at the light.

No, I didn’t do anything silly but, in the back of my mind, I wished I’d had the Durango SRT 50 years ago when that old Buick was lurking around on Woodward Avenue.

And the best part is all this computerized performance and luxury costs $72,495 not including the $1,795 shipping fee. 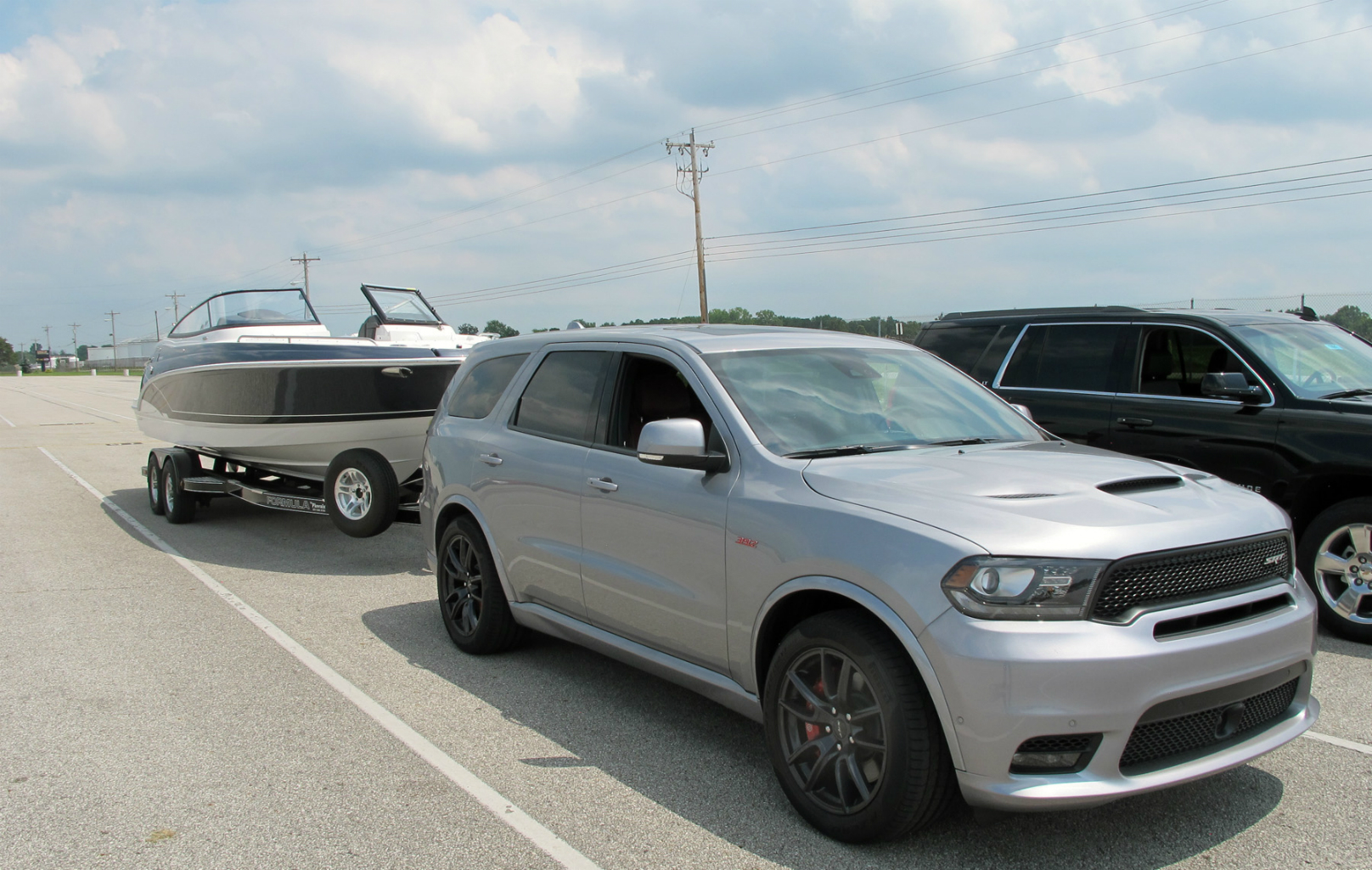