As a used car, Nissan's mid-seize sedan had guts but its transmission was problematic.

Leonardo DiCaprio’s acting chops in The Revenant finally earned him an Academy Award — though we wonder if Nissan’s service advisers could have given Leo a run for his money.

“I was told there was no problem detected and the service people could not replicate the issue,” one Altima owner wrote online after his car shuddered and stalled on the road.

The Internet is brimming with grievances involving Altima transmissions.

The lowest-ranked Japanese automaker in the 2016 J.D. Power Dependability Study is Nissan with 173 reported problems per 100 vehicles. This may be one reason why.

Primed to sell in the contested mid-size sedan segment, the fifth-generation Altima appeared in mid-2012 as an all-new 2013 model, sporting Nissan’s “coke-bottle” profile some found fetching. It rode on the same size wheelbase as before, though the body stretched about 3 cm longer and 4 cm wider than the outgoing car.

The front-drive Altima utilized a strut front suspension with a strut-tower brace and multi-link rear setup that was redesigned to improve handling. The new car weighed some 50 kg less due to more high-strength steel and the use of aluminum in the trunk, hood and roof, making it the lightest sedan in its class.

Legroom was excellent in the roomy cabin, both front and rear. The instrument panel was straightforward and easy to use. Front-seat comfort was exceptional. Supportive, yet soft, the seats offered a memory-foam-like feel that coddled with uniform pressure. Demonstrating its knack for marketing, Nissan called them “Nasa-inspired ‘zero-gravity’” chairs. 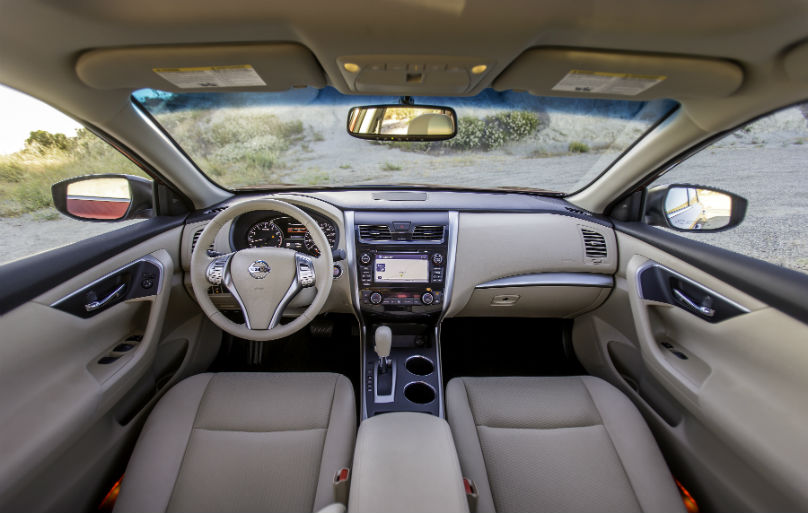 The base engine was the familiar 2.5-litre DOHC four, but with a 7 horsepower bump to 182 (and 180 lb-ft. of torque). Optional was the 3.5-litre DOHC V6, good for 270 horsepower and 251 lb-ft. of grunt. Both engines worked in concert with the standard CVT automatic transmission, redesigned with 70 per cent new parts to yield a 40 per cent reduction in internal friction.

DRIVING AND OWNING THE ALTIMA

The Altima has earned a reputation as a decent driver’s car with its energetic drivetrains and well-sorted chassis. The new car upholds the tradition, thanks in part to sharp engineering that trimmed away excess mass.

The clever CVT transmission — with its infinite number of gear ratios — is credited with imbuing the Altima with some spunk. Zero to 97 km/h comes up in 7.6 seconds with the four cylinder — a tick quicker than the archrival Honda Accord. The V6 is especially brawny, taking 6.1 seconds to attain highway velocity. 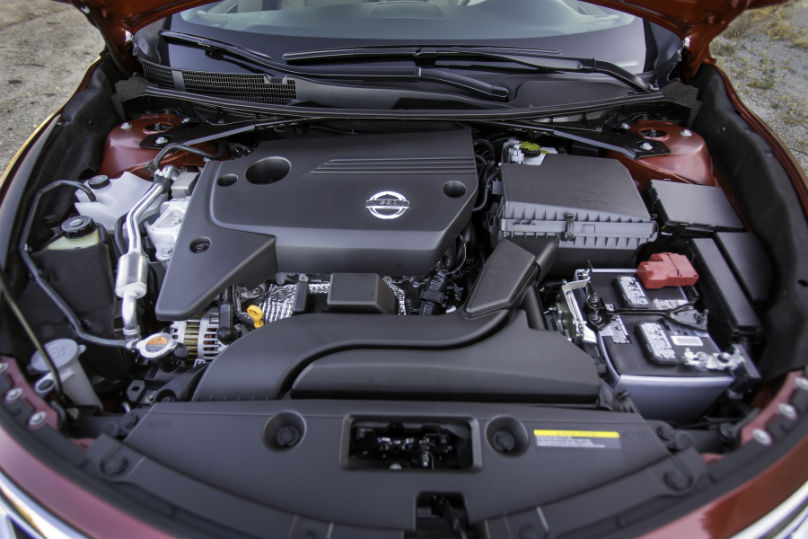 In other ways, however, the car telegraphs obvious cost cutting. The platform shudders over big bumps and the transmission allows the engine to become coarse when revs climb high. There’s a telltale drone that comes with the CVT, too. In a published comparison of four bestsellers, the Altima ranked third.

And what of reliability, a used car buyer’s primary concern?

As mentioned, the Jatco-supplied CVT was re-engineered to cut friction and boost fuel efficiency — and possibly sacrifice durability in the process.

“The CVT transmission shutters and shakes and it dies at low speeds or when put into Park. I’ve talked to others that’s replaced them two or three times,” reads one online comment. Post-warranty, replacement transmissions are more than $4,000 apiece.

Another disconcerting issue involves windshields that spontaneously crack for no apparent reason. Owners have parked their cars overnight in a locked garage, only to discover a large crack spreading across the windshield in the morning. Insurance often pays the tab, rather than dealers.

There are complaints about the Altima drifting at highway speeds, and a tendency for the car to disable the passenger-side airbags despite the seat being occupied.

Tell us about your ownership experience with these models: Volkswagen Passat and Ford C-Max. Email: toljagic@ca.inter.net